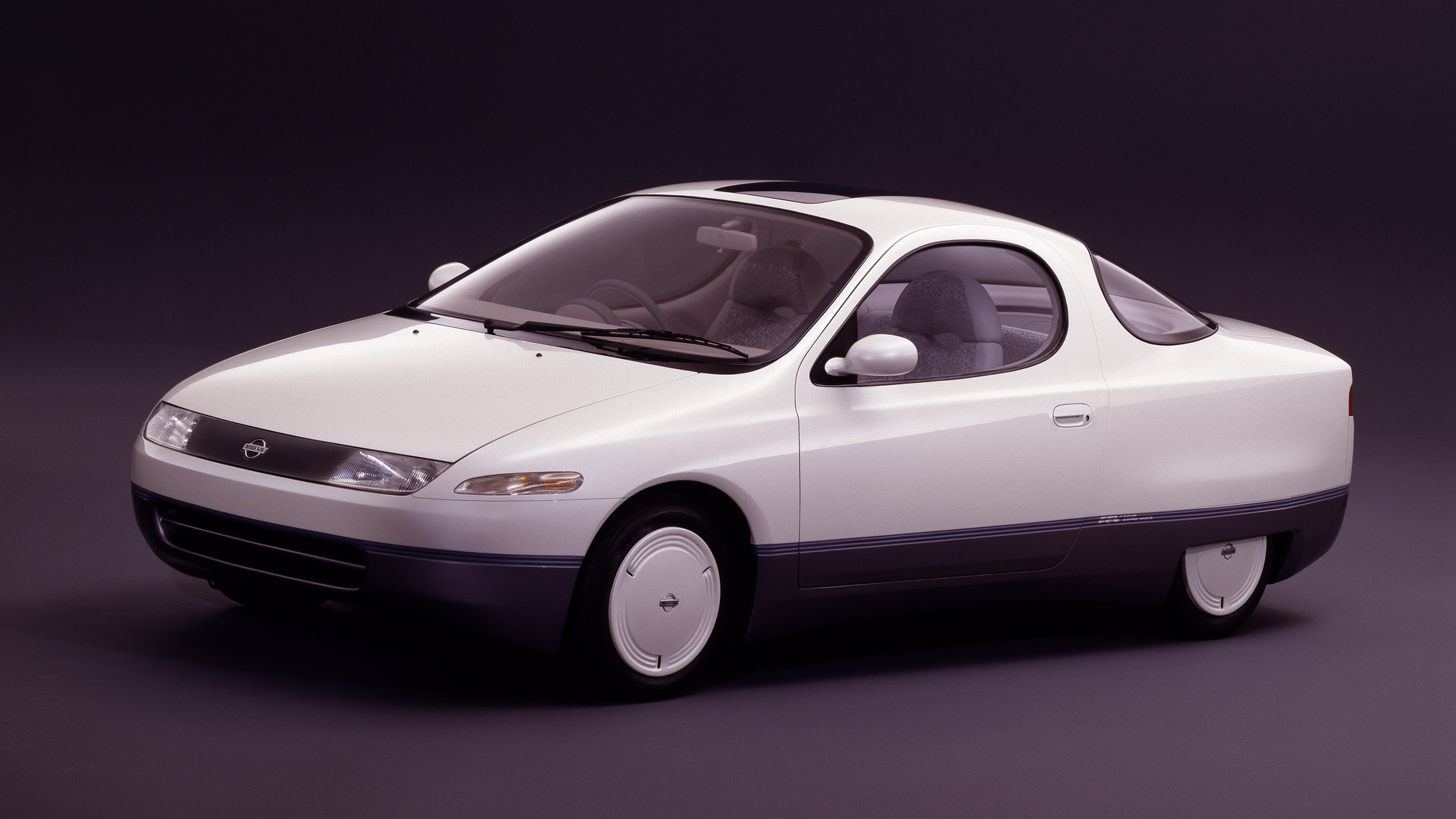 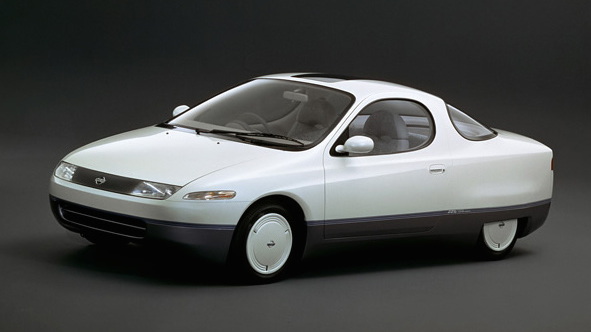 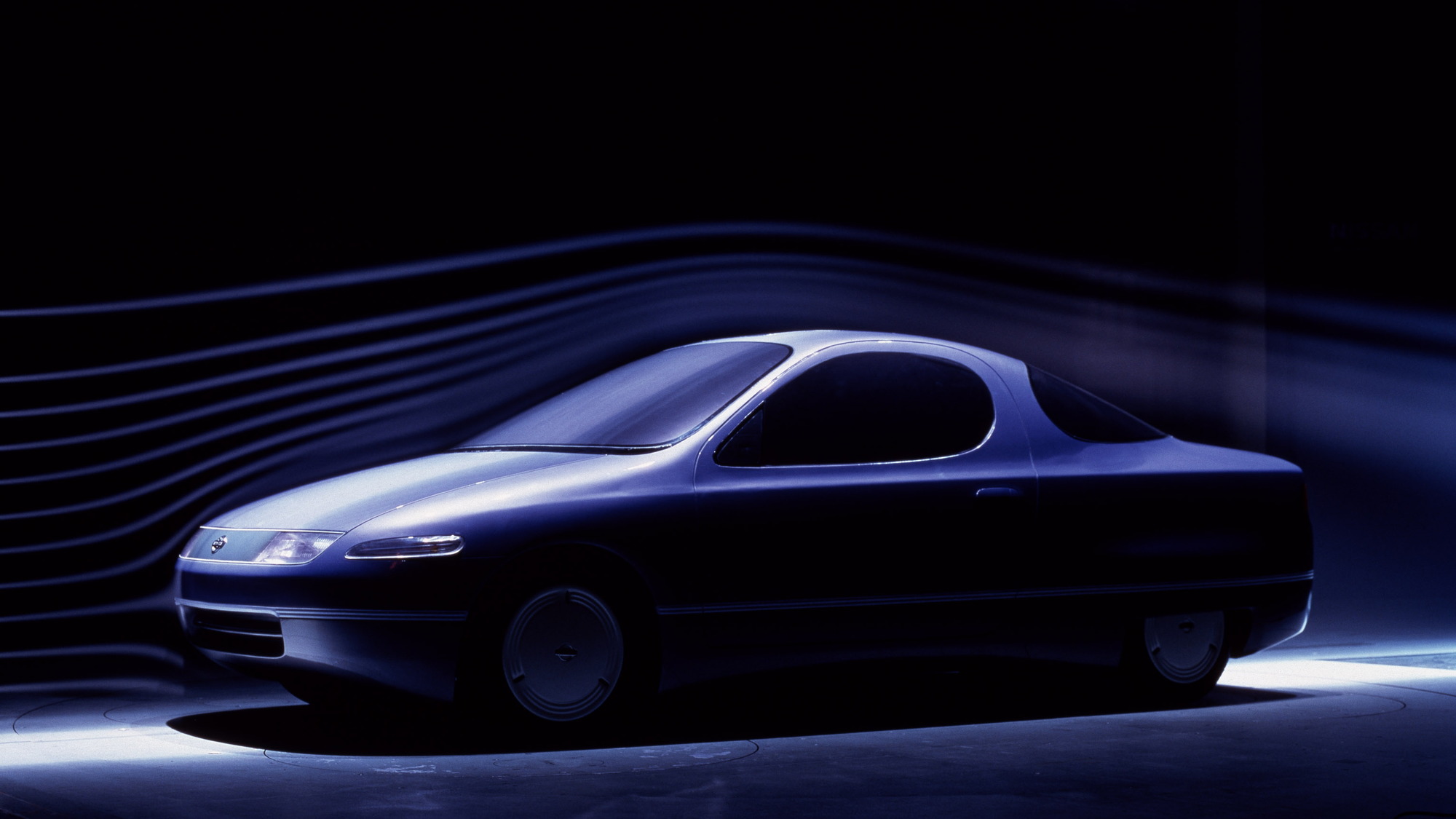 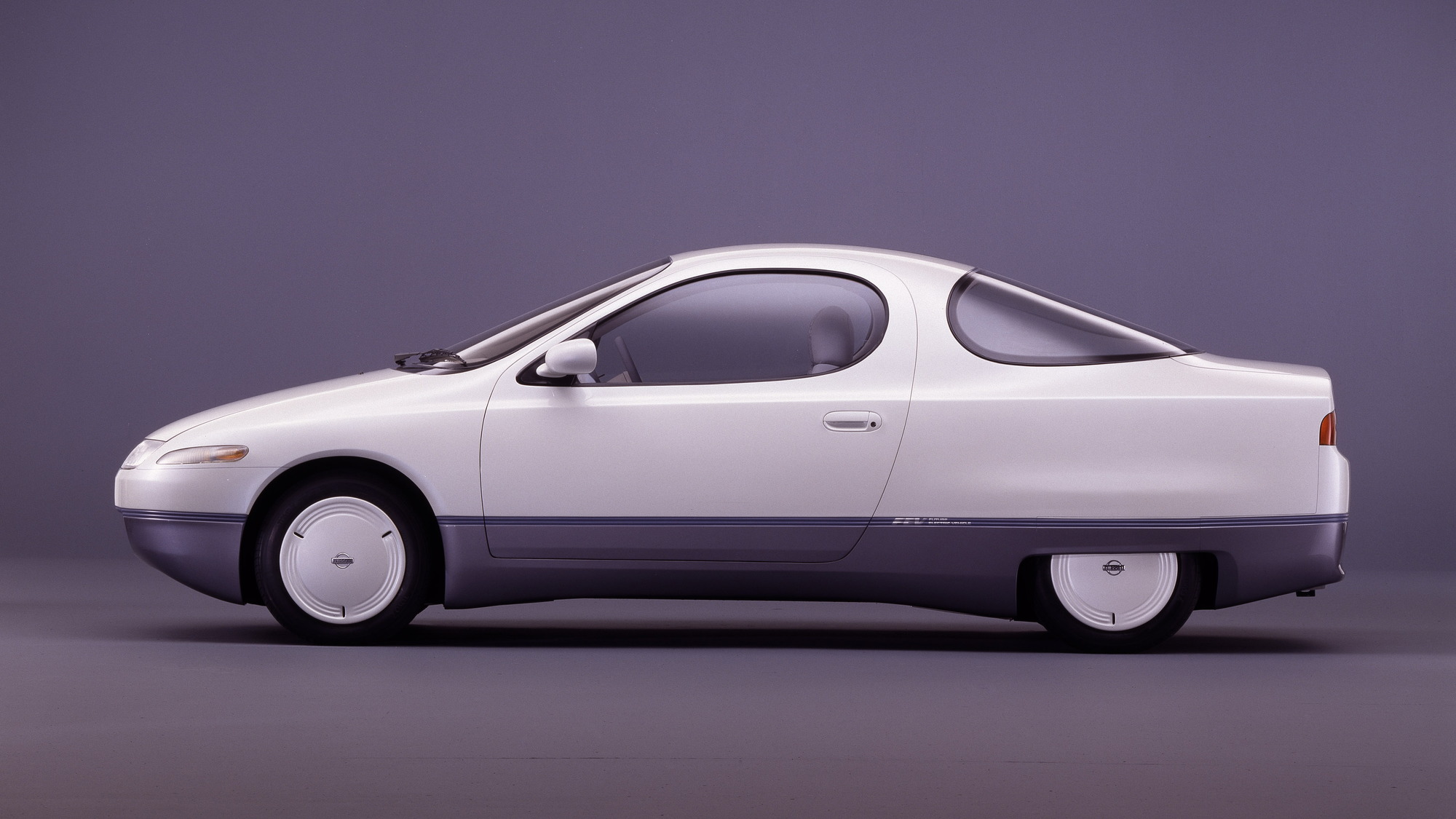 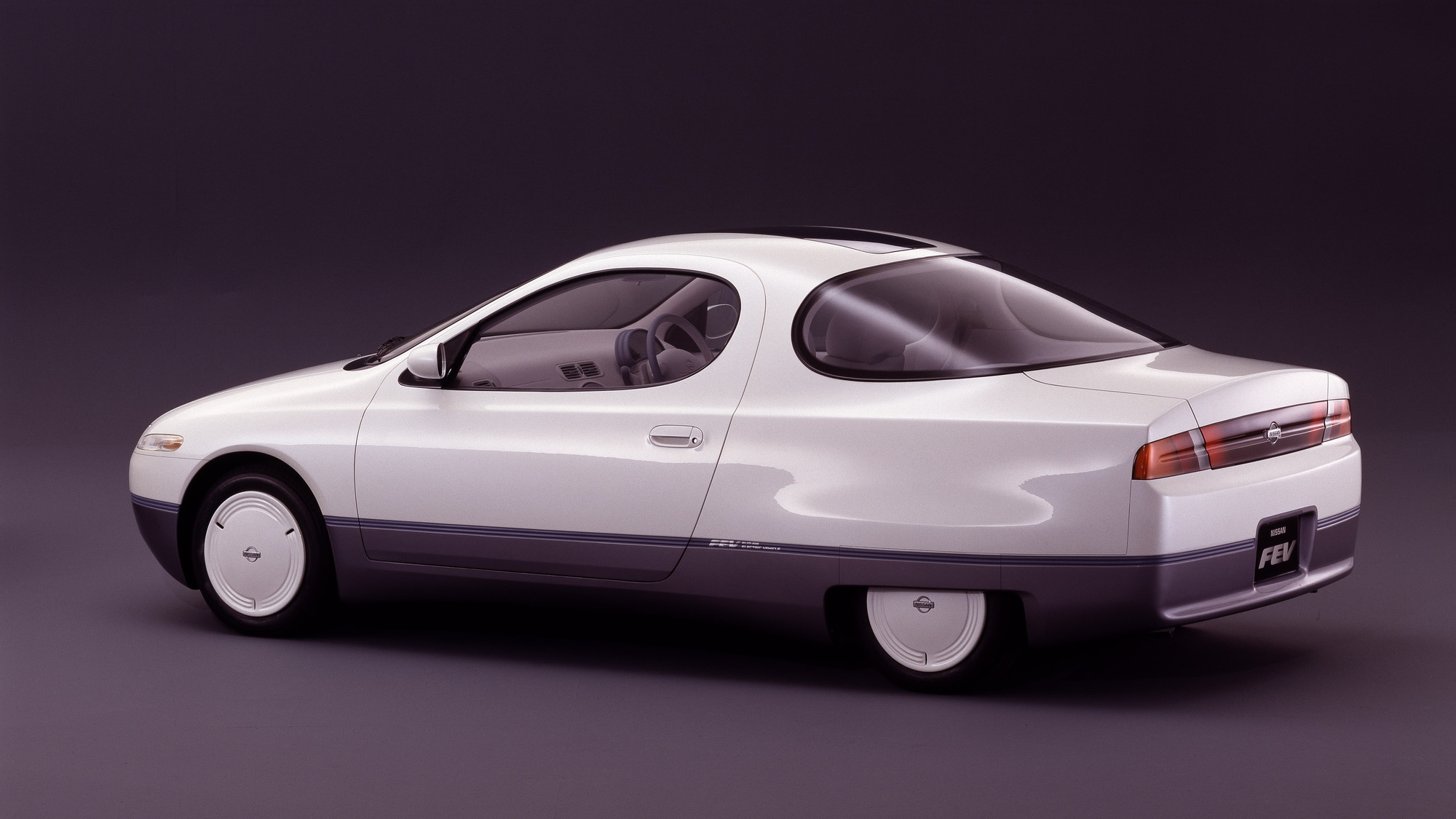 While we widely think of the General Motors EV1—or its preceding Impact concept car—as starting the era of the electric car. But there were others in that era, that followed a similar formula and might have potentially come to market earlier. One of them came from Nissan.

As recently discussed by Japanese Nostalgic Car (via Hemmings), the Nissan FEV concept unveiled by the automaker at the 1991 Tokyo Motor Show had packaging and specifications similar to EVs that would reach production in the years and decades to follow.

Like the EV1, the FEV (short for Future Electric Vehicle) was a compact two-door designed with an aero-savvy teardrop shape not unlike the Honda Insight, Volkswagen XL1, and yes, the EV1. Its smooth silhouette, with headlights similar to those of the contemporary Nissan 300ZX sports car, gave the FEV claimed 0.19 coefficient of drag. Low rolling resistance tires were specially made for the concept to further improve efficiency, while aluminum-intensive construction helped reduce weight.

Power was provided by a nickel-cadmium battery pack that afforded 155 miles of range, Nissan claimed at the time. A "high-induction" electric motor could propel the FEV from 0-62 mph in a sedate 20 seconds, and on to a claimed top speed of 81 mph.

In addition to fast charging, Nissan predicted a couple of other features that eventually made it into production vehicles. The FEV concept had a heat pump to more efficiently regulate cabin temperatures, as well as a solar roof to provide supplementary power for the audio system and climate controls.

While it did win a 1992 Auto & Design Cover Award for its electric powertrain, the FEV never went into production. Although Nissan showed work on a modular propulsion set to power the FEV, we're not sure if there ever were drivable versions of the FEV that actually backed up the concept's claims, however—which may be the primary difference versus the EV1.

GM put the EV1 into production as a response to California's then-new zero-emission vehicle mandate. While other automakers launched EVs based on existing models, the EV1 was noteworthy as a clean-sheet design. Granted, GM did have aero designs like it even before the Impact and EV1—like the hybrid Pontiac Pursuit concept.

GM eventually lost the lead, however. It built just 1,117 EV1s, which were leased to customers between 1998 and 2003 before the program was terminated. The automaker would effectively start from scratch to develop the Chevrolet Volt plug-in hybrid and Bolt EV.

Meanwhile, Toyota was putting more effort into developing its first-generation hybrid system, which debuted in the original Japanese-market Prius in 1997. We've asked a few different times over the years whether Toyota's success in hybrid innovation blinded it to the potential of EVs.

Nissan did eventually revisit all-electric cars, of course. In a lot of ways you might be able to see how the FEV concept previewed the interior of the 2011 Nissan Leaf, even if it was 20 years earlier. And without the likes of Carlos Ghosn who championed the Leaf—and Elon Musk, of course—we probably wouldn't be seeing electric in quite the same way as the future of the automobile.