A rapid shift of new-vehicle sales to all-electric would bring tremendous health and climate benefits, according to the latest periodic report from the American Lung Association (ALA).

The report, called Zeroing in on Healthy Air, makes electric vehicles and renewable electricity sources more urgent than ever—and the need for supporting policy. It finds that a national shift to 100% zero-emission passenger vehicles—as new-vehicle sales—by 2035 and medium- and heavy-duty trucks by 2040 would generate more than $1.2 trillion in public health benefits from 2020 to 2050. That adds up to projected annual health benefits ranging from $27.8 billion in 2030 to $62.4 billion in 2050.

That’s just for the U.S. The report also projects that such a shift would avert more than $1.7 trillion in global climate damages.

The ALA has been calling for more EVs for more than a decade. This report, which builds on previous ones from the organization while updating “technical models, assumptions, and methods,” underscores that there are tremendous disparities in exposure to transportation pollution, with communities of color, low-income families, and those living in proximity to travel hubs all exposed to higher risk. 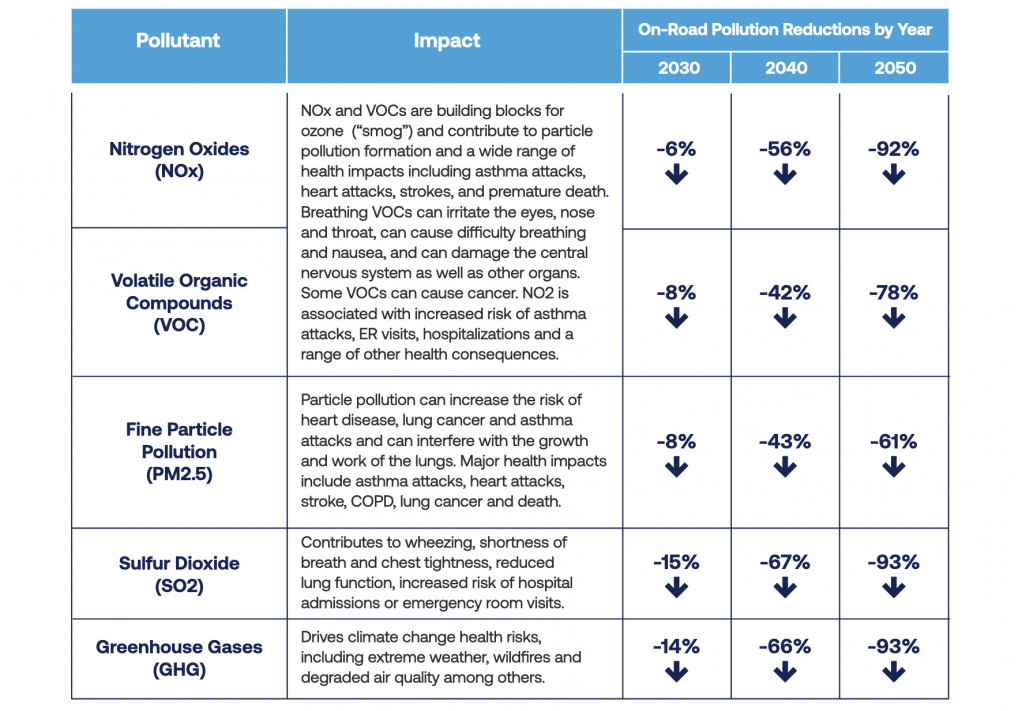 The policy shift would start paying dividends in public health even by 2030, with a projected 6% and 8% drop in nitrogen oxides (NOx) and volatile organic compounds (VOC), respectively. 2030 would also bring a projected 8% drop in PM2.5 fine particulate emissions, a 16% drop in sulfur dioxide, and a 14% reduction in greenhouse gas emissions.

Electrifying heavy-duty vehicles is especially important, the ALA argues. The represent about 6% of the nation’s on-road fleet (as of 2020) but generate 59% of ozone- and particulate-forming NOx emissions and 55% of the particulate pollution, when including brake and tire sources.

The organization has a list of policy recommendations, building on the Bipartisan Infrastructure Law passed in November 2021. Among them, it wants public fleets converted to zero-emission models immediately, incentives and grant programs for purchases of such vehicles, and an update of U.S. Ambient Air Quality Standards. 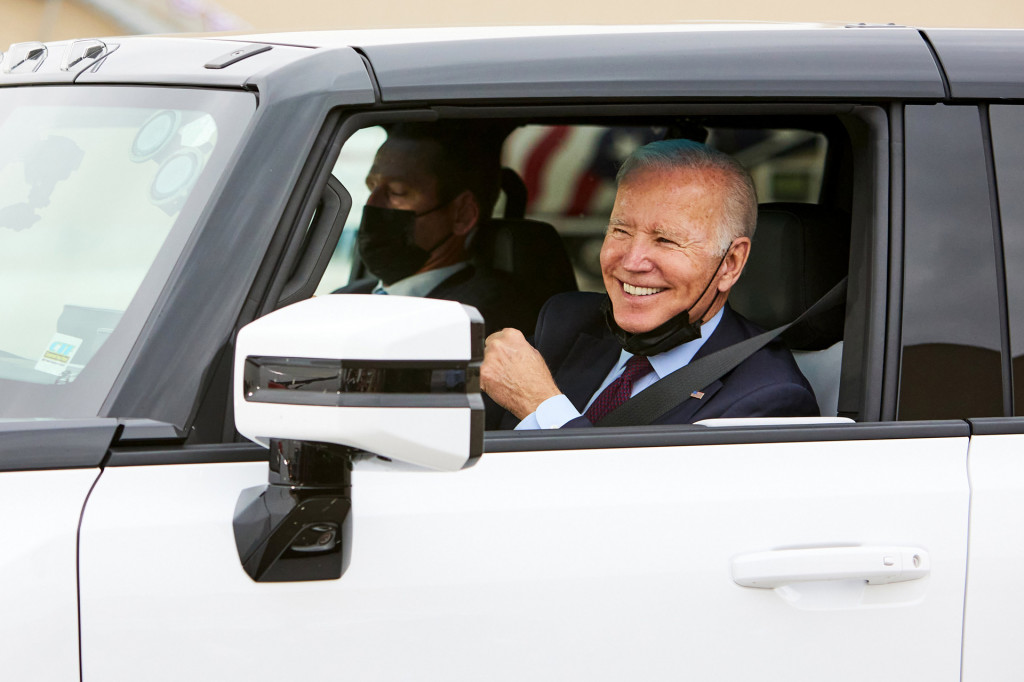 It also pushes for increasingly stronger rules beyond the model year 2023-2026 rules finalized by the EPA—to deliver on President Biden’s announced goal for half of U.S. vehicles sold to be EVs by 2030. And it wants the approval of tighter EPA heavy-duty truck emissions standards—which in their proposed form, environmental organizations have claimed, don’t go far enough to encourage development of electric trucks.

Policy around electricity generation also needs to be coordinated, the organization argues—to 100% carbon-pollution-free electricity by 2035. With a modest rebound for coal in 2021, that’s also looking increasingly urgent.