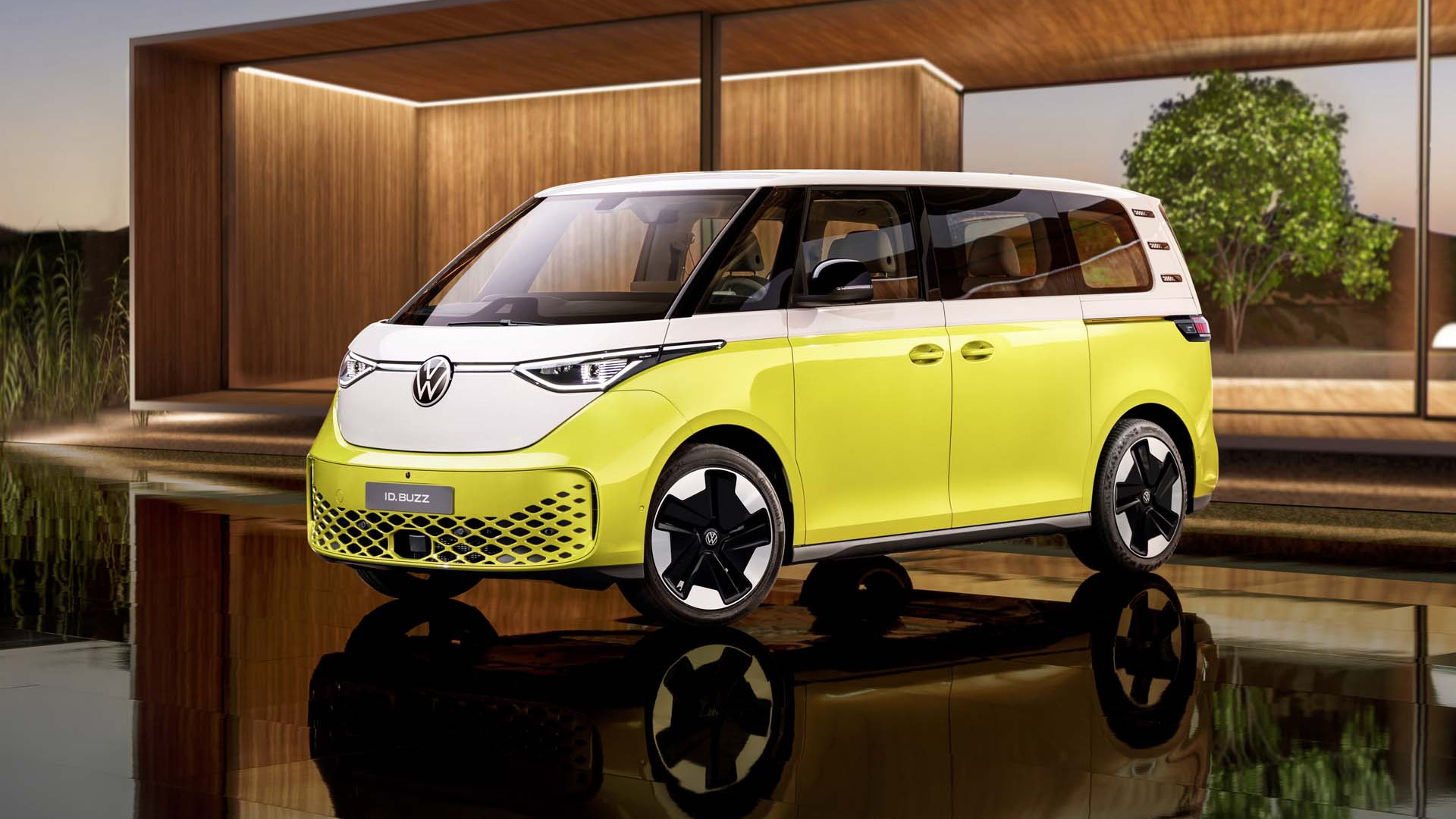 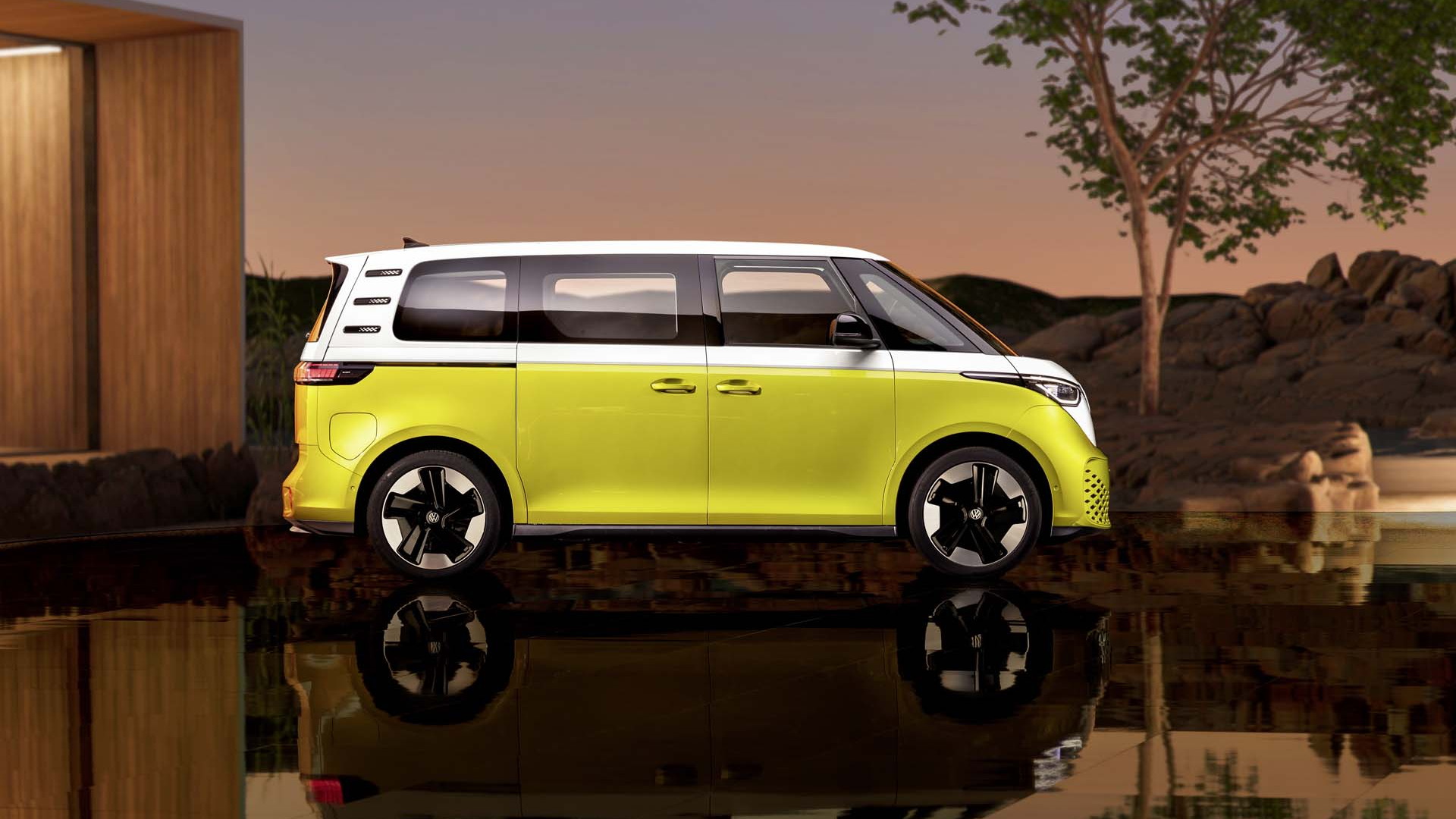 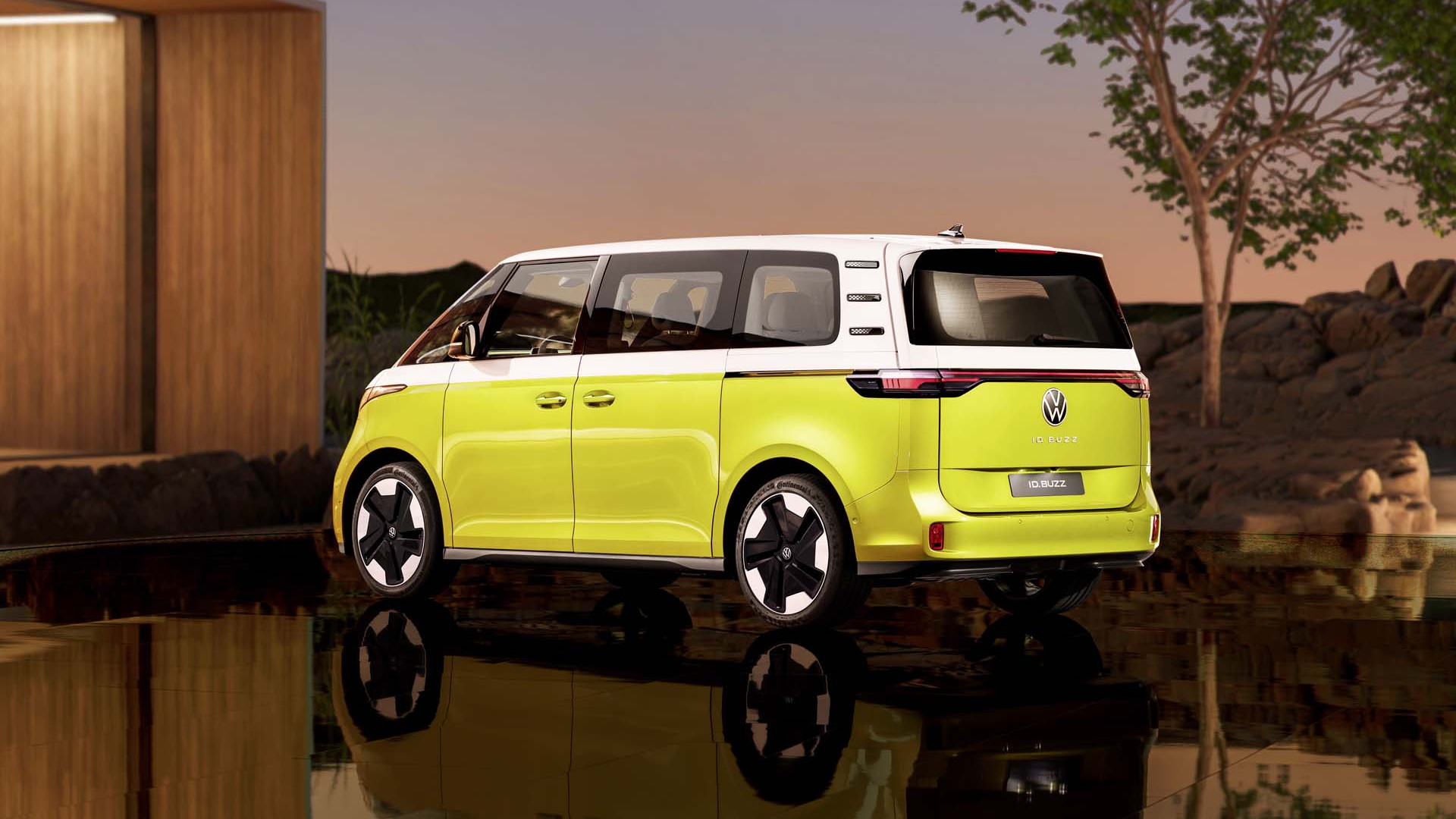 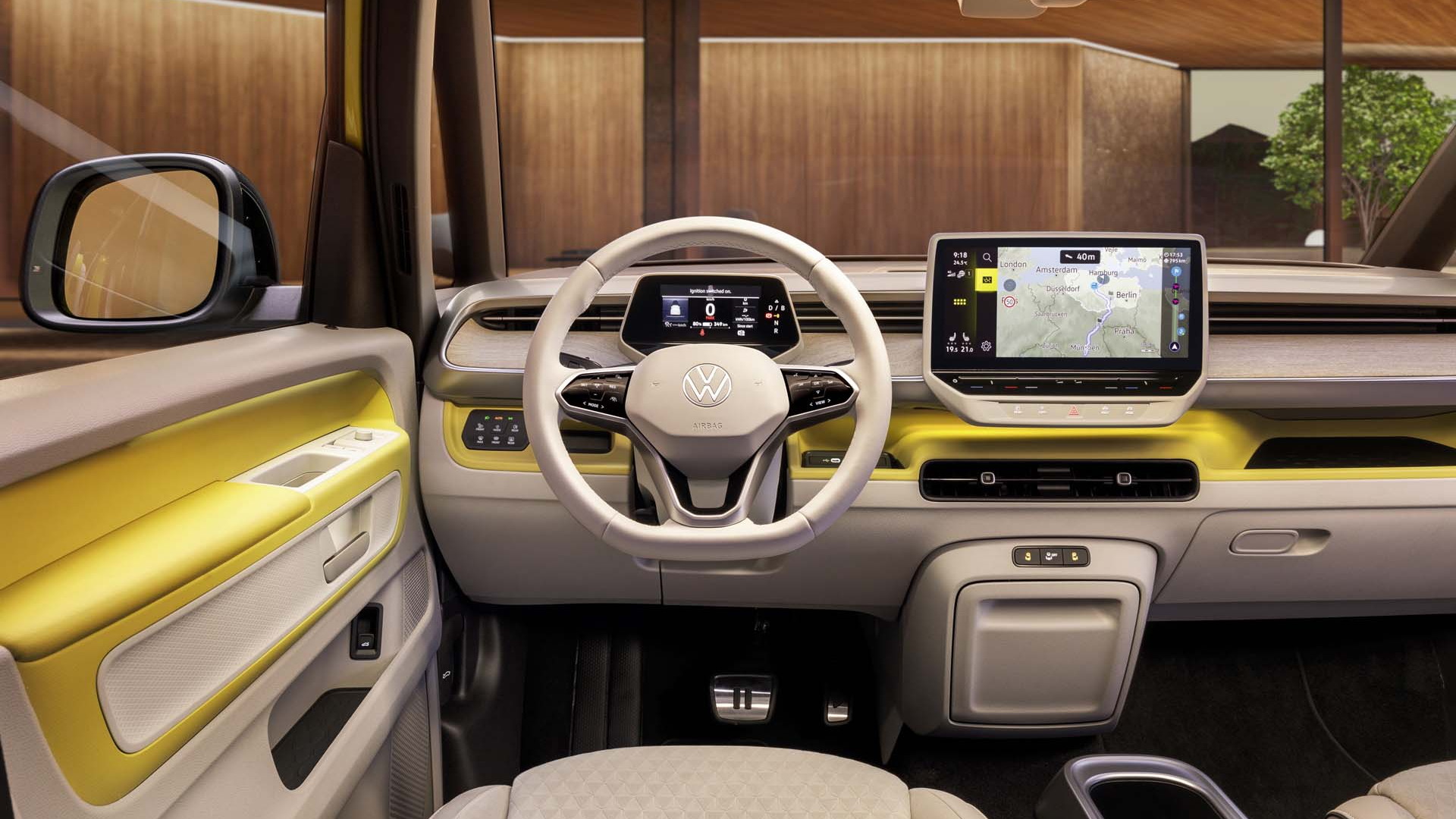 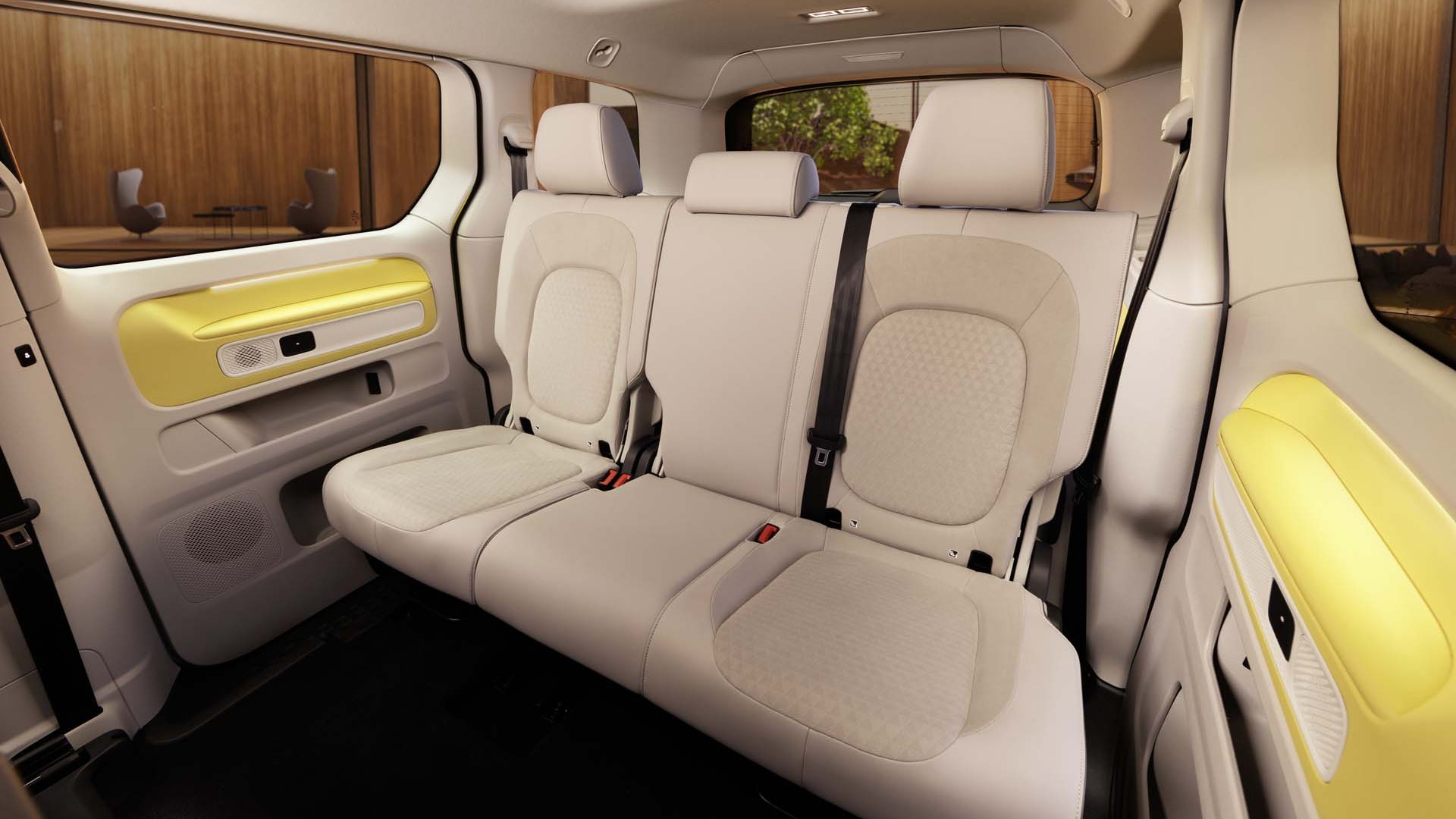 Five years after generating much buzz with a Microbus-inspired electric van concept, Volkswagen has at last revealed the production model, suitably called ID.Buzz. Although for the U.S. there’s a big asterisk: America won’t see the Buzz at dealerships until 2024.

Simply put, Americans shouldn’t dwell too much on the specs for the European ID.Buzz because it isn’t the Buzz that’s bound for the U.S. Europe will later this year get both a five-seat version of the ID.Buzz and an ID.Buzz Cargo van. America will get a longer-wheelbase version of the van with three rows of seating.

The two Euro-spec vans will ride on a wheelbase of 117.6 inches and span an overall length of 185.5. It’s 76.3 inches high—making it significantly taller than either the American minivan form factor or compact crossovers like the ID.4.

In its Euro form, the ID.Buzz offers 39.6 cubic feet of cargo space with the rear seatbacks up. The Cargo version has 137.7 cubic feet behind the front seats. US versions are likely to get a different pack, and with that plus the added length, that packaging could change somewhat.

On the outside, it appears that VW has preserved most of the proportions of the much-loved concept, which made its debut in 2017.

Inside, the ID.Buzz has sustainable materials throughout, and a version of the same visually attractive but functionally underwhelming infotainment system and interface that made its debut in the Volkswagen ID.4.

Volkswagen notes that the movable and removable center console in the production ID.Buzz carries all the way through from the concept. And the Euro version’s turning circle is just 36.4 feet—great for maneuverability.

The ID.Buzz has essentially the same modular propulsion system and battery as the single-motor ID.4. It makes 201 hp and 229 lb-ft of torque at the rear wheels, with a usable battery capacity of 77 kwh (out of a gross 82 kwh). Range information will be revealed later, VW says, and it will introduce “more battery versions with various power output levels” in 2023.

In its European guise, the ID.Buzz will charge at up to 11 kw AC (Level 2), or fast-charge at up to 170 kw DC. Included bidirectional charging capability will allow it to provide grid stabilization or supplemental home power.