Tesla has never had a problem with desirability.

Starting with the Model 3, consumer interest in the company’s electric cars has startled even CEO Elon Musk at times. That frenzy continued with the Cybertruck. And demand for the company’s volume models, the Model Y and Model 3, is by no means softening; even with the entry of competing models, it continues to soar to record levels—with Musk seeing the Model Y on track to be the world’s top-selling vehicle in 2022.

That future may be coming sooner than even Tesla is comfortable with. During last week’s financial call, Tesla CFO Zachary Kirkhorn first explained, predictably, that demand is rising faster than the company can ramp up production, as it aims to get production started in new plants in Texas and Germany. But he followed that with something that was surprising to hear him say, years into Tesla’s unparalleled growth and tall talk about growth: that the level of demand it’s seeing today is unexpected.

“The great thing we’re seeing in the space right now is that there appears to just be quite a profound awakening of desirability for electric vehicles. And to be totally frank, it’s caught us a little off-guard.”

“Folks want to buy an electric car, and folks want to buy a Tesla right now,” Kirkhorn said, adding that Tesla is making an “extreme effort” to build as many cars as it possibly can, and calling it “quite the grind.”

When Tesla was asked to comment on its vehicle pricing strategy and how it evolves based on commodity prices (and the supply chain), Kirkhorn called pricing “a really difficult thing for us over the last couple of quarters.” First claiming Tesla price changes are “extremely transparent,” he worked around to the point that changes informed by behind-the-scenes cost-structure changes “may not seem to make sense to the public or person.” 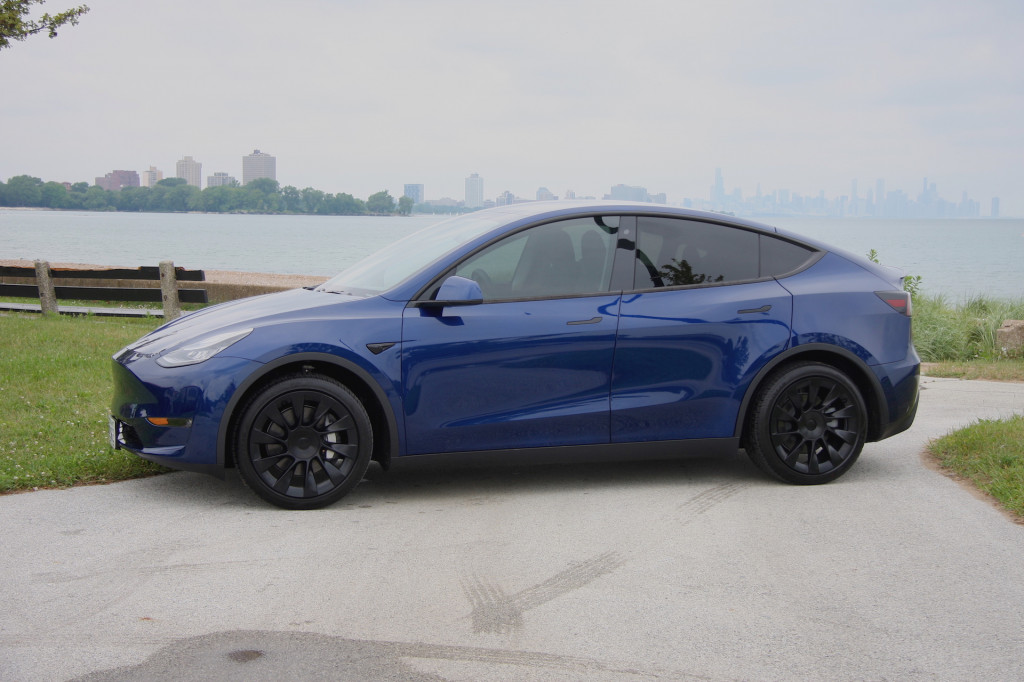 Many had predicted that, with the entry of new competing EVs, Tesla demand would soften and it would be forced to become more price-competitive. That hasn’t been the case at all, as after the introduction of the Ford Mustang Mach-E, and other alternatives on the way soon. Tesla recently posted a $2,000 price hike for base versions of the Model 3 and Model Y—bringing their price $5,000 higher than it was just earlier this year.

Instead, as the EV market as a whole grows, the Model Y’s alternatives have found their own niche and, in the Mach-E’s case, kept on pace with or better than earlier sales estimates. And it’s likely the same will prove true for premium EVs from Lucid and Rivian.

Tesla has mostly circumvented the chip shortages and other supply-chain shutdowns plaguing the industry. It reported a 73% year-over-year boost in deliveries for the quarter—at 241,391 for Q3, and already at more than 600,000 vehicles for 2021—and it said that it’s reached an annualized run rate of a million vehicles a year.

The company might be surprised by current demand, but its long-term goals remain in the clouds. Over the long run, Kirkhorn said that Tesla will continue to target a 50% growth rate annually, aiming toward a long-term target of 20 million vehicles per year. With today’s top two global automakers, Toyota and Volkswagen, at about 9.5 million and 9.3 million sales in 2020, respectively, that’s aiming to be the top global automaker.