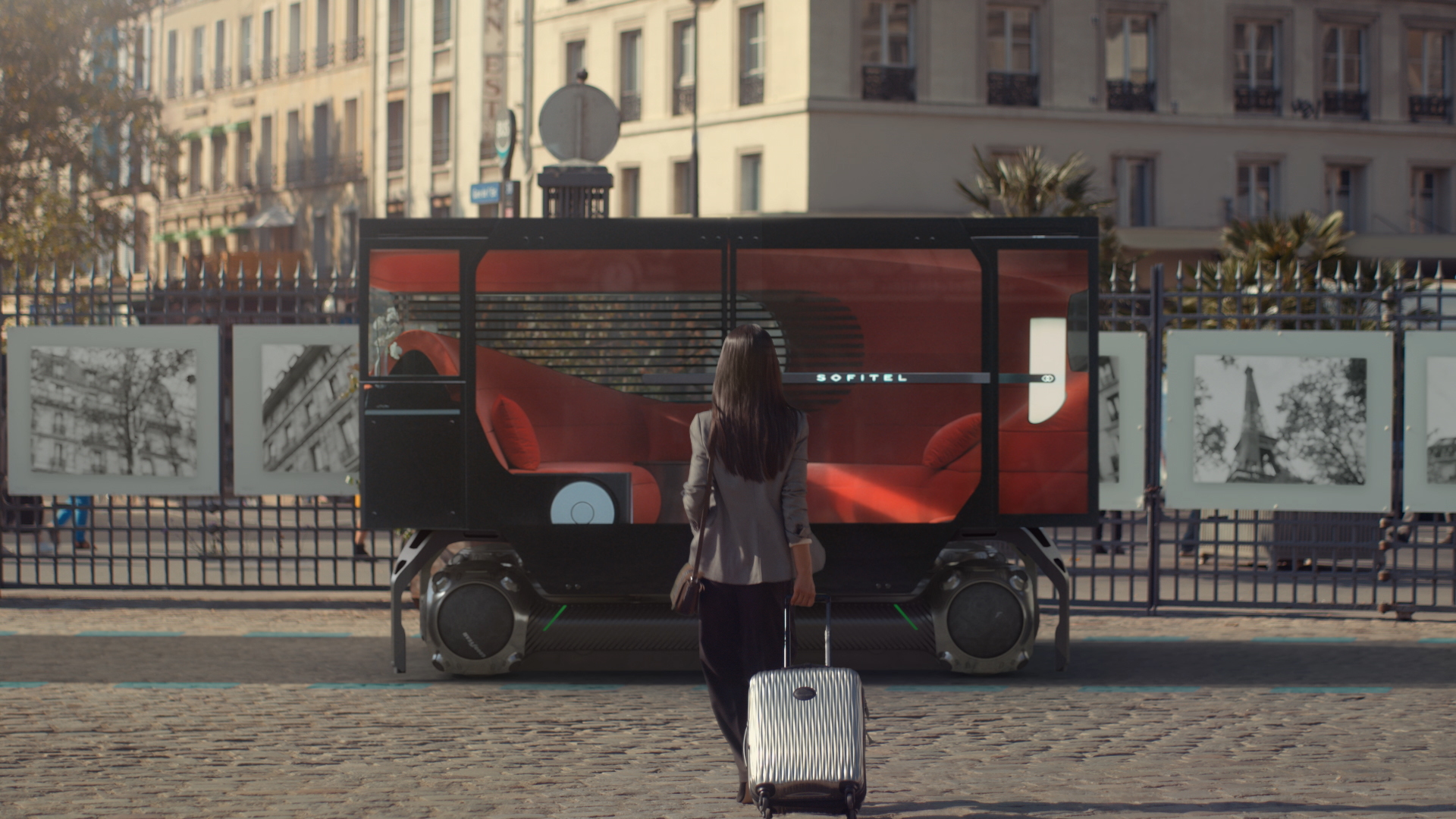 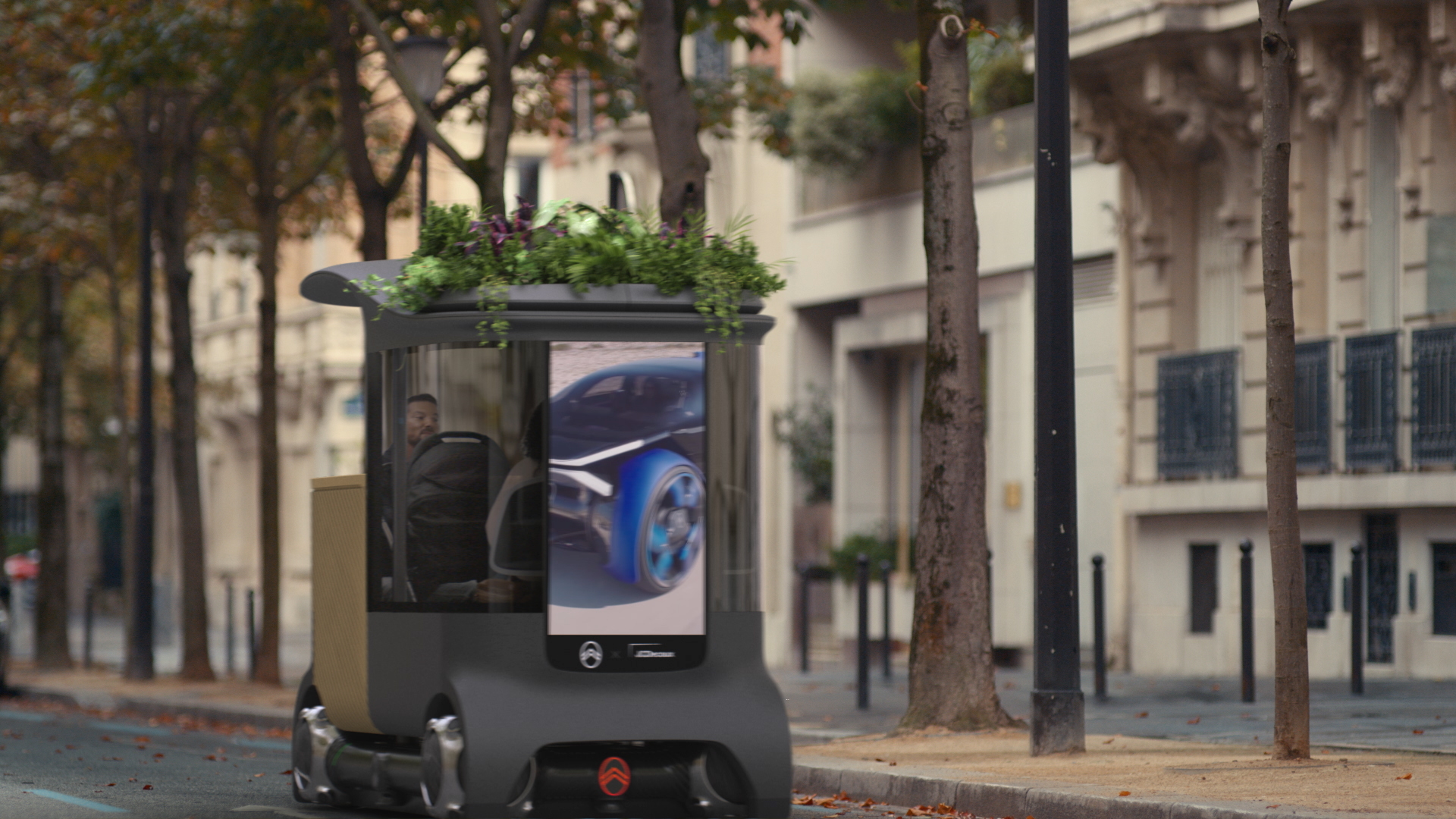 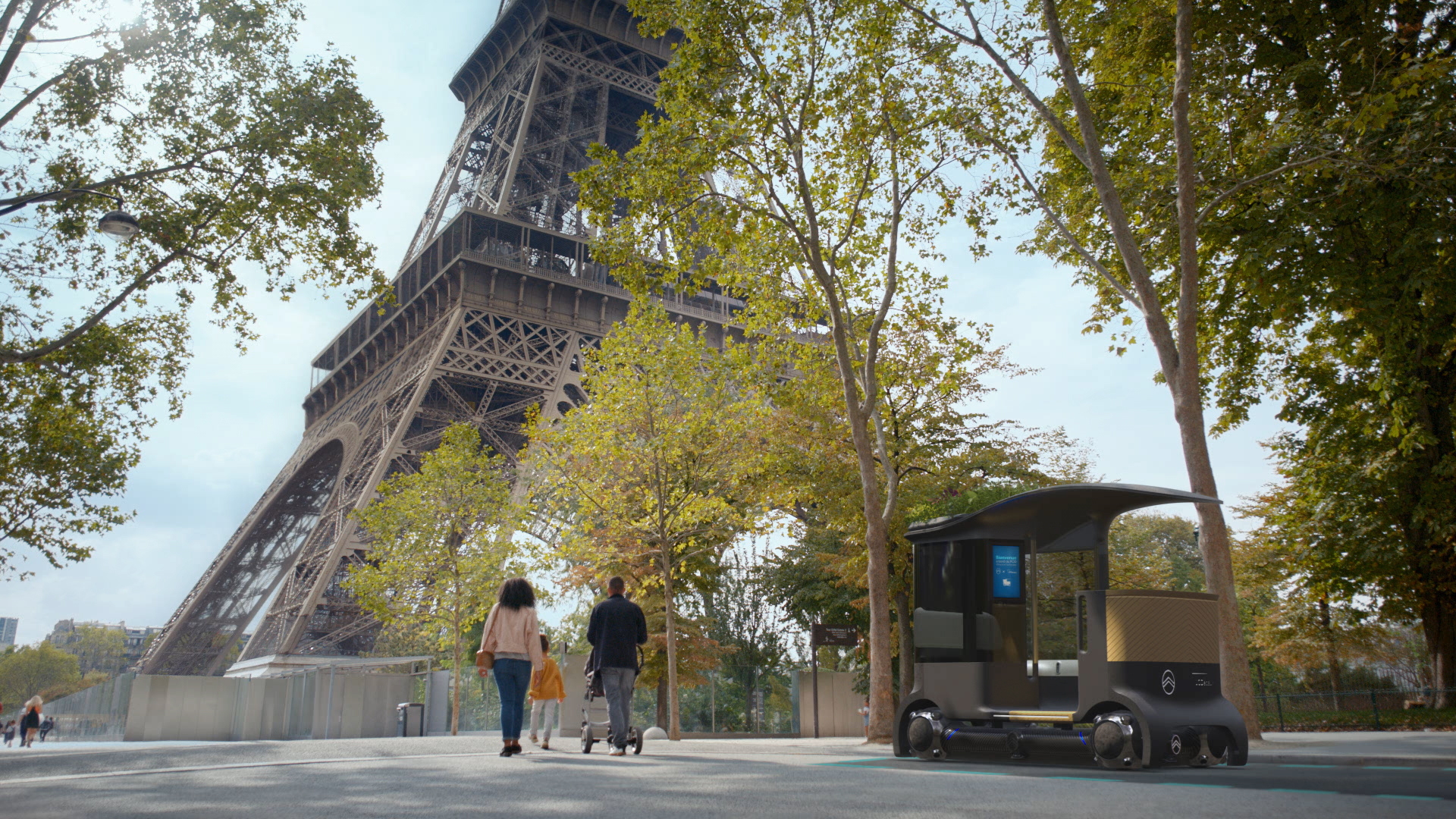 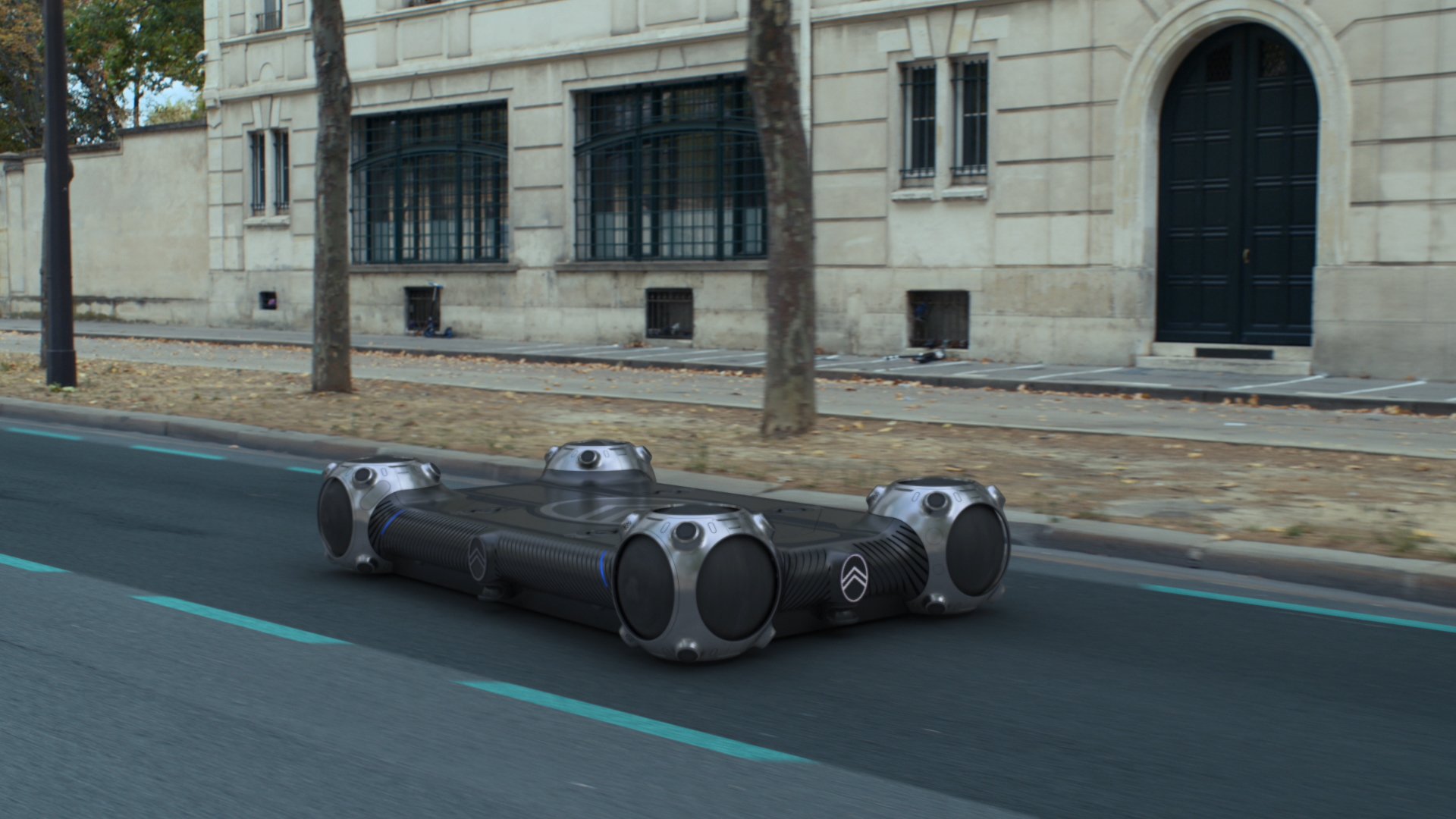 The Citroën Skate concept is a modular EV consisting of a basic skateboard platform that can be equipped with different themed pods. Designed for autonomous driving in dedicated traffic lanes, Citroën claims a fleet of these vehicles could improve traffic flow by at least 35% in urban centers.

The modular design allows the same basic chassis to be used for multiple roles, potentially switching between a passenger vehicle and a delivery van, for example. Citroën calls it "open source," claiming local governments or companies could design pods for specific purposes.

To demonstrate the flexibility of the Skate, Citroën partnered with two companies to design three pods. Hotel firm Accor designed one pod each for two of its hotel chains. One was designed as luxury transportation for two to three passengers, while the other is a mini gym on wheels.

The third pod was designed in partnership with advertising company JCDecaux. It was designed as public transportation, but looks like an open patio on wheels, and even features plants on its roof.

The flat design of the basic skateboard reminds us of the series of modular platforms from Israel's REE, but Citroën also included a mechanical nod to its own heritage. To maximize ride comfort and accommodate the different pods, the Skate uses movable hydraulic cushions, which could be considered an evolution of the hydro-pneumatic suspension used in the iconic Citroën DS.

It's unclear if the Skate will enter production, but it would likely be classified as a low-speed vehicle, just like the Ami microcar that's seeing some use in the United States on a limited basis.

Meanwhile, the Citroën e-Mehari marks the return of a cult-classic design, but with a twist. That one will be limited to Europe, however.

Citroën and the rest of the former PSA Group, already known for quirky, innovative urban designs, have joined with Fiat Chrysler Automobiles (FCA) to form Stellantis. Tesla had been selling emissions credits to FCA, but Stellantis has indicated it won't need those credits in the future.