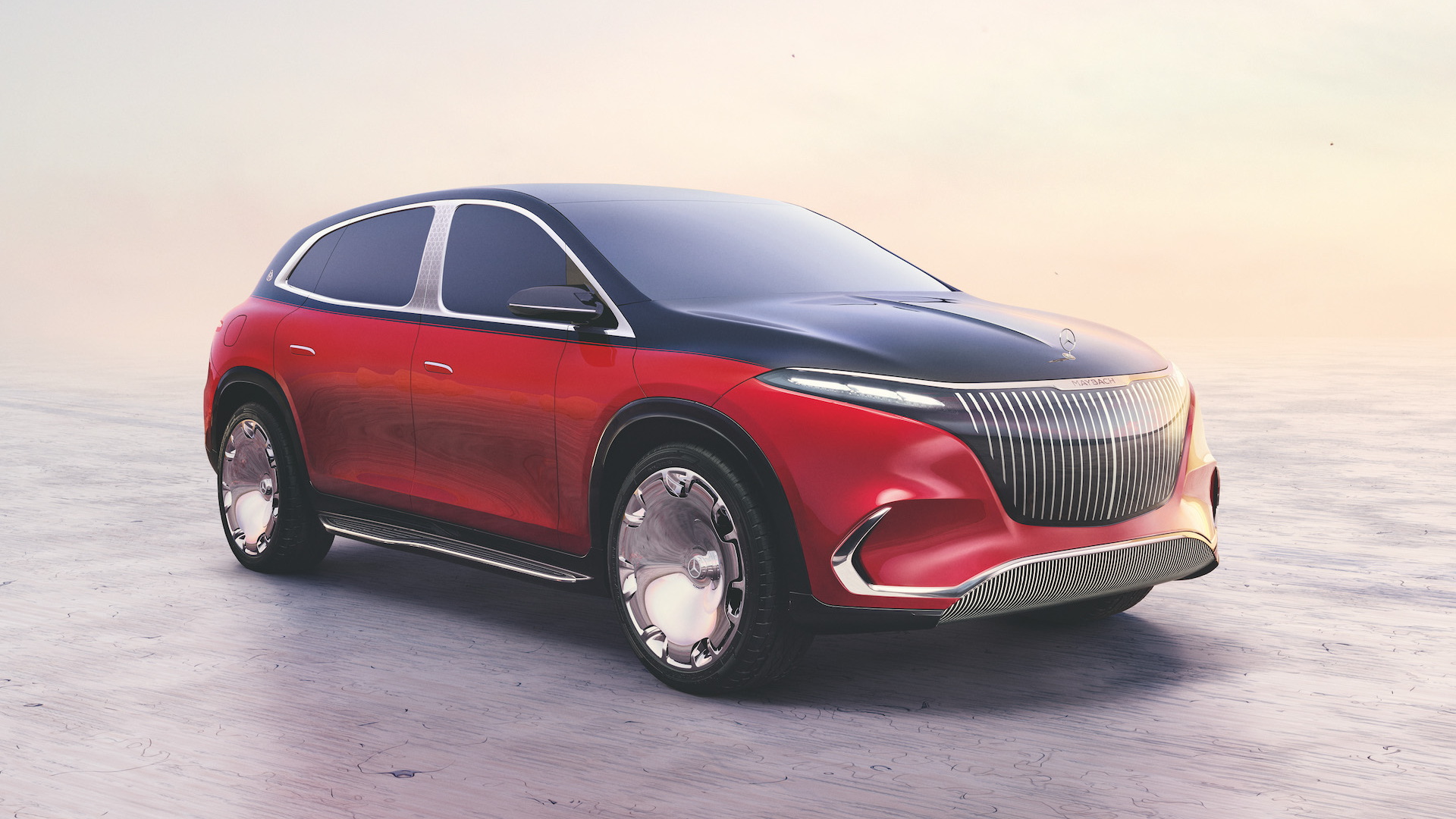 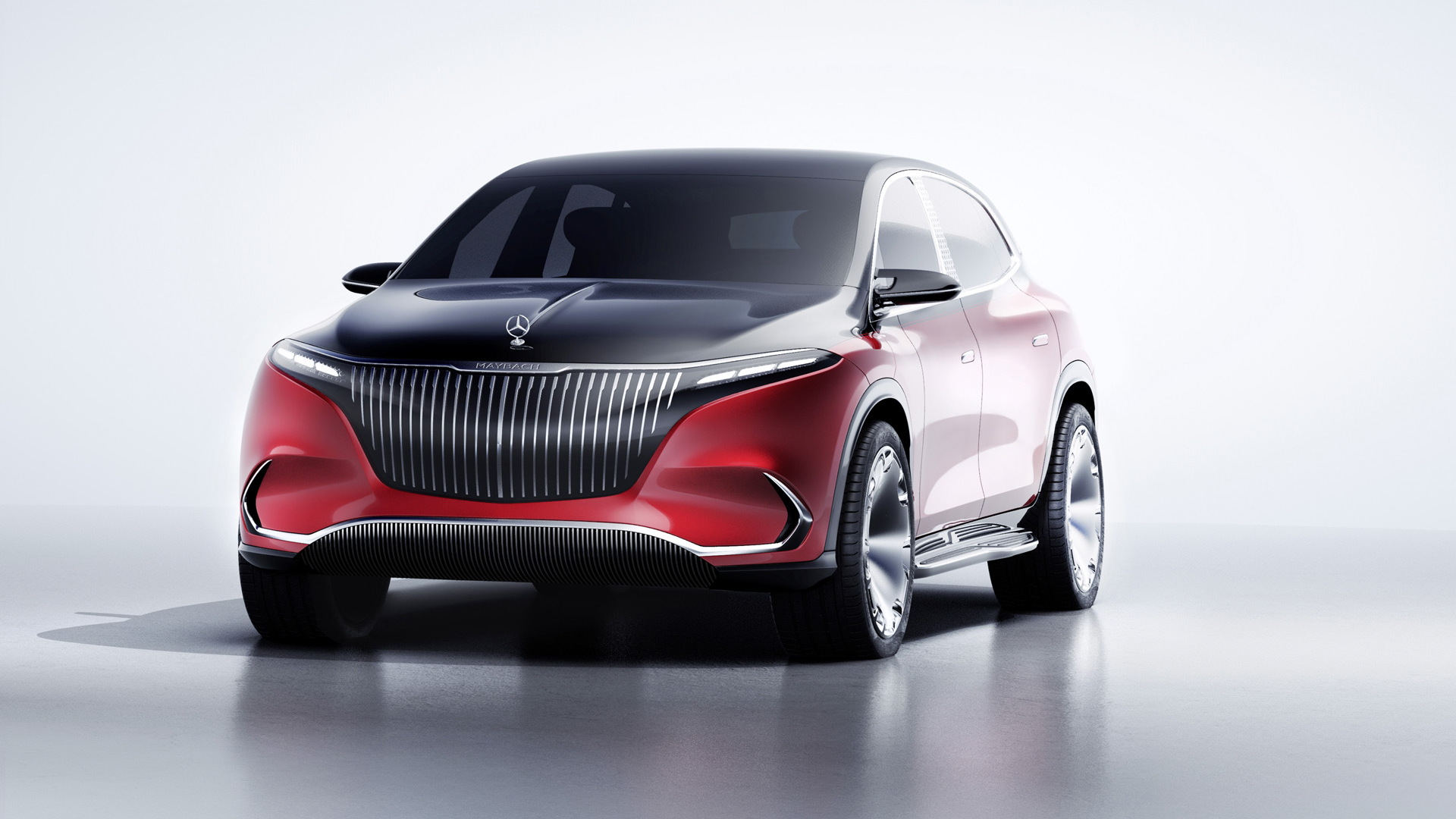 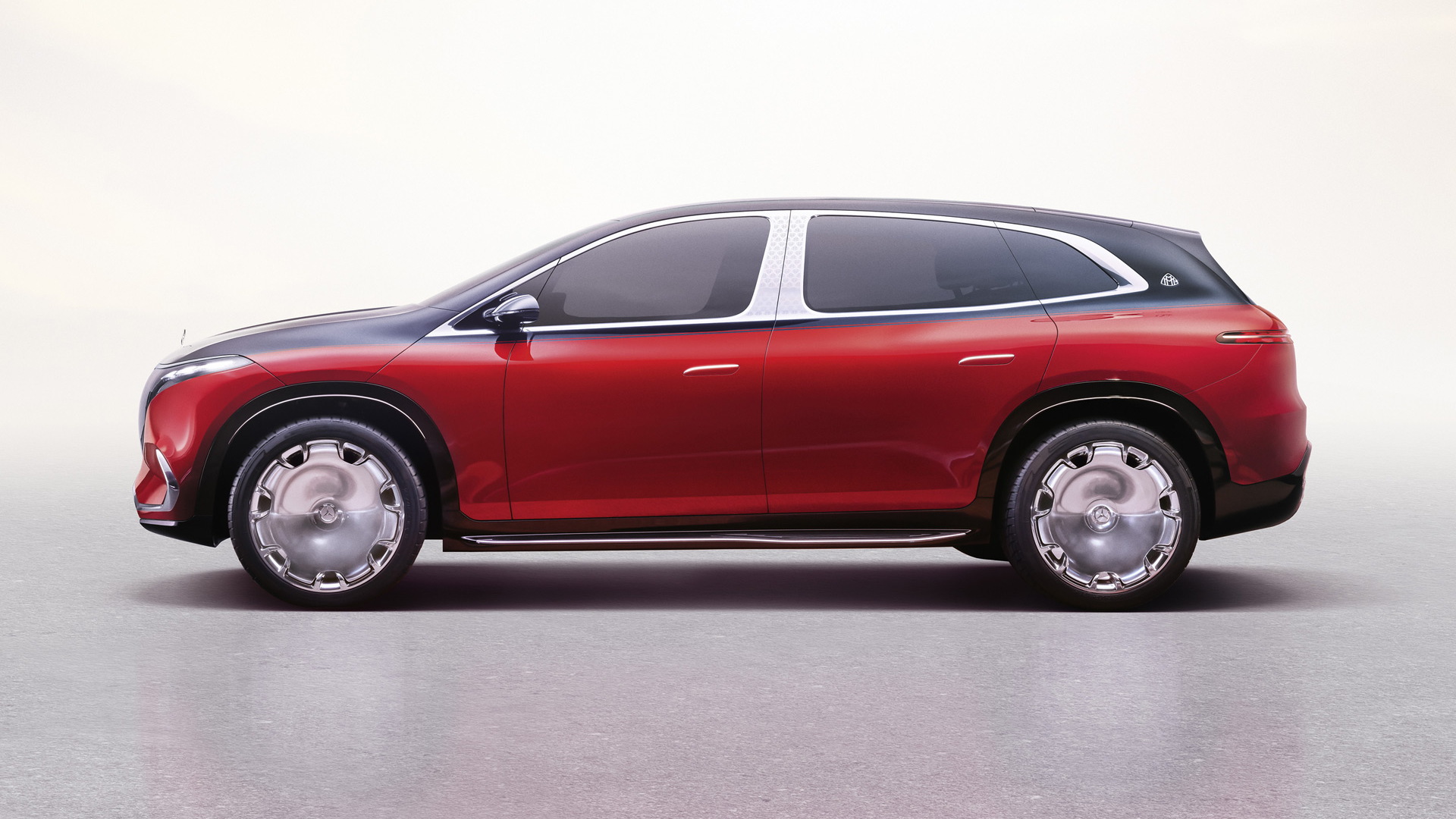 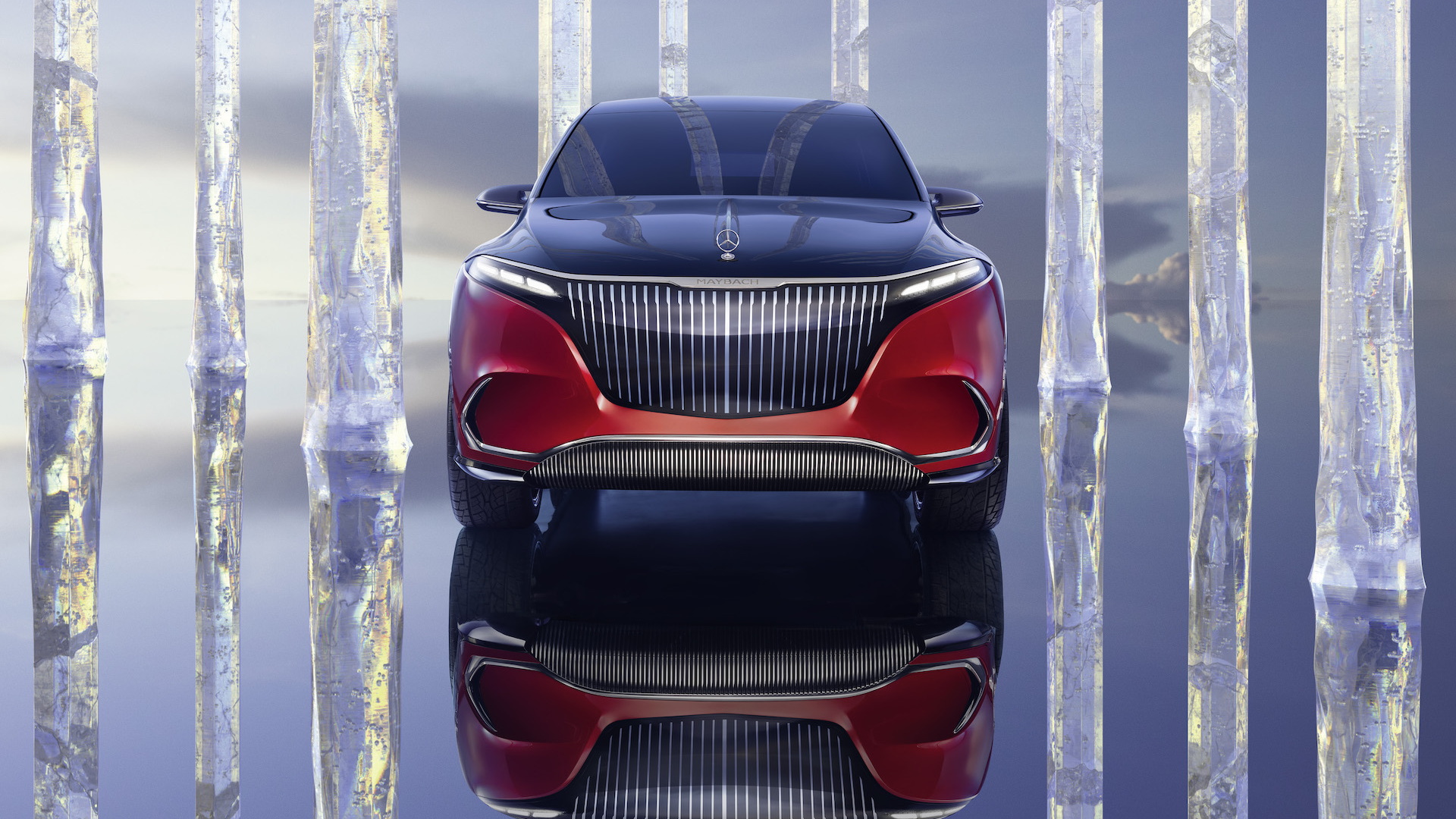 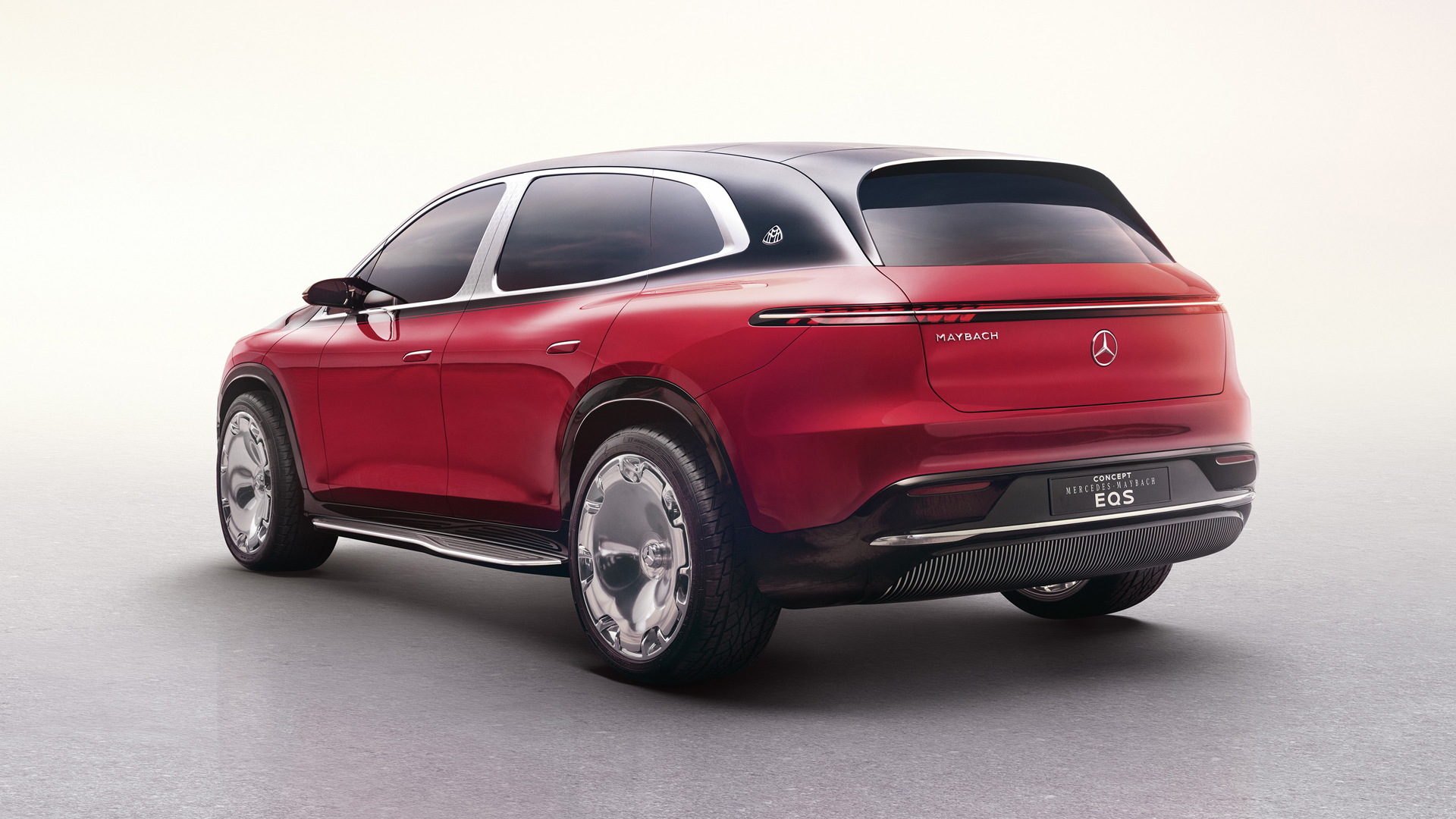 The Concept Mercedes-Maybach EQS SUV also hints at an upcoming SUV companion to the EQS sedan unveiled earlier this year. Maybach will then get its own ultra-luxury version of that model, similar to how the current internal-combustion Mercedes-Benz GLS-Class is the basis for the Mercedes-Maybach GLS600.

Mercedes didn't offer any technical details, as it's using this SUV concept purely as a design study. Strip away some of the Maybach-specific styling features, such as the chrome grille and dish-like wheels, and you get some idea of what the production EQS SUV will look like.

Inside, the SUV concept gets the same 56-inch MBUX Hyperscreen infotainment system used in the production EQS sedan. The massive expanse of screen is divided into a 17.7-inch central touchscreen, 12.3-inch digital instrument cluster, and a 12.3-inch touchscreen for the front passenger. Rear-seat passengers also get their own entertainment system.

The EQS SUV is one of the first of a handful of SUVs Mercedes plans to build in the United States, with production scheduled to start in 2022. Expect the Maybach version to follow sometime after that.

Mercedes is also planning U.S. production of the EQE SUV, based on the EQE sedan that was also unveiled at the Munich show. They're among the 10 EVs Mercedes plans to launch globally by 2025.

The smaller EQC SUV was originally planned to be the first of the "EQ" models sold in the U.S., but Mercedes instead decided to bring out the EQS and EQE models first, followed by the EQB later in 2022.