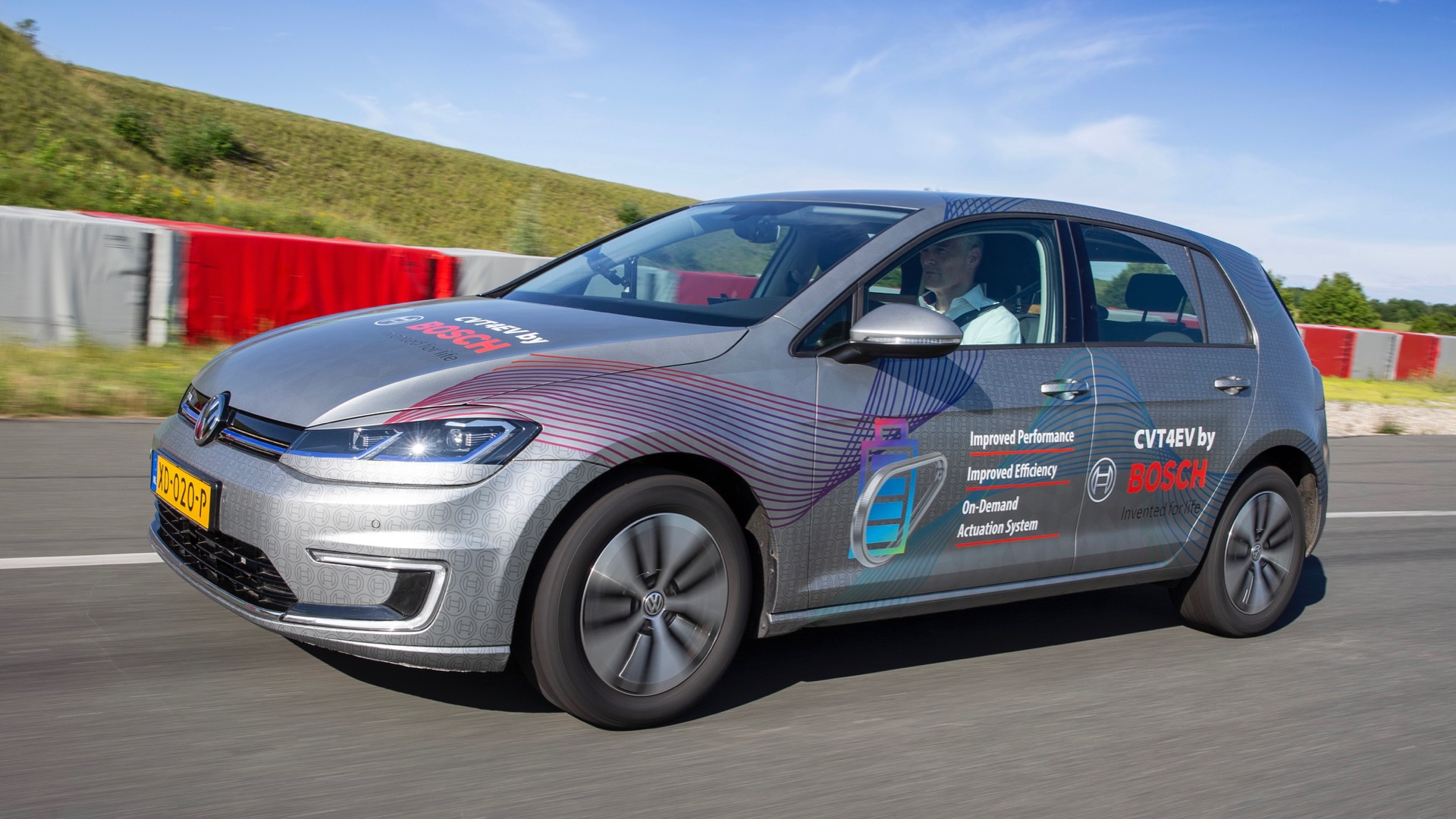 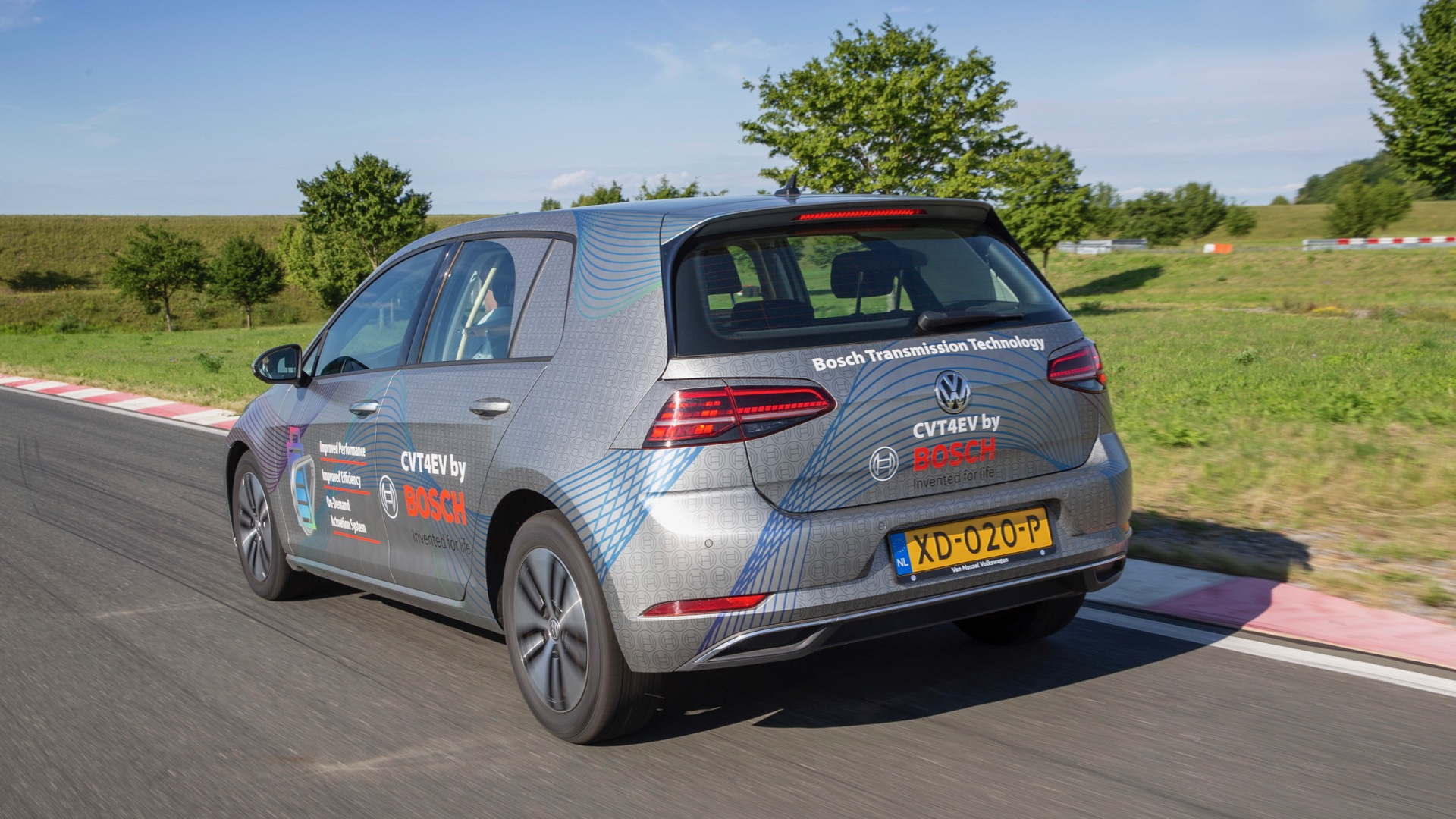 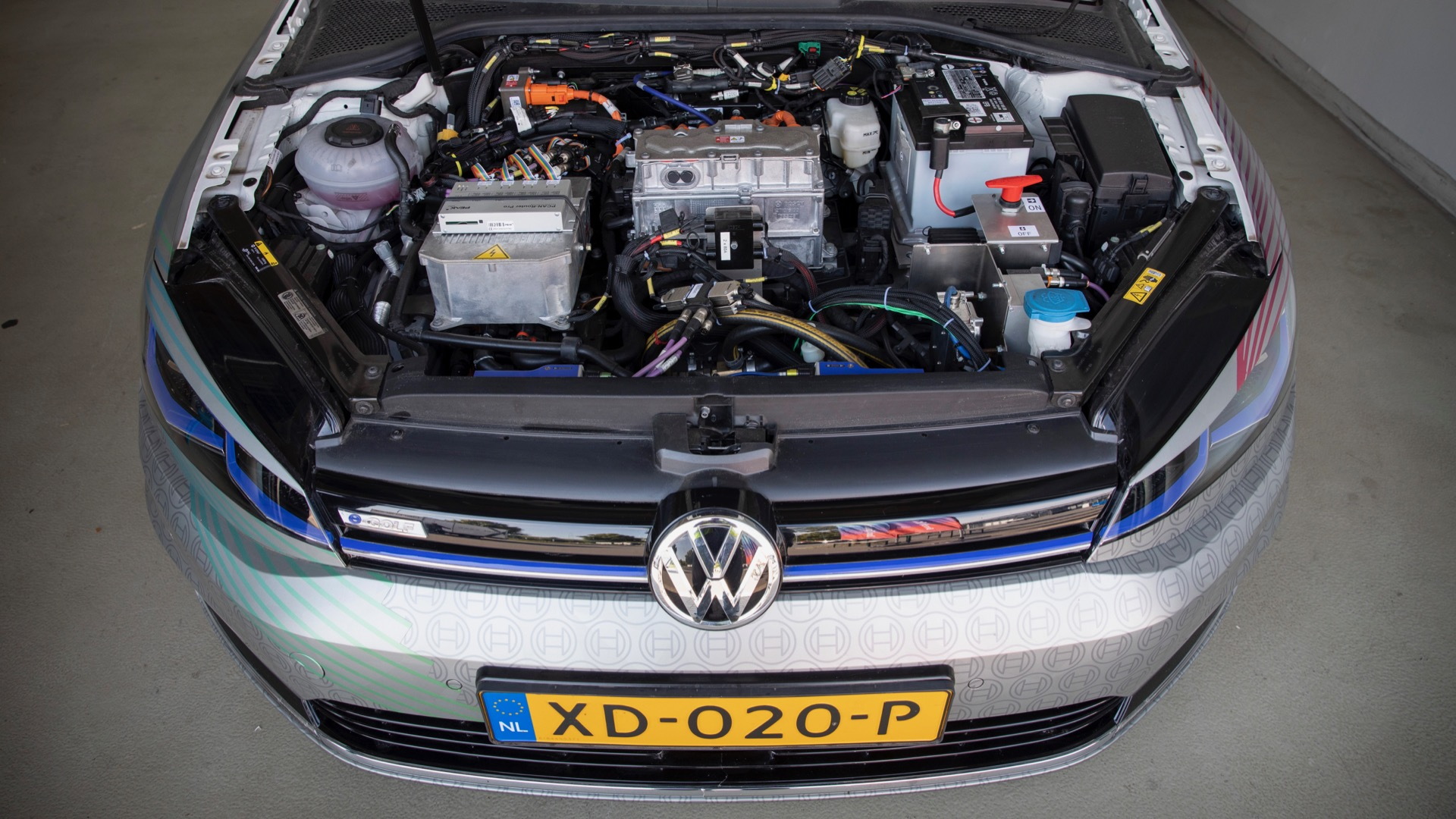 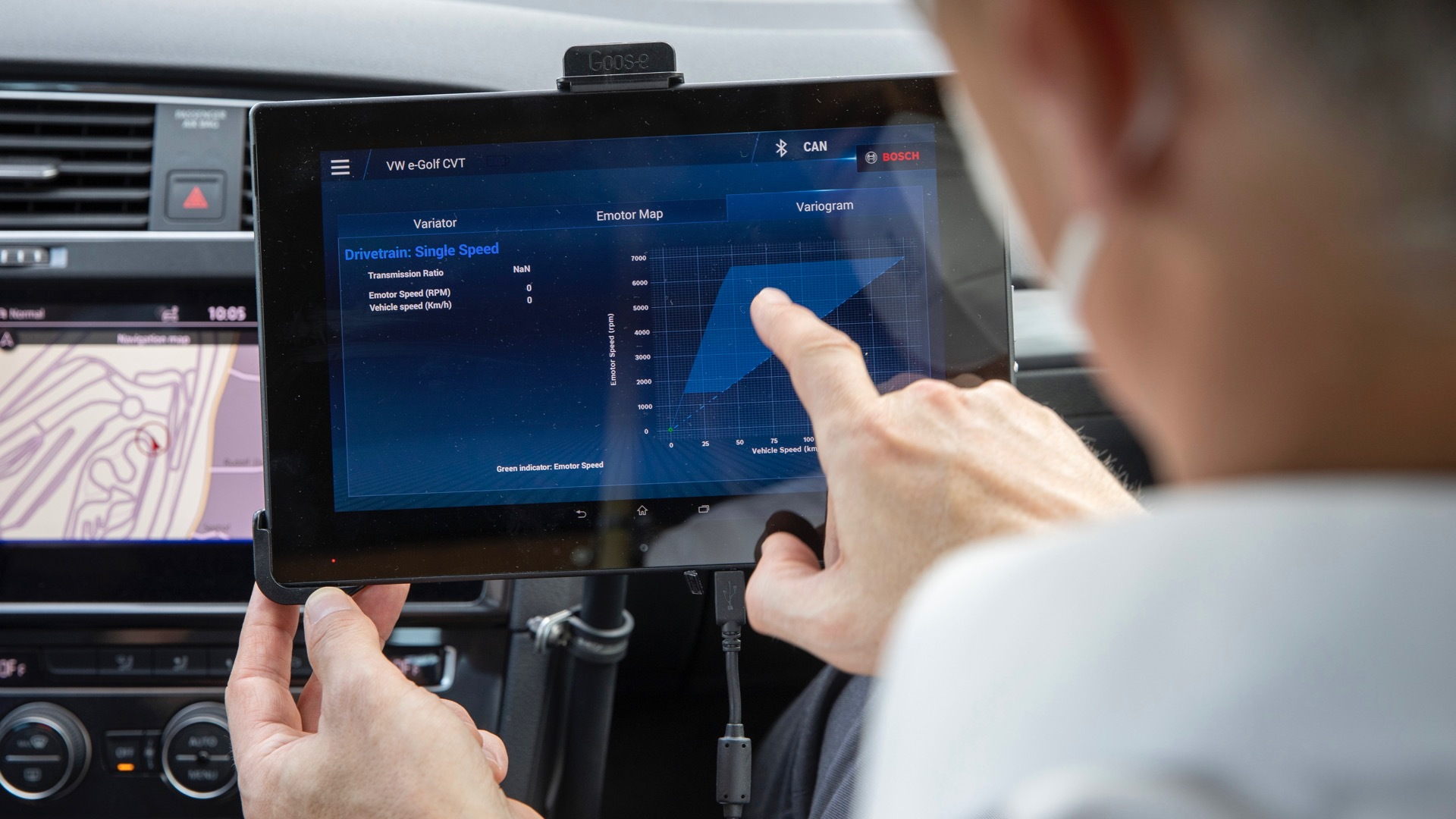 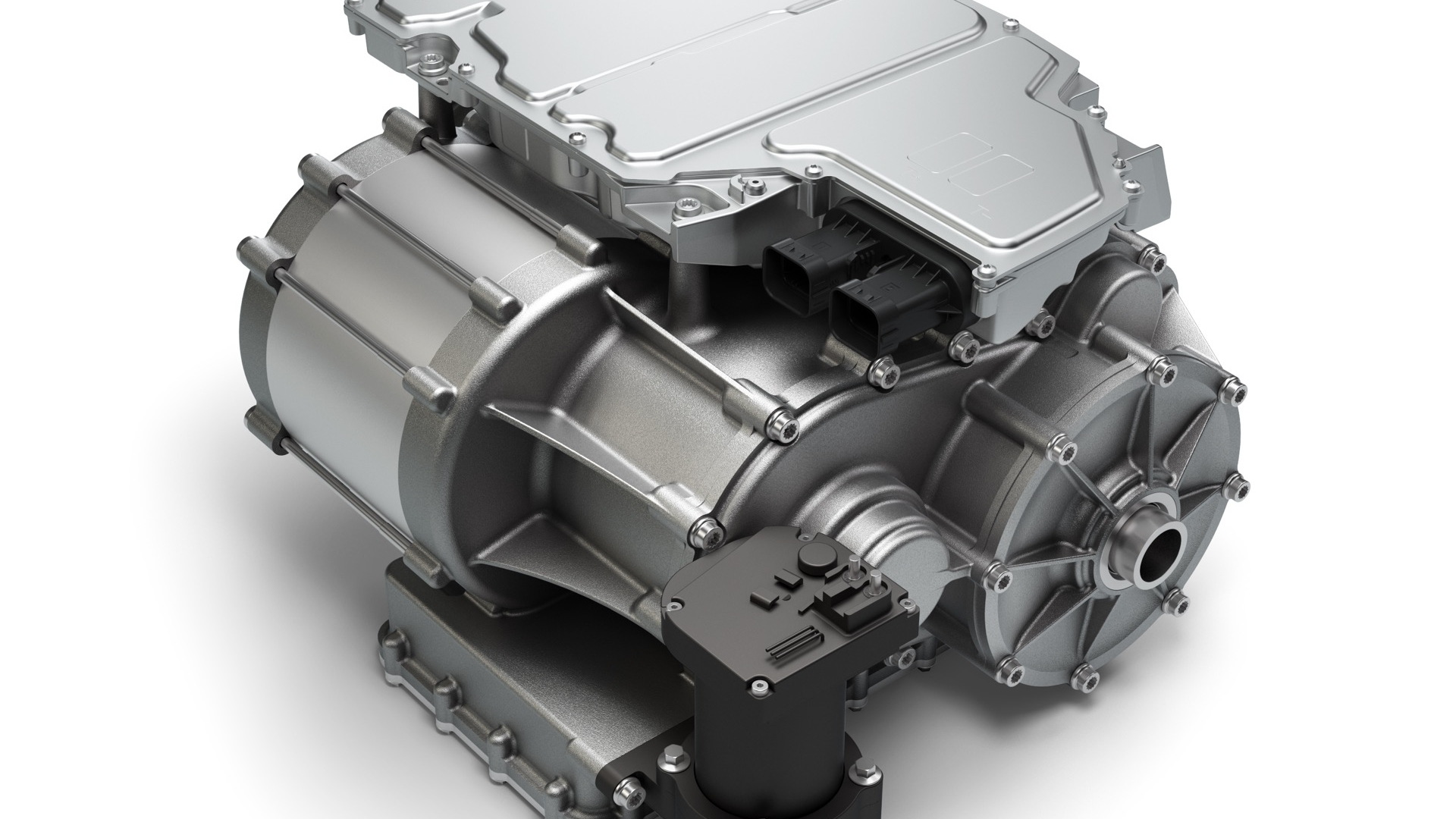 The CVT, which uses belts instead of gears, is commonly paired with internal-combustion engines to boost fuel economy. It's generally disliked by car enthusiasts however, because of the tendency for a lag between throttle application and acceleration, known as "rubber banding."

Bosch, however, sees a future for CVTs in electric cars. The company claims a prototype setup—dubbed CVT4EV—installed in a Volkswagen e-Golf increases efficiency by up to 4%.

This is due to the flexibility of variable drive ratios, according to Bosch. In particular, a higher ratio maintains efficiency at higher speeds, while also increasing top speed and providing more torque for towing, the company claims.

Bosch says its CVT4EV setup is suitable for many applications, including midsize cars, sports cars, and light commercial vehicles. Individual software programs for each application minimize the need for hardware changes.

Of course we're a bit skeptical when a company that serves to gain by selling a component is convinced it's essential while no other EV maker (that we know of) has seriously considered it. It's also potentially something with additional service and repair needs, and an additional manufacturing footprint.

Bosch, which was at the center of the Volkswagen diesel scandal, pivoted toward fuel cells as a potential future in 2019—definitely not a technology that VW agrees is a good idea.

Bosch recently said that it planned to invest in combustion technology into the 2040s—and there could be some interest here in establishing CVTs as an area of overlap between EVs and ICE models—such as a new type of hybrid system.

Many years ago it appeared that most internal-combustion vehicles were headed to a CVT future—although transmissions with set gears survived partly because it was easier to hybridize them. The combination of an engine, CVT, and electric motor didn't work so well for Honda, for instance, in previous versions of the Civic Hybrid and Insight; Honda boasted that it's essentially taken the transmission out of its subsequent two-motor hybrid efforts.