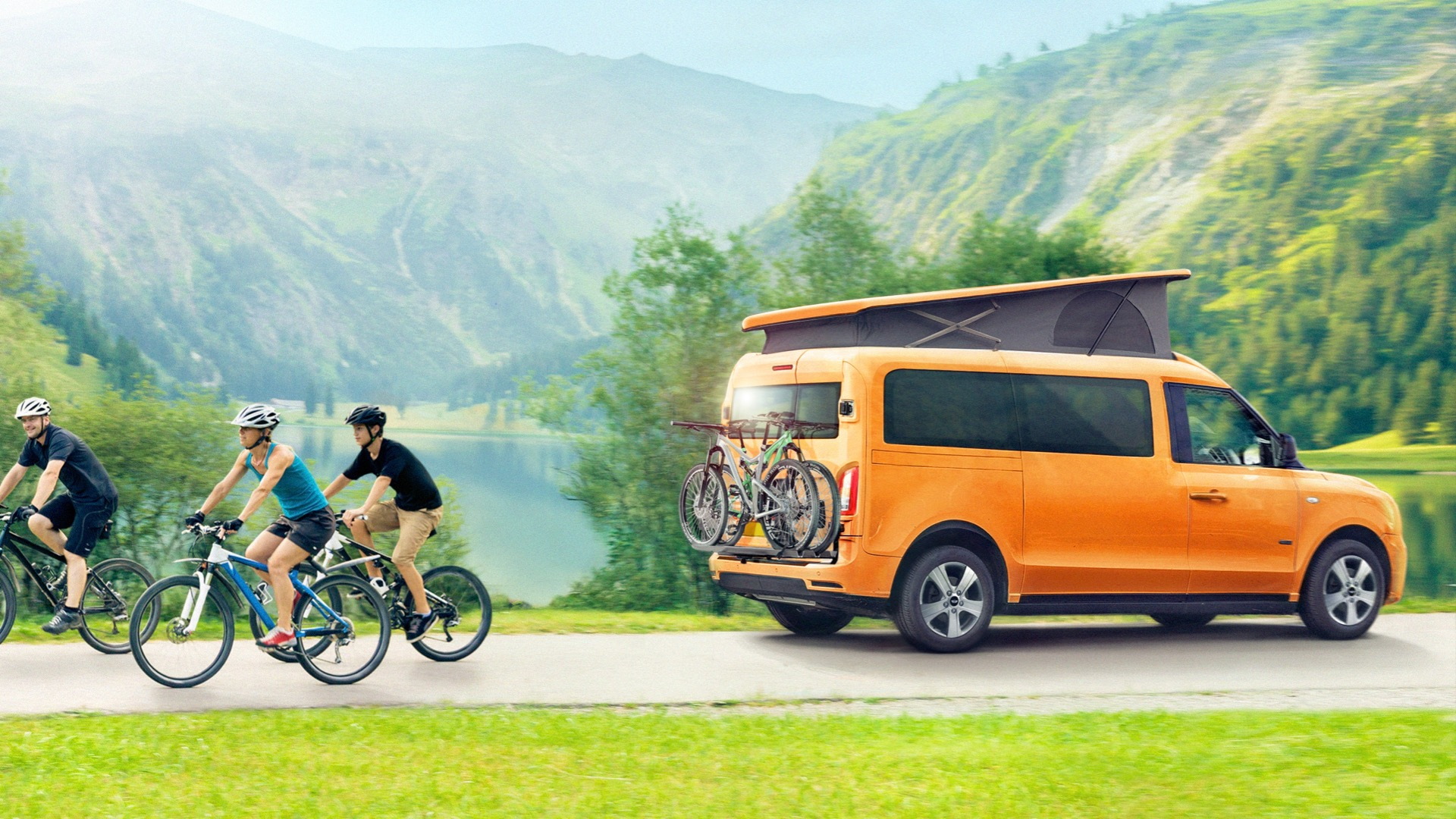 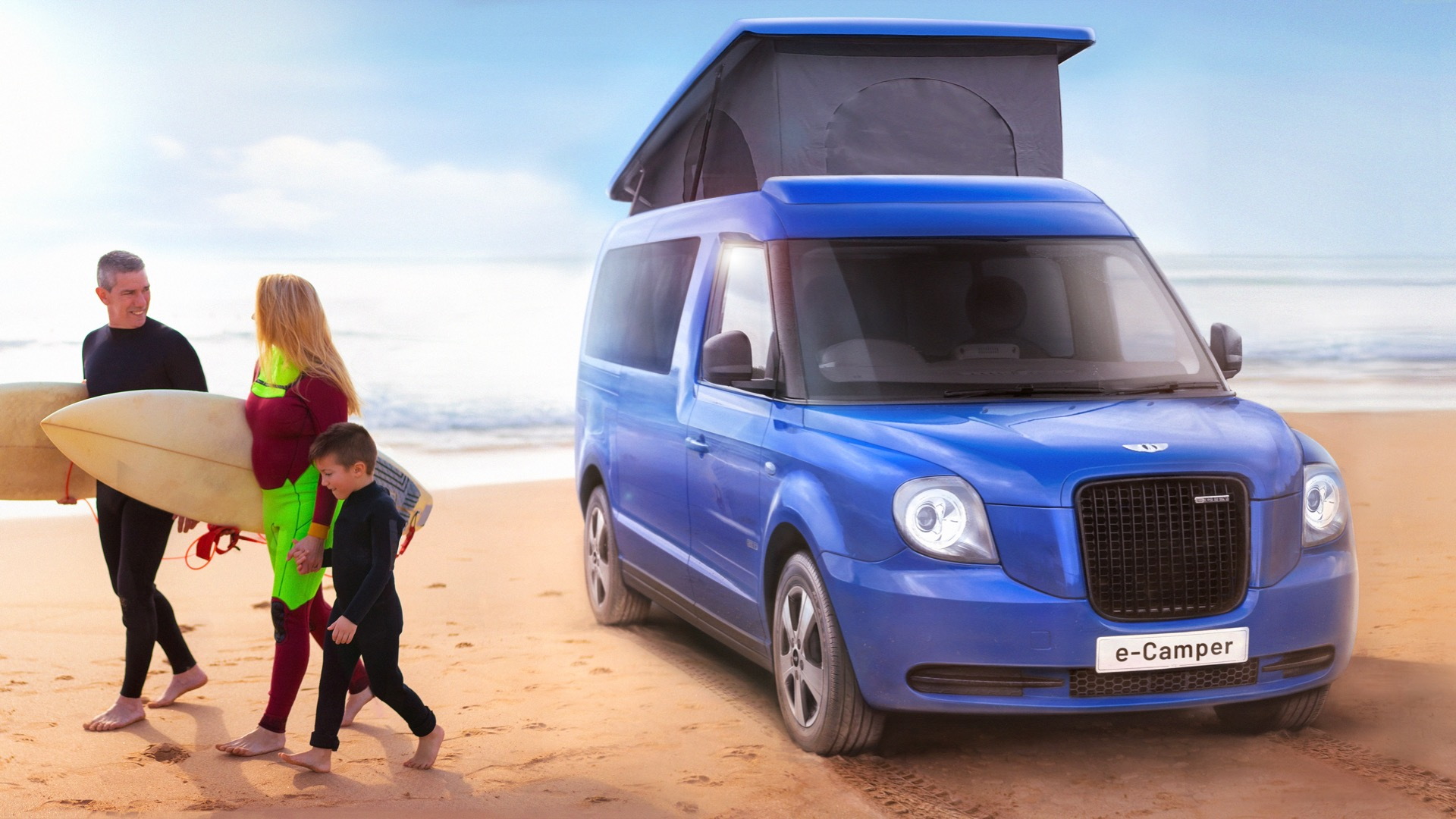 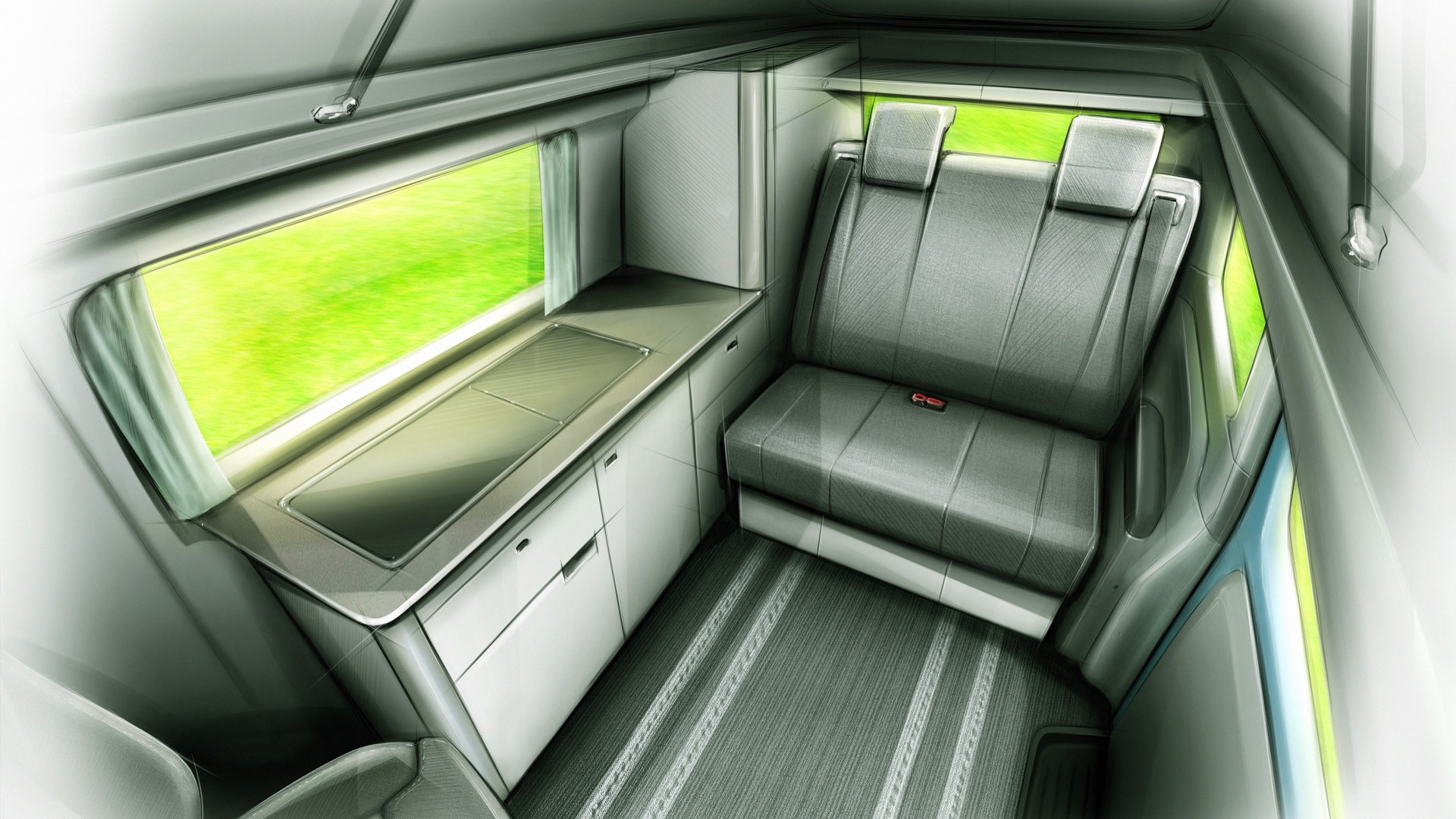 London Electric Vehicle Company (LEVC) has turned its range-extended electric London taxi into a camper van. European deliveries are scheduled to start in the fourth quarter of this year.

LEVC claims this new model, dubbed e-Camper, is the world's first all-electric camper van, but that's a bit of a stretch. First off, the e-Camper still has a tailpipe.

The camper van is, like the London cab and delivery-van models on which it's based, a range-extended EV, meaning the engine won't come on until after the charge is used up. But it does nevertheless carry an engine, fuel tank, tailpipe, etc., for longer trips.

LEVC quotes 60.9 miles of electric range (or 75.8 miles in city driving), based on the European WLTP testing cycle, with a total range of 304 miles.

The e-Camper has a pop-up roof and front seats that swivel 180 degrees to create a more livable space in the wilderness. It also incorporates an "electric kitchenette," although you can get something similar in the Rivian R1T electric pickup truck.

The taxi-turned-camper van starts at the equivalent of $86,632, but is unlikely to make it to the United States. Other companies have discussed all-electric camping vehicles (without the range extender), but with questionable prospects.

Nissan has teased an e-NV200 Winter Camper concept for Europe, but we'd say the chances of that ever being sold are next to nil. Lordstown Motors is also working on an electric RV based on its Endurance electric pickup, with Camping World, but the company seems to be struggling just to get the Endurance into production.

And if you really, really want to go lightweight, the California startup Aptera has teased a small pop-up tent in the back of its Sol solar-supplemented EV.