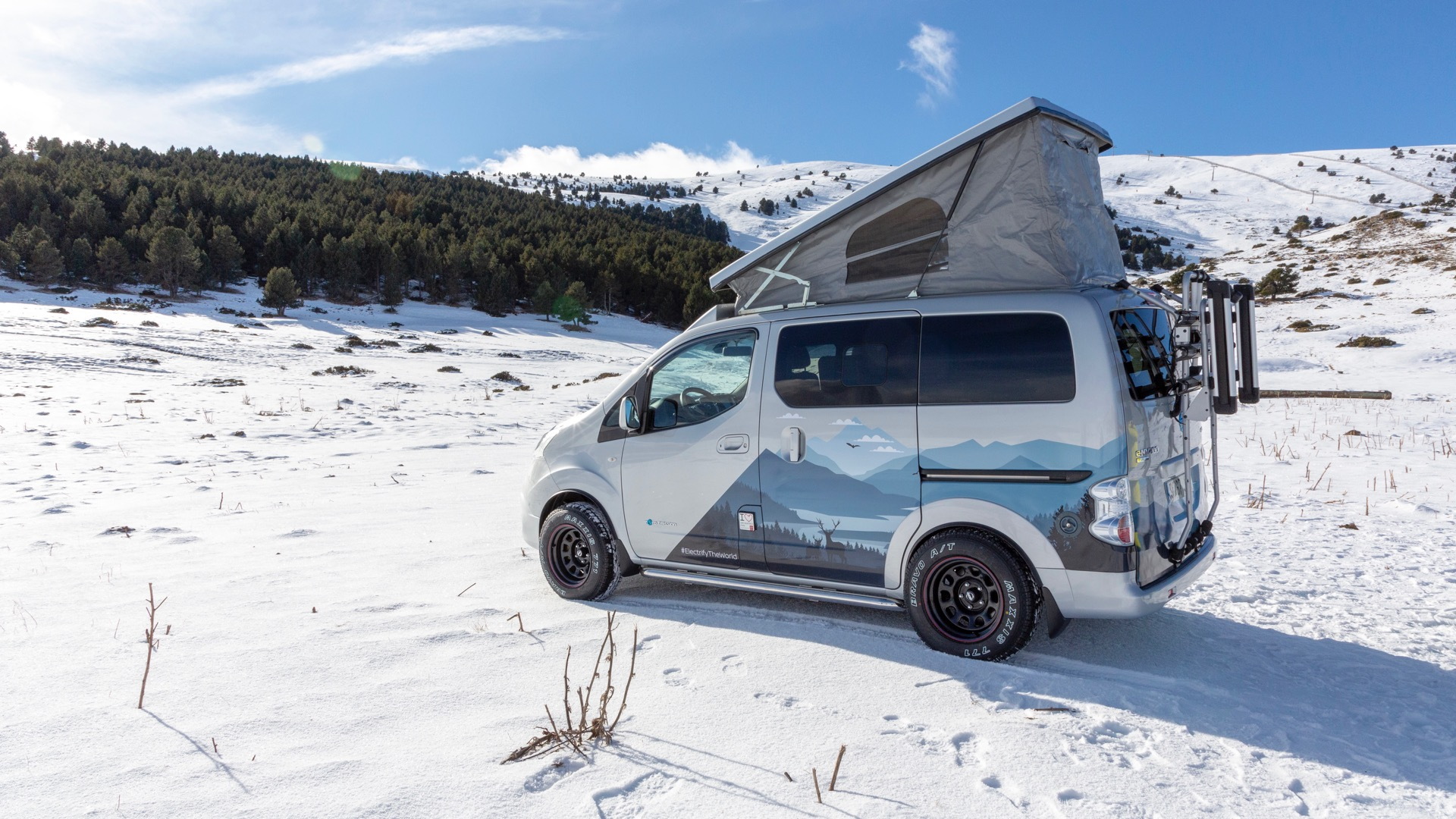 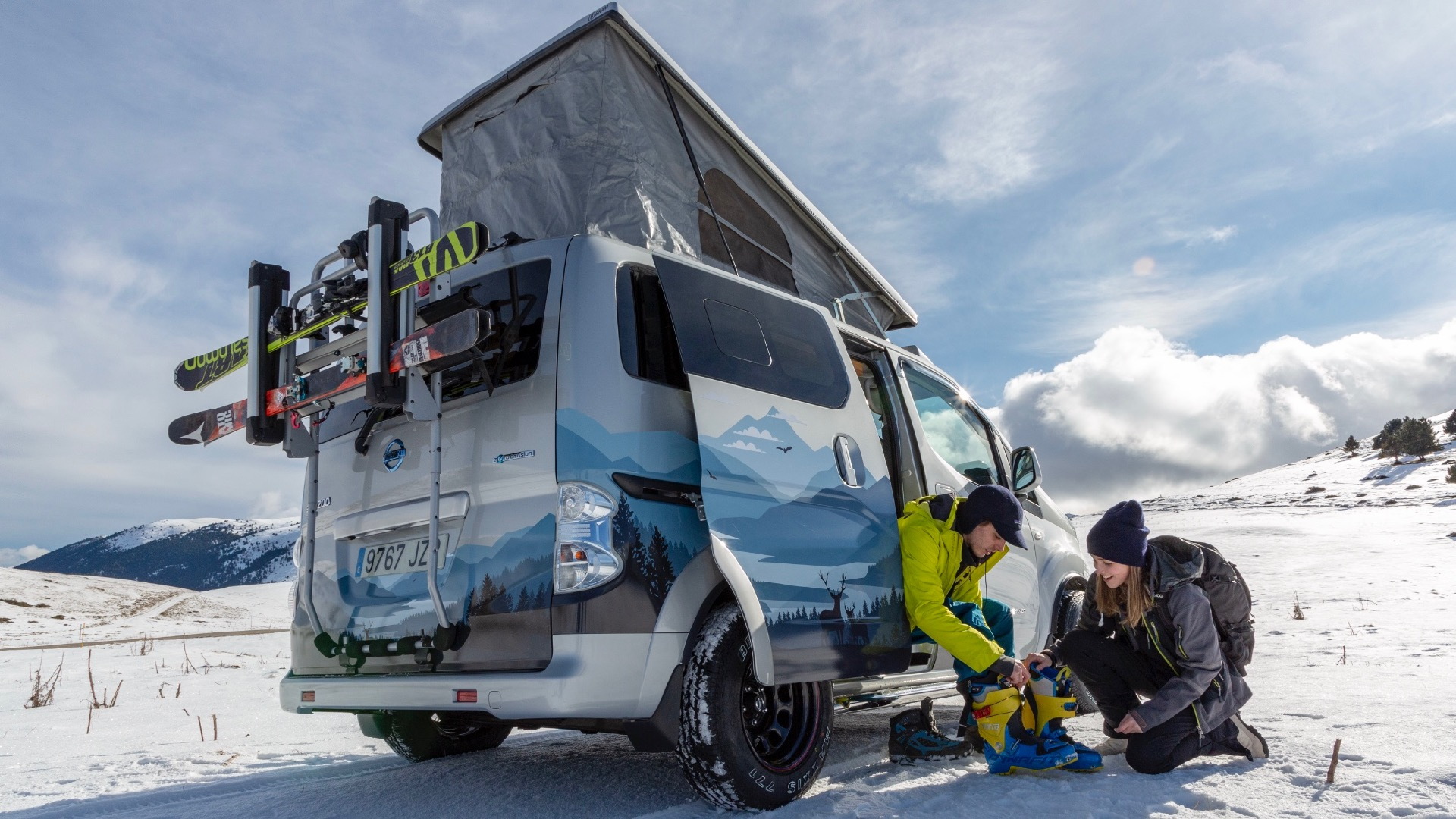 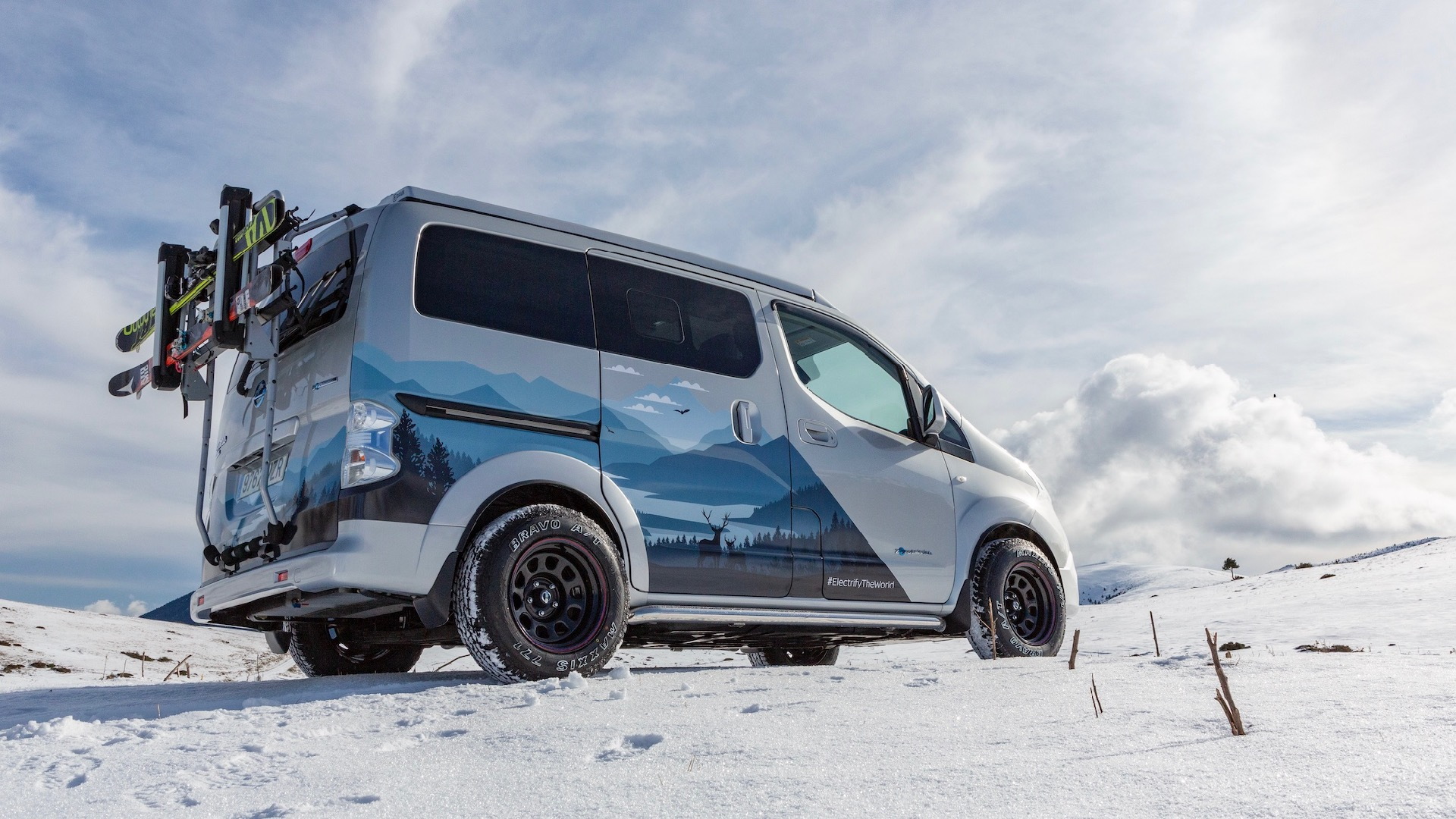 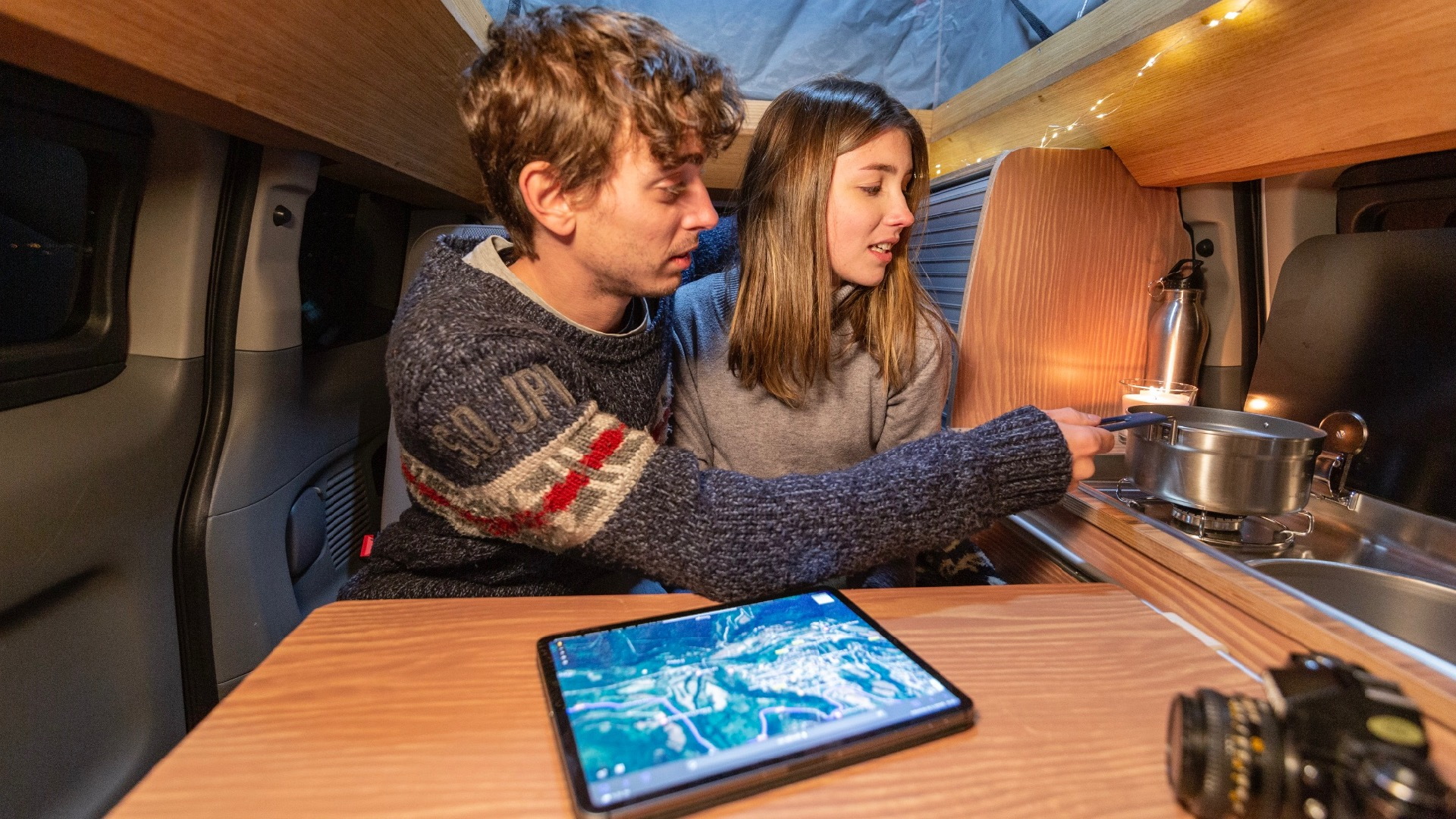 If you're going to build a camper van, why not make it electric? The Nissan e-NV200 Winter Camper concept shows how an electric van can be converted into a home away from home.

The modified van is equipped with a 220-volt battery to power onboard accessories, which can be recharged using a roof-mounted solar panel. Inside, you get a refrigerator, folding beds, and insulated glass. The concept vehicle also has a scaled-down version of the camp kitchen idea Rivian has already confirmed as an option on the R1T electric pickup truck.

To make getting to the campsite easier, Nissan added off-road tires, spotlights, and mudguards. It also raised the ride height by an unspecified amount.

The e-NV200 is essentially an NV200 van with a Nissan Leaf powertrain. While both the gasoline NV200 and the Leaf are sold in the United States, Nissan hasn't seen fit to bring the electric van here.

Earlier this year Nissan started offering a bigger XL version of the e-NV200, but that didn't change the talking points coming from the company about U.S. availability.

Yet something like the Winter Camper concept, based on one of several upcoming affordable electric vans, could be the future of vanning and affordable camping in America.

Responding to anticipated demand for delivery services from the ongoing e-commerce boom, manufacturers large and small are developing electric vans for the U.S. market. Startup Canoo recently unveiled a delivery van based on its skateboard platform, and the ubiquitous Ford Transit is getting an electric option, too. General Motors is launching an entire business specifically for electric commercial fleets, complete with a dedicated electric van and pallet system.