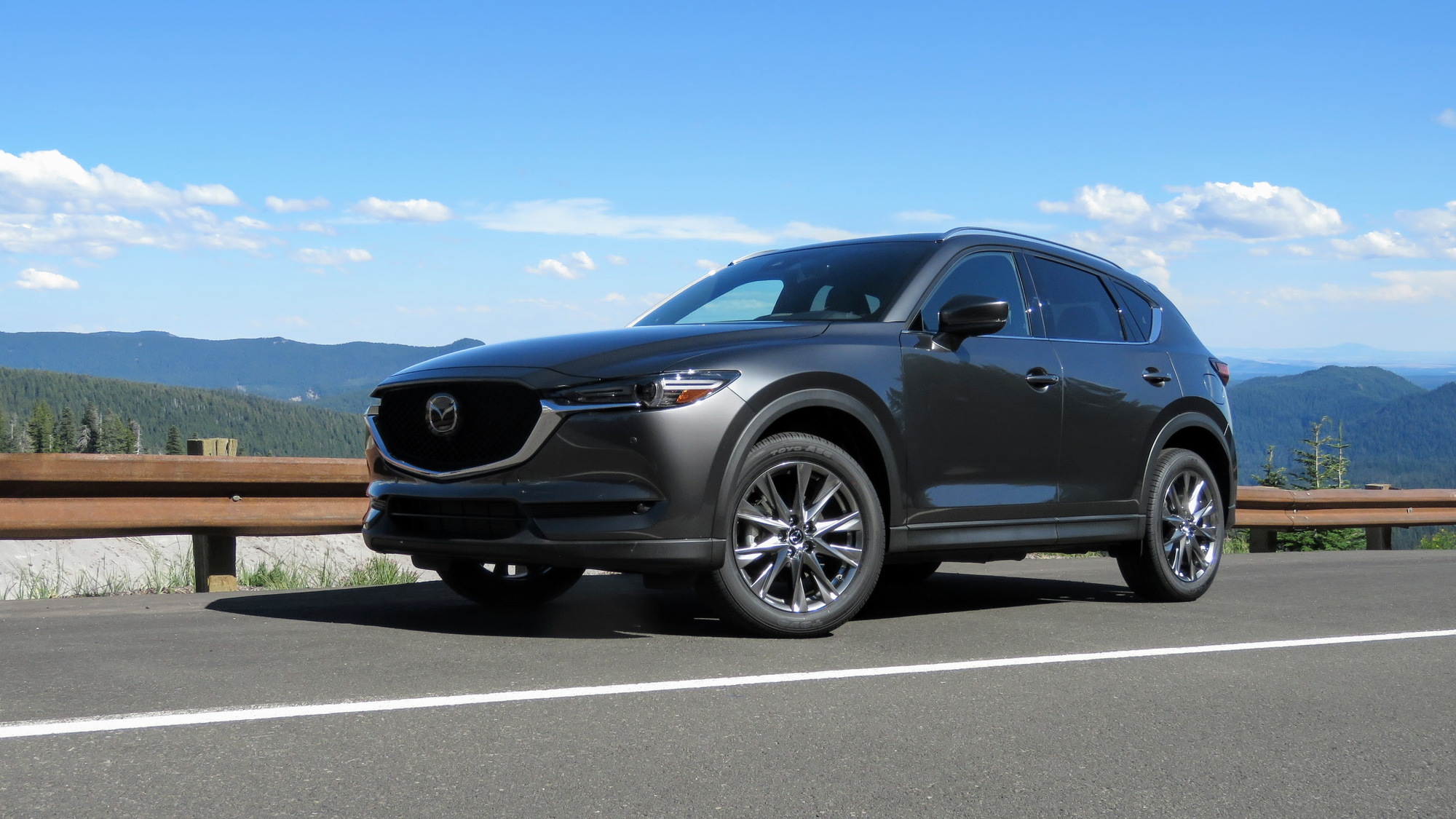 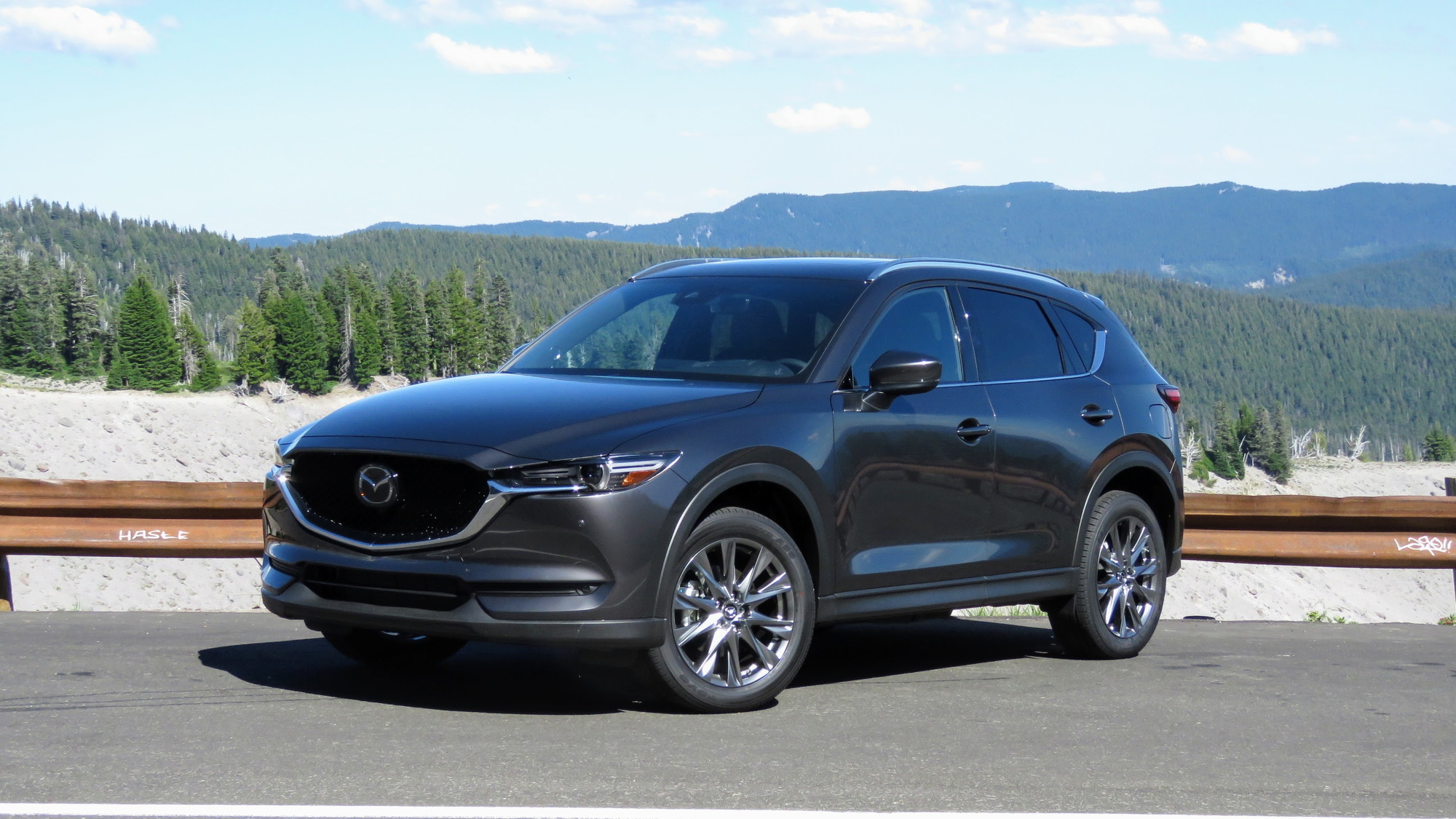 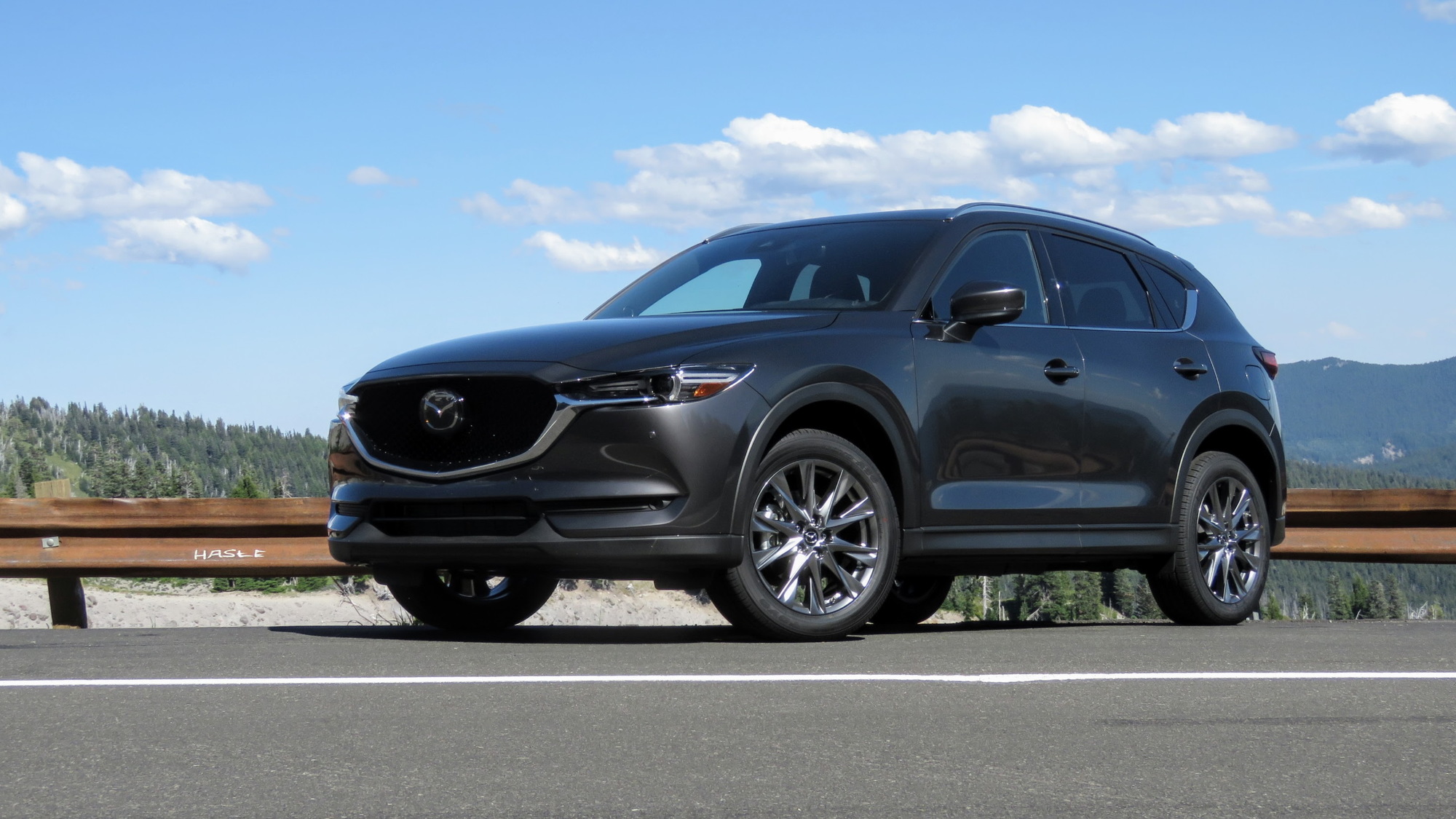 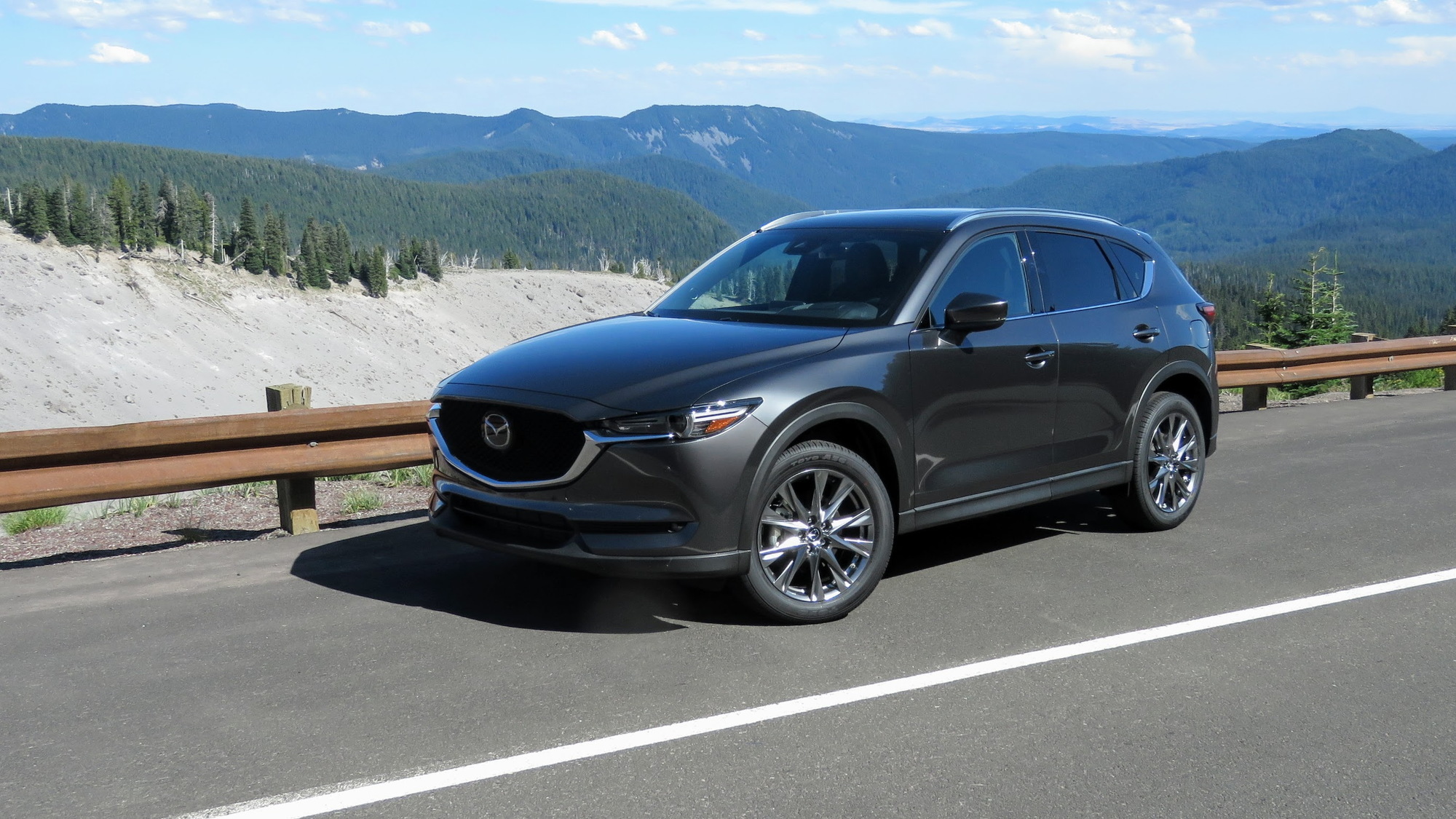 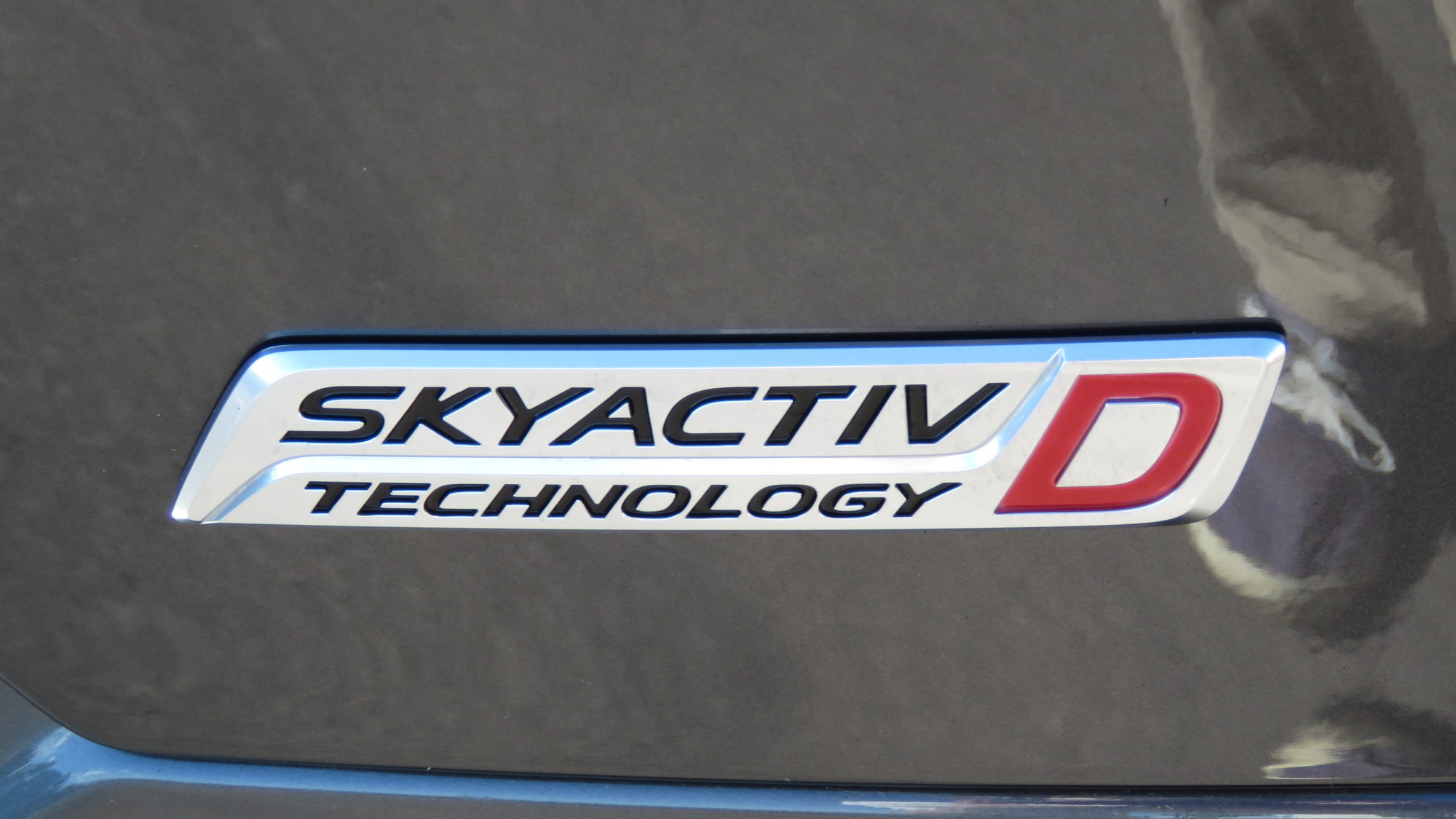 Mazda teased a special kind of high-mpg diesel zoom-zoom for a decade. And then it fizzled in months.

By the time the 2019 Mazda CX-5 Skyactiv-D finally arrived in 2019, diesel was on the verge of irrelevance outside of bigger trucks intended to haul long distances. Several intriguing EVs its size were about to hit the market. Hybrids beat it in fuel efficiency, price, and performance.

That’s essentially the tl;dr version for this model, which in quick retrospect was a last whimper of the passenger-vehicle diesel for the U.S. market. If you really want one, it’s going to take some patience. As of this past week, I couldn’t find a single used or certified pre-owned one in a search of dealerships.

Mazda confirmed in January that after evaluating consumer demand it would no longer offer the diesel in the U.S. market—although it would continue to advance its diesel tech globally. It still won’t say exactly how many it ended up delivering, but we suspect it’s in the very low thousands—mostly to people who had waited for them.

A decade in the making

A little context and history is in order. Ironically, given the Volkswagen diesel scandal, it was VW that Mazda had seemed to be chasing into the U.S. market initially with its long-winded diesel project. I was one of those eagerly anticipating the engine then badged Sky-D—many years ago, before long-range mass-market EV options, and before hybrids and PHEVs accelerated their evolution.

Mazda originally touted that with its active ceramic diesel particulate filter, there was no need for urea exhaust treatment. Company officials said that it would be the cleanest diesel for the North American market—cleaner than the versions of VW’s TDI engine at the time. Mazda boasted that its approach, which relied on a lower compression ratio and more even combustion, would likely result in lower levels of the fine particulates that have been the subject of greater public health concern in the past decade.

An early drive in 2011 was promising, and I found this combination to be very perky and engaging.

The engine, which was announced in 2010 and originally due to arrive in 2012 in the Mazda 6 sedan, was touted as being capable of reaching an EPA rating of 43 miles per gallon highway, better than the Toyota Camry Hybrid and, at that time, Ford Fusion Hybrid and Hyundai Sonata Hybrid.

A series of delays did bring the engine to the U.S.—retuned, with the addition of urea injection. Based on some time with the CX-5 Skyactiv-D in August 2019, I found it didn't deliver what had been promised all along.

Underwhelming numbers for the driving experience

Today or nearly two years ago, none of the numbers are particularly compelling. In its final U.S. spec, the engine made 168 horsepower and 290 pound-feet of torque, it was paired with a 6-speed automatic transmission, and only came in all-wheel-drive form. The Signature all-wheel-drive model I tested—the only way to get it—was optioned up with a roof rack, a trailer hitch, and a few other accessories, bringing the total MSRP to $44,040, and its window sticker listed EPA ratings of 27 mpg city, 30 highway, 28 combined.

I gulped at the value proposition, thinking that I could have a luxury brand plug-in hybrid for that money—or, a few months later, a Tesla Model Y.

Temperatures were mostly in the 80s, and I ran errands for several days, mostly short trips, and was rather shocked to see the CX-5 had averaged less than 21 mpg over around 50 miles of driving. The Skyactiv-D was a little rougher and coarser than Mazda’s gasoline engine in the CX-5 until it fully warmed up, reaching a smooth purr of a low idle, but I never smelled even a whiff of diesel outside of when I was filling it.

I’d just been in a RAV4 Hybrid a couple of weeks earlier and noted that the Toyota had felt quicker around town. A substantial turbo lag at lower speeds delayed quick responses, and it was lazier to rev than earlier versions.

I then took the CX-5 on a 245-mile loop past Mt. Hood and through high desert and part of the Columbia Gorge, on a mix of two-lane highways and 65-mph freeway stretches, keeping close to the speed limit but not hesitating to enjoy the CX-5’s nimble handling and comfortable cabin. The Skyactiv-D, which several test sources have pegged at about 9 seconds to 60 mph, isn’t quick, but particularly on curvy roads around Mt. Hood, keeping the engine on boost, it was rewarding to drive and felt stronger than gas or hybrid alternatives.

Over that trip my average was 31 mpg according to the trip computer, confirmed at that according to a precise fuel fill. Because that result had been a bit disappointing versus what I’d expected, I ran the CX-5 diesel on an out-and-back 65-70-mph highway trip, covering 118 miles in all and resulting in an indicated 33.5-mpg average—less than I’ve seen in recent versions of the RAV4 Hybrid and CR-V Hybrid.

Diesel is more expensive than gasoline. When I drove the Skyactiv-D I noted that diesel costs about 15 cents more a gallon versus gasoline. Now, on a national average, the difference is even more pronounced. The last time I’d tested a gasoline CX-5 I got within 2 mpg of my 31 mpg trip total, and without seeing close to the claimed numbers around town, I just don’t see how the numbers would ever bear out in favor of diesel over the life of the vehicle.

The diesel era for passenger cars in the U.S. didn’t reach an actual choke point until sometime in 2020, during the pandemic—a lung-related one. It's no coincidence that was when automakers were making larger commitments to EVs and big battery supply announcements.

Diesel isn’t just big, heavy-breathing pickups, but this year the selection of diesels offered in the U.S. without a pickup bed has been winnowed down to just a handful of models: the Jeep Wrangler, the Land Rover Range Rover and Range Rover Sport, and GM’s full-size SUVs, the Cadillac Escalade, the GMC Yukon, and the Chevrolet Tahoe and Suburban.

Green Car Reports will keep taking a pragmatic look at what each of those models provide. But the environmental advantages of EVs are undeniable, and with the arrival of trucks like the Rivian R1T, the Ford F-150 Lightning, GMC Hummer EV SUT, and the Tesla Cybertruck, among pickups, and the Rivian R1S and GMC Hummer EV SUV, among other electric trucks on the way, that window of opportunity is closing rapidly.

What’s ahead: Plenty of quirk yet, with EV+rotary and Skyactiv-X six

Mazda announced a large-scale electrification strategy earlier this month, including a dedicated EV platform by 2025 plus various hybrids and plug-in hybrids. The MX-30 electric crossover is also coming to the U.S. later this year, with a range-extended version expected to join the lineup with a version of Mazda’s rotary engine.

In the meantime, Mazda also confirmed to Green Car Reports this past week that it’s continuing development on its Skyactiv-X homogeneous charge compression ignition engine—including making it a 6-cylinder engine.

These technologies take a massive amount of engineering resources, and just because a company is capable of perfecting them doesn’t mean that—like chasing VW’s TDI—they should. But Mazda’s role as an automotive outlier, making different decisions than other big automakers, will fuel a lot of exciting vehicles yet, and we look forward to them. They’ll almost certainly make more sense than this diesel did.