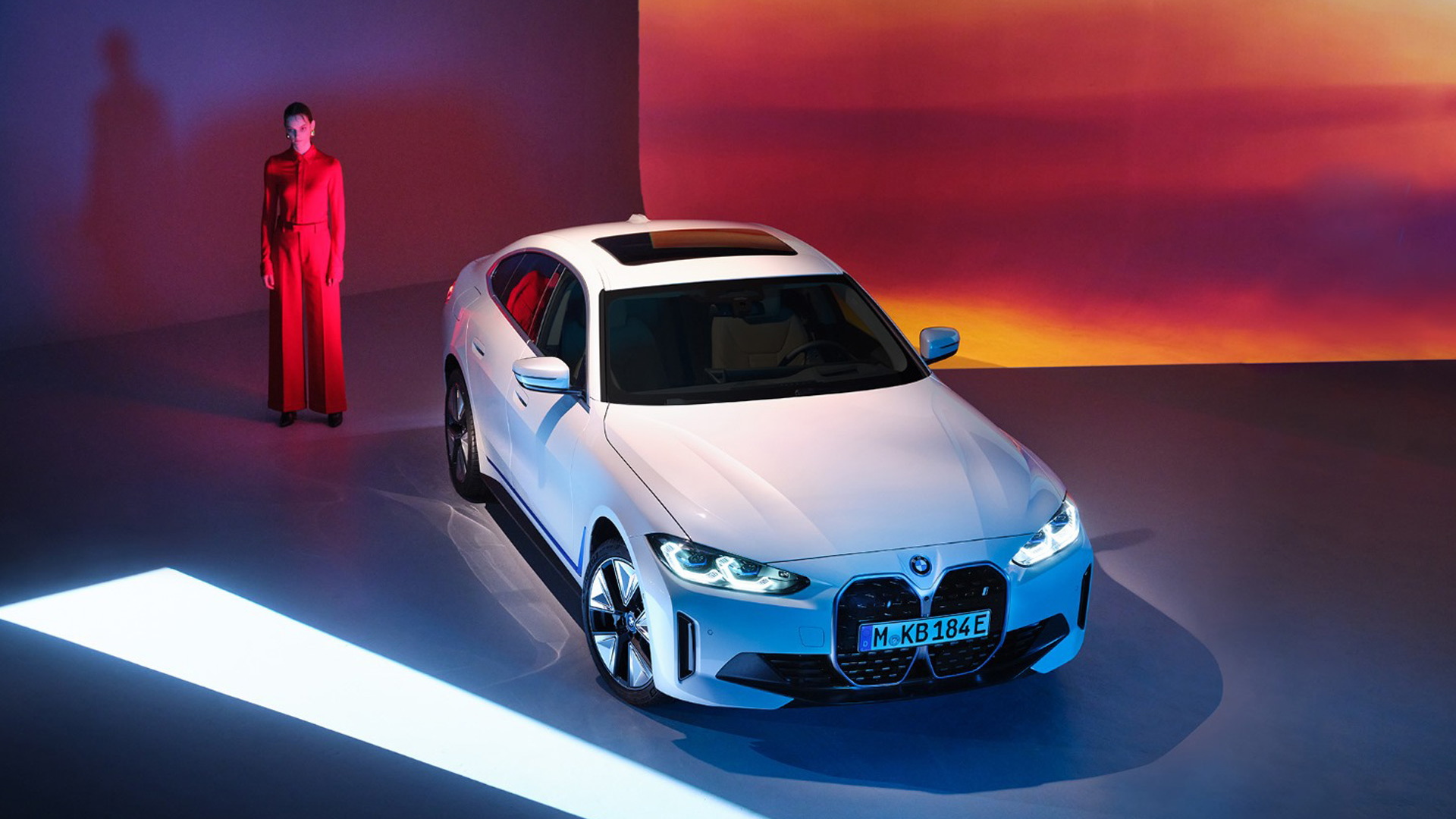 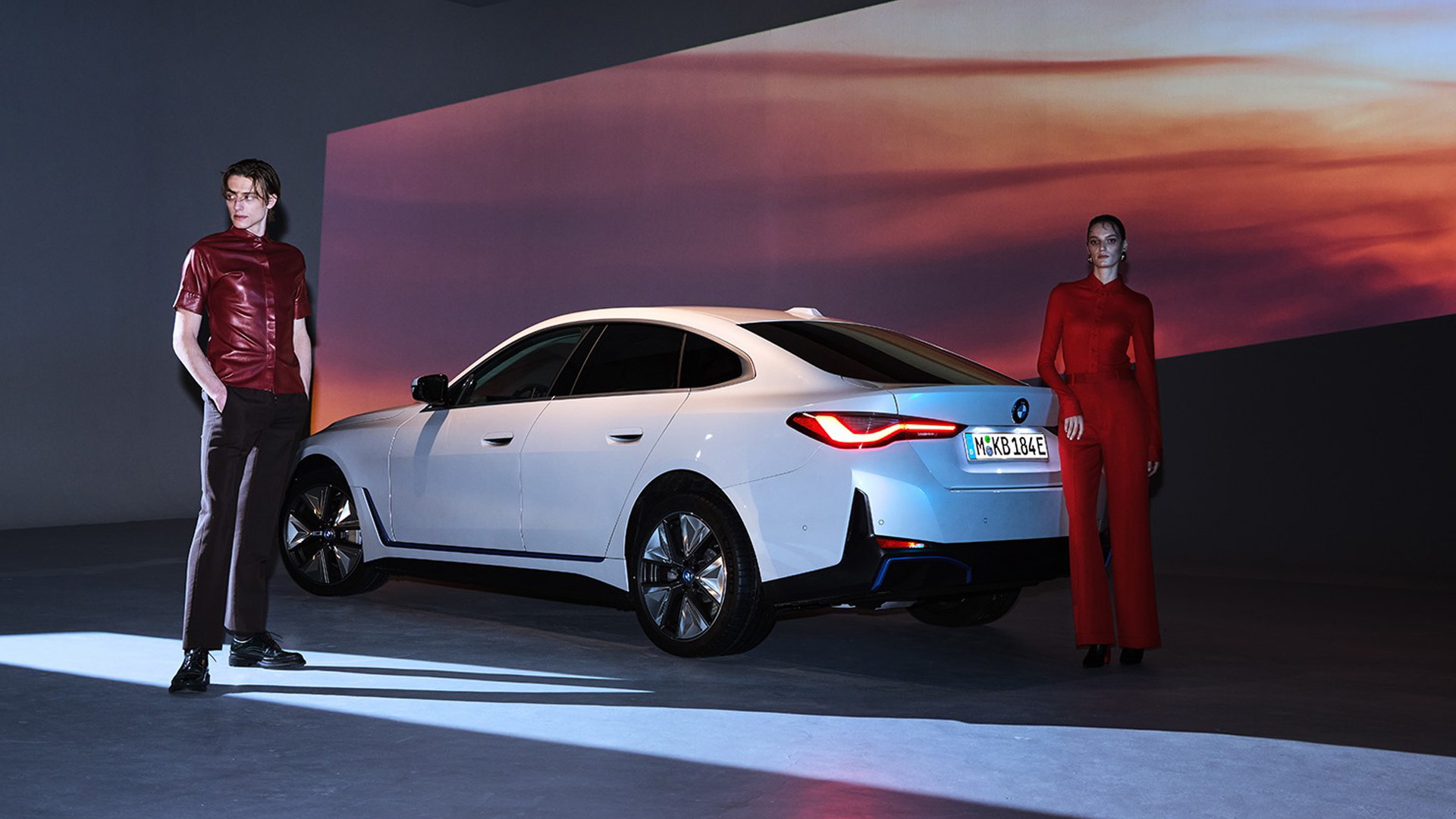 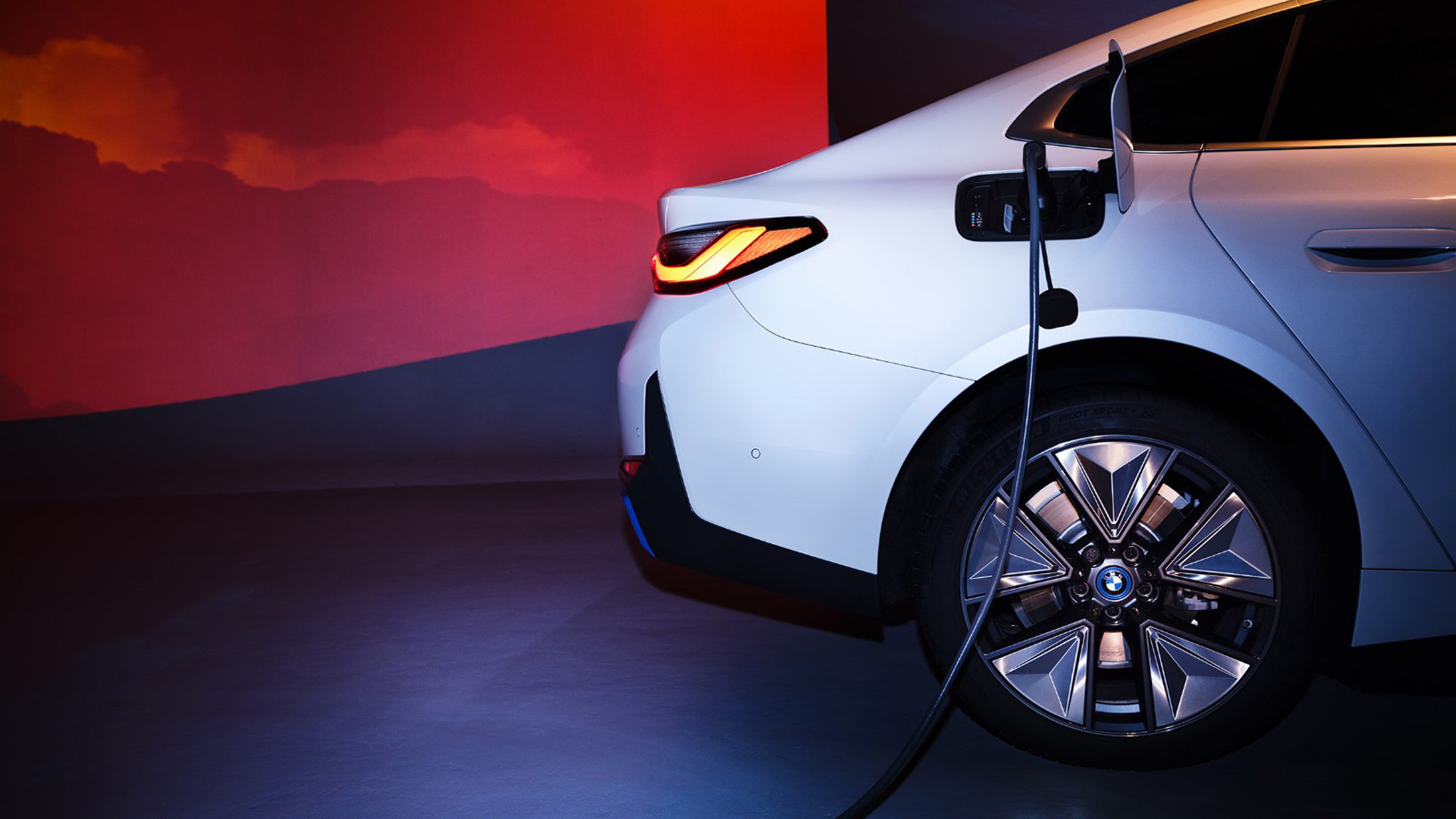 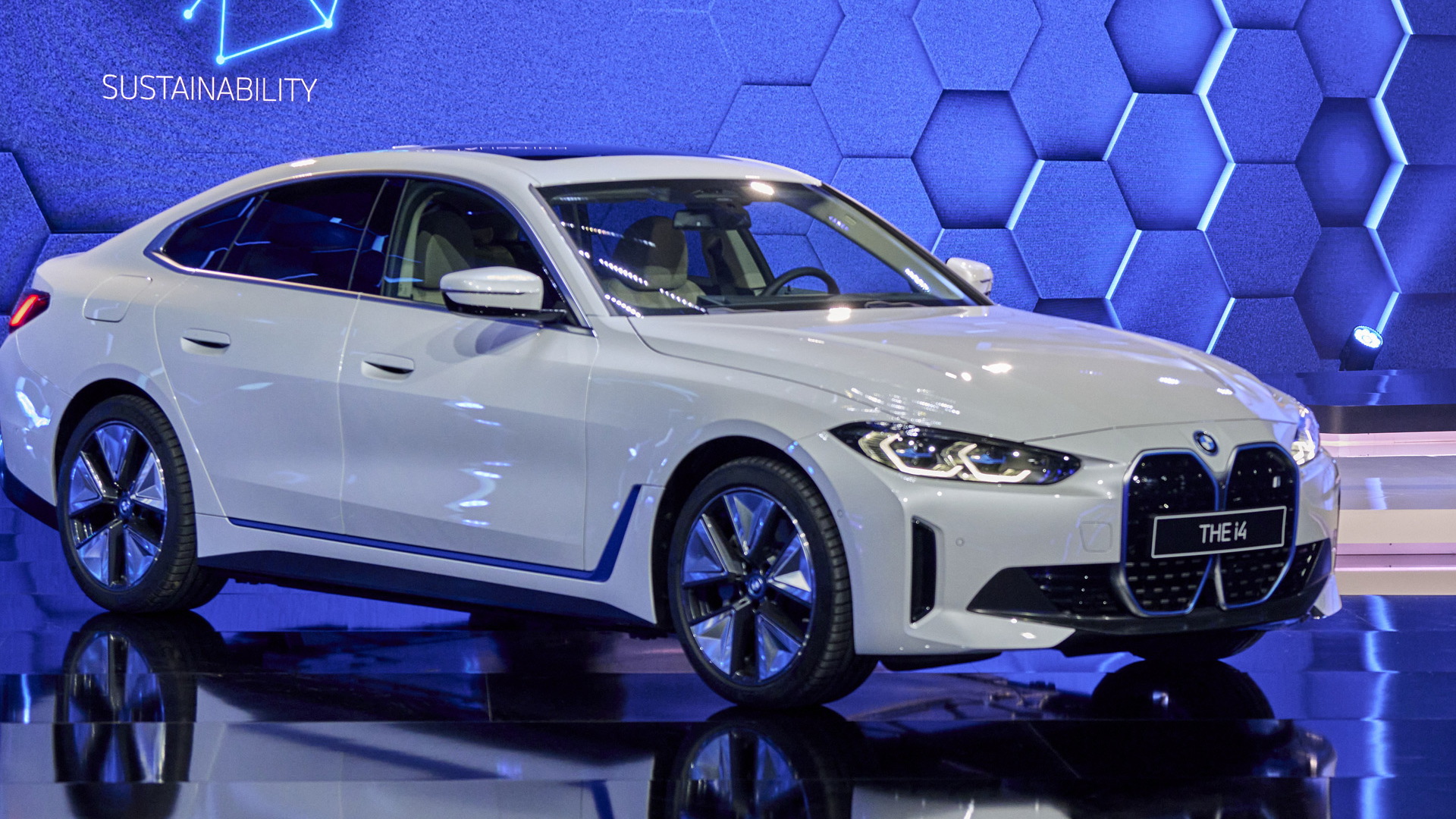 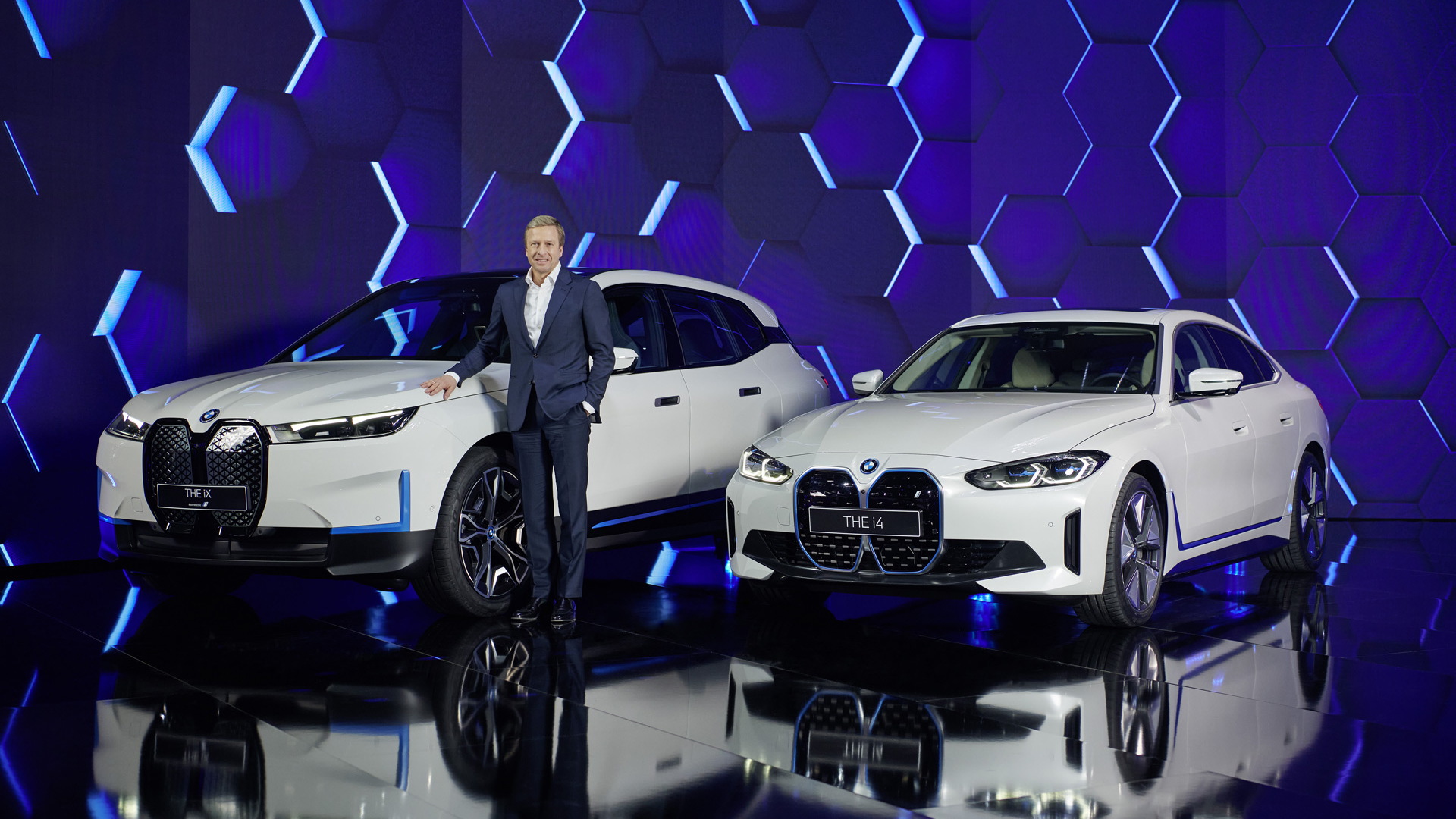 BMW on Wednesday gave the public a first un-camouflaged look at its i4 electric car during an annual conference. The i4 starts production later this year, but likely won't reach the United States until next year, as a 2022 model.

The exterior largely echoes the concept version (itself a follow-up to 2017's i Vision Dynamics concept) unveiled last year. As expected, the i4 is similar in size and shape to the gasoline BMW 4 Series Gran Coupe, meaning it's a four-door sedan with a low, coupe-like roofline. That means the i4 will also be a close match to the Tesla Model 3 in size.

BMW also confirmed that the i4 will be offered in multiple specs, with the range-topping version boasting 523 horsepower, an estimated 300-mile range, and 0-62 mph in around 4.0 seconds. That model will have dual-motor all-wheel drive, but lower-priced versions with a single motor and rear-wheel drive seem likely. Driving range is just a preliminary estimate as of yet, with an anticipated EPA range of up to 300 miles.

An M Performance version will join the lineup sometime after launch, BMW said. The automaker uses that nomenclature for models that are sportier than its standard fare, but still a step below its full-fat M models. Reports have indicated BMW is considering electrifying those as well, however. BMW has also said that even the standard i4 will have sporty handling, which may help it in comparisons with the Model 3.

BMW did not show any interior photos, but we know the i4 will get the automaker's latest iDrive 8 infotainment system, including a massive dashboard display, and a digital key system that allows drivers to use an Apple iPhone in place of a key fob. An integrated Apple Maps feature will also help with finding charging stations.

Globally, BMW plans to have 25 new "electrified" models on sale by 2023, with the majority of those all-electric. BMW decided not to bring the iX3 compact electric crossover to the U.S., but both the i4 and the larger BMW iX electric crossover are expected to arrive here by the end of 2022.