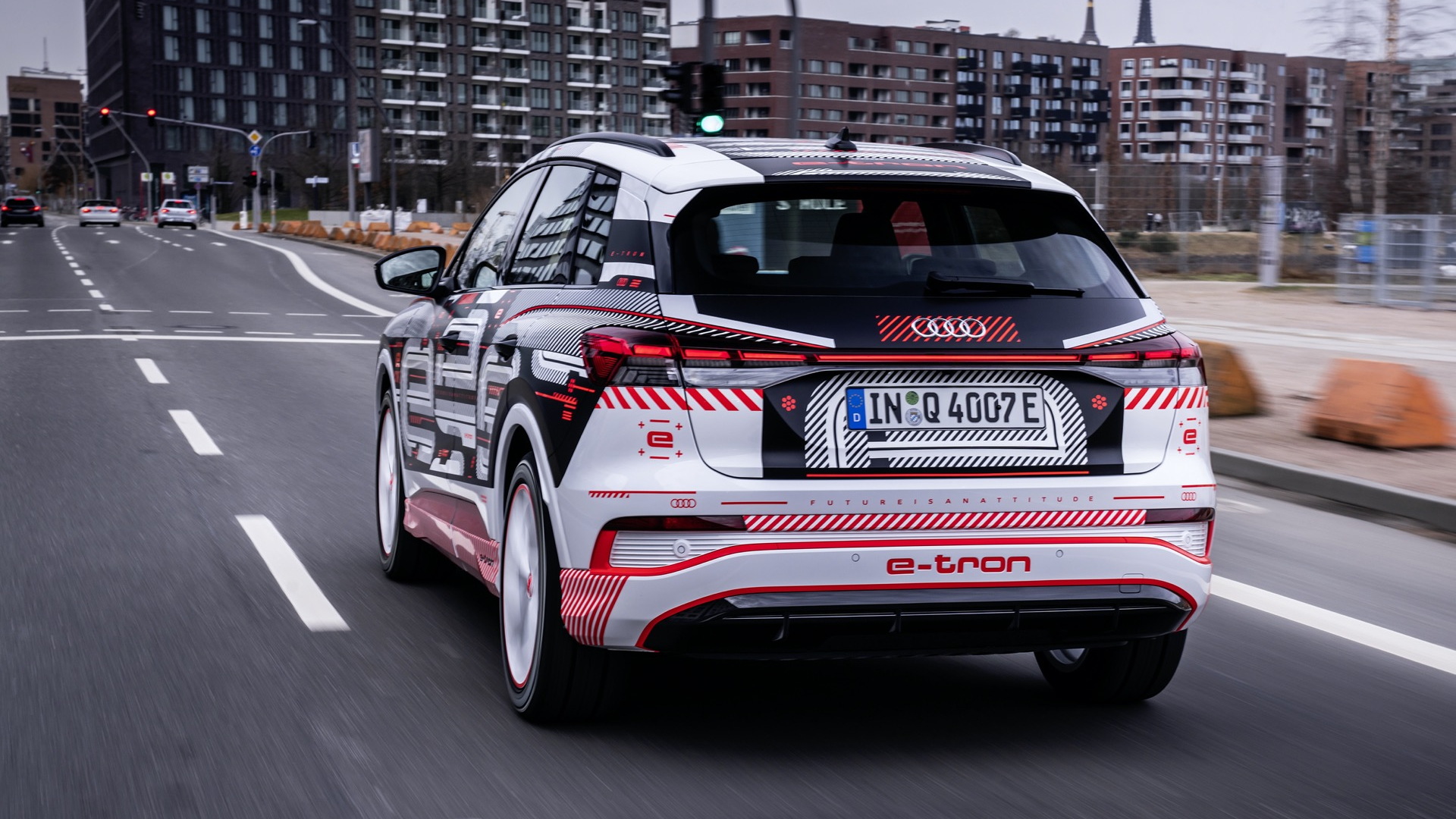 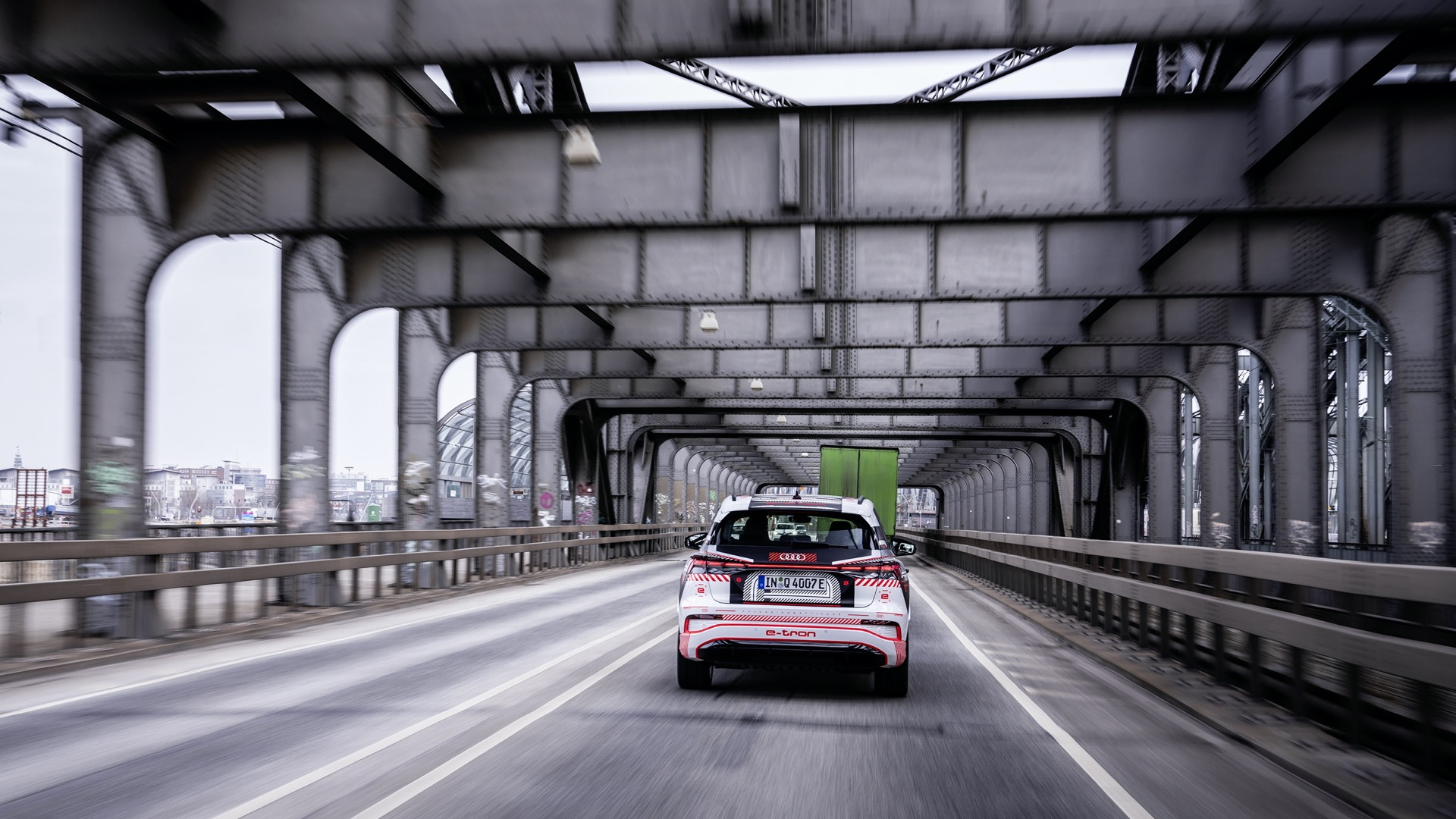 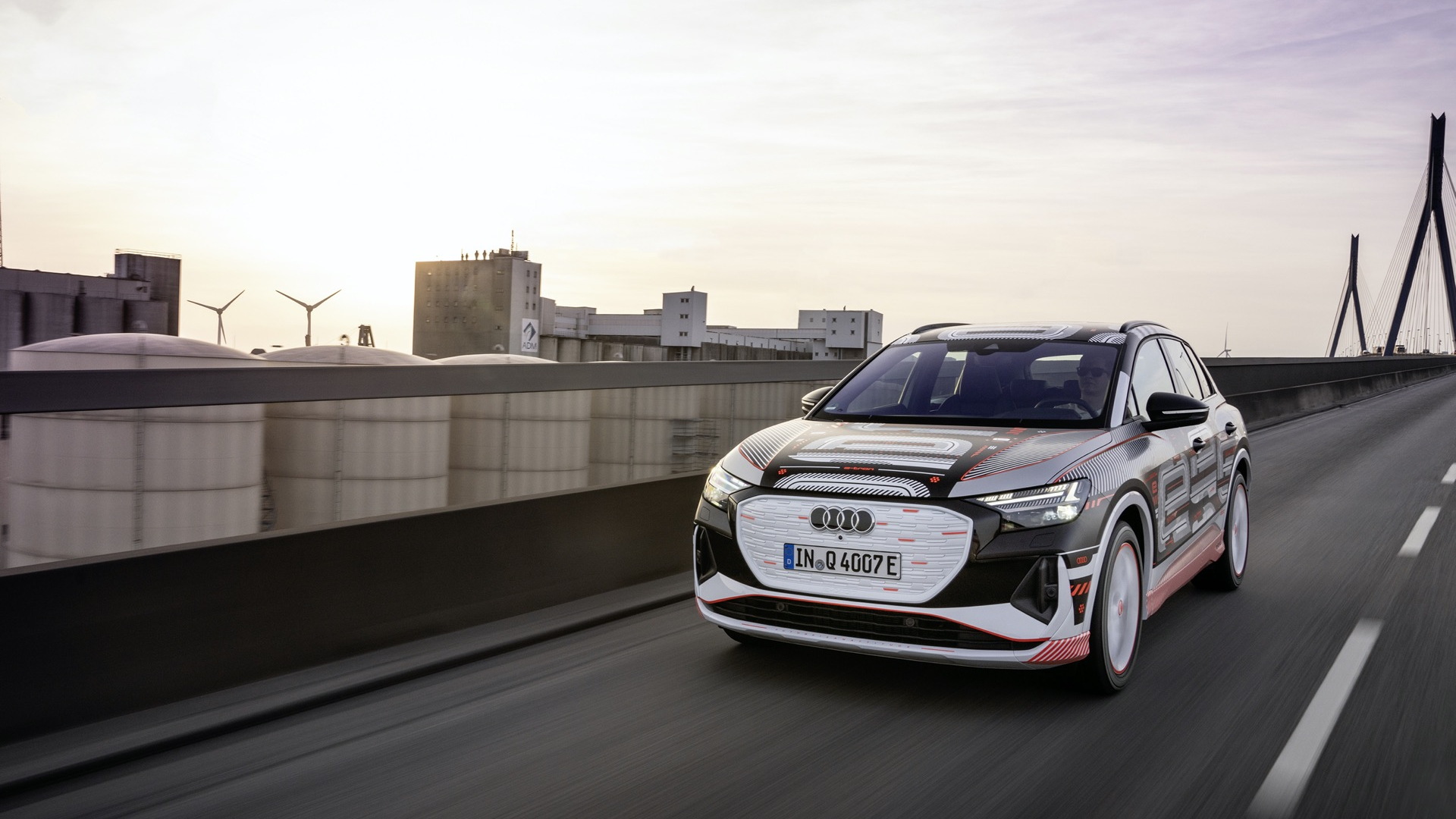 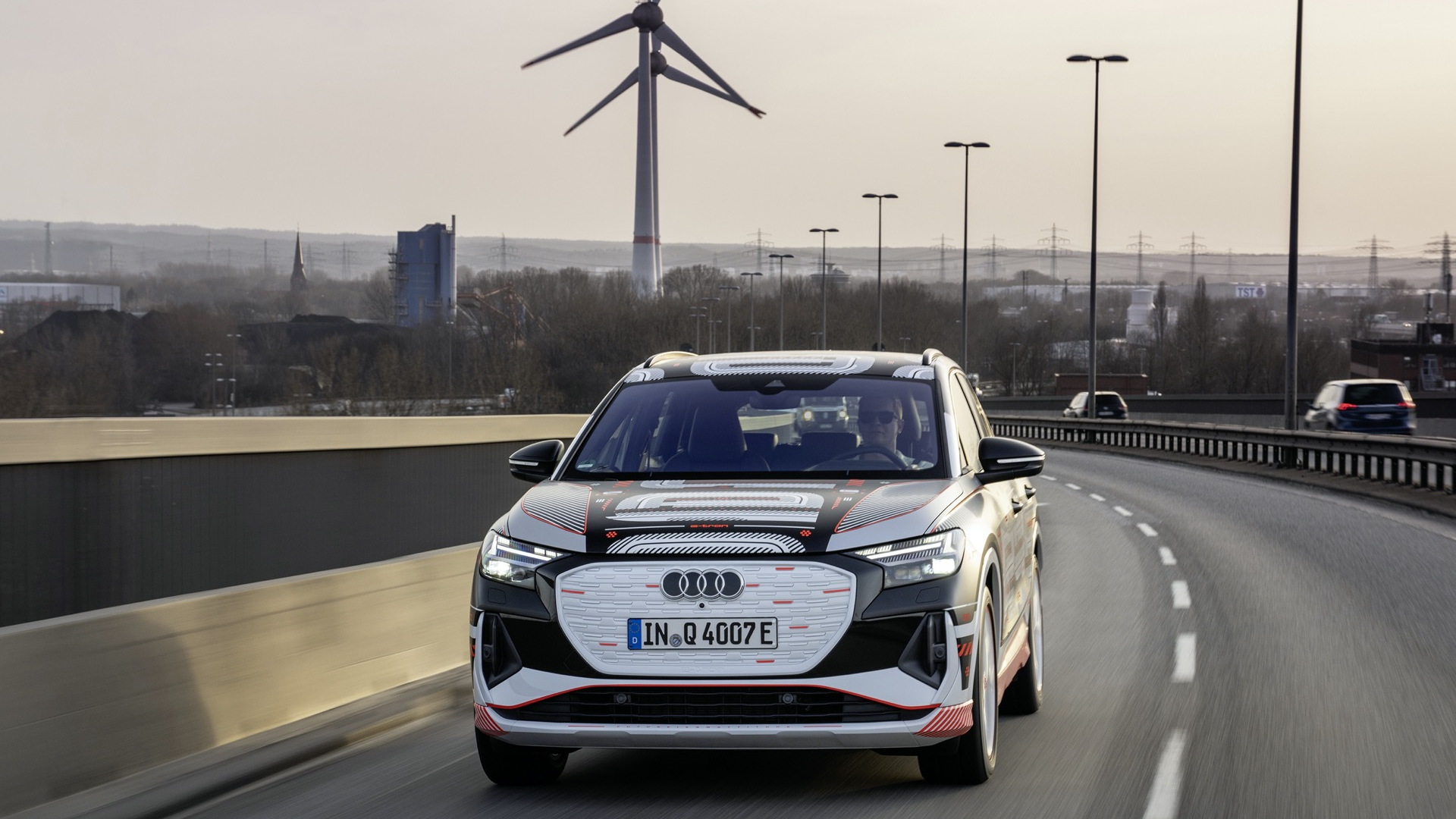 Audi on Tuesday announced some of the first details regarding the production version of its Q4 E-Tron electric SUV, due to arrive late this calendar year or early in 2022.

Although the Q4 is Audi’s first fully electric model built on Volkswagen’s MEB platform for affordable EVs, we breathe a sigh of relief to hear that Audi won’t use the same buggy cabin interface as the ID.4.

The Q4’s interface is different from anything else in the Audi lineup, although it uses the latest A3 as a jumping point. It combines a digital instrument cluster, a central MMI touchscreen, natural-language voice control, and the optional augmented reality HUD.

The augmented reality display and new touchscreen system are both part of Audi’s latest MIB 3 infotainment platform. It includes a version of Audi’s Virtual Cockpit display directly ahead of the driver. Some versions of the Q4 E-Tron will include a 10.3-inch touchscreen at the middle of the dash, but an 11.6-inch system is available and is, as the automaker noted, its largest.

The Q4 E-Tron includes touch “buttons” augmented by haptic feedback at the midline of the dash. A new flat-bottom steering-wheel design makes its debut here, and the buttons that are on the wheel provide haptic feedback. The driver also has the option of saying “Hey Audi” to activate natural-language commands.

There will be standard seats and sport seats, and the production version will have a center airbag that unfolds from the right side of the driver’s seat. Buyers will be able to choose between two eco-fabrics—a Dinamica faux-suede or a Puls fabric-and-faux-leather upholstery—in addition to a Nappa leather option.

Although Audi hasn’t yet revealed final specs regarding the Q4 E-Tron, expect it to closely parallel those of all-wheel-drive ID.4 versions, with a dual-motor system providing 302 combined horsepower and a 0-60 mph time of less than 6.5 seconds. The battery pack will likely offer the same 77 kwh of usable range, with driving range near 250 miles, and 125-kw DC fast charging capable of getting from 5% to 80% in about 40 minutes.

Audi confirmed that the production E-Tron will measure 180.7 inches long, 73.4 inches wide, and 63.5 inches high, with a wheelbase of 108.7 inches. That’s just slightly smaller than when it was first shown in concept form. Overhangs remain short, especially in front, and Audi notes that the cabin is six feet long—as long as that of a typical large SUV.

The Q4 E-Tron seats up to five, and its seating position is 2.8 inches higher in back than in front to help afford a spacious feel while still allowing enough headroom. Audi says that the Q4 includes 0.9 cubic feet of cabin storage compartments. There’s no frunk, however.

Audi has already revealed that the E-Tron will, like the larger E-Tron, be offered in SUV and Sportback body styles.

Curious about the rest? Audi plans to fully reveal the 2022 Q4 E-Tron in April.