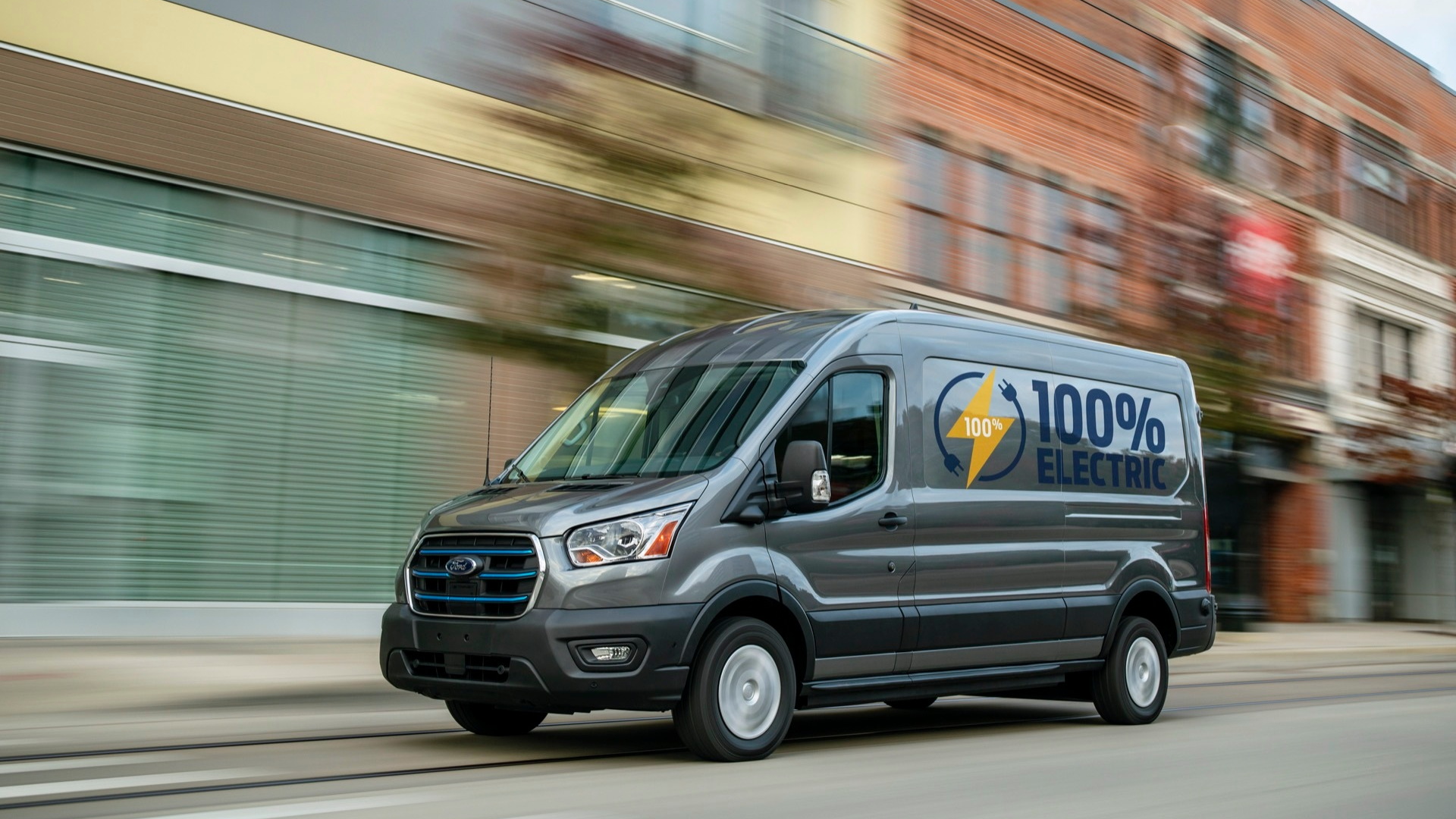 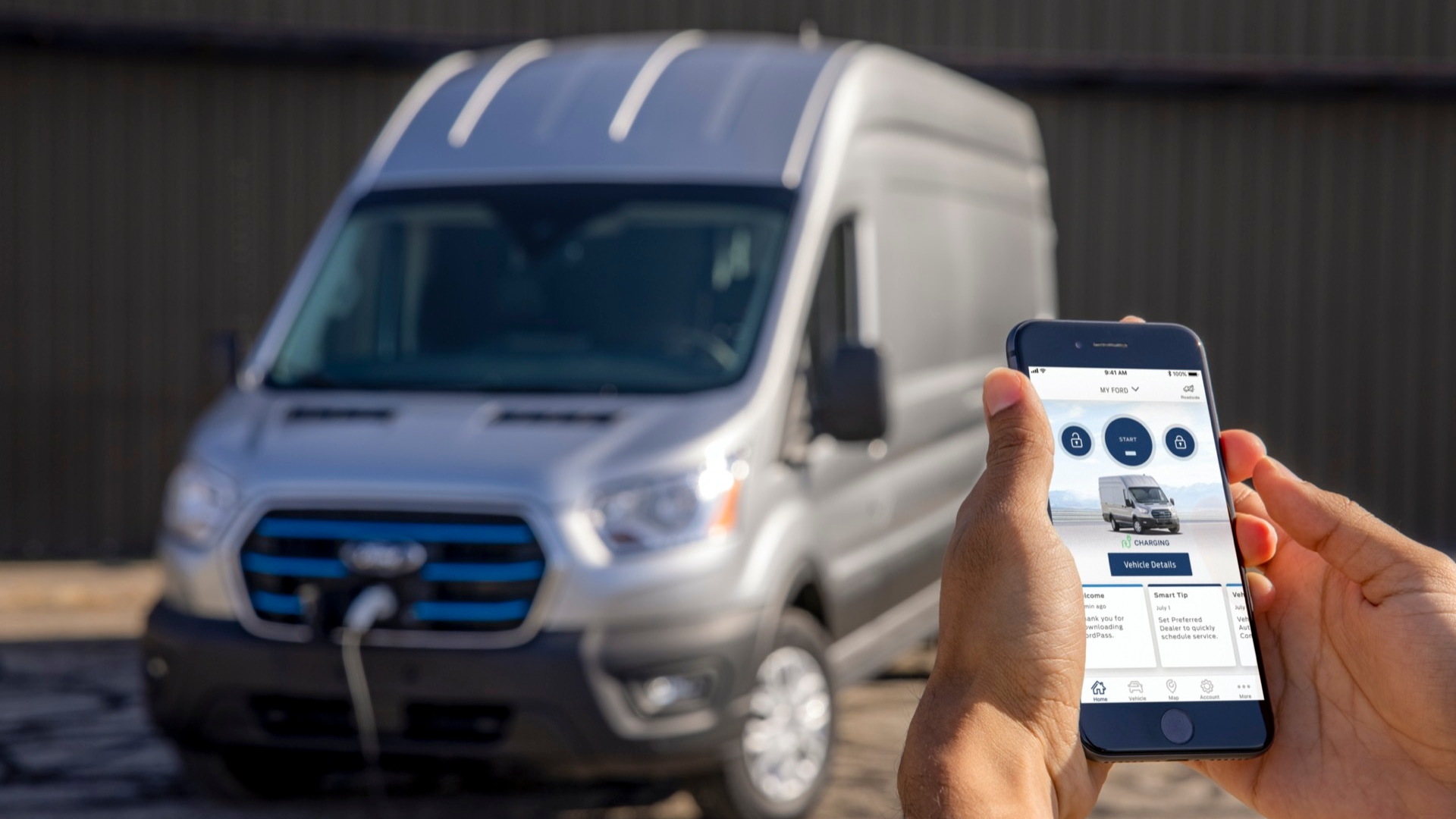 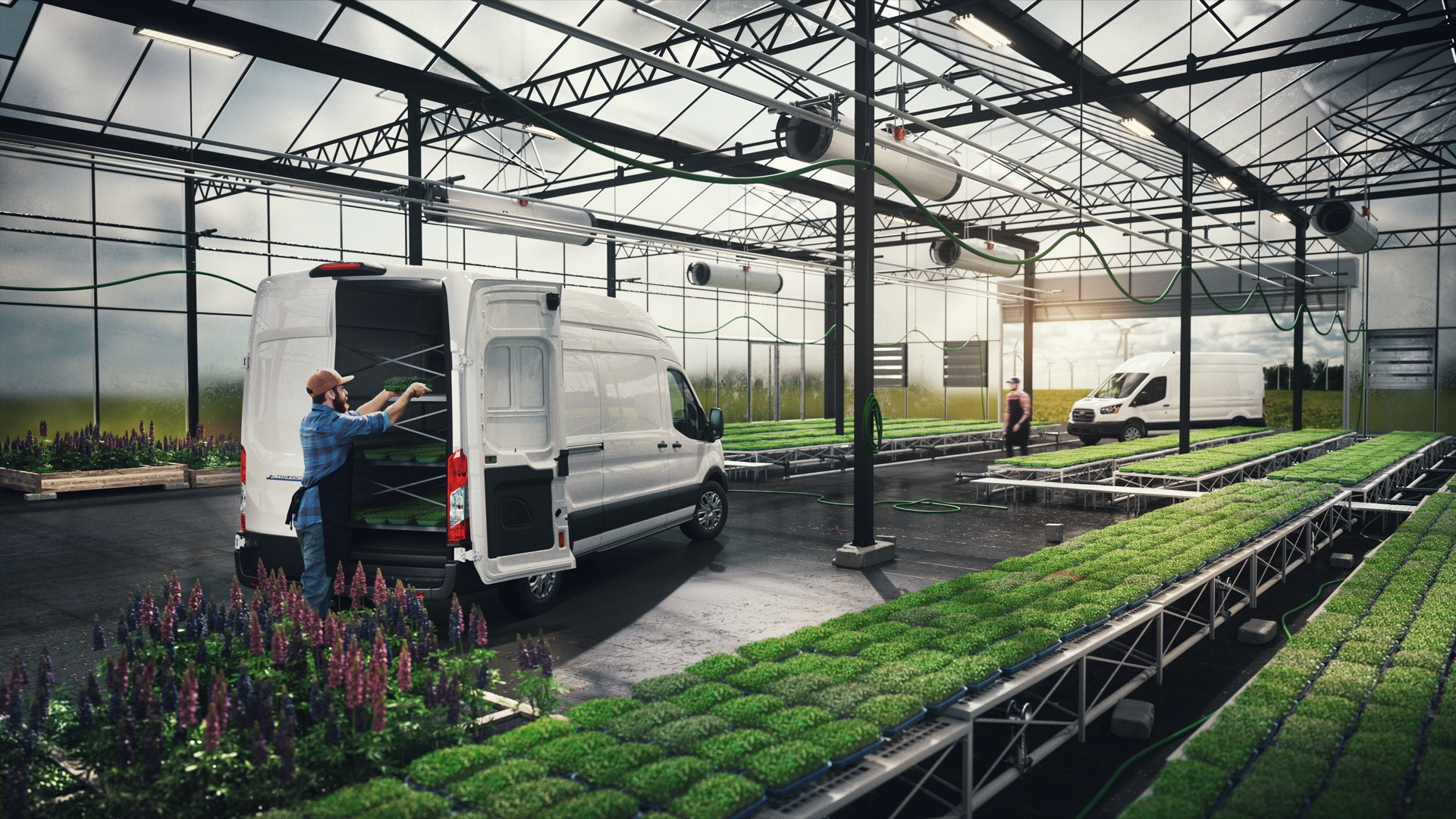 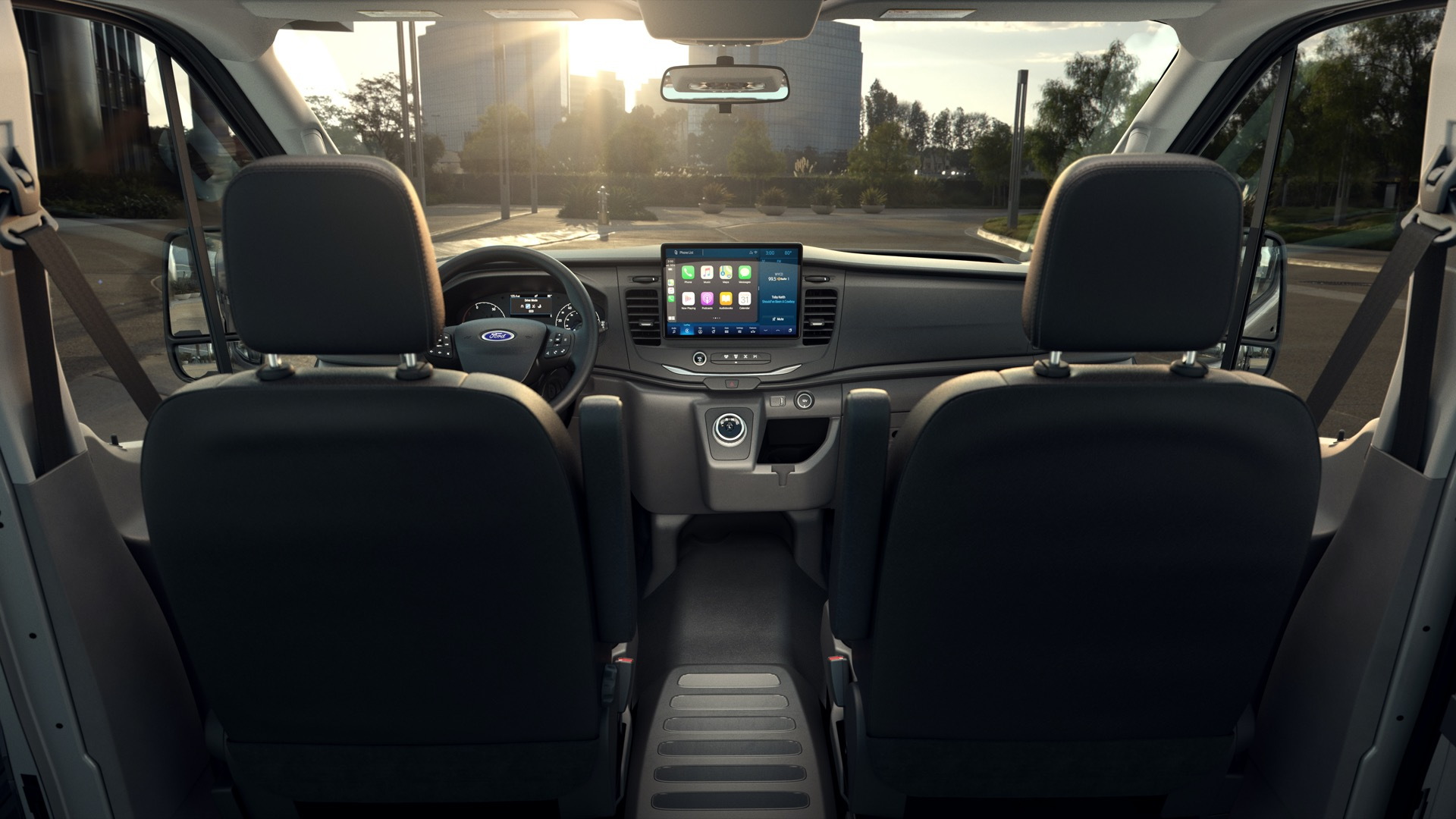 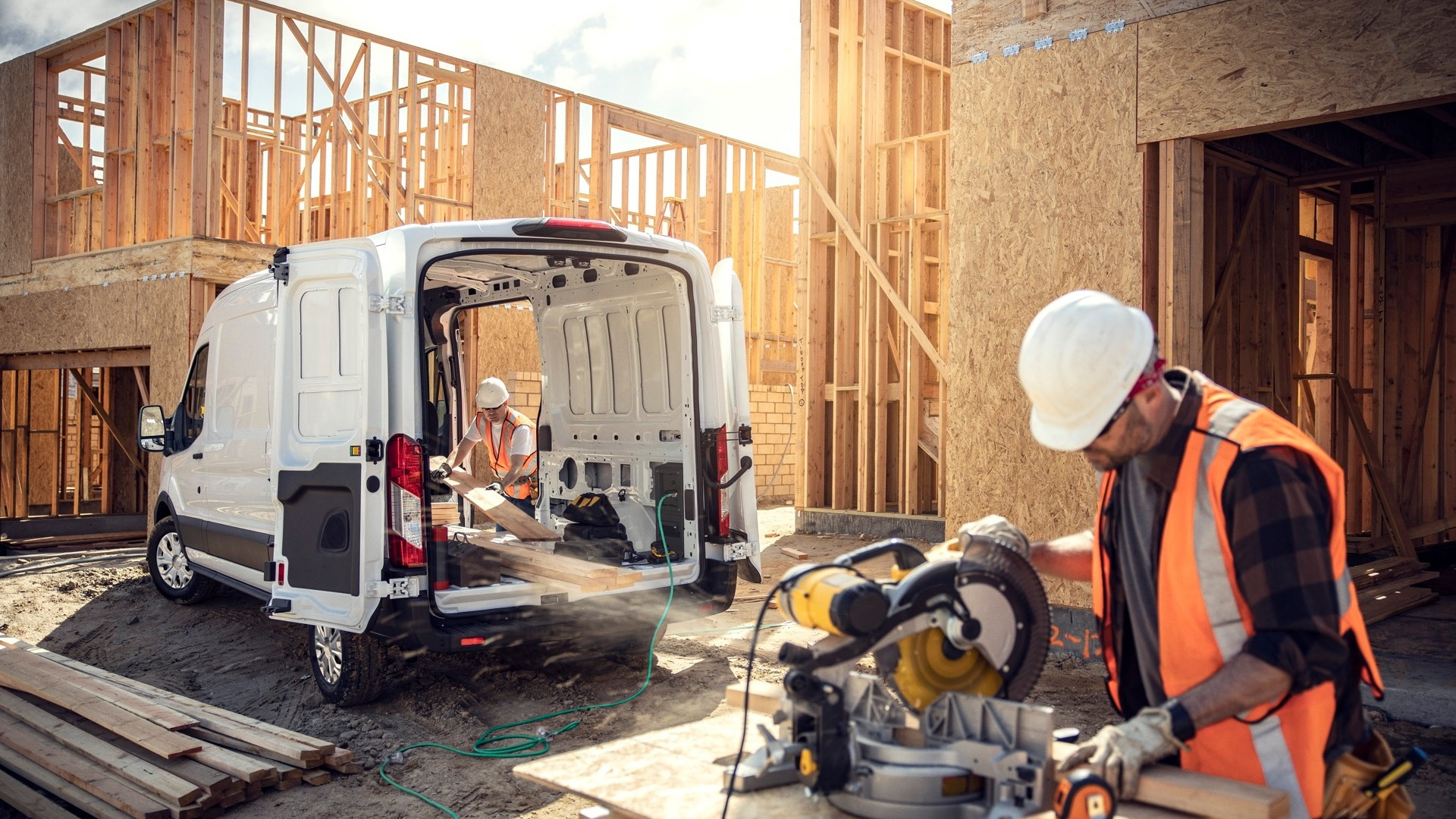 Ford Thursday morning revealed a vehicle that could make a difference in cities and neighborhoods all around the U.S.—and it’s probably not one that might get you or the family around.

The 2022 E-Transit vans—fully electric versions of the world’s best-selling cargo van—are designed to get business done, hauling cargo across town, carrying tools out to job sites, and making deliveries, all without any tailpipe emissions.

Ford calls the E-Transit “a smart workhorse for North American cities” and says that it was designed with insight from 20 million miles of telematics data from fleet customers. In a presentation of the E-Transit, Ted Cannis, Ford's global director for electrification, emphasized that the electric vans needed to have the same dimensions and mounting points as the gasoline vans, as the majority of them are "upfitted" for specialized purposes.

Considering that electric vehicle batteries are expensive, and fleet managers don’t want to be paying any more than they need to for batteries, Ford prioritized keeping the size of the pack and the E-Transit’s cost down. As such, it has a 67-kwh battery pack using LG Chem cells installed under the van’s body, and can go an estimated range of 126 miles in its low-roof cargo van version. It costs under $45,000 for fleet customers.

The daily driving needs of typical U.S. customers using the E-Transit add up to about 74 miles, according to Ford, and the company has tested the vehicle in extreme conditions to make sure the range holds up to that.

One large motor delivers 266 horsepower and 317 pound-feet of torque to the rear wheels, and the packaging of the battery required Ford to engineer an independent rear suspension for the model.

The van has a max payload of up to 4,290 pounds for cutaway versions or up to 487.3 cubic feet of space in high-roof versions. Three roof heights, three body lengths, and cargo, cutaway, and chassis cab versions give customers a lot of choice.

Ford hasn’t yet said if the E-Transit will be offered in a passenger van version. But Ford is doubling down on the message that the E-Transit will be made widely available, with an aim to get this vehicle out for delivery use in metro areas nationwide, not just in California-EV mandate states. According to Yaro Hetman, Ford’s global marketing director for electric trucks and commercial vehicles, there are about 1,800 Ford commercial vehicle dealers across the U.S. and about 90% are EV-certified.

The E-Transit arrives in late 2021, and it will be made in Ford’s Kansas City plant, coordinated with a $100 million investment in the facility that will help it mix electric and gasoline versions to meet evolving demand. Motors and gearboxes for the E-Transit will come from Ford’s Van Dyke Transmission plant in Michigan, which will also supply them for the upcoming F-150 Electric.

It charges at up to 115 kw on a CCS-format DC fast-charging connector, regaining about 30 miles of range in 10 minutes or about 45 miles of range in 15 minutes. Billing will be centralized through something that sounds much like what’s provided via the FordPass app for the Mach-E and plug-in hybrids.

Like the 2021 F-150 Hybrid, the E-Transit can be equipped with a Pro Power Onboard system to effectively turn the vehicle into a mobile generator and provide up to 2.4 kw of power for job sites.

Inside, there’s a version of Ford’s latest Sync 4 infotainment system, with a 12-inch touchscreen, voice recognition, navigation, and over-the-air updates. The active safety feature set in the E-Transit very closely parallels what you’ll find in consumer models, with options including adaptive cruise control with a sign-recognition feature that will automatically adjust the vehicle speed, automatic emergency braking, a blind-spot system, reverse brake assist, and a 360-degree camera system. The E-Transit also gets a rotary shifter and electric parking brake—two things other Transits don't have.

With the E-Transit, Ford is also rolling out a wider range of fleet-management tools. Through Ford Commercial Solutions, the company will be “helping North American commercial fleets and businesses make a seamless transition to electric vehicles.”

For now, that means a set of app and web-based interfaces for tapping into EV data, charging reports, and remote pre-conditioning, among other things. Ford says that via these tools, fleet managers can monitor the performance of individual vans—with details like energy consumption, charging speed, and remaining charge so as to help optimize uptime and running costs.

Ford won’t be the only one making electric vans. GM said that it plans an electric van; Rivian might sell the electric vans it’s developing for Amazon use to other customers; and a number of other companies, like Mercedes-Benz, have vans that could be sold in the U.S. if demand spikes.

Although the E-Transit doesn’t have fancy dance moves like Crab mode or a Tank Turn, as far as we can tell, it appears to be speaking the language that fleet managers understand—playing the long game with costs. As demand for electric commercial vehicles transitions from big, high-visibility delivery companies to mid-size ones and mom-and-pop shops, Ford is showing it will be there and ready to scale up.