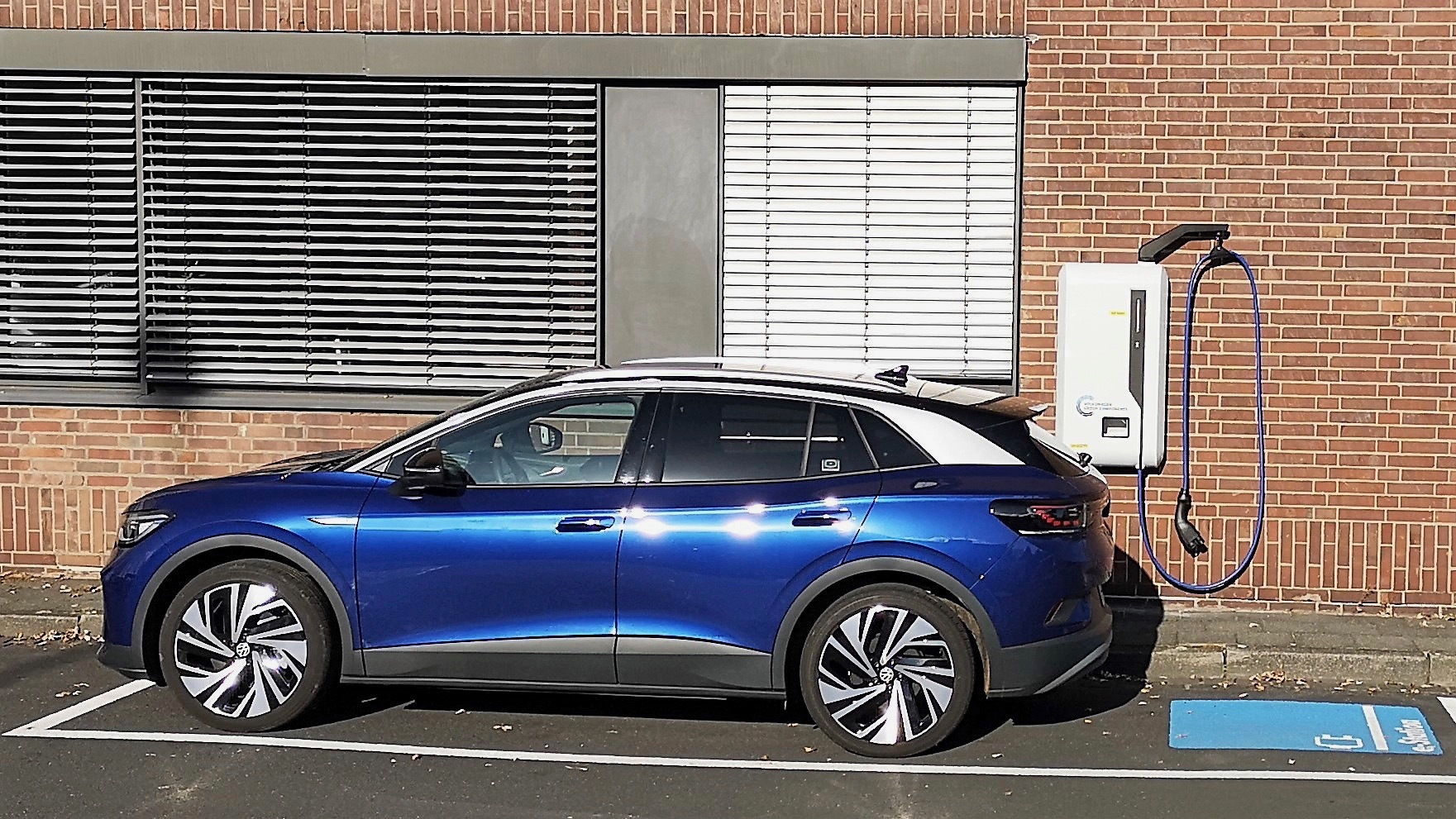 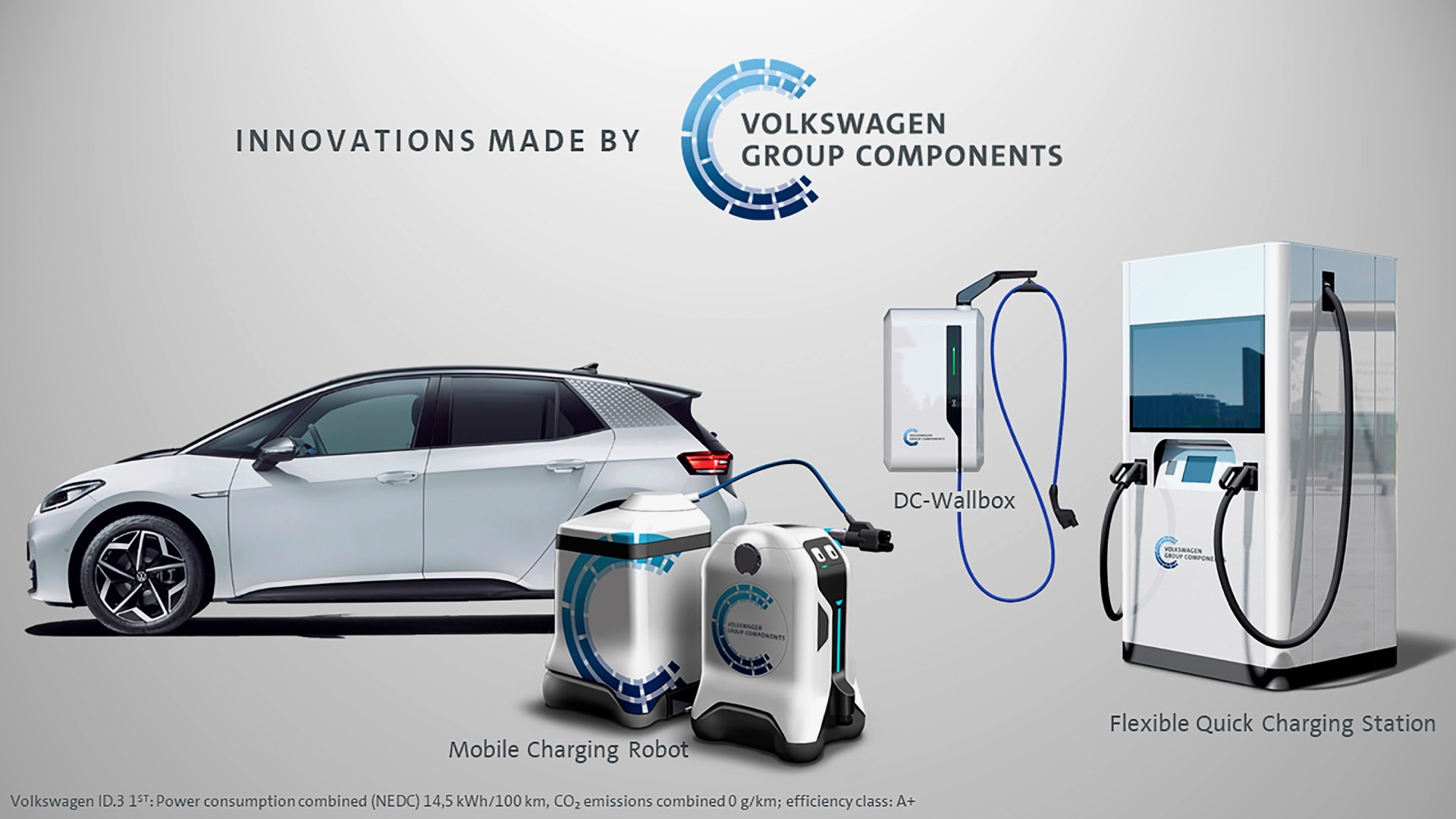 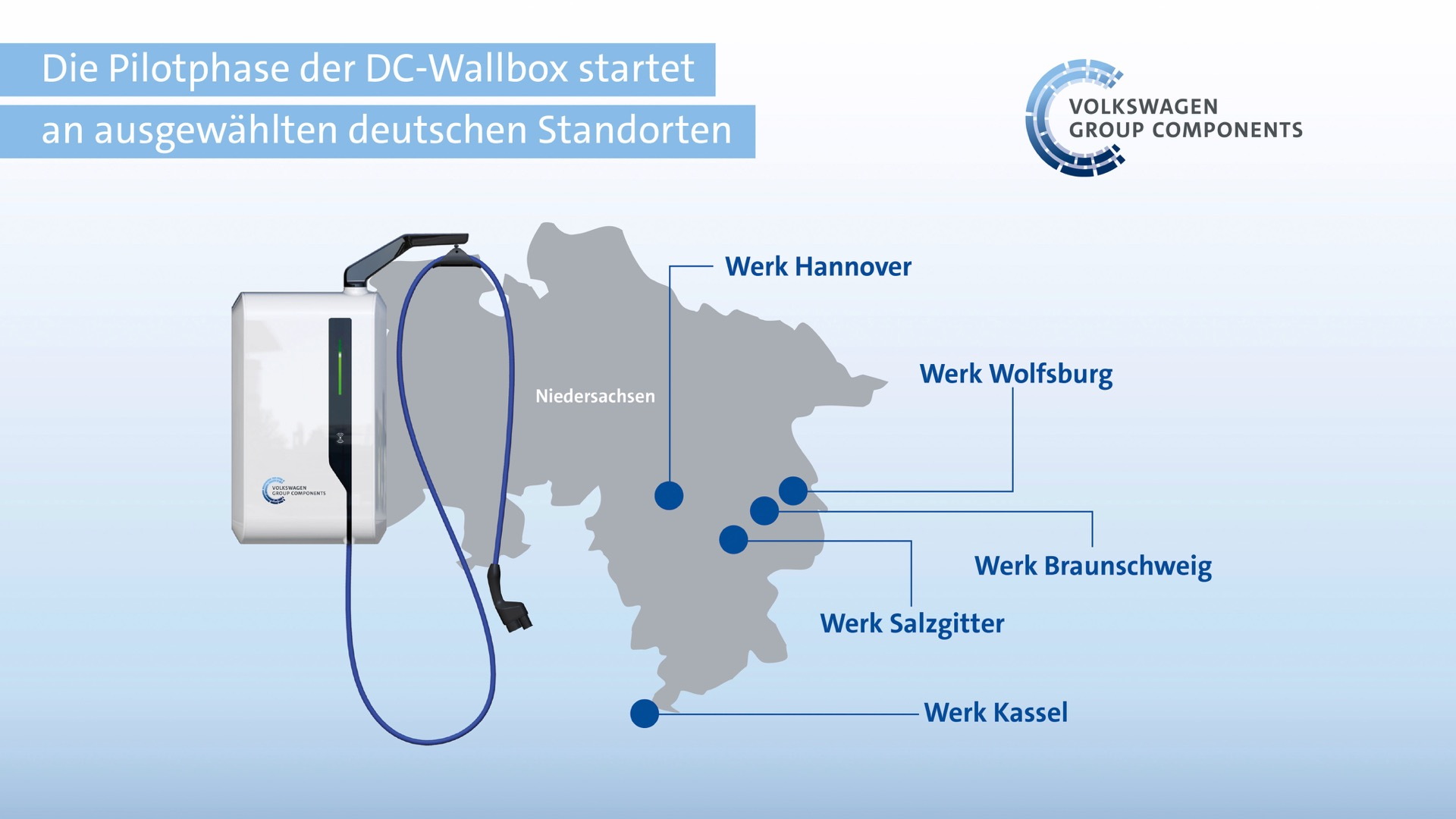 Volkswagen is the latest automaker to experiment with bi-directional charging. The automaker announced last week that it's testing a DC wallbox that allows electric cars to discharge power back into the grid.

The wallbox can charge vehicles at up to 22 kilowatts, VW said in a press release. It also allows cars to serve as energy-storage units for homes, or as battery buffers for the utility grid, the automaker noted.

VW is testing the hardware at factories, in Wolfsburg, Braunschweig, Hannover, Salzgitter, and Kassel, Germany. The automaker said it's testing 20 charging stations between the five sites under the pilot program.

Bi-directional charging has been discussed extensively, both as a way for electric cars to serve as a backup power source for homes, and as a way to integrate vehicles with the grid.

An Audi project revealed earlier this summer suggested that bi-directional charging capability could use vehicles to help balance the grid during unexpected demand surges.

The Wallbox Quasar, revealed earlier this year, is the first product to be made available in the United States and compatible with bi-directional charging tech—although it's strictly for the CHAdeMO standard for now, not the more prolific Combined Charging Standard (CCS) used by VW.

A California study (also from earlier this year) suggested how "vehicle-to-grid" or "V2G" technology might help stabilize the grid in return for a discount on utility bills for participating EV owners.