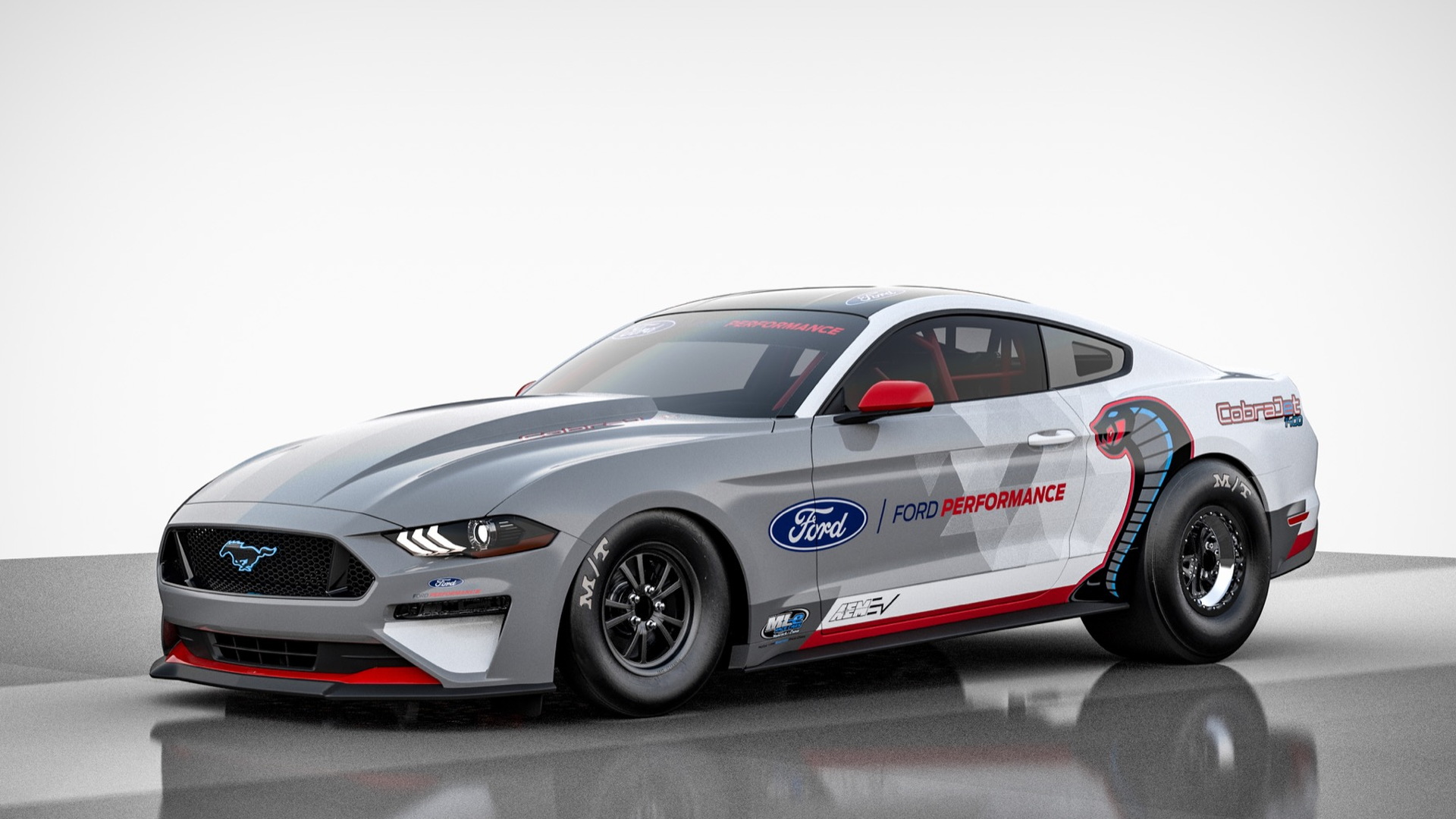 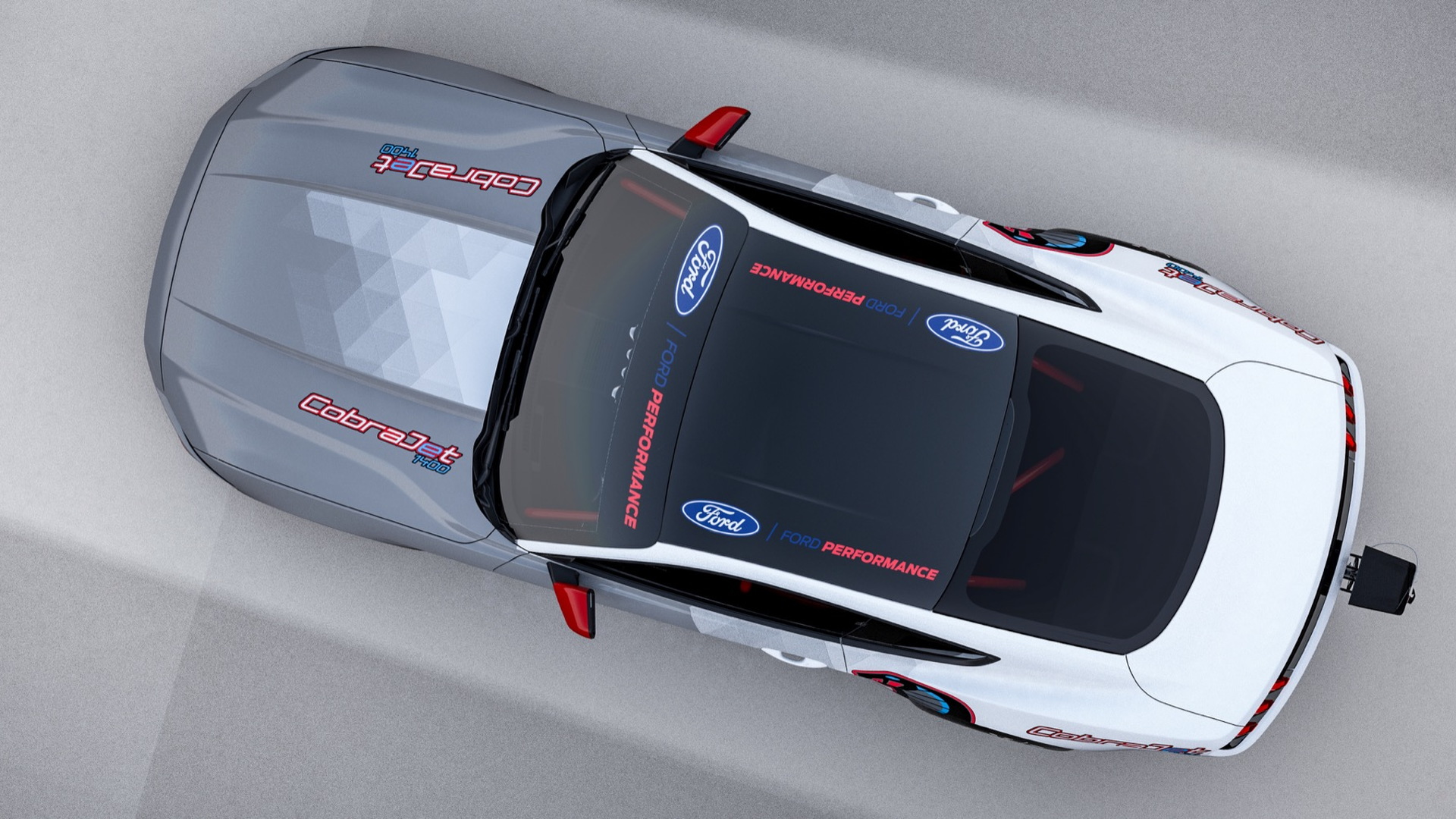 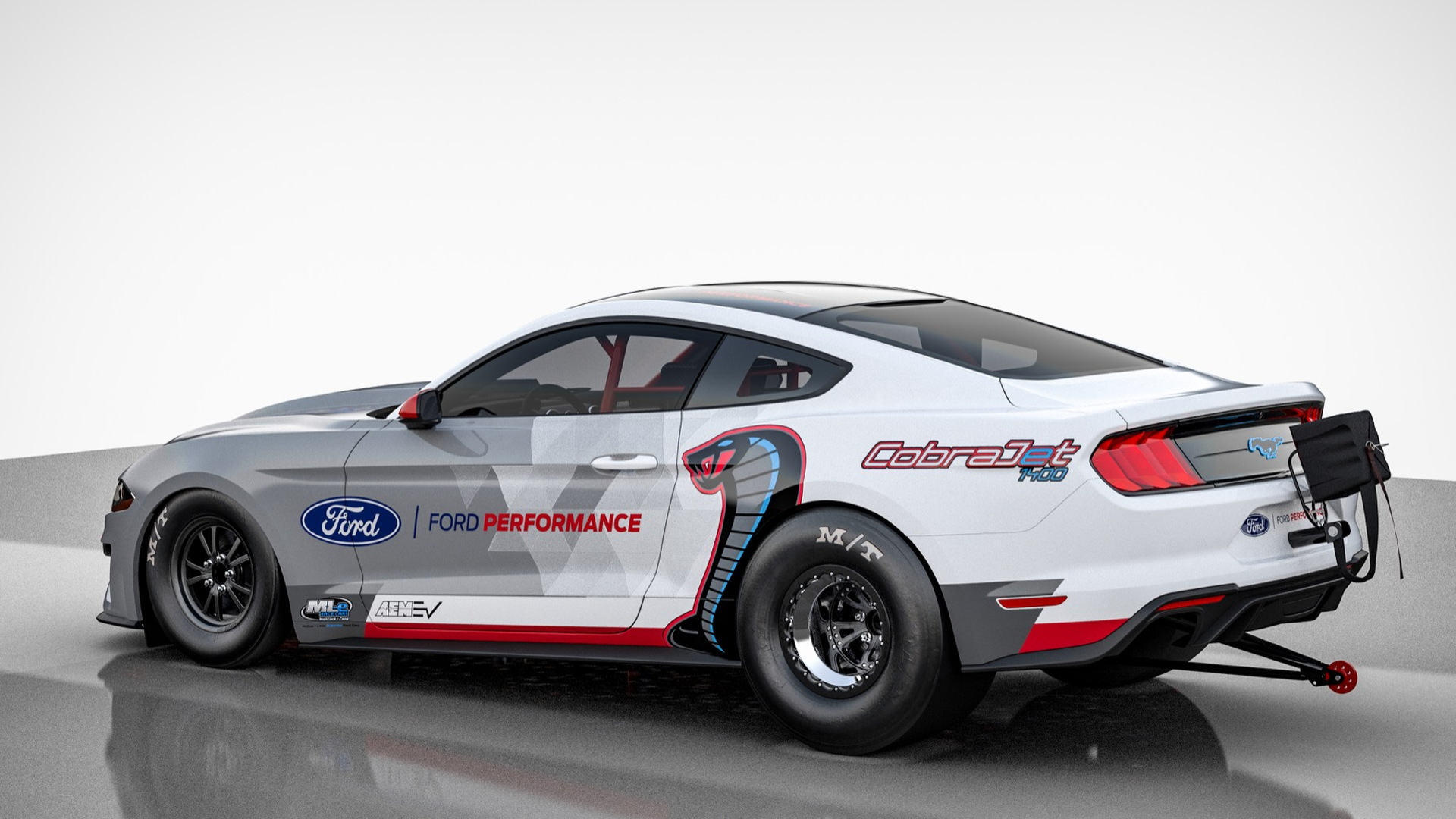 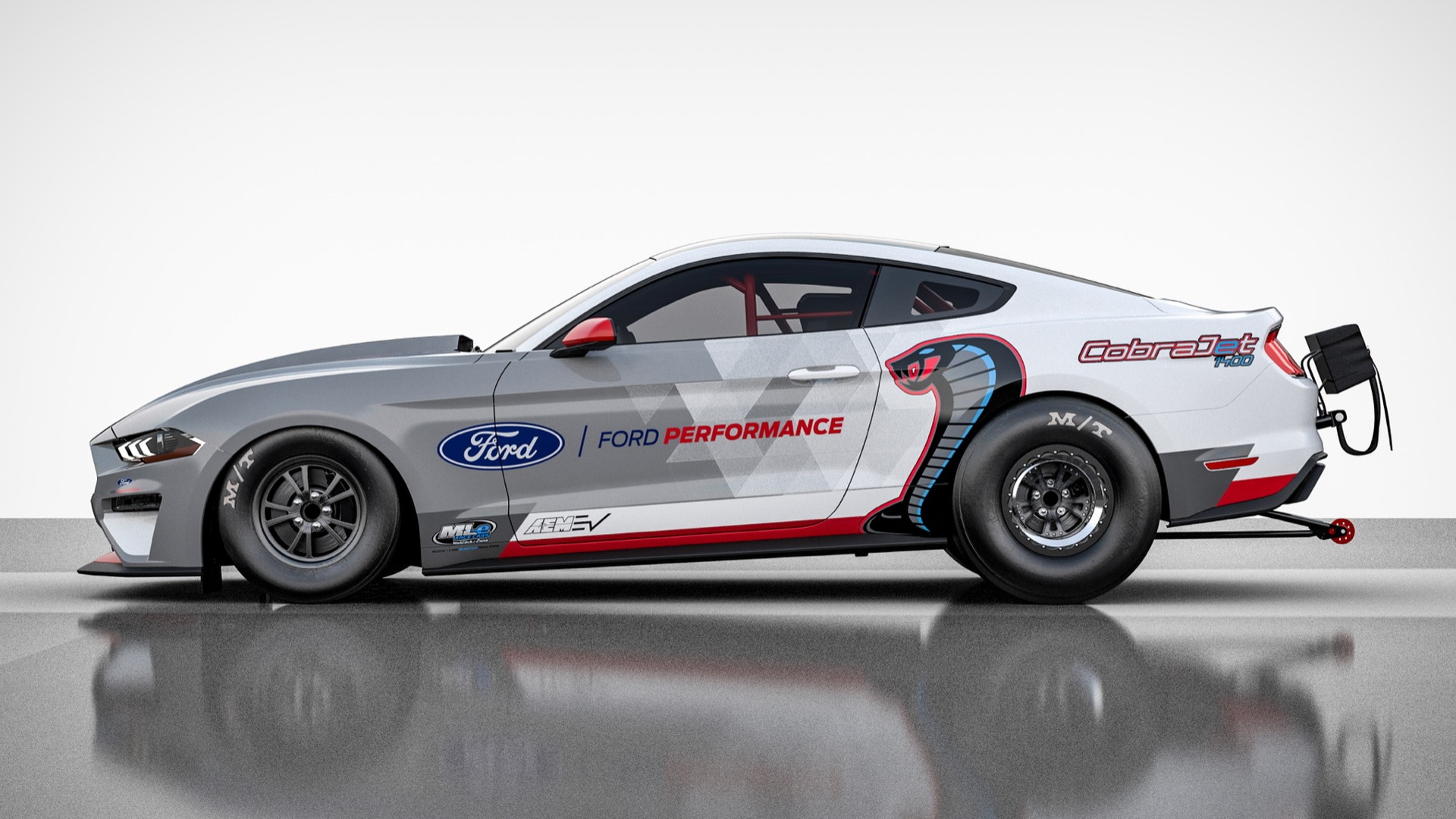 Some Mustang fans are still a little in shock over the announcement last fall that the Ford Mach-E electric SUV would be part of the Mustang family.

What better way to usher in this new electric future than with a blast from the past? The Ford Mustang Cobra Jet 1400 borrows the Cobra Jet name that dominated drag racing in the 1960s. And, based on Ford’s projected performance low-8-second range for the quarter-mile, at more than 170 mph, it could be the fastest drag racing Mustang ever.

It’s also Ford’s first fully electric dragster prototype of a factory-built car, but it’s not the first. In 2018, Chevrolet revealed a drag-race-focused, 800-volt eCOPO Camaro that it said could cover the quarter mile in about 9 seconds, with more than 700 horsepower and 600 pound-feet of torque.

The new Cobra Jet is in a different league entirely. True to its name, the new project from Ford Performance will deliver more than 1,400 horsepower and more than 1,100 pound-feet of torque—all to, as Ford puts it, “demonstrate the capabilities of an electric powertrain in one of the most demanding race environments.”

The project reflects input not just from Ford Performance but from MLe Racecars, Watson Engineering, AEM EV, and Cascadia.

The car will make its world debut later this year at a drag-racing event, Ford says, where the car will be accessible up close to fans, media, and competitors. But it will be previewed this Sunday, April 26, on “Hard Cell,” a show on MotorTrend on Demand.

Drag racing is showing plenty of signs of evolving quickly to embrace electric cars. In 2018, Bob Taska III, a Florida Ford dealer and a funny car driver, told Autoweek: "I would love to see it impact the NHRA, because the electric technology that's here and coming down the road, it's instant torque. We need to move the car now.”

If the Cobra Jet 1400 holds to its projections, it would beat that last Mustang Cobra Jet from 2018, packing a 5.2-liter supercharged V-8 and capable of mid-8-second runs and a 150-mph trap speed. That sounds like another giant leap for EVs—and Mustangs.