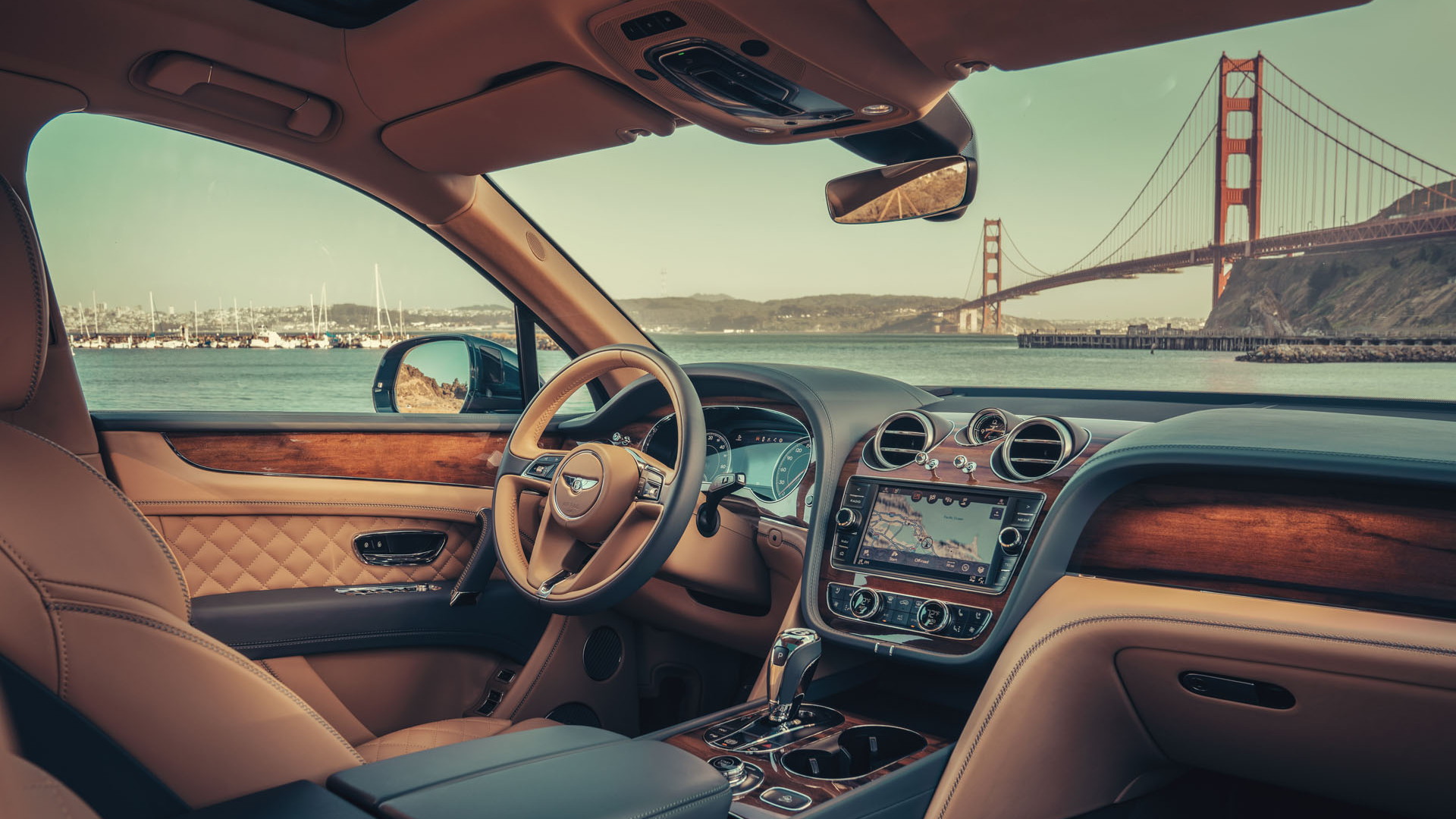 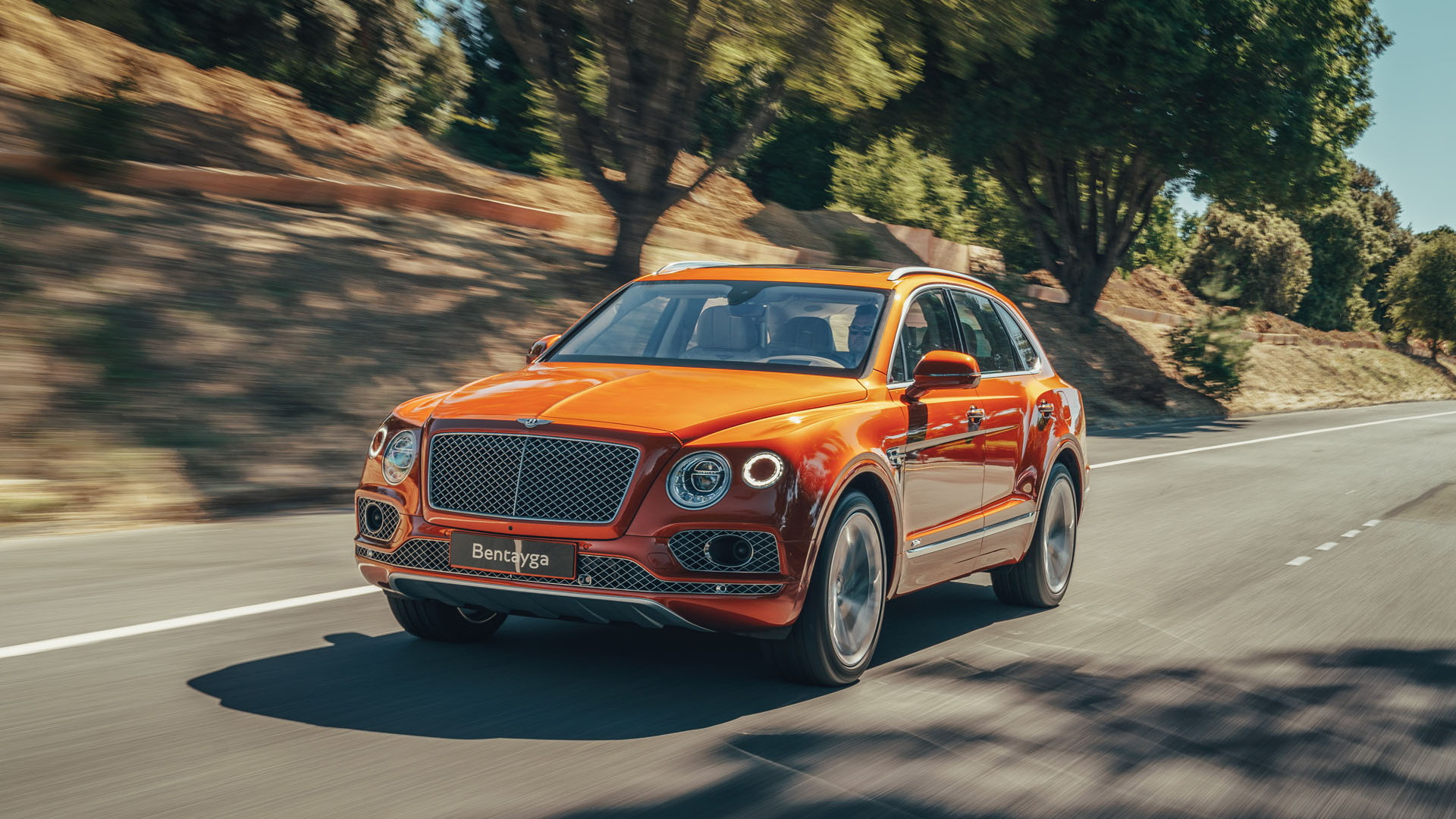 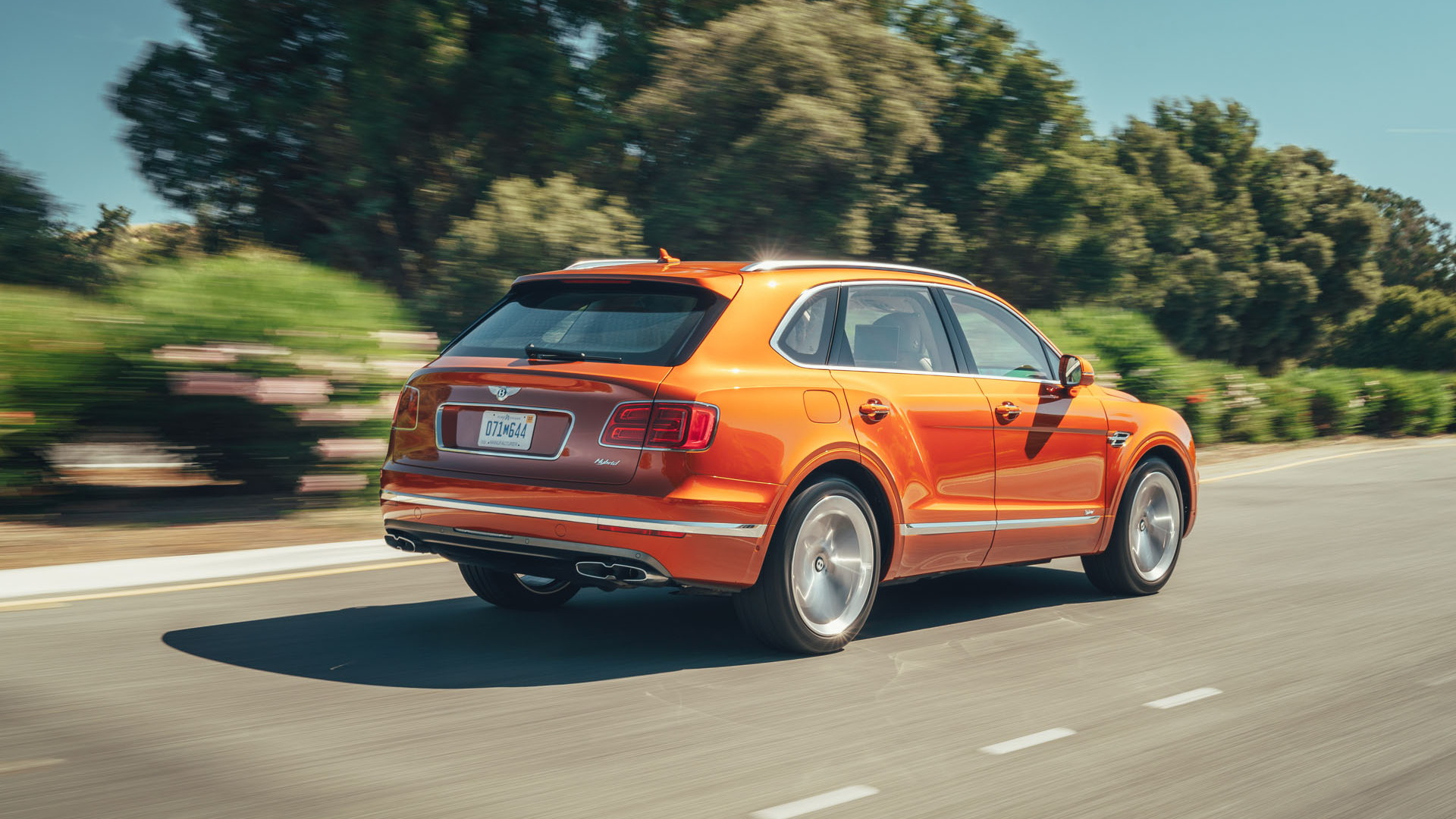 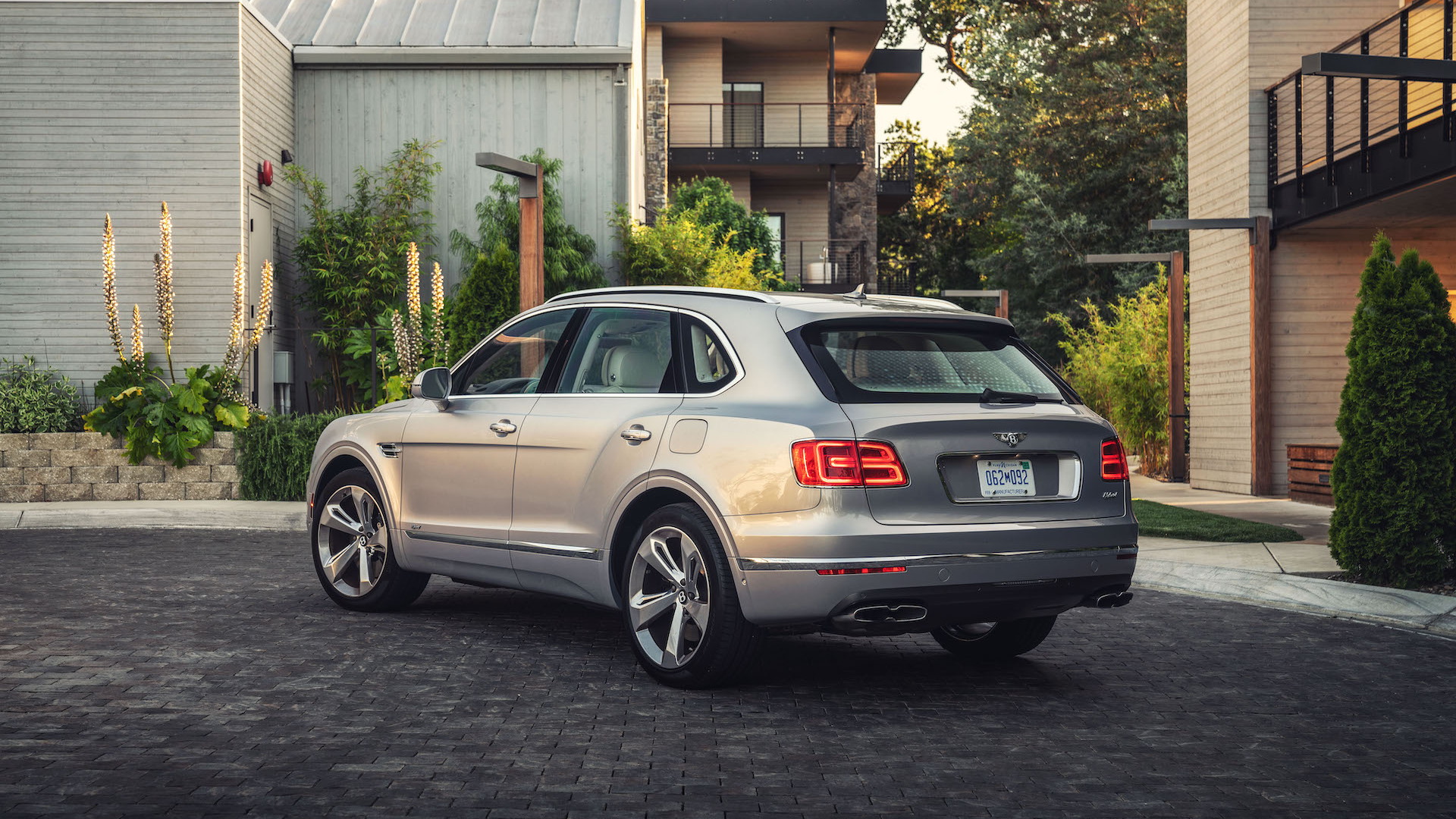 Plug-in hybrids let you go mostly electric on the commute while also saving fuel—and gas money—en route to weekend destinations, without the charging infrastructure worries of a fully electric vehicle.

Be forewarned, though: For those who consider an ultra-luxury brand like Bentley, those sensibilities go (mostly) out the window. And vehicles carrying the hybrid badge don’t always get better mileage where it counts.

One such example is Bentley’s first plug-in hybrid: the 2020 Bentayga Hybrid.

The Bentayga Hybrid was rated by the EPA this week, and it achieves 18 miles all-electric from its 13 kwh of usable capacity (in a 17-kwh pack). That’s 2 miles better than what Bentley told us last year; and while that’s more than enough to cover the typical American commute if you can plug in at work, too, it’s this Bentley’s behavior once the Audi 3.0-liter turbocharged V-6 starts that keeps this exclusive SUV closer to gas-guzzler territory. 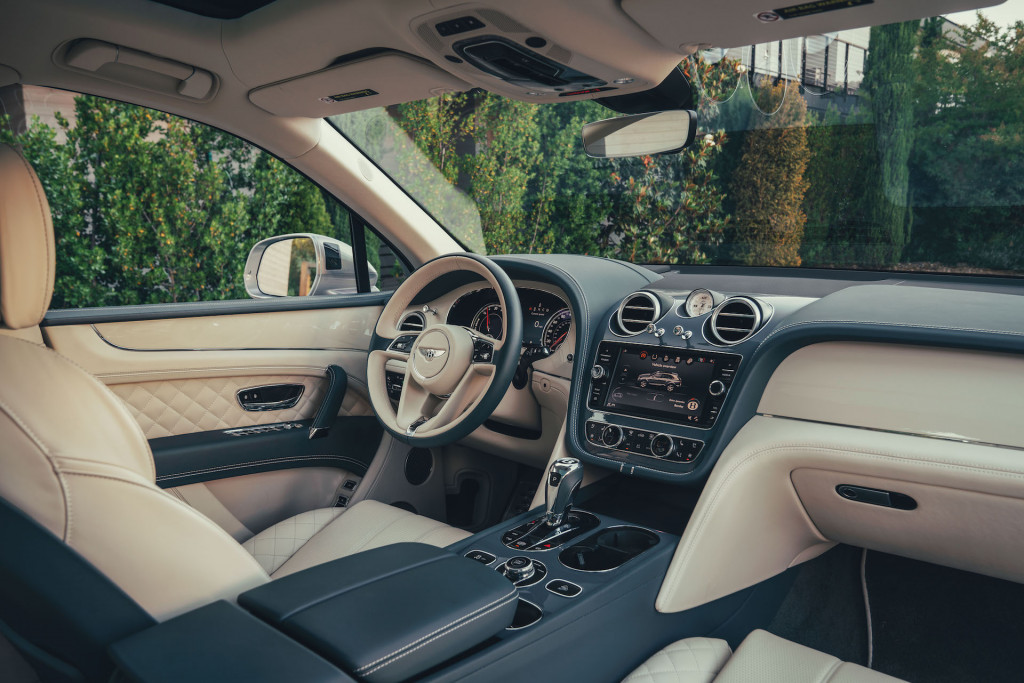 In hybrid mode, it achieves EPA ratings of 17 mpg city, 21 highway, and 19 combined. Just looking at combined ratings, it’s the member of the Bentayga lineup getting the best mileage. But looking at highway figures—where you’re hoping a plug-in hybrid will deliver good efficiency, after its charge is depleted—the $156,900 Bentayga Hybrid is outdone by the $171,025 Bentayga V8, which gets 23 mpg highway.

Combustion engine cranking, the Bentayga V8 also has about 100 more hp than the Hybrid, and accelerates nearly a second quicker to 60 mph. It might also, from what we hear, sound better. It also has a longer EPA-rated highway range—of 518 miles, versus 430 for the Hybrid (including a charge and a full tank).

In a first drive last year, Green Car Reports found the Bentayga Hybrid to be “an effective use of plug-in hybrid technology in a whopper of an SUV.” Maintaining electric mode was a delicate dance, and the hefty hybrid was at its best in hybrid mode, ignoring which power source is on at the moment and letting the system prioritize electric. 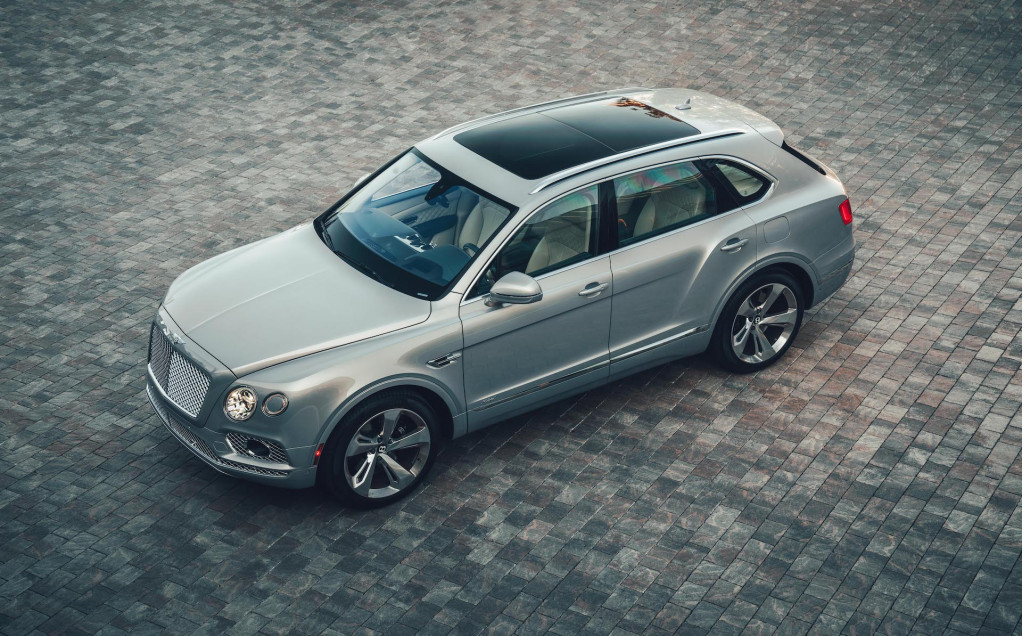 The Bentayga Hybrid recharges in 2.5 hours on a 240-volt Level 2 connector. It keeps 20 percent of the battery from electric-only use so that it can have the full 443 horsepower and 516 pound-feet of torque (including 126 hp from the electric motor) on reserve when needed.

Bentley had been due to release a fully electric model, but the brand backed away from that last year, with Bentley’s new global engineering boss, Werner Tietz, sounding less bullish about electric than his predecessor Rolf Frech.

So does such a plug-in hybrid make sense outside of zero-emissions congestion zones in Europe, or driving down from the Hollywood Hills without the engine starting? Is the Bentayga Hybrid an influencer for plugging in, or an even more conspicuous consumer?