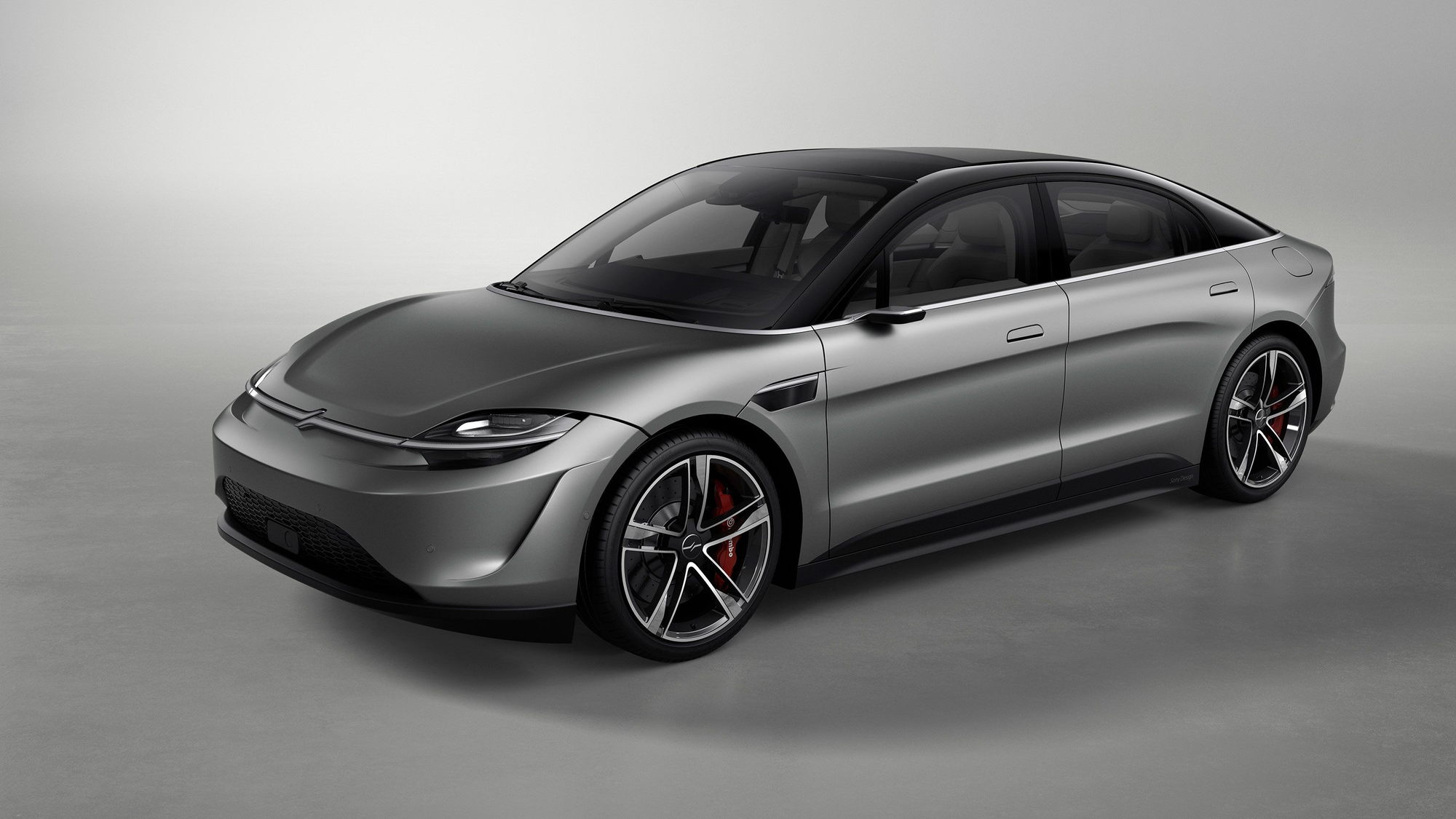 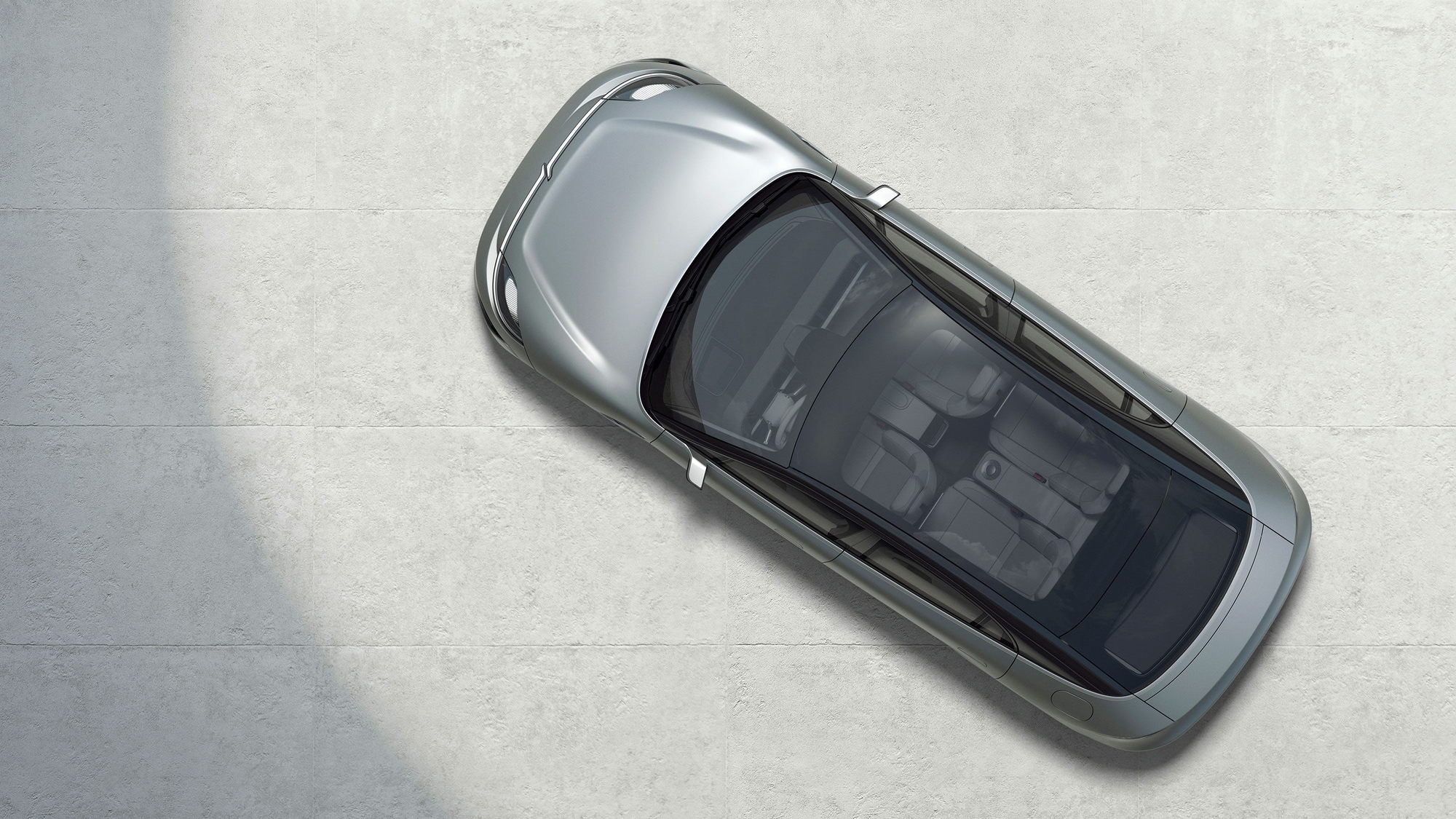 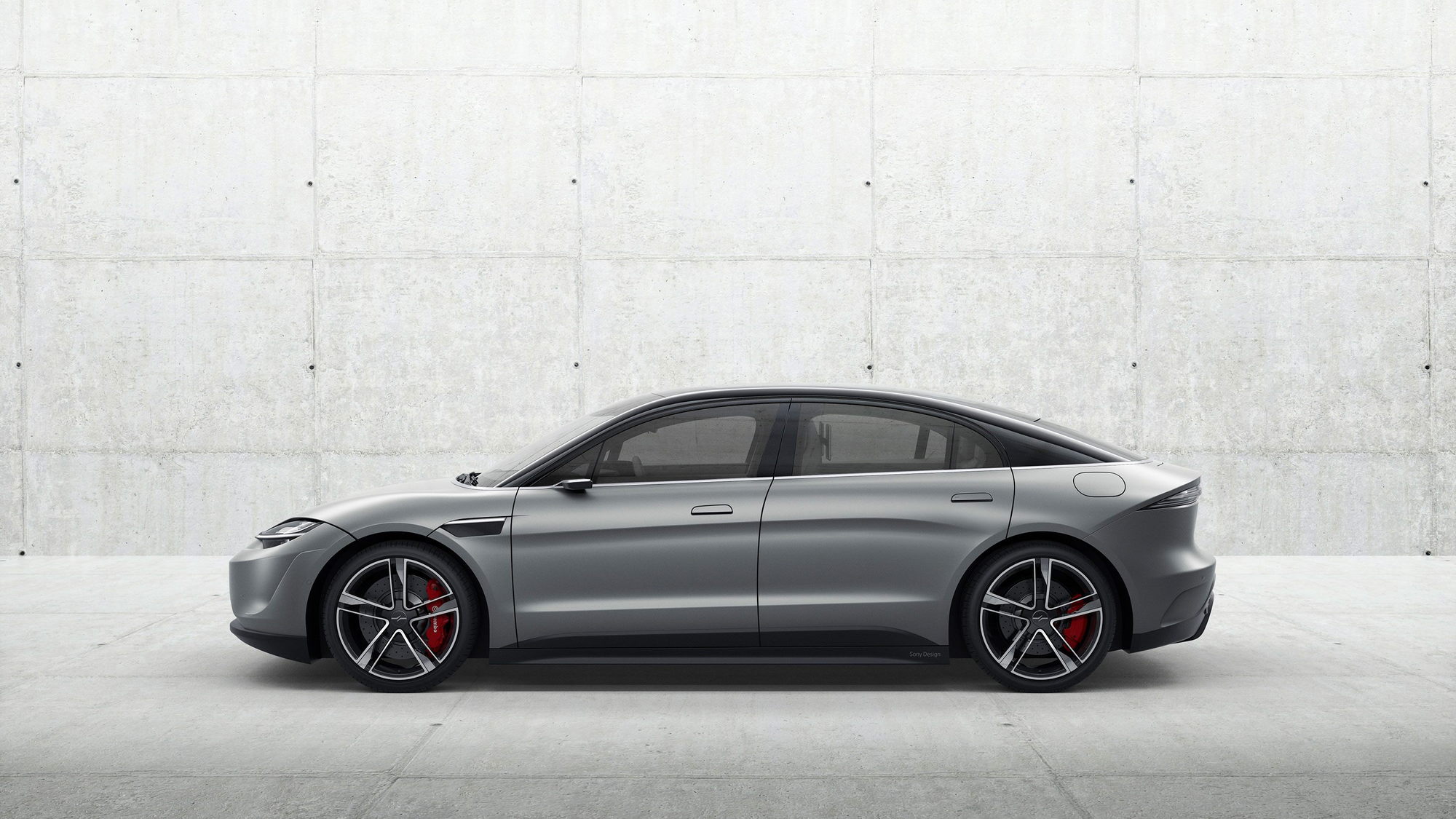 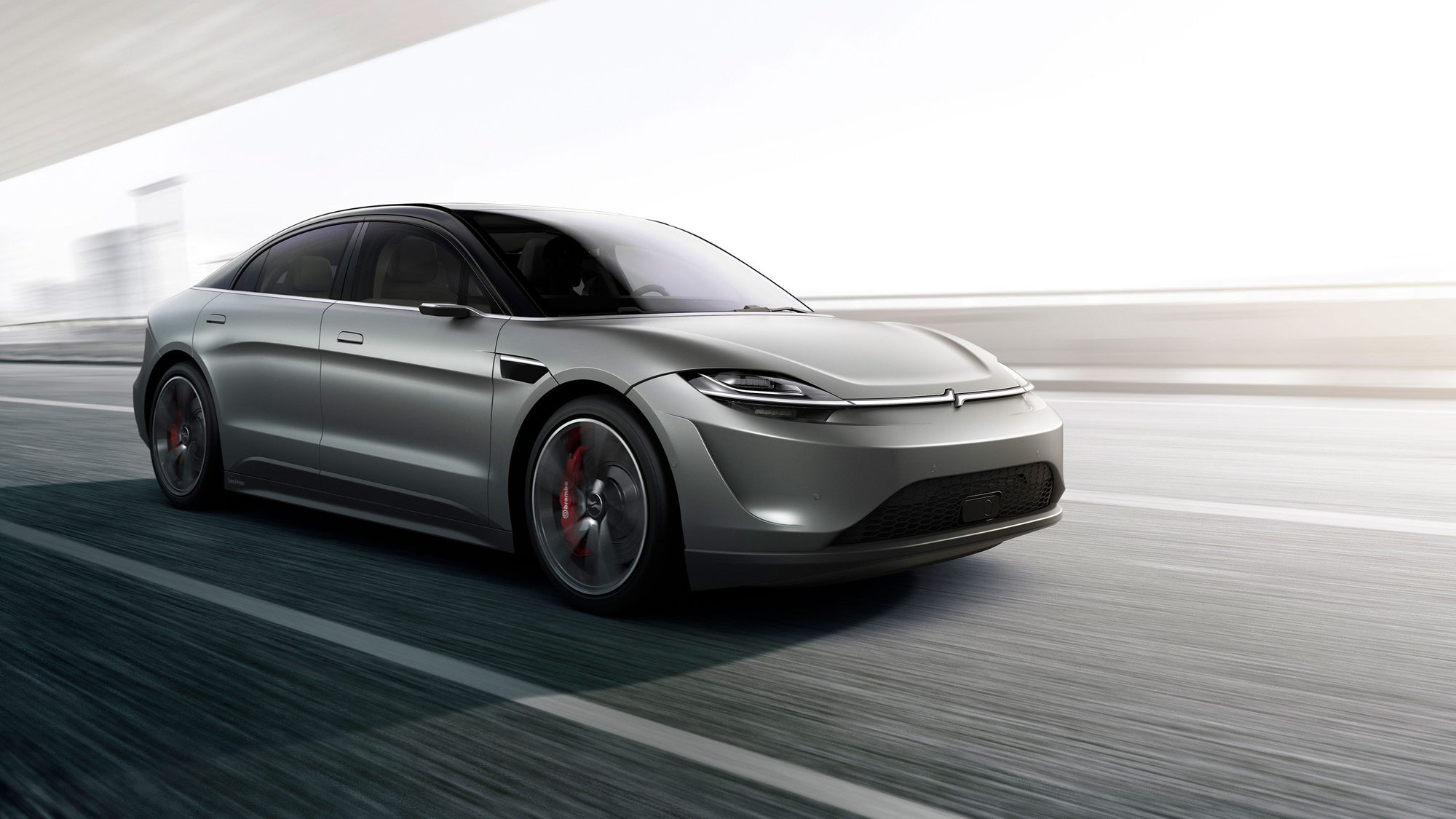 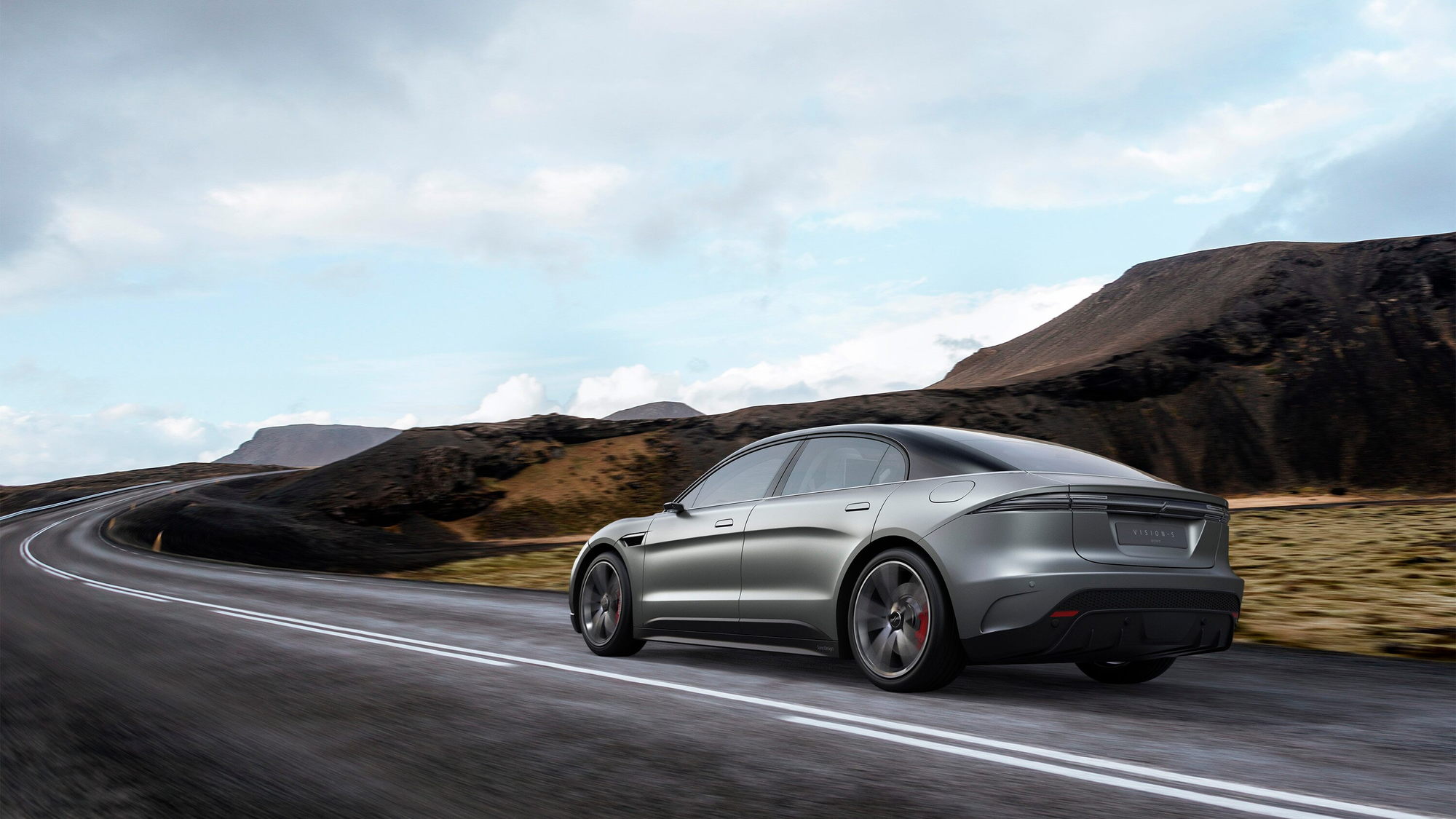 Instead, the automaker used the final minutes of its presentation to showcase an electric car concept that may preview near-future tech the global tech supplier may integrate into new cars soon.

The Sony Vision-S concept is a four-door sedan that, at first blush, shares some exterior and interior styling cues with the Porsche Taycan and Polestar 2 electric cars. Unlike those production vehicles, the Sony concept is just a rolling chassis for technology—at least for now.

Sony used the sedan to showcase safety and interior technology. The Vision-S concept uses 33 sensors including 12 cameras, three solid-state lidar sensors, and an array of nearly 20 radar and ultrasonic sensors to keep the car safe. In addition to active lane control, Sony said the hardware on the Vision-S car would be capable of Level 2 driver-assistance and could be upgraded to Level 4 semi-autonomy through software updates.

The exterior cameras also could be used to recognize drivers and passengers as they approach the car.

Once inside, the Vision-S showcases Sony's available screens for cars, including a panoramic widescreen that spans the entire dash. The screen has a separate driver information cluster, center infotainment screen, and passenger-side screen controlled via jog wheel. At both ends, a screen displays side-view cameras in place of mirrors. The rear seats offer two additional screens for those passengers, mounted on the front-seat headrests.

Perhaps the tech that's closest to market in the Vision-S is Sony's in-car audio system that places a pair of seat-mounted speakers under the headrests. Sony says that the Vision-S is equipped with more than 30 speakers inside that can create 3D audio that can be used with the widescreen system.

What's unique about the Vision-S concept is how specific Sony was about dimensions for the car. The Vision-S rides atop a wheelbase that's 118.1 inches long, measures 192.7 inches from end to end, and weighs 5,180 pounds. It uses two 268-horsepower electric motors that accelerate the car from 0-62 mph in 4.8 seconds. Sony said that it worked with auto supplier Magna to develop the chassis, and a spokesman for Magna confirmed that the supplier provided engineering services to Sony but did not produce the platform.