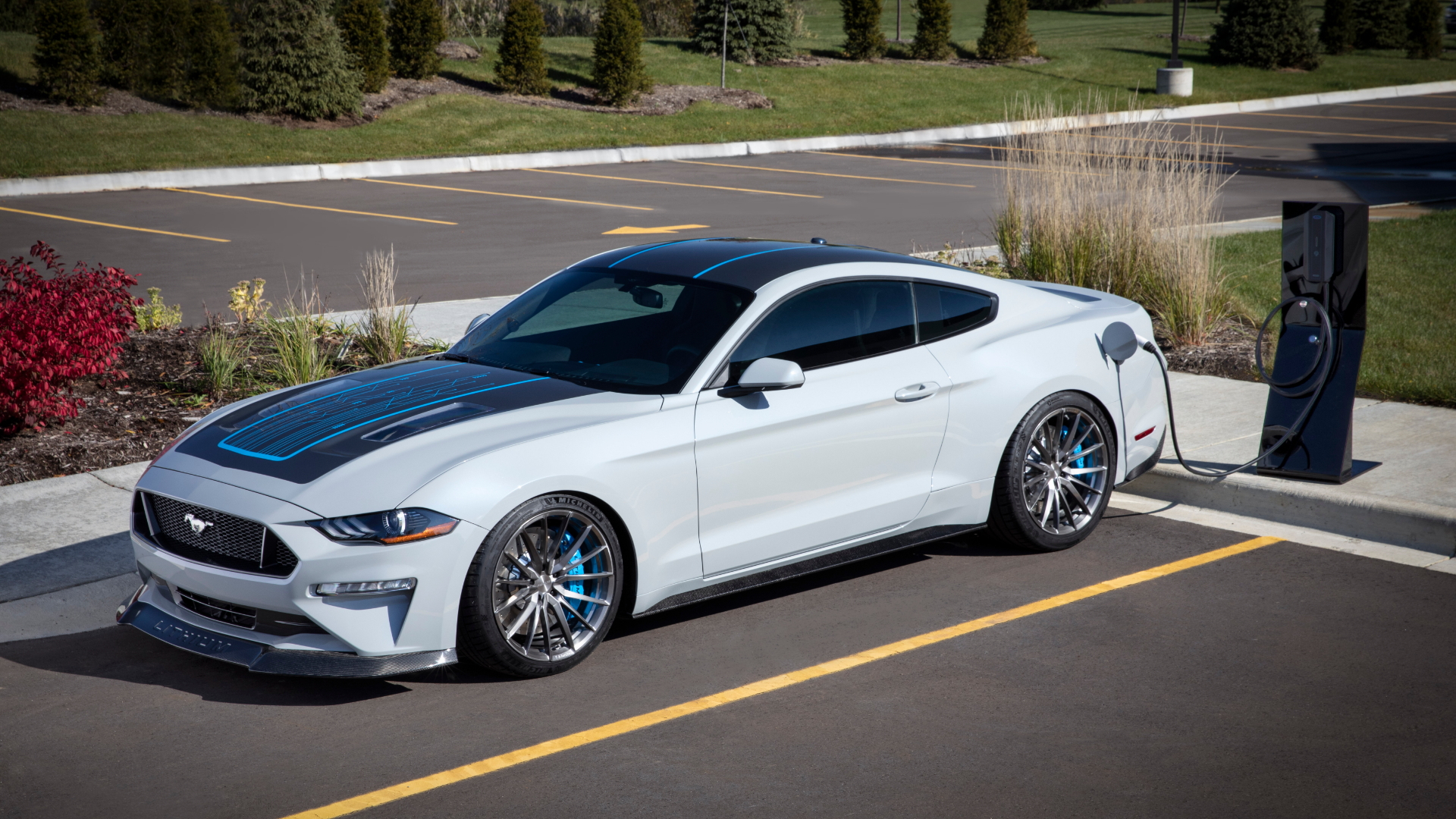 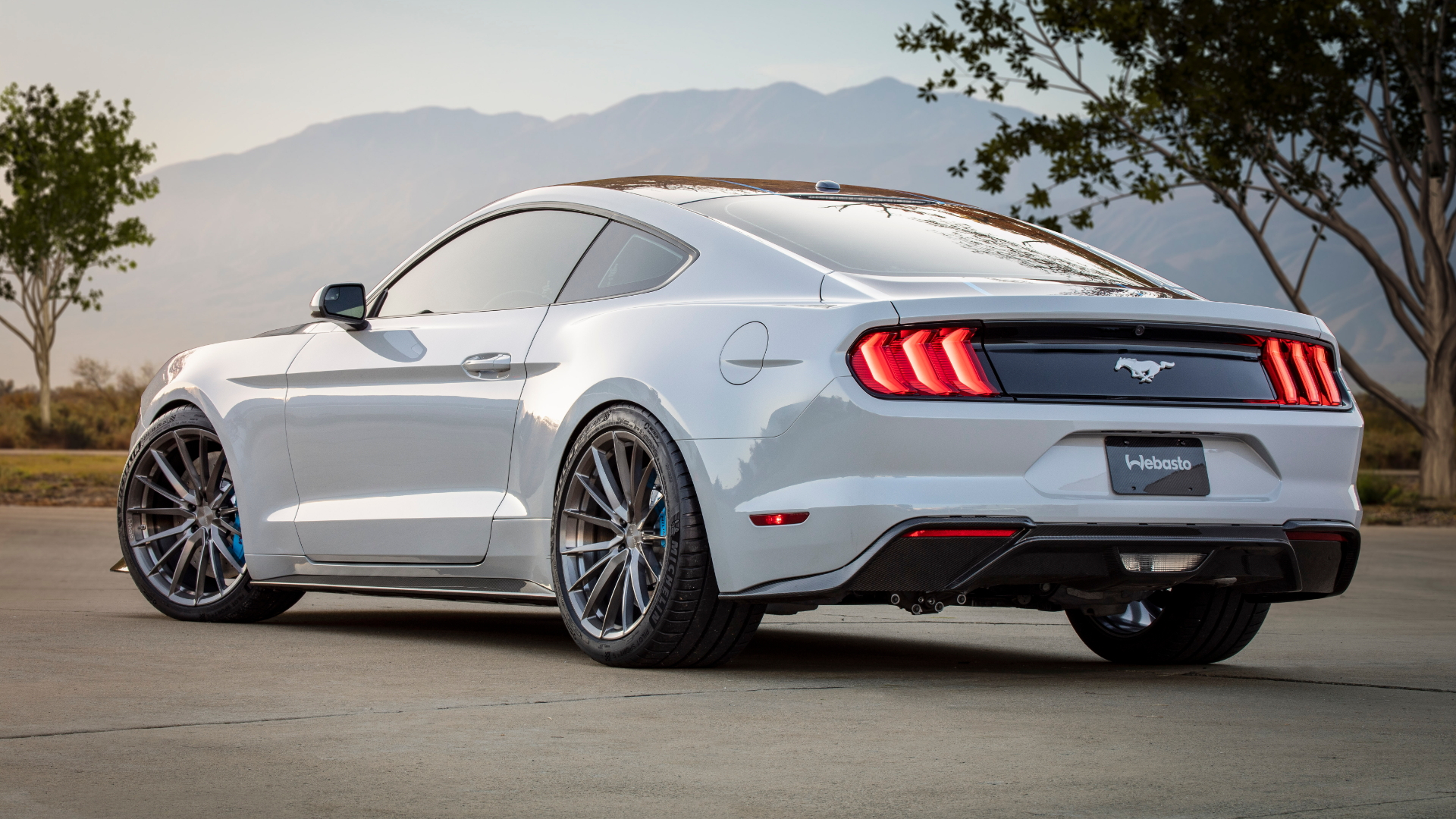 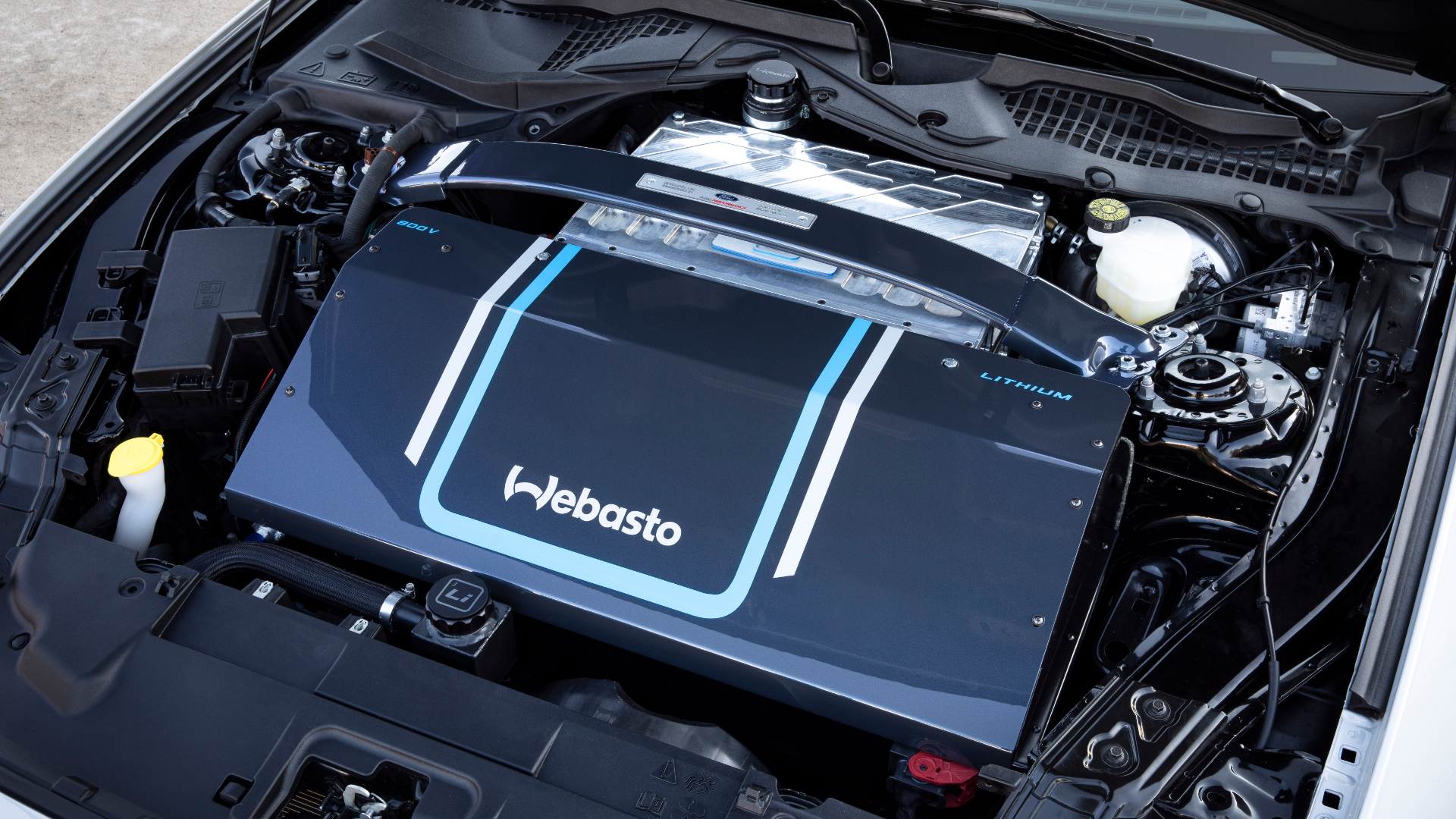 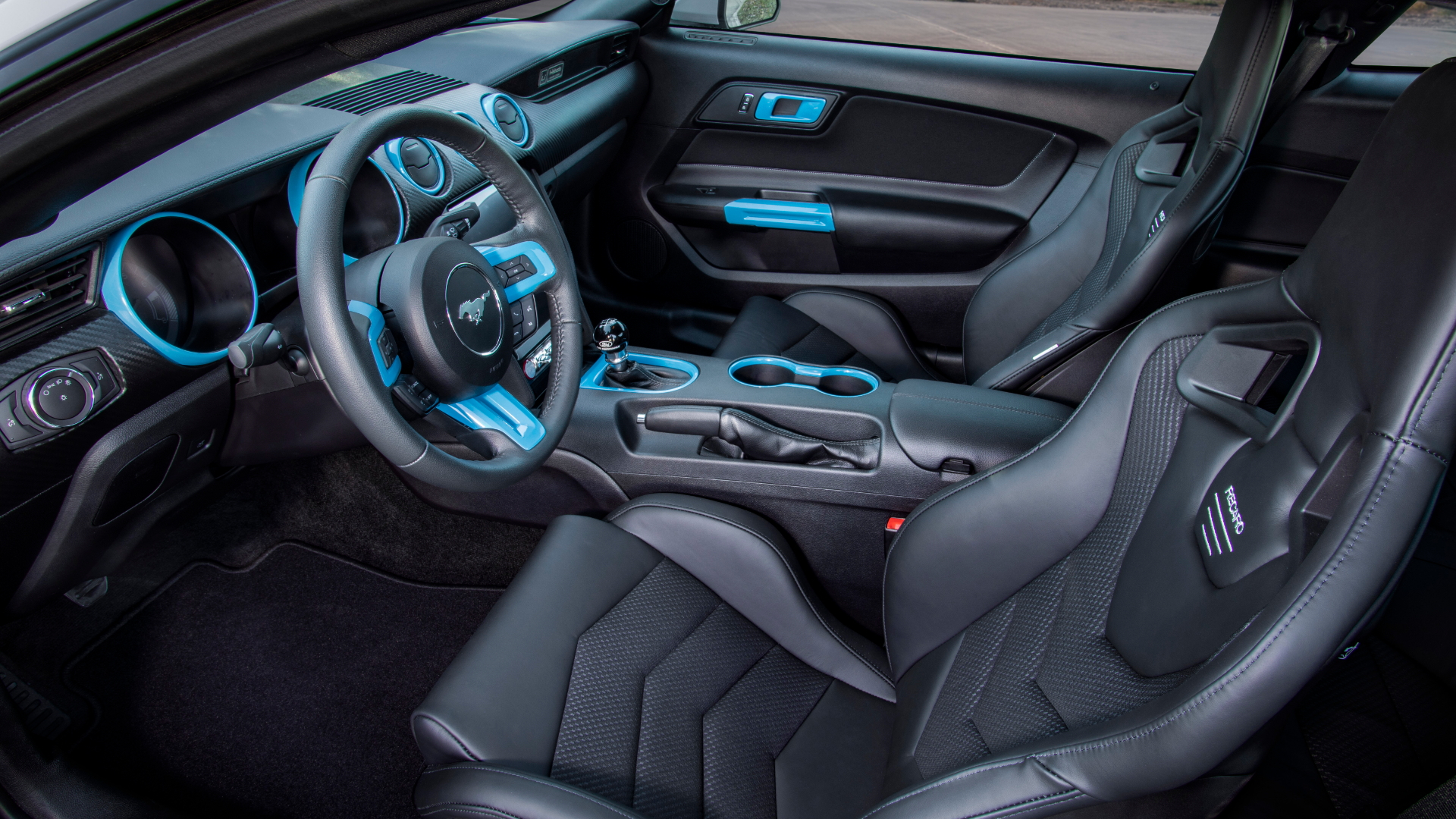 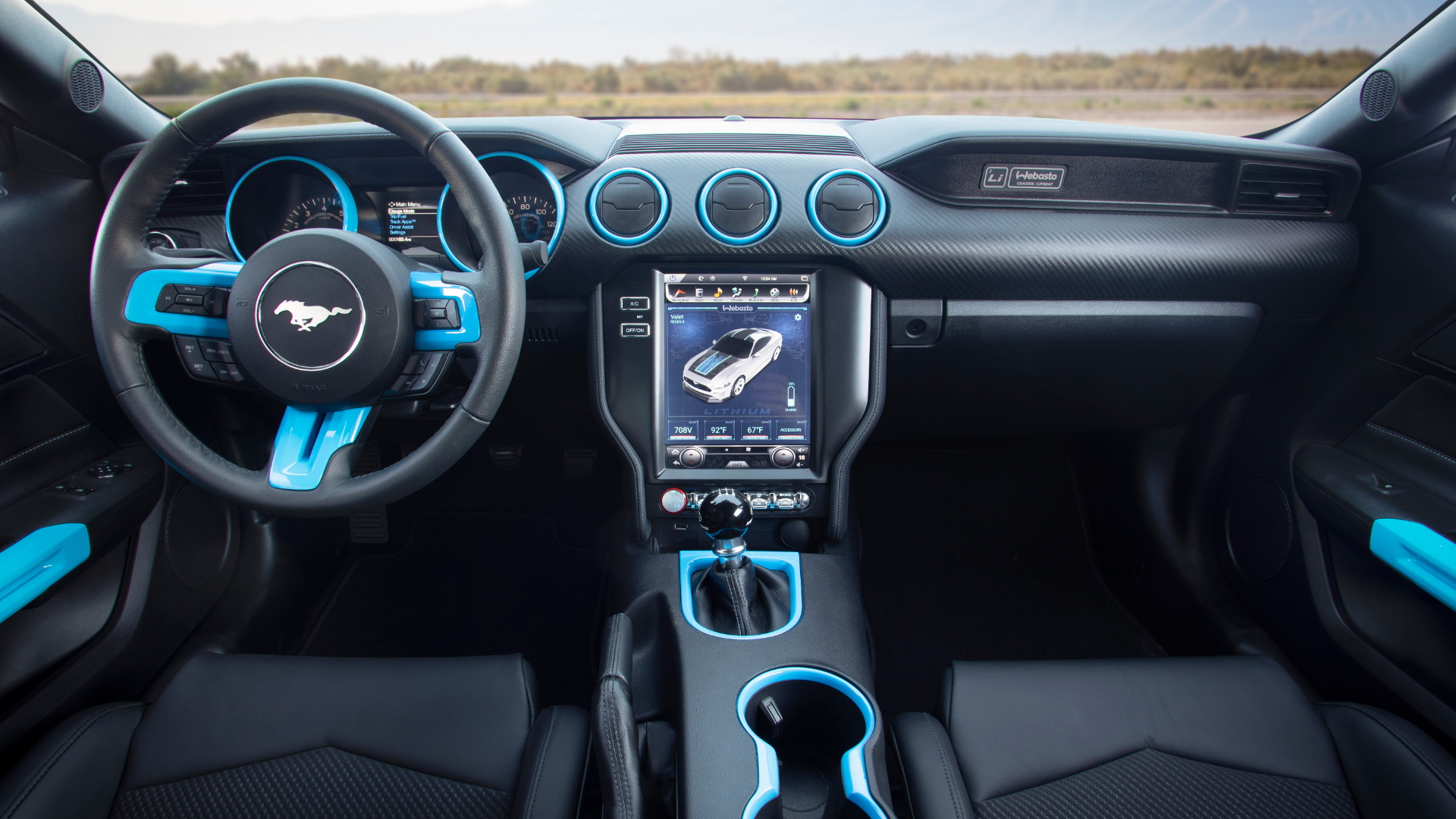 Ford is due to reveal its production-bound Mustang-inspired, fully electric SUV later this month.

In the meantime—at the Specialty Equipment Market Association (SEMA), Tuesday—Ford and the supplier Webasto have together revealed something that might get die-hard Mustang fans more likely to pay attention when that performance EV does arrive: a very quick, fully electric version of the Mustang itself—one that appears to mesh old and new in surprising ways, as the pony car has done well in recent years.

The Mustang Lithium is a collaborative project between the two companies. It’s built on an 800-volt system, which puts it in an exclusive club so far reserved just for a few production models like the Porsche Taycan, Aston Martin RapideE, and the upcoming Taycan-based Audi E-tron GT. As Ford points out, it helps the whole system save weight and generate less heat.

With its single Phi-Power dual-core electric motor, dual power inverters, and battery system capable of discharging 1 megawatt, the Mustang Lithium makes more than 900 horsepower and more than 1,000 pound-feet of torque.

What makes the product a standout even among electric cars—or next to that 800V Camaro shown last year—is that Ford has opted to keep the manual transmission—a special version of the Getrag MT82 fitted to handle the torque levels, with a Super 8.8 Torsen differential and Michelin Pilot Sport 4S tires on lightweight Forgeline wheels. It’s also matched with a Track Handling Pack and strut tower brace, the brakes from the Shelby GT350R, and a Webasto see-through polycarbonate hood.

The automaker noted a “TurboDX charging solution” and TurboCord portable charger, but didn’t make any claims about how quickly the vehicle might charge—or how large the battery is.

Ford hasn’t said exactly how quick the electric Mustang is, but it points to “stunning quarter-mile acceleration.”

Valet, Sport, Track, and Beast modes are offered via the in-dash touch screen and might be a hint of what to expect from the upcoming performance EV.

“Ford has made no secret of the fact that we are electrifying our most popular nameplates,” said Hau Thai-Tang, the Chief Product Development and Purchasing Officer at Ford, in a release announcing the model. “This one-off Mustang prototype is a great opportunity for us, together with Webasto, to showcase to our customers what a new electrified powertrains can do for performance in a car they already know and love.”

Ford has hinted on the record that a Mustang hybrid will arrive “by 2020,” so expect the pony car to get electrified very soon—just not, perhaps quite in this way.