Honda is going to re-brand its alternative powertrain vehicles under the new global e:Technology nomenclature in a bid to consolidate its various electrified two- and four-wheel vehicles under a single umbrella, the automaker announced last Thursday.

This new scheme will eliminate terminology such as "two-motor hybrid" from Honda's marketing vernacular. Going forward, these models will be denoted by e:HEV, for Hybrid Electric Vehicle.

While this may bring a sense of order to Honda's naming conventions, the new acronyms may not prove any more intuitive though for first-time shoppers in the electrified vehicle market.

It also remains to be seen exactly how Honda will label some of its alternative powertrains. The HEV designation for hybrids was officially confirmed in Honda's announcement, but the precise abbreviations for other variants have not yet been revealed. While some, such as BEV, may seem logical, we don't know yet whether Honda will expand it beyond three-letter designations, such as may be necessary for fuel-cell EVs or plug-in models, both of which Honda has in its current global lineups. 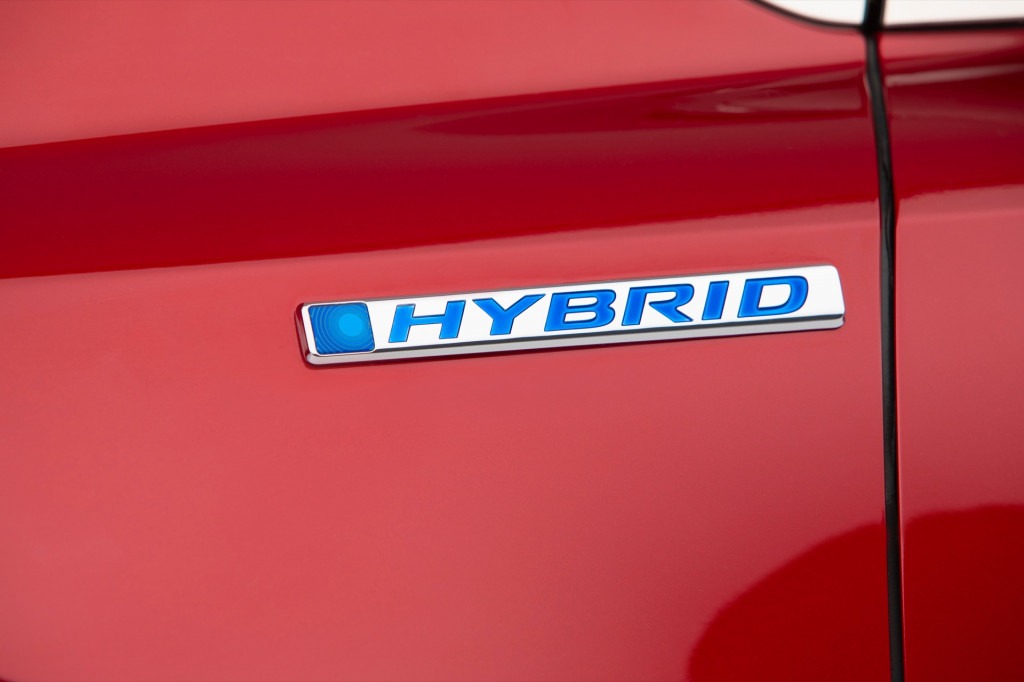 Fortunately, there may be good news for American shoppers, at least in the short term. Green Car Reports reached out to Honda for elaboration on its plans for the U.S. market. As it turns out, this isn't a done deal. Honda's plans for America "are still under development" according to spokesperson Natalie Kumaratne.

We expect they will be finalized in time for the 2021 Honda CR-V hybrid to arrive stateside, which is expected early in 2020.

With auto show season ramping up, we expect we'll hear (and see) more about this re-positioning as Honda shows new electrified models for global consumption.