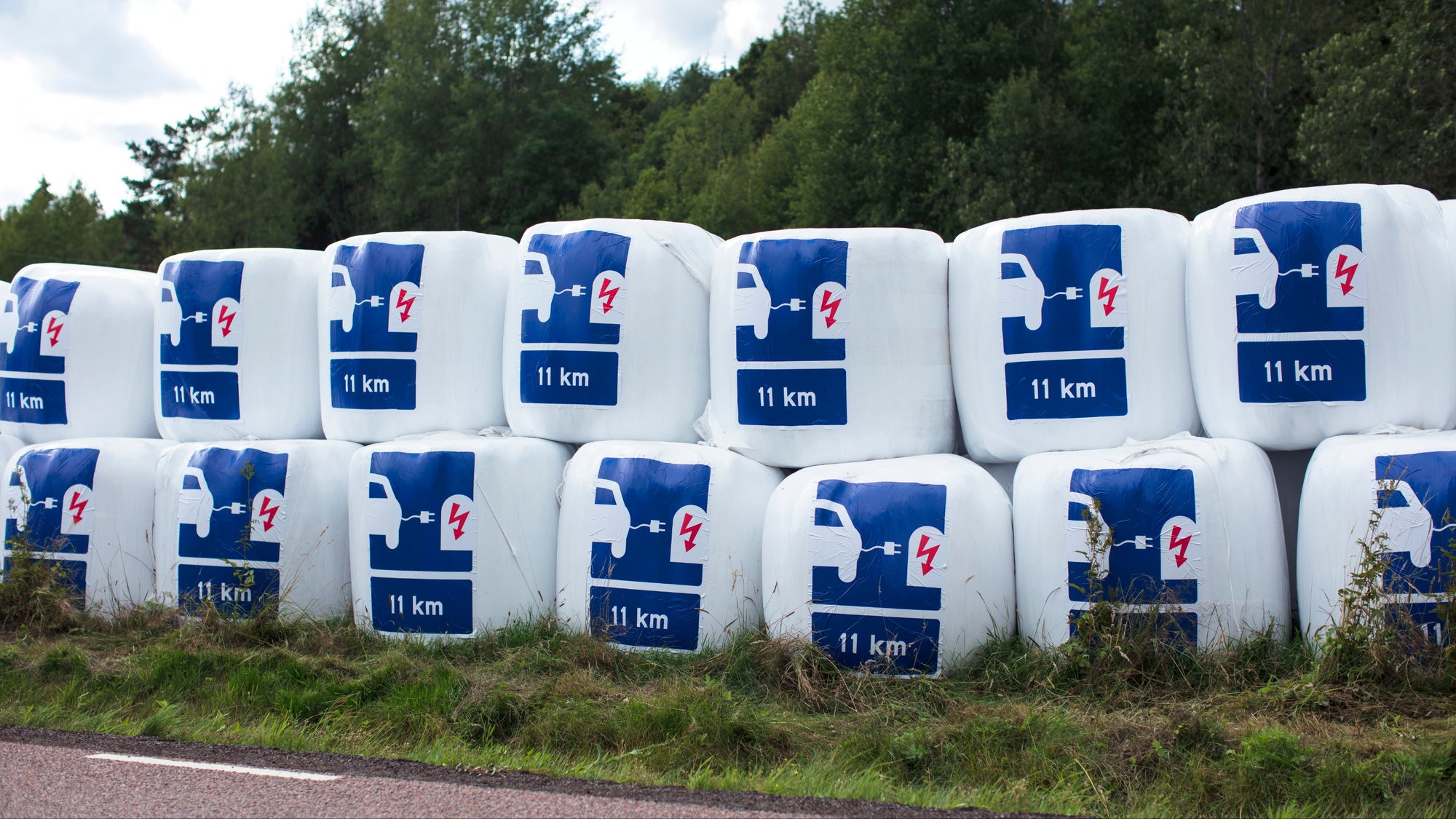 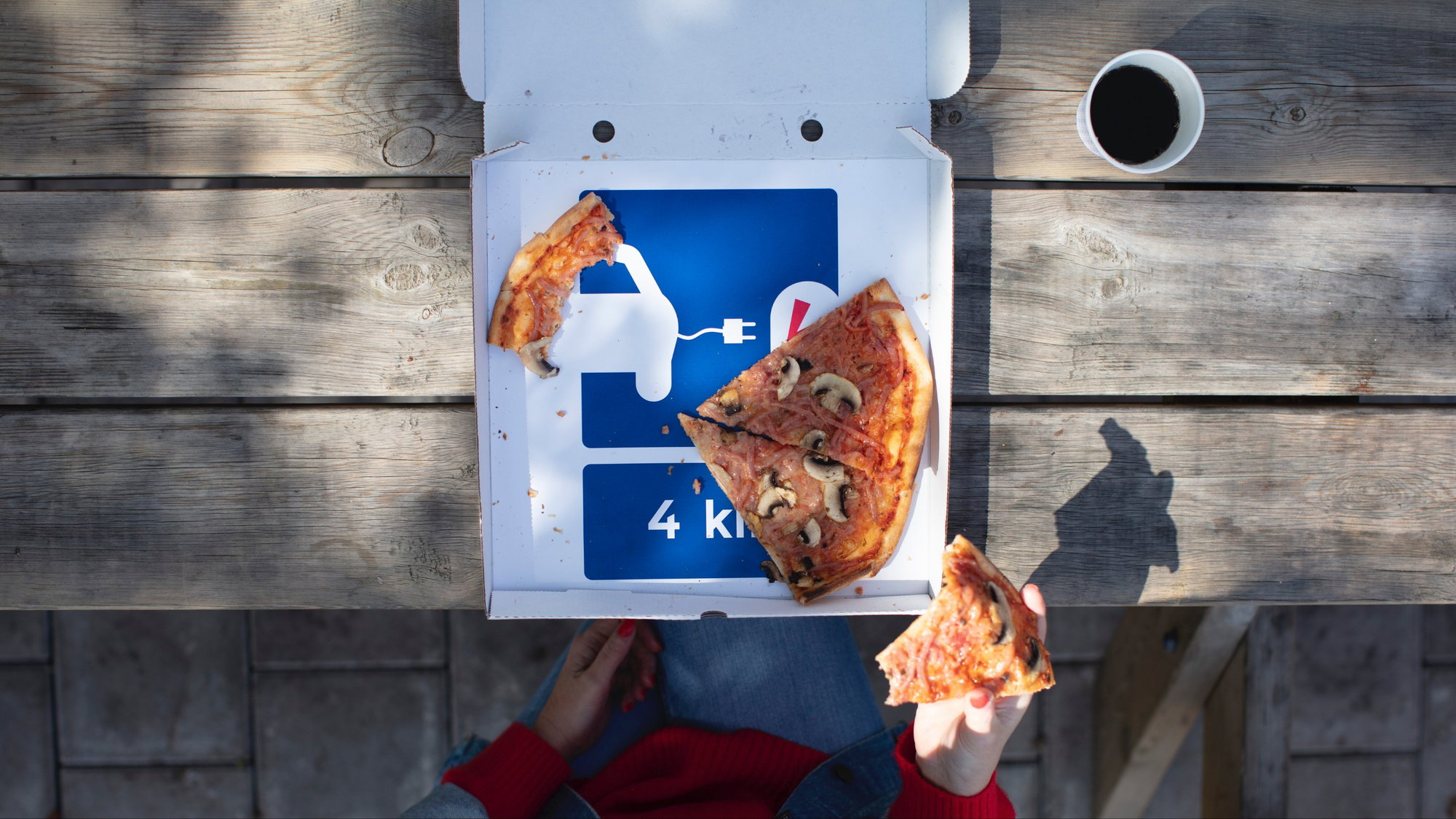 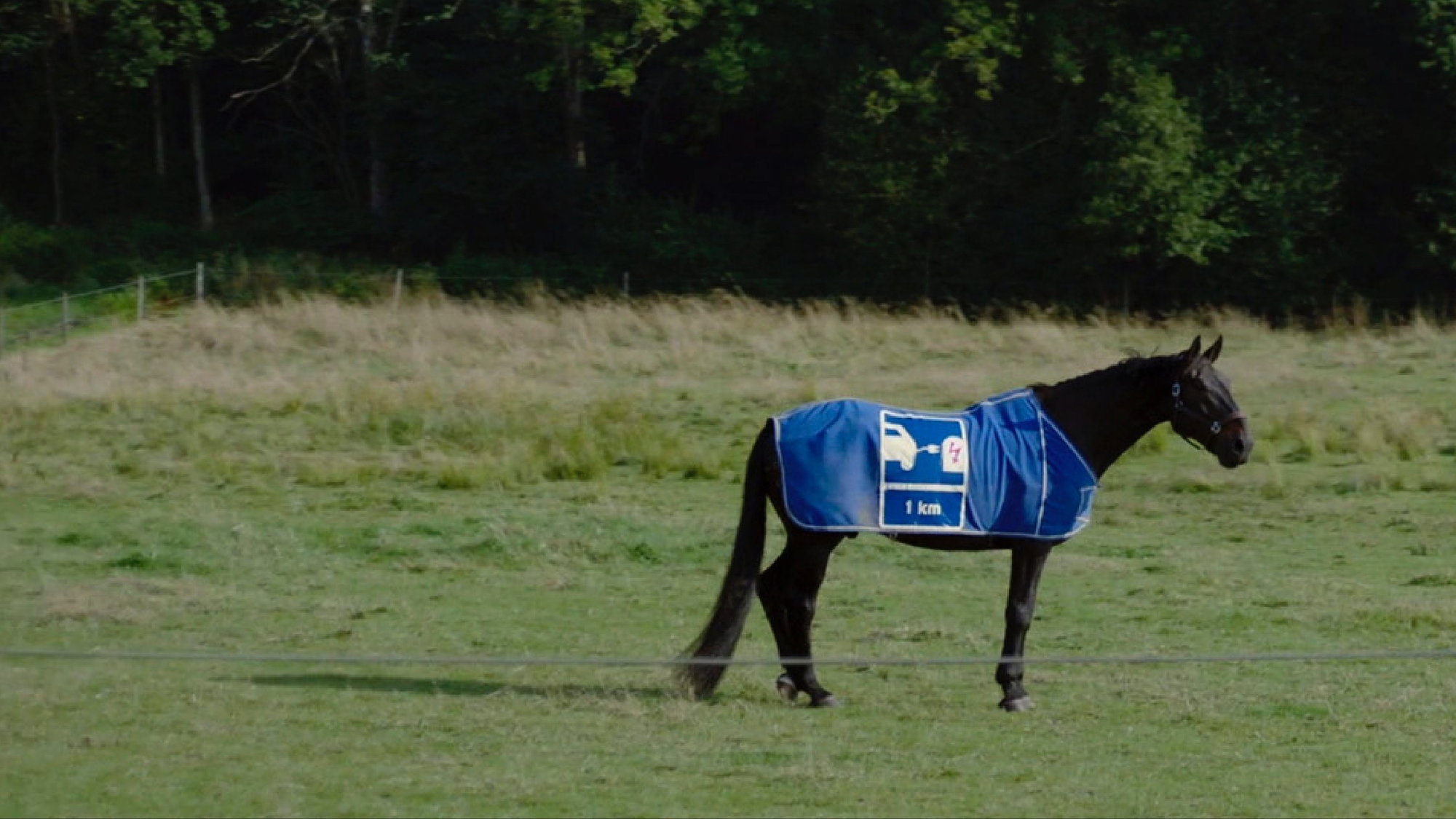 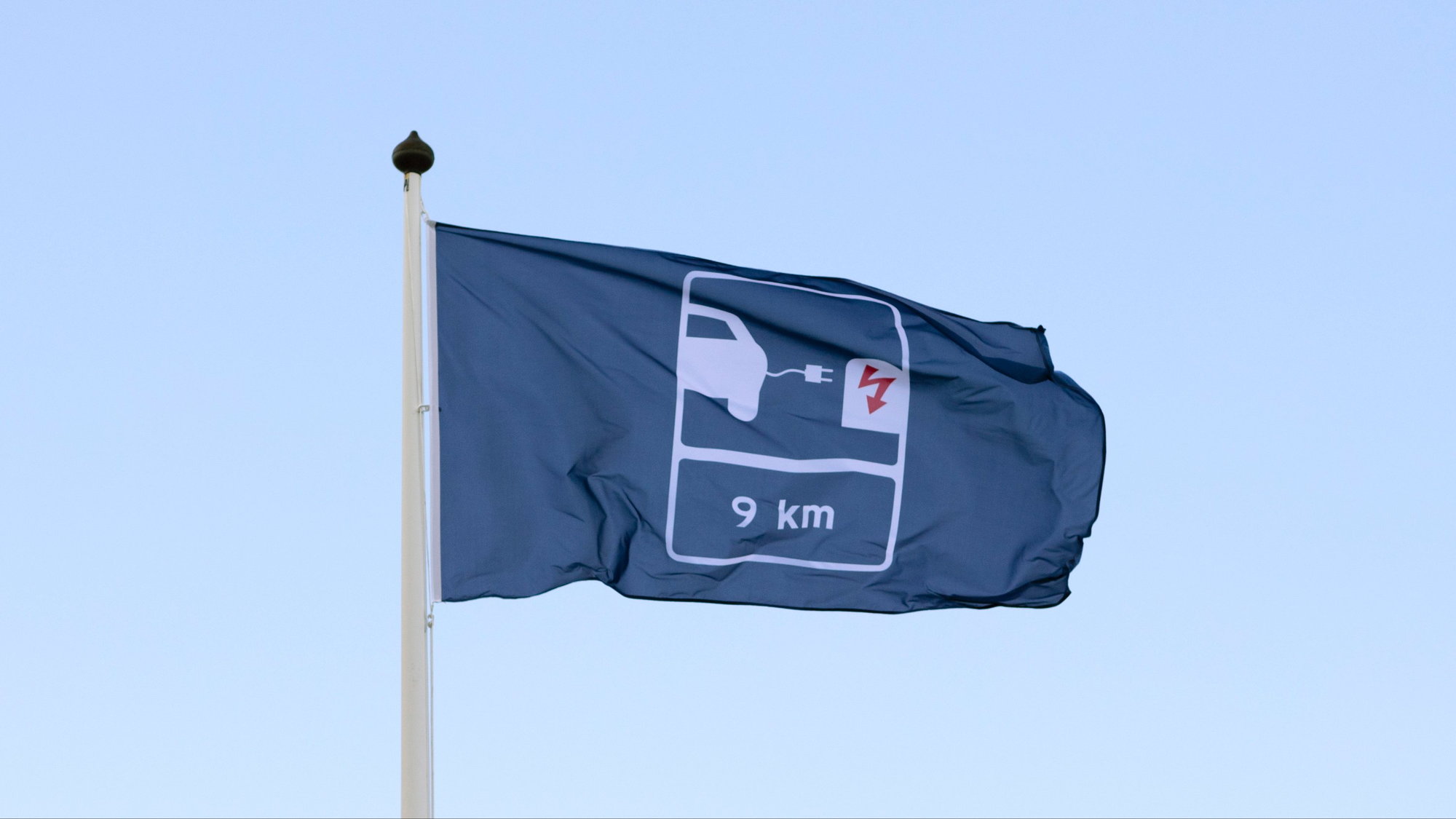 As electric-car technology matures, and the people driving EVs aren’t all patient, resourceful early-adopter types, the issues that sour people on the electric experience are evolving, too. Today the deal-breaker is increasingly likely to be the lack of charging infrastructure rather than rated range—and the idea of range anxiety is being replaced by charging anxiety.

In some areas it’s entirely avoidable, as it's sometimes over simply finding chargers that we know are there. EV owners driving in unfamiliar areas sometimes find themselves sifting through apps and sites for better directions on where a charger is within a huge mall or, as a vehicle-based navigation system once took us, to the opposite side of a maze of highway ramps.

Sweden’s Bee Charging Solutions is simultaneously poking fun at this need for more signage and, well, providing that makeshift signage—in the form of everything from hay bales and flags. Examples of other less-permanent ideas from ad agency Forsman & Bodenfors' campaign in their promotional video include an inflatable raft placed in a bus stop.

Bee Charging is Sweden’s largest charging provider, with more than 8,000 charge points—yet it seems Sweden has some of the same issues U.S. motorists have: There are just 20 official signs leading to them.

“No wonder people are still hesitant about buying an electric car,” said an introduction accompanying the video. “That’s why Bee Charging Solutions, with charging stations all over the country, has made their own signs along the roads. Out of just about anything.”

The goal, of course, is to get politicians, cities, and state transportation departments involved—so that charging stations are easy to find and there are fewer of those experiences that can sour would-be adopters for years. There are some good ideas on standardizing charging signage, but none have been deployed widely to highway departments yet.

If anything, this is a reminder that state DOTs need reminders of how deficient charger signage is. Let’s just say, we hope some day there are as many signs helping lead to electric-car chargers as there are signs pointing to gas stations—or to warning about parking restrictions once you get to chargers.

Watch the video at the top of this post in case you missed it. Swedish humor can be described as a little dark and deadpan, and plenty sarcastic. Here it’s right on the mark.