Toyota has been one of the most conservative of the world’s major automakers in embracing battery electric vehicle technology.

The hesitance is a bit surprising given the automaker’s longtime market lead and bold bet many years ago toward hybrid technology—in its extensive lineup of hybrids.

Now the company is aiming to show off what it calls its "full line-up of electrified vehicles" at the 2020 Olympic and Paralympic Games, in Tokyo.

Toyota doesn't currently have any electric cars, but it's going to put a total of about 3,700 of its mobility products in use for the event—of which 90 percent are electrified.

During the games it plans to use about 500 hydrogen fuel-cell Mirai sedans plus about 850 battery electric vehicles—in addition to hybrids like the Toyota Prius and plug-in hybrids like the Prius Prime.

None of the battery electrics will be normal passenger vehicles, though. They’ll be in the form of the APM (a golf-cart-like shuttle vehicle), the e-Palette (a small van with a low floor that lets wheelchair passengers board at curb level), and the Concept-i (a sleek four-passenger compact car. Both the e-Palette and Concept-i can demonstrate Level 4 autonomous operation. 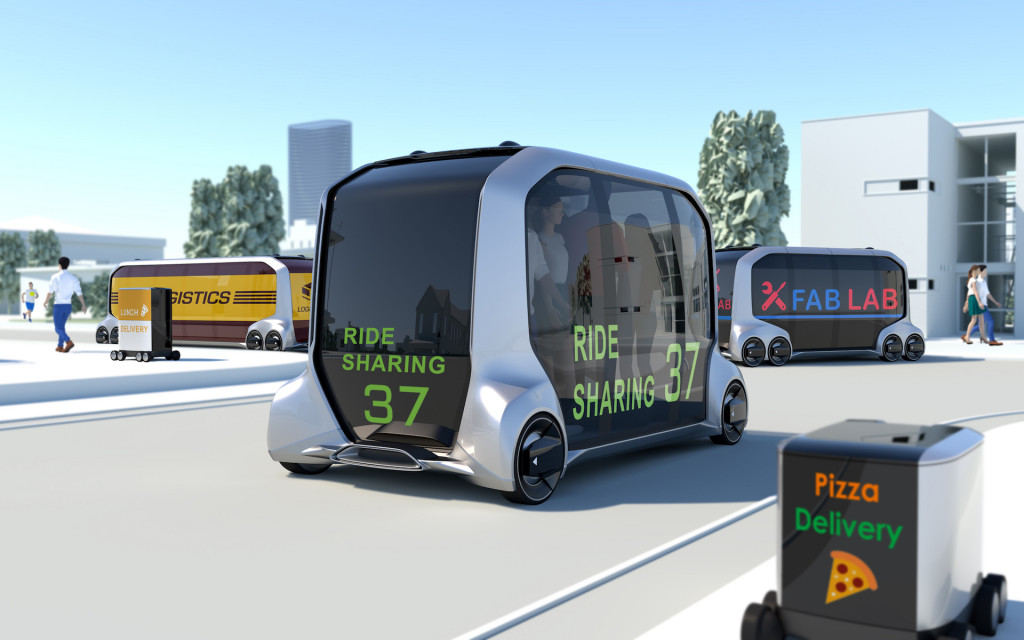 Standing, sitting, and wheelchair-linked electric scooters will also be part of the mix at the Olympics.

Toyota likely won’t limit fully electric vehicle technology only to mobility devices and autonomous-vehicle concepts for long. It’s (finally) headed to production models. Toyota and Subaru are working on an electric vehicle together, and we recently reported that Lexus plans to reveal a production-bound electric car at the upcoming Tokyo auto show in October. And times are changing—soon—as the automaker has a potentially wide-ranging joint venture with Panasonic for electric-car batteries.