Update: Toyota and Panasonic held a joint press conference in Japan on Tuesday to confirm details of the new joint venture. The two companies will contribute a total of 3,500 employees to the new entity, which will produce prismatic lithium-ion batteries at two Panasonic factories, one in Japan and the other in China. While the two companies have signed an agreement to form the new battery partnership, the venture is awaiting approval by antitrust authorities. This story has been updated throughout to reflect these details.

Toyota has been a laggard in the race to transition to electric cars. The company was an early leader in fuel-efficient hybrids, but has since focused on developing fuel-cell vehicles, and executives have expressed skepticism about electric cars and lithium-ion batteries.

Now in an effort to accelerate its move to electric cars, the company is pairing up with the largest manufacturer of lithium-ion battery cells in the world for electric cars, Panasonic. Panasonic also supplies batteries for Tesla, built at the giant Nevada Gigafactory that the two jointly own.

CHECK OUT: Lithium-ion vs. nickel-metal hydride: Toyota still likes both for its hybrids

The Nikkei Asian Review reported Sunday that the two companies plan to set up a joint battery manufacturing plant in 2020 to produce batteries for more than 5.5 million electric cars. Reuters followed with another report of the venture, citing a source of its own.

Under the venture as it's been reported so far, Toyota will own 51 percent of the factory, and Panasonic will own the rest. Batteries produced at the factory will supply not only Toyota but also companies that have signed on as partners with Toyota to develop electric cars. These include Mazda and Subaru. 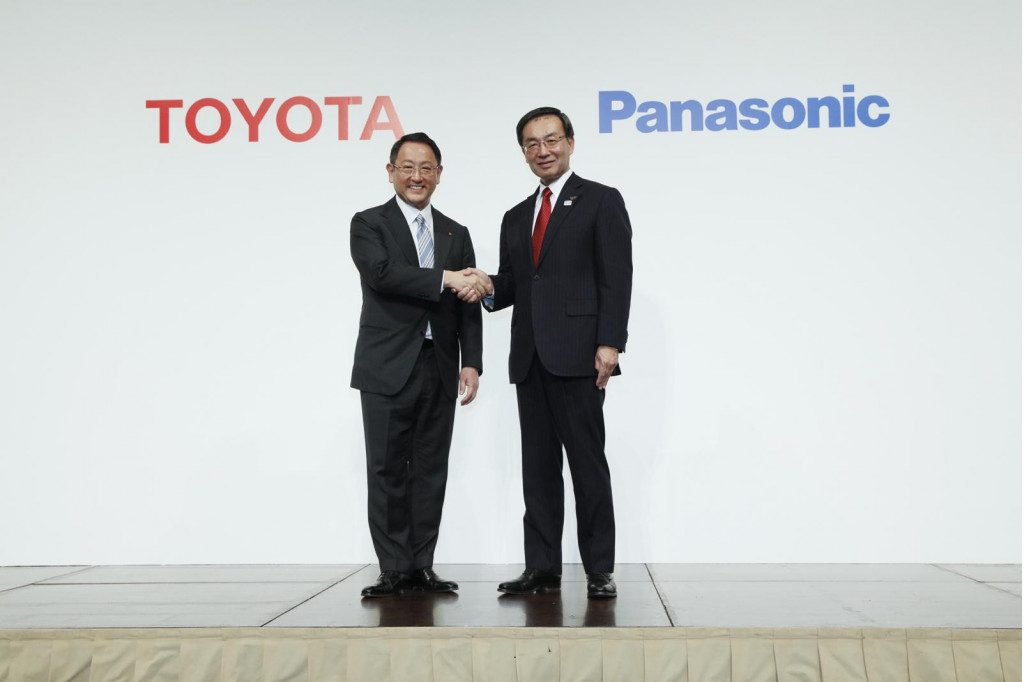 Honda also sources electric-car batteries from Panasonic, and Nikkei reports that the companies hope that they can also sell the new batteries to Honda.

READ THIS: Panasonic says solid-state batteries are still 10 years off

Toyota and Panasonic will also reportedly work together to develop next-generation solid-state lithium-ion batteries, which are expected to provide increased range with less weight and cost for electric cars. They could also be less flammable to improve safety.

Toyota has been working to find other chemistries that would be useful for electric cars. It announced in 2017 that it plans to put solid-state battery tech into a production vehicle in the early part of the next decade.

The two companies initially signed an agreement to explore this tie-up in 2017.

Toyota has set a goal to sell 5.5 million electric cars by 2030. That still lags behind Volkswagen, the world's second-largest automaker after Toyota. Volkswagen has announced plans to build 10 million vehicles a year by 2027.