The company will partner with Department of Energy scientists from Carnegie Mellon University, Northeastern University, and Georgia Institute of Technology.

The heavy trucks that Nikola is developing require higher power output and greater durability than other fuel-cell vehicles, and require more advanced electrode structures in the fuel cells, the company said. Its trucks are expected to develop 1,000 horsepower and 2,000 pound-feet of torque. The company said it will begin testing its trucks on Arizona highways later this year and hopes to reach full production in 2022.

Nikola's research is expected to investigate new ways to assemble the interface between the electrode and the proton exchange membrane to make it more robust and reproducible. Nikola said it will include research into catalysts, ionomers, and gas diffusion layers. 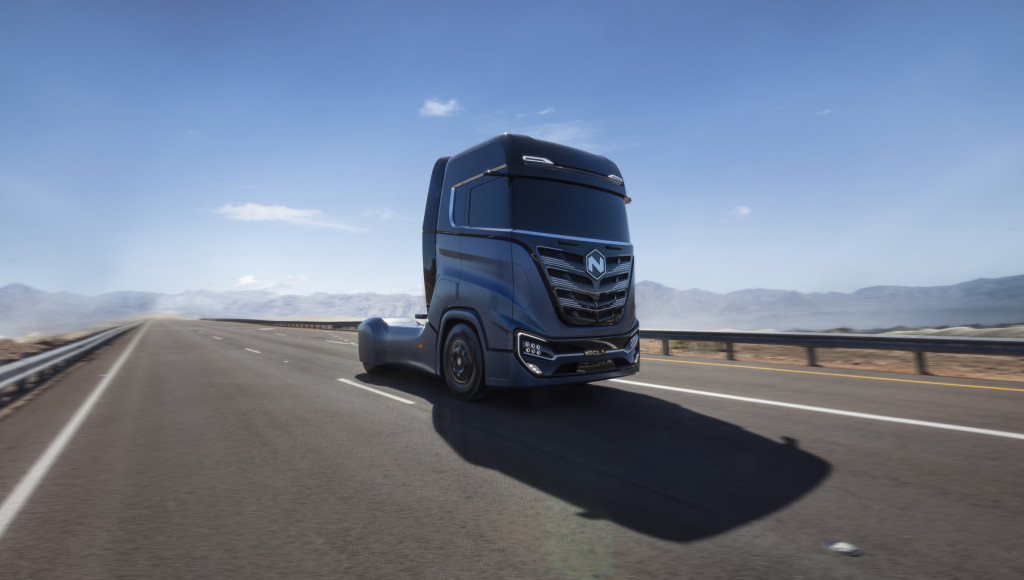 "This award provides an opportunity for the...Nikola team to leverage expertise in academia and exceptional resources within the DOE Fuel Cell Consortium for Performance and Durability to accelerate a breakthrough that will benefit the entire hydrogen and fuel cell industry and community,” said Jesse Schneider, executive vice president of Hydrogen & Fuel Cell Technologies at Nikola.

The company is also working on a DOE grant to develop hydrogen fueling stations with its Norwegian partner NEL Hydrogen.

In April, Nikola announced plans to also produce a fully battery-powered semi, along with non-sleeper cabs for short-haul trucking routes in North America and Europe. Nikola could produce the battery-powered truck first, though it has made no announcement what models will make up its initial production.

Tesla is also planning to put a battery-powered semi truck into production later next year, and Toyota has a pilot program to build short-haul fuel-cell-powered semis for use at the Port of Los Angeles.

Nikola said it has 14,000 orders for its fuel-cell semis, including an order for 800 trucks from Anheuser-Busch,