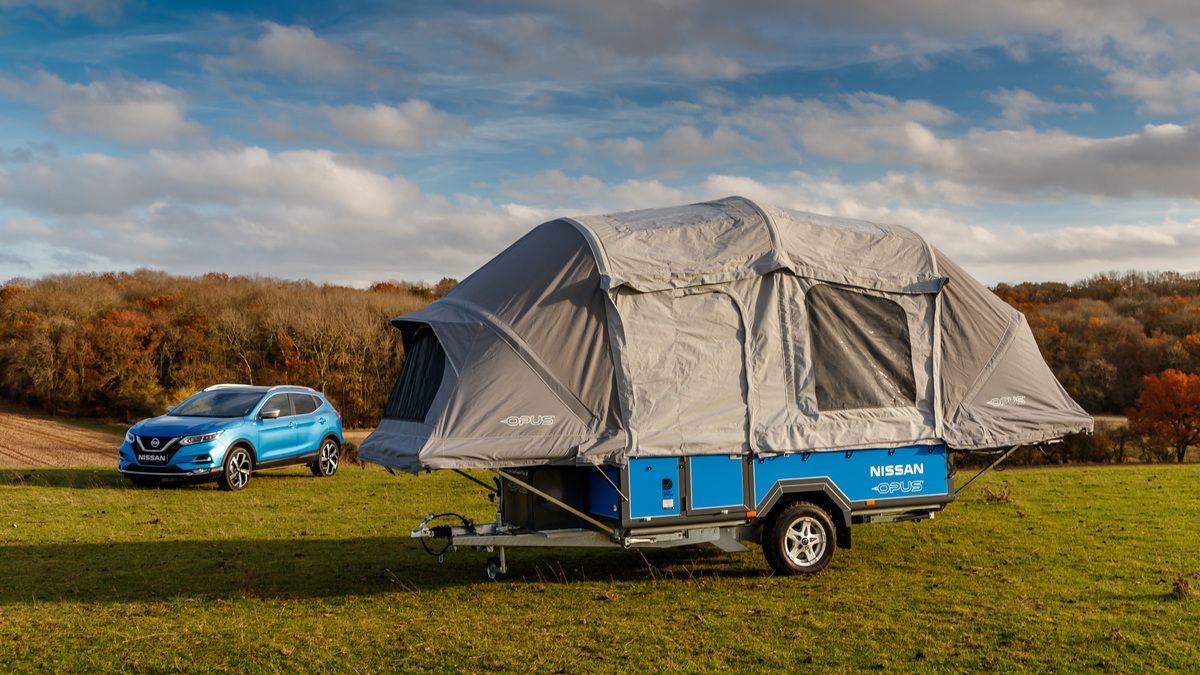 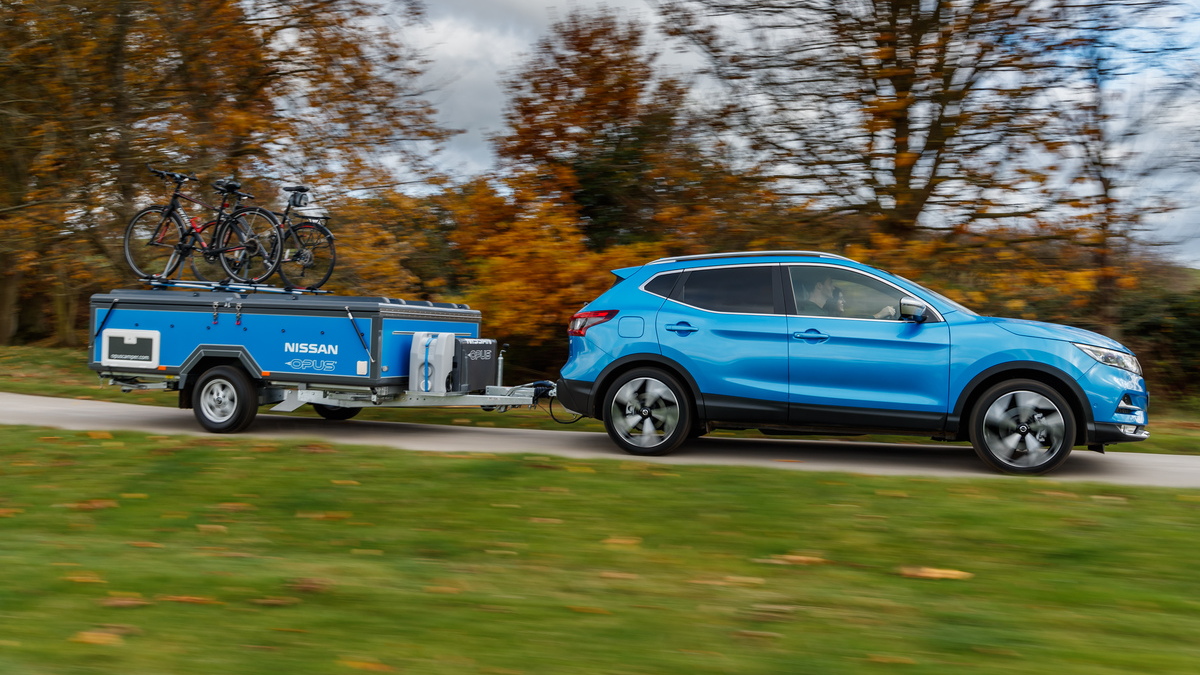 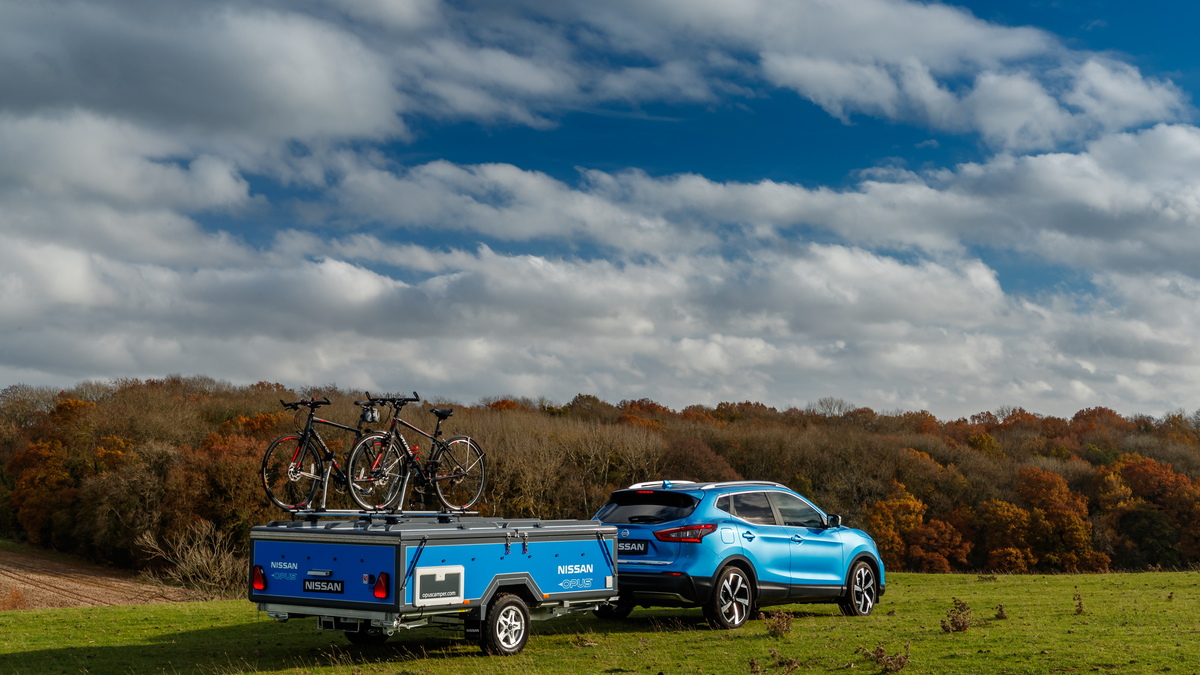 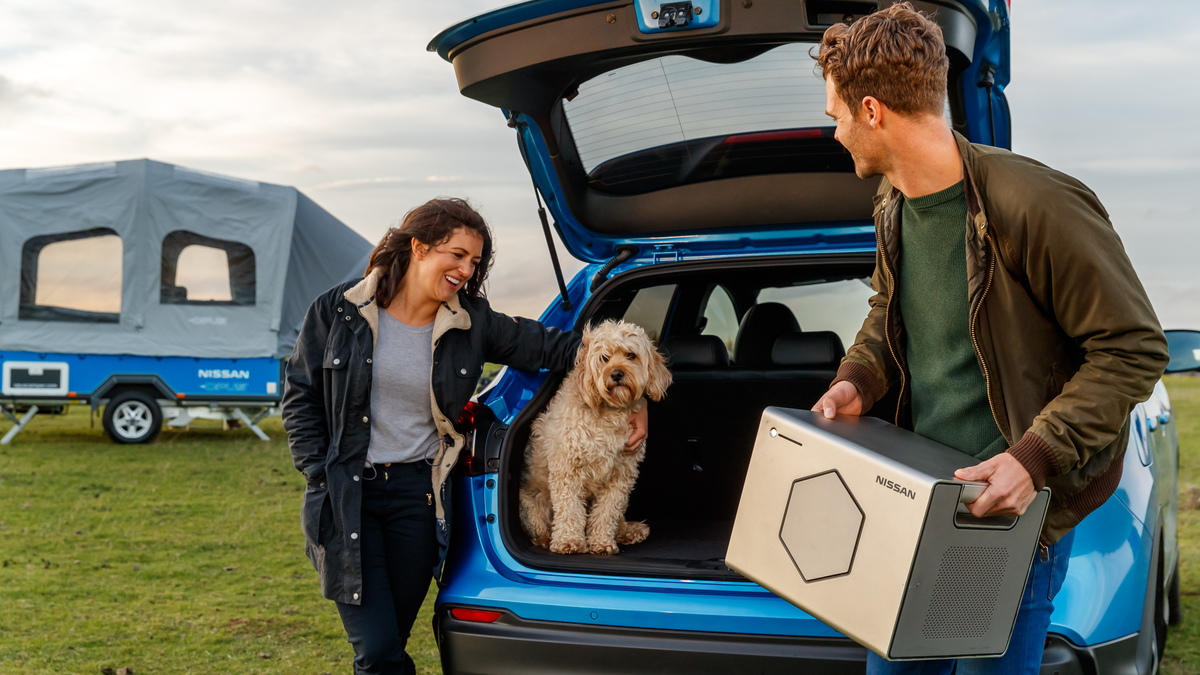 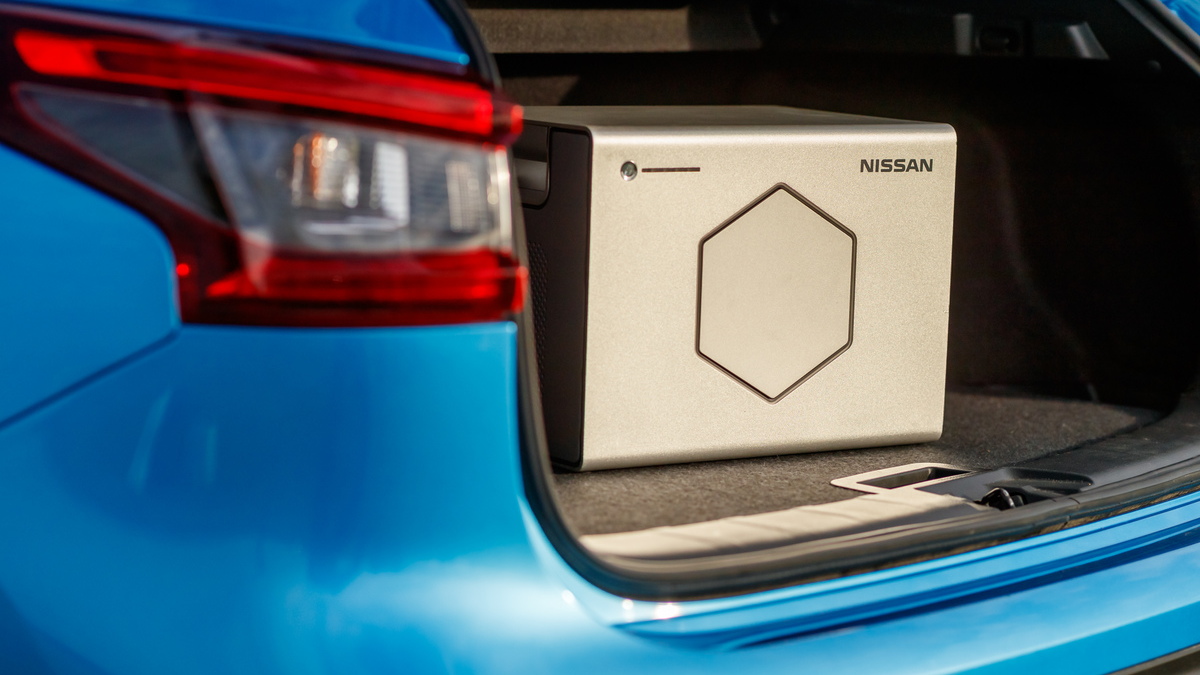 Electric-car batteries need to get recycled or reused at the end of their road. And campers are always in need of more batteries to stay out longer and run more things without resorting to gas power.

Combine the two needs and you get the Nissan x Opus, an inflatable, folding camping trailer that relies on second-life batteries from used Nissan Leafs.

Nissan showed the camper at the Caravan, Camping, and Motorhome Show in Birmingham, England this week.

The Opus is an existing folding camping trailer, something like a pop-up camper in the U.S., but with an inflatable roof—similar to a kids' bouncy house—in place of a tent that needs to be erected with struts and poles over the camper. It comes with an electric pump to inflate it that runs on electric power.

That's where the used Nissan Leaf battery packs come in. The old cells are reconfigured into a portable battery box, the size of a large concert stereo speaker, that fits into a compartment on the trailer's tongue.

The portable Nissan Energy ROAM stores 700 watt-hours of energy, and can provide up to 1 kilowatt of power to run camping accessories. With European 230-volt circuitry, that includes a microwave built into the trailer, an electric refrigerator, an electric heater, as well as a standard 230-volt electrical socket, 2 USB ports, and a 4G mobile wi-fi hot-spot that can supply up to ten devices.  A projector can play movies inside the canvas at night.

Nissan says the 700-wh Energy ROAM battery pack is good for up to a week of camping.

When it needs to be recharged, the trailer has an optional 400-watt solar panel that can recharge it in two hours, or campers can easily remove it from the trailer and take it to any electrical outlet to recharge with an extension cord.

"OPUS owners really love getting out into the wild and enjoying the more remote corners of the countryside," said Opus managing director Jonathan Harrison. "At the moment, to go 'off-grid' for any lengthy period, you either turn to a fossil-fuel generator—which isn't good for air quality or a peaceful camping ambience—or you compromise on the power you can use with existing battery solutions. Integrating Nissan Energy ROAM is answering real customer needs. "

Europeans are used to towing lighter campers than Americans, with lighter vehicles. The Opus weights 1,764 pounds (800 kg) and has an optional maximum gross weight of 3,300 pounds. Nissan shows it being towed by a British version of the Qashqai, the SUV sold in the U.S. as the Rogue Sport. Even in Britain, the Leaf is not rated for towing.

The inflatable Opus camper starts at $20,877 (15,995 pounds in Britain.) So far the camper is a concept, but portable storage batteries are growing, and Honda just began offering one overseas. The Energy ROAM battery could replace or augment an existing $457 battery upgrade package on the Opus.