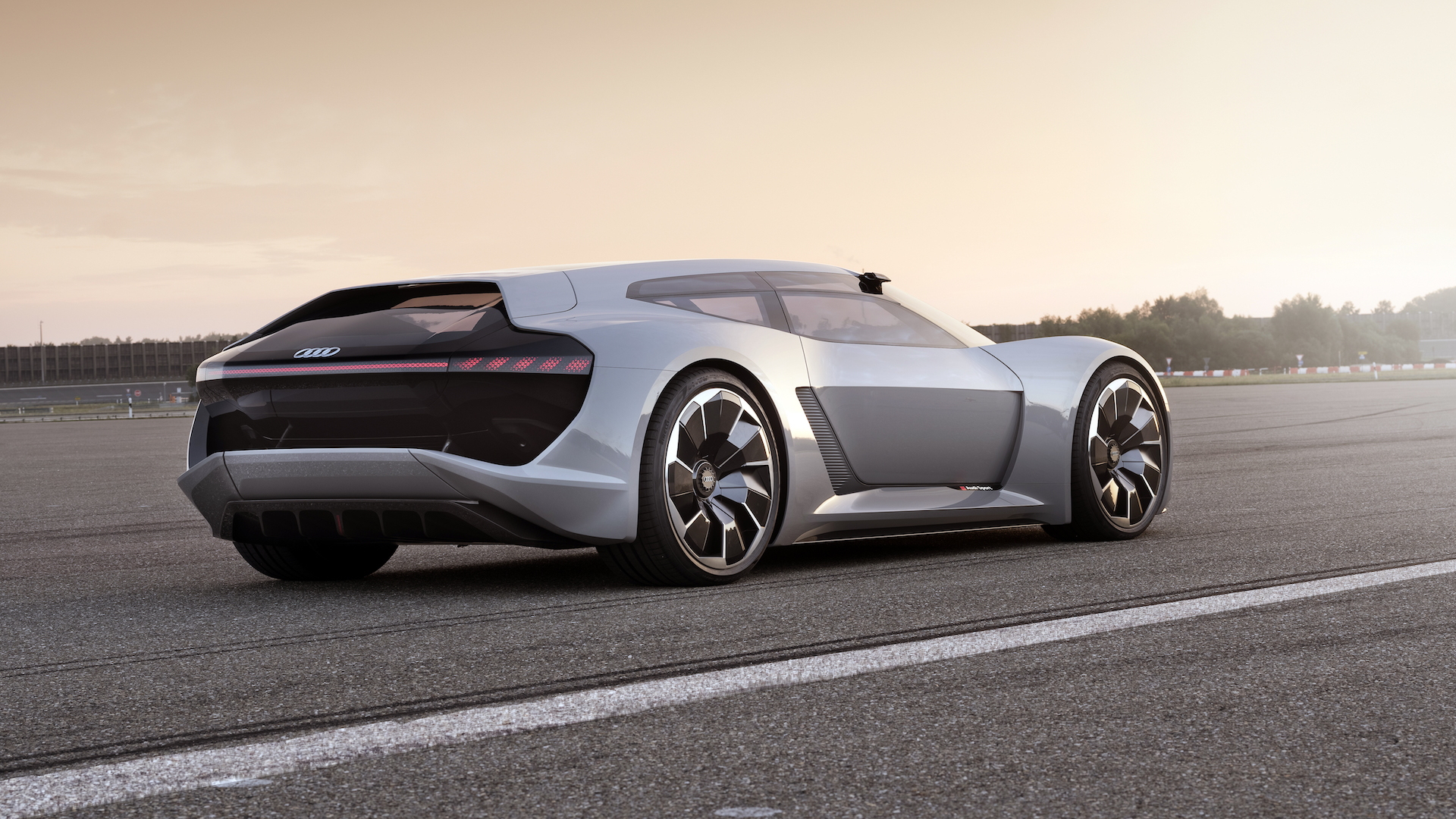 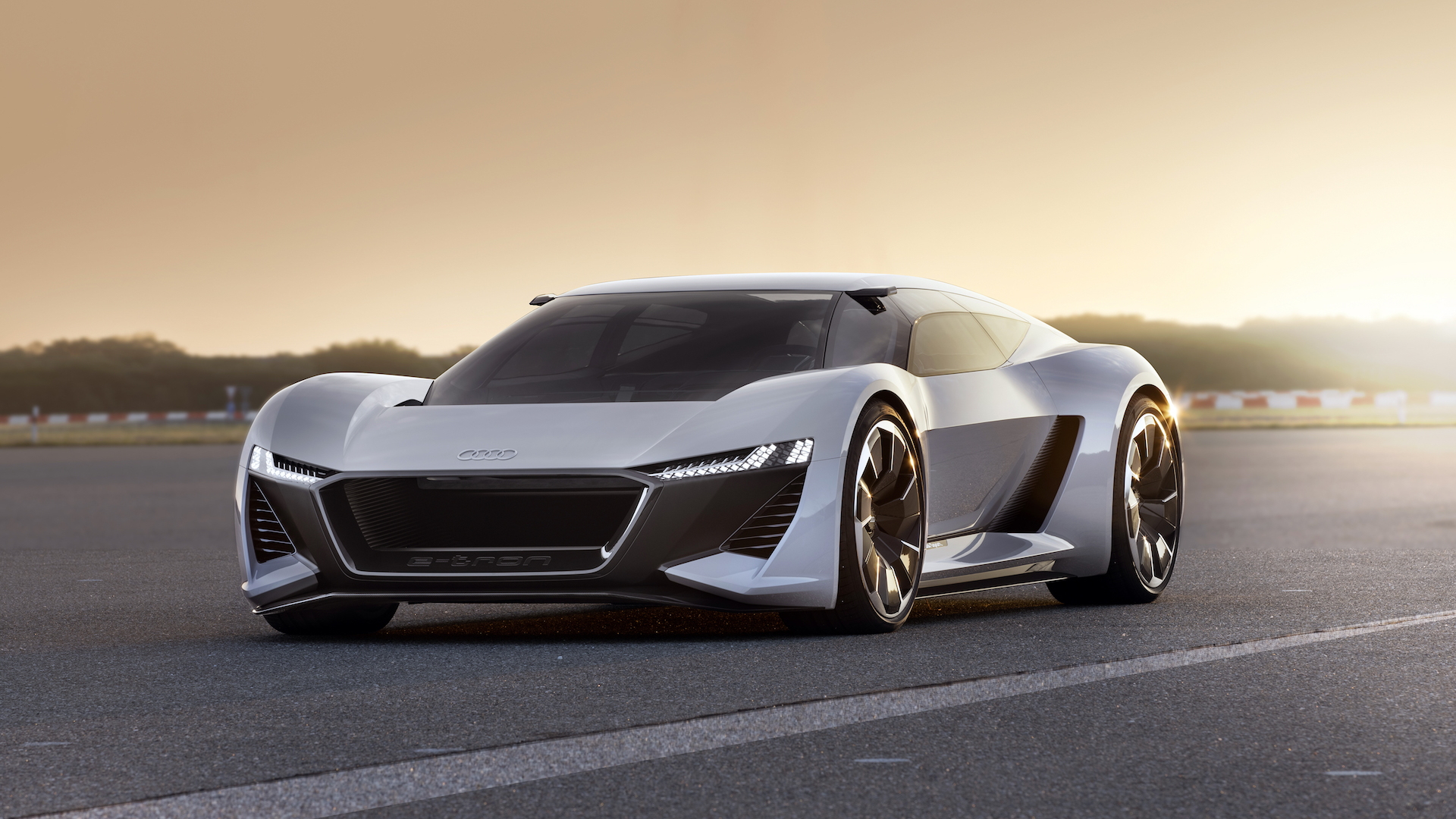 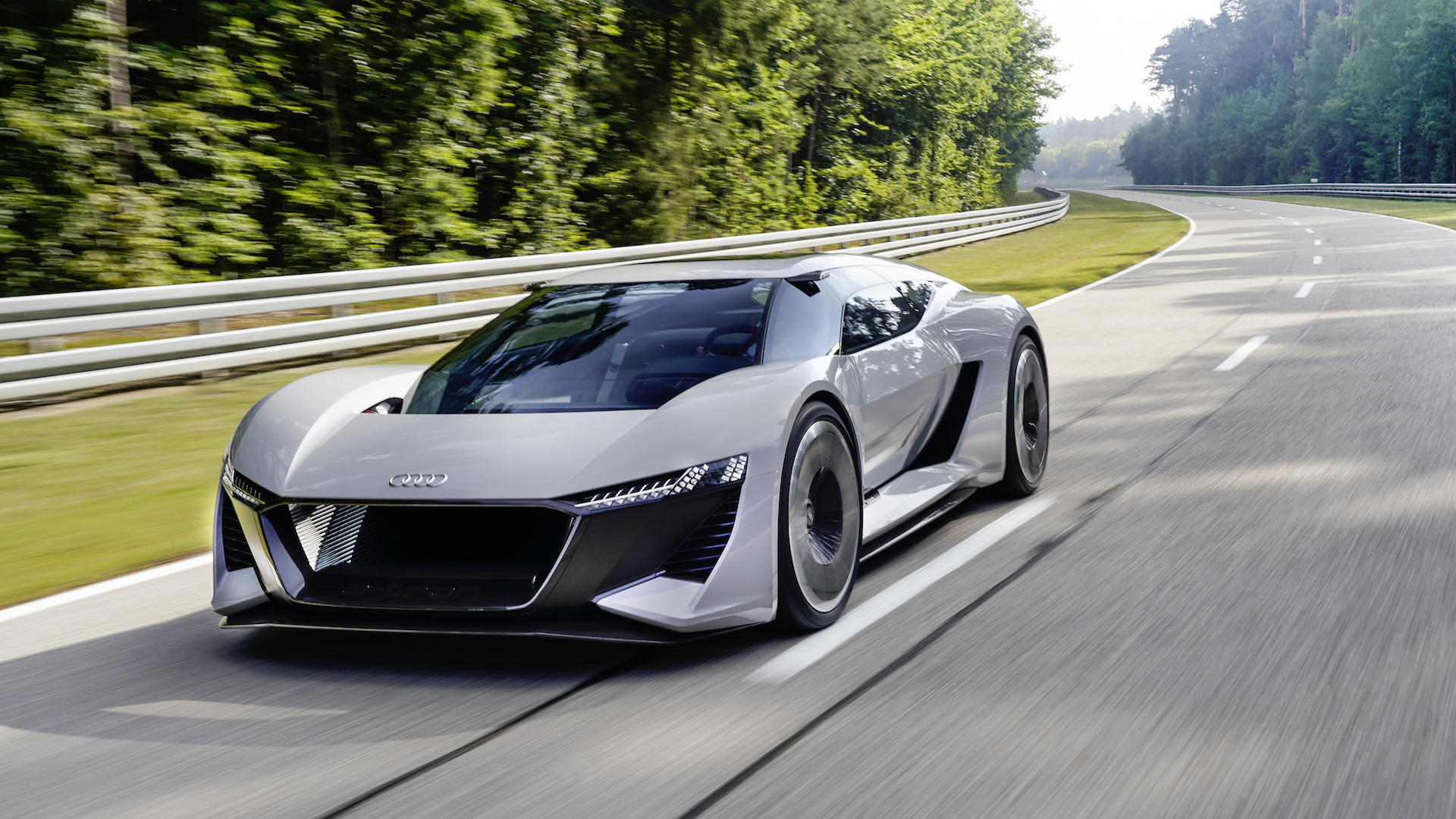 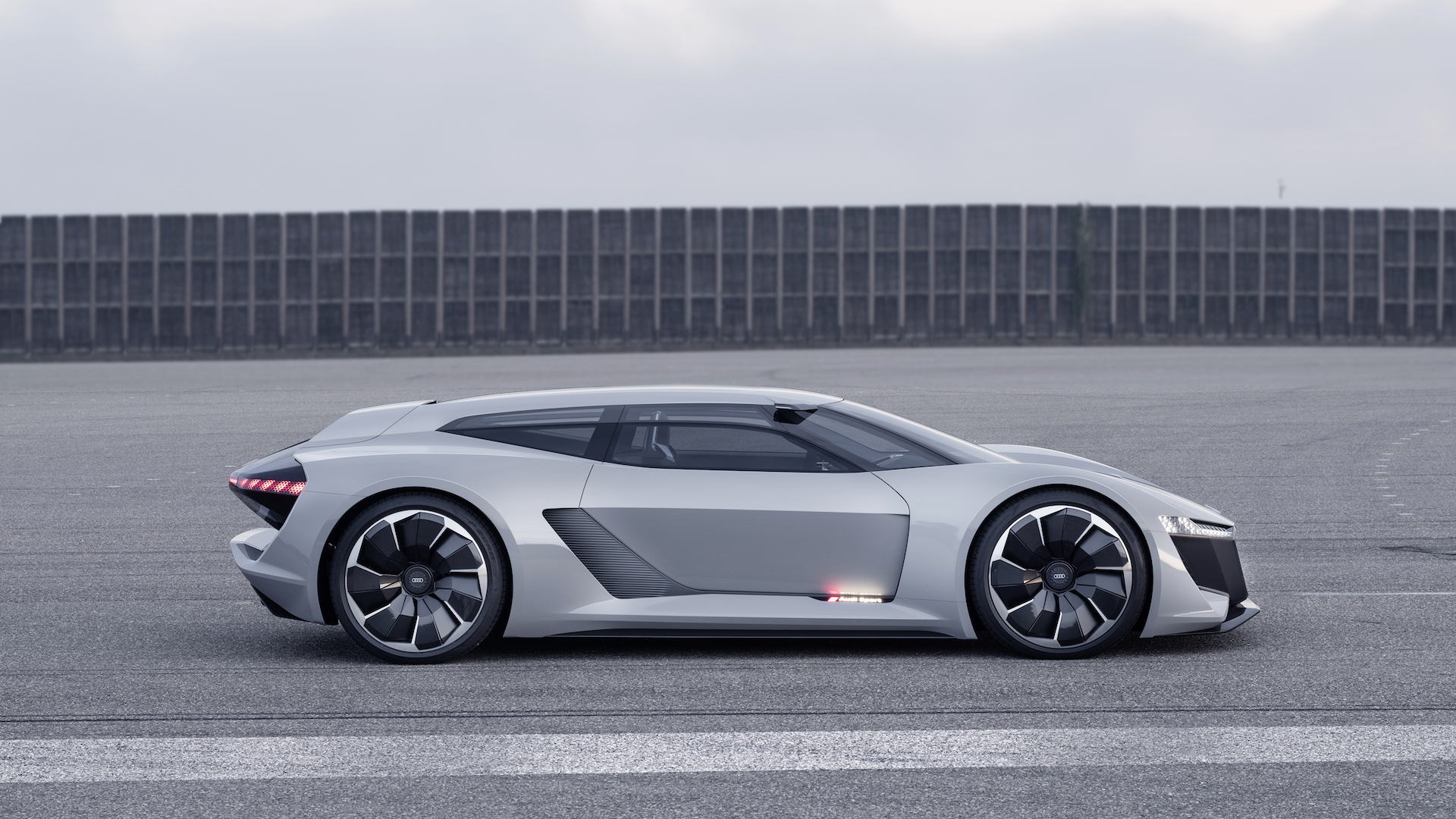 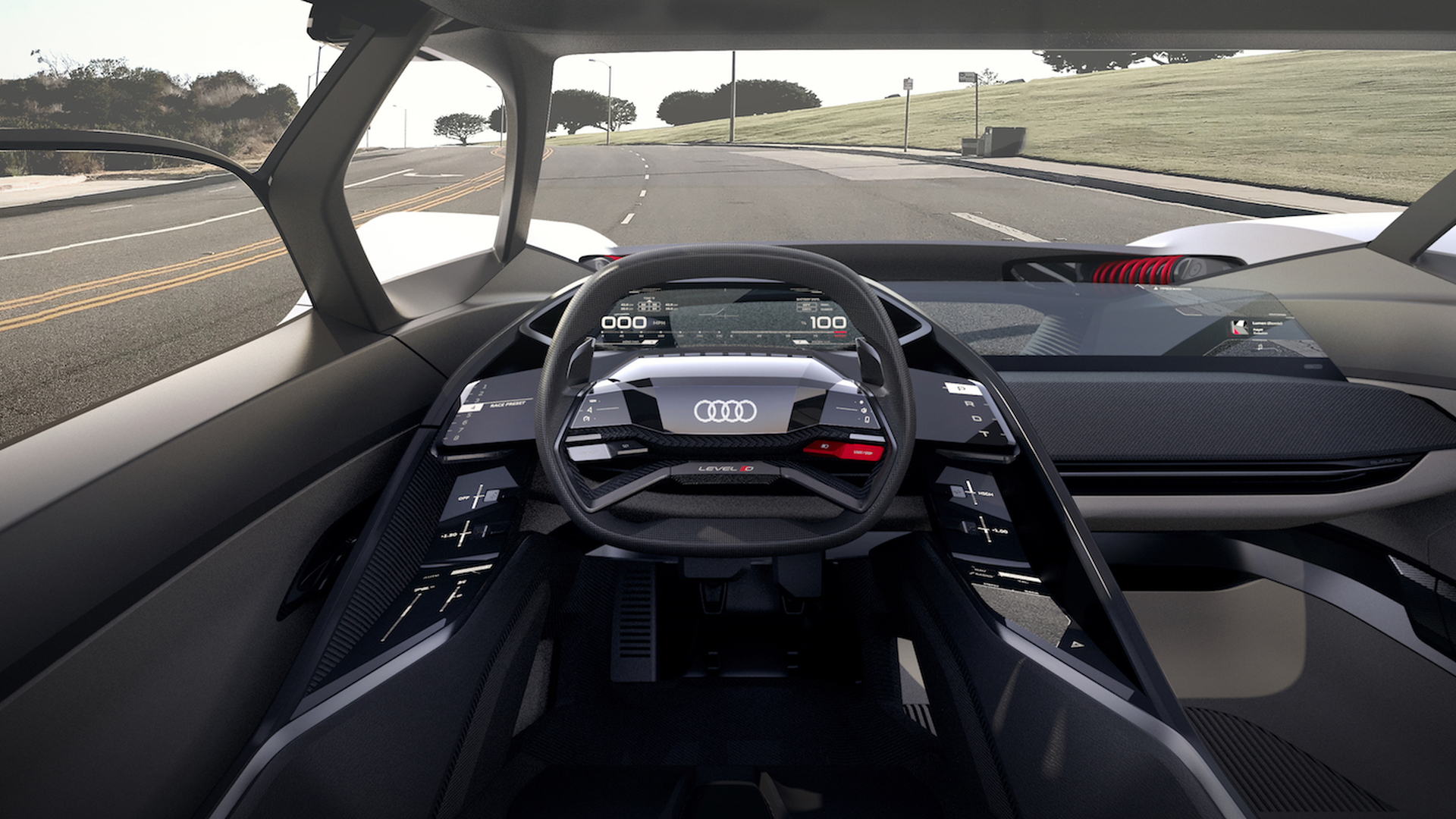 With the annual classic car weekend going on in California, automakers are all working to outdo each other—and this year that means with electric cars.

Perhaps most interesting is that Audi says both the PB18 e-tron and the Aicon concept use solid-state batteries.

It's not clear how much that means when it also says the cars are concepts. Concept car specs are often aspirational, but it may indicate that Audi has joined the race to develop the next generation of lithium batteries which are supposed to be lighter and more powerful, and deliver more range.

Audi says the PB18 e-tron's solid-state battery is lighter than a conventional electric-car's lithium-ion battery, which allows the PB18 to come at just over 3,400 pounds.

Unlike most modern electric-car concepts, the battery sits behind the passenger cabin, where the engine in a mid-engine sports car would go. This allows driver to sit low to emphasize the sensation of a race car's low center of gravity.

Inside, the driver sits in a pod designed to be positioned in the center of the car to give an ideal, race car driving position, again like the R-18 e-tron.

Unlike a race car, however, the PB-18 seats two. When a passenger comes along, the driver's pod can slide to the left to allow access to a second seat seat on the right, set just behind it. The second seat has an ordinary three-point belt, unlike the racing belt up front.

The sliding cockpit is a concept item unlikely to make it to production along with other elements of the car.