BYD is a Chinese electric car company that was founded to "Build Your Dreams." Now it claims to be the biggest electric vehicle company in the world—and it's building buses.

We're not sure who dreams about buses, but the company is now building the first battery-powered, all-electric bus fleet at the University of California, Irvine.

Students at the university voted in a referendum in 2013 to fund the conversion to electric buses with a new $40-per-quarter fee, and the fees fully fund the service. 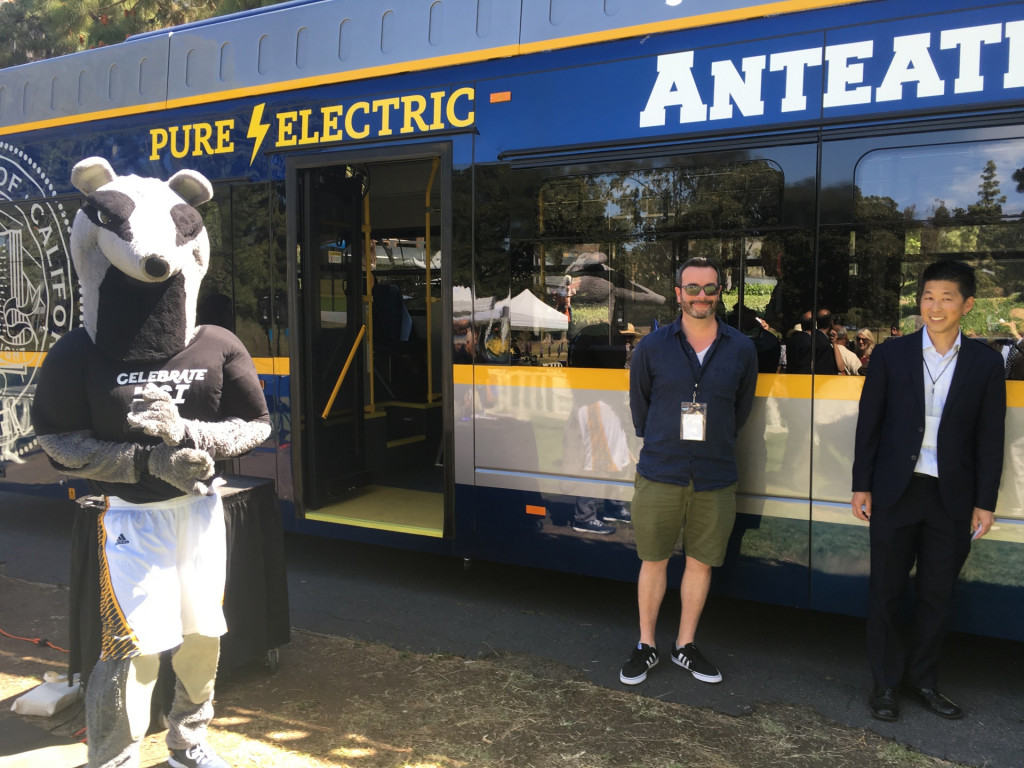 The new electric bus service was unveiled at a ceremony earlier this week on the campus.

The 20 new BYD electric buses, known as the Anteater Express after the school's mascot, will replace 29 older diesel models and are expected to deliver more than 2 million rides per year across campus and to different locations in town. BYD briefly sold an electric car in the U.S., but pulled out of the U.S. car market before introducing a second model.

DON'T MISS: These 12 cities will buy only electric buses from 2025 on; more expected to join

The BYD K9M electric buses seat 41 and have a range of up about 161 miles on a charge, and BYD estimates they will cost $1 less per mile to run than the diesel buses they replaced.

The lithium-iron phosphate batteries in the buses are made in Lancaster, Calif., in southern California and come with a 12-year warranty.