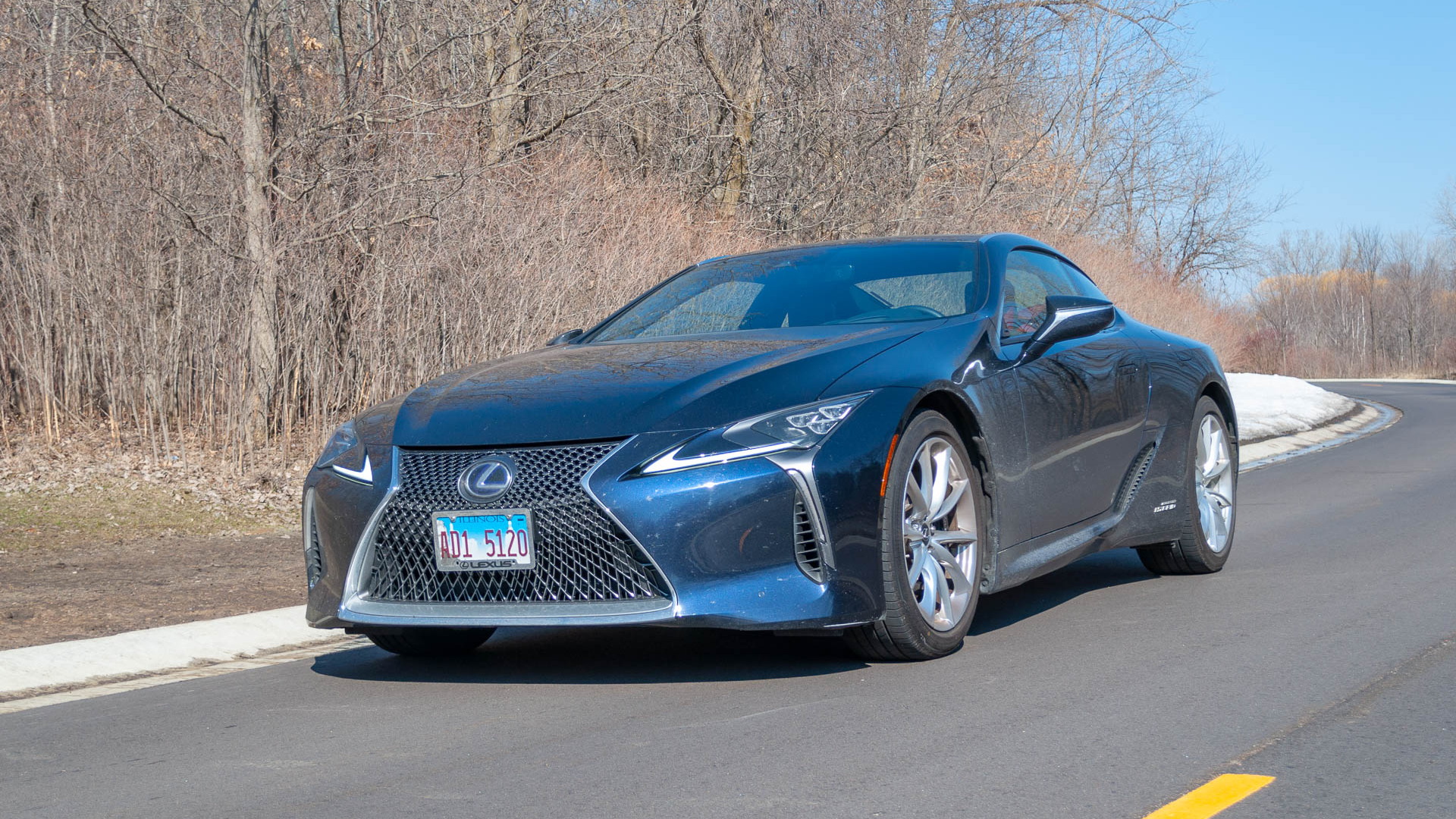 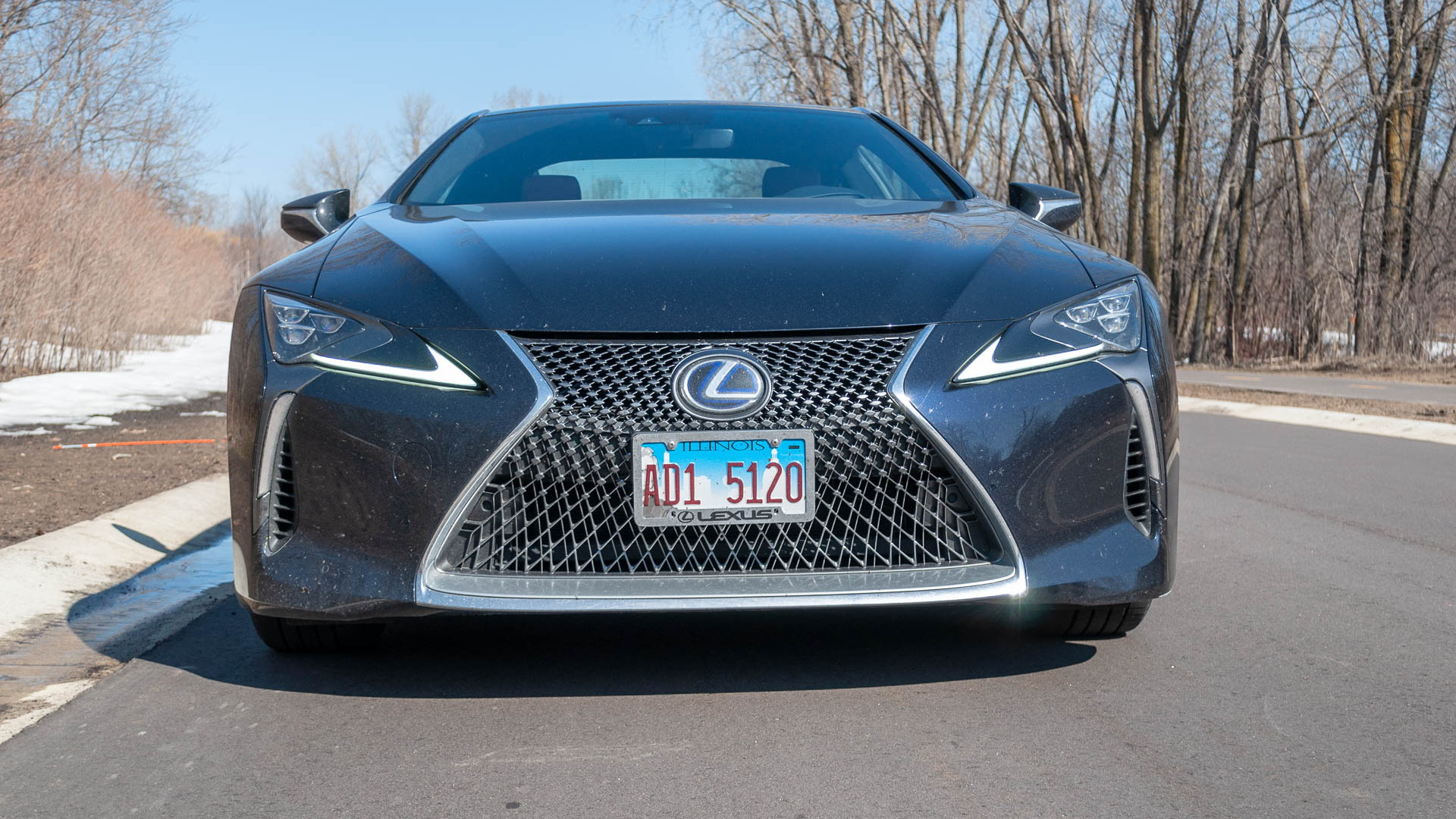 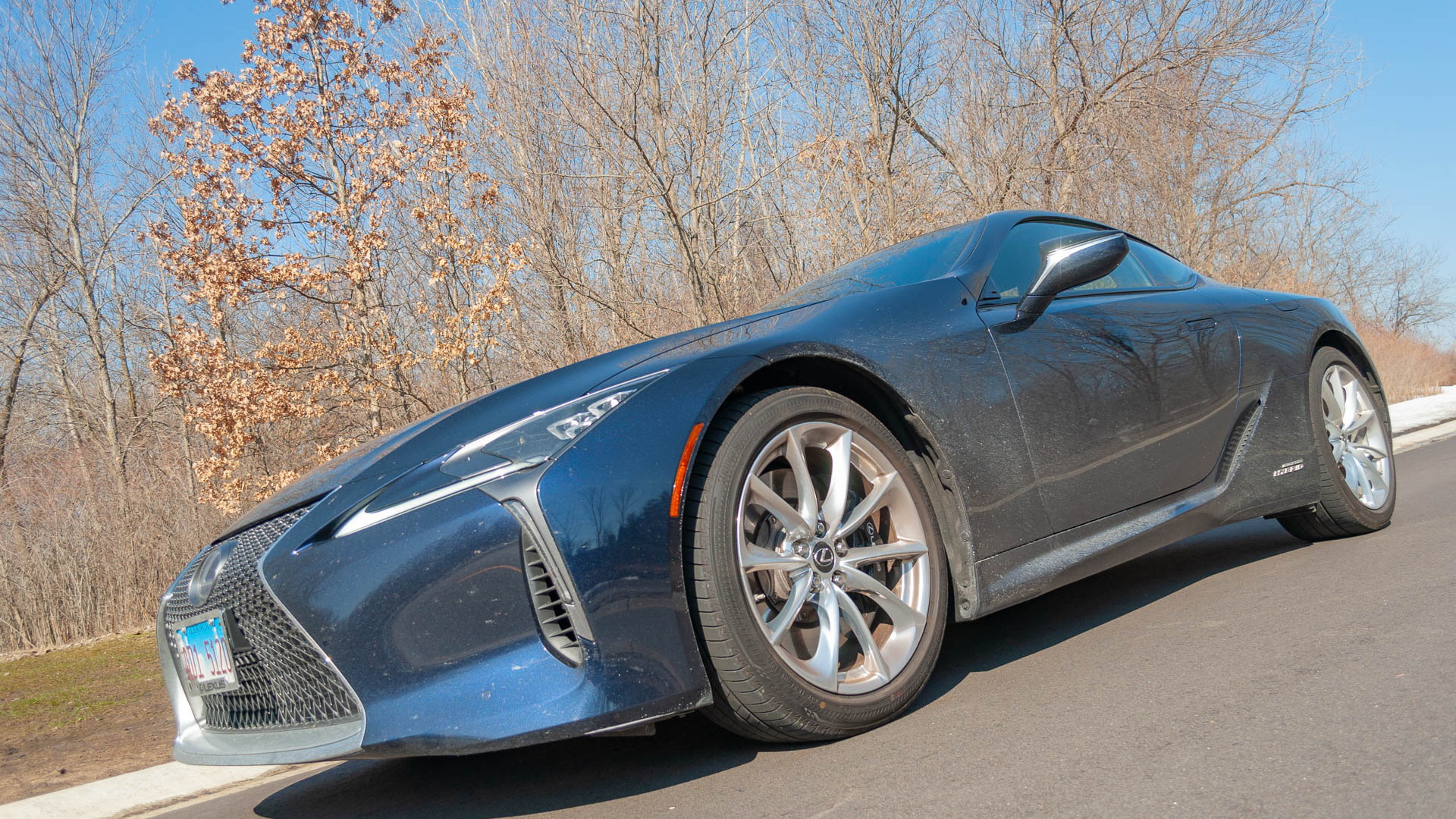 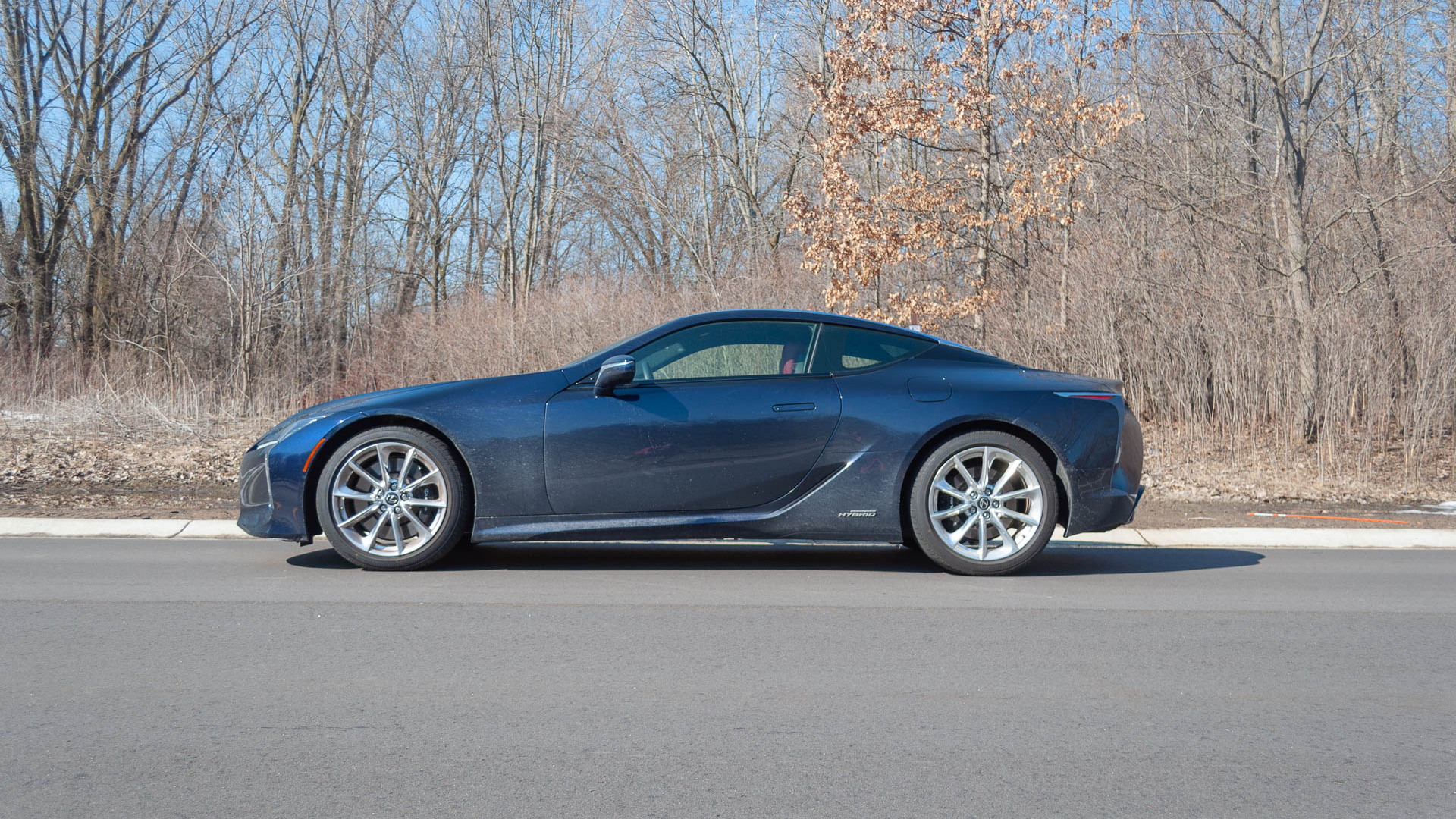 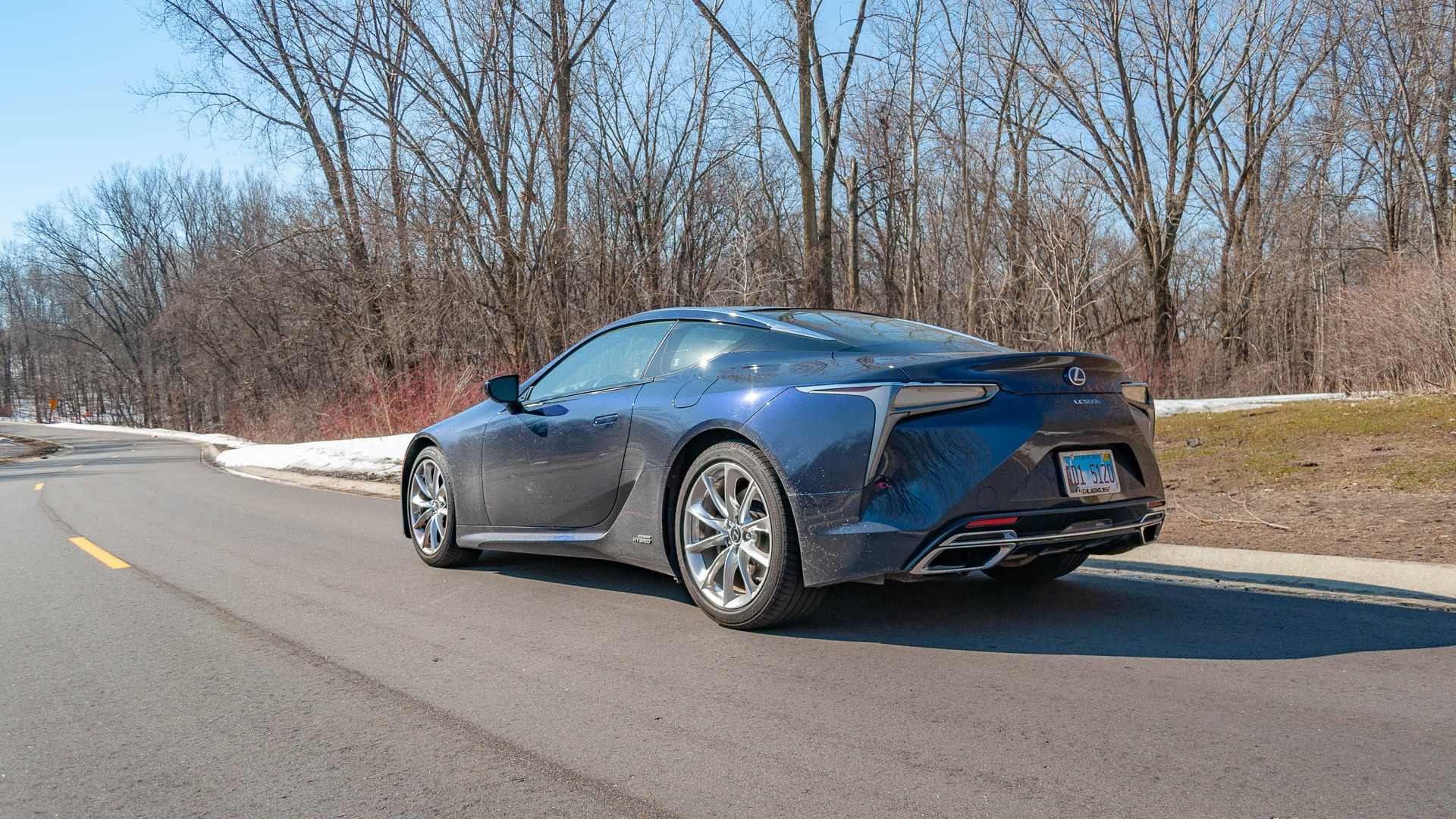 As the industry marches toward greener cars, battery and hybrid drivetrains are expanding into vehicle segments never before concerned with fuel economy ratings or much with emissions.

No segment is excluded from this progress, not even luxury grand tourers.

Toyota, along with its luxury division Lexus, is the king of hybrids, so it was no surprise when the stunning LC 500 unveiled in 2016 included a hybrid variant--the LC 500h.

In a week of testing the 2018 Lexus LC 500h it’s clear that choosing the hybrid model is no compromise over the V-8 model. 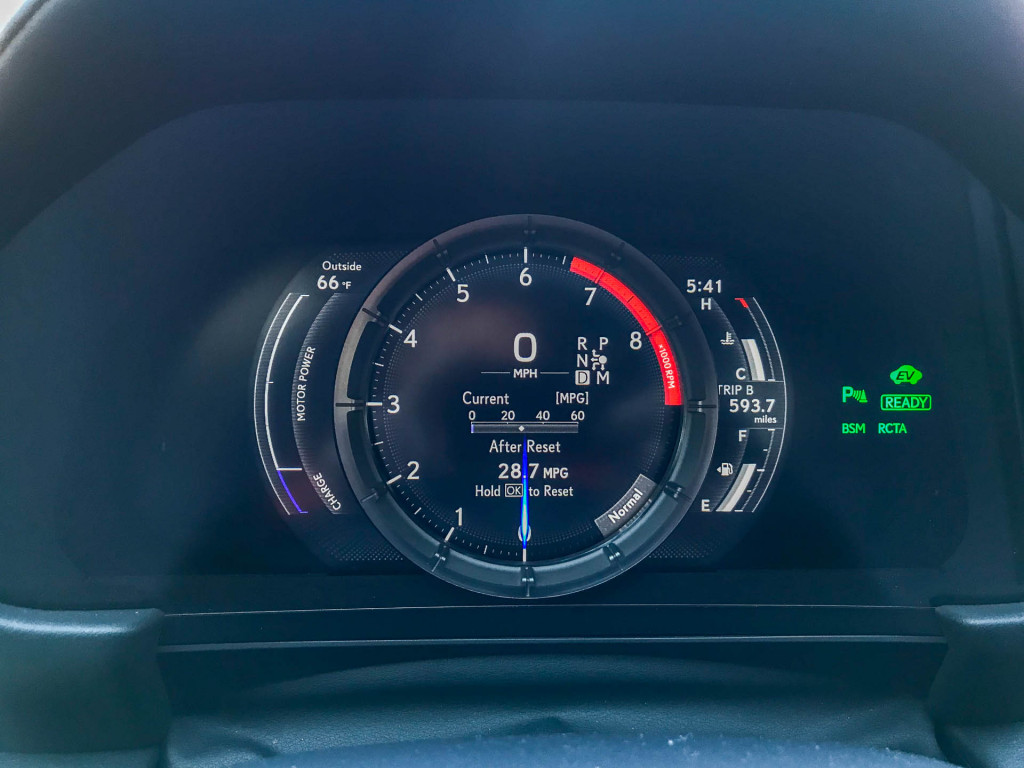 Over the course of nearly 600 miles of highway driving at over 70 mph the LC 500h averaged 28.7 mpg according to the onboard trip computer.

In mixed suburban driving over the course of over 100 miles the onboard trip computer indicated an average of 23.5 mpg.

A few factors could easily account for the discrepancy, including the chilly weather during the mixed suburban driving (at one point it was in the low 30s), which hinders battery performance and keeps the gasoline engine running more often, and highway speeds higher than the the EPA tests account for. 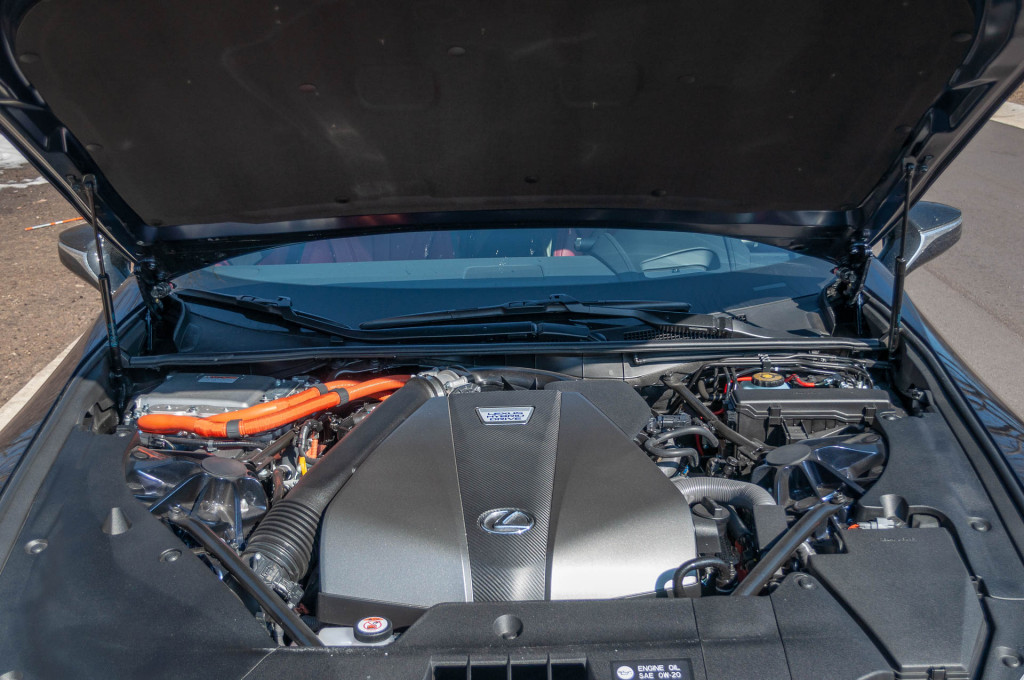 The hybrid variant of the LC 500 drops the throaty 467-horsepower 5.0-liter V-8 for a 3.5-liter V-6 hooked to two electric motors, a 44-kw lithium-ion battery, and 4-speed automatic transmission for a combined output of 354 horsepower.

To make this luxury grand tourer feel more natural and powerful than other Toyota and Lexus hybrids the company redesigned its two-motor hybrid system, mating it to a four-speed automatic transmission that, combined, give the LC 10 forward speeds to play with using titanium paddle shifters mounted to the steering wheel.

The system garners the fuel economy gains of a hybrid while letting the driver feel torque build and eliminating the transmission “rubber-banding,” that makes enthusiasts cringe behind the wheel of a Prius.

One of those electric motors can move the large coupe at low speeds while the second adds power to the gasoline engine at a wider, and higher, range of speeds.

With the 44-kw battery containing 84 cells generating only 1.1 kilowatt-hours of power, the LC 500h is only capable of 4 miles on battery power alone. 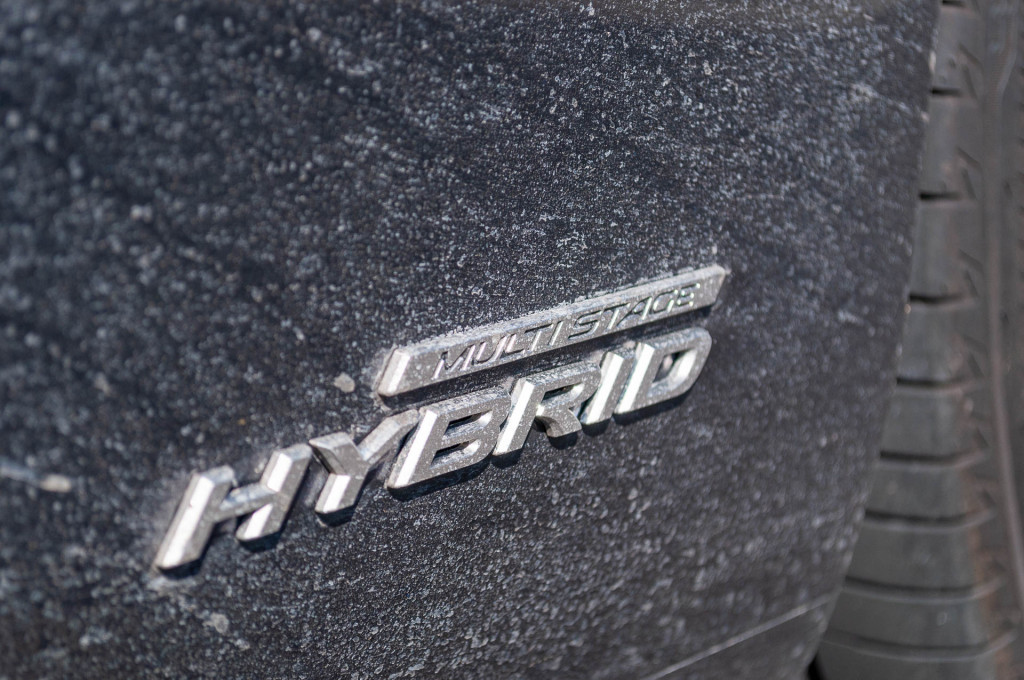 While both the hybrid and non-hybrid LC 500 are sublime cruisers, the hybrid doesn’t provide the same level of aural excitement as the V-8 model. That’s not to say it’s quiet, as Lexus creates a synthetic soundtrack that is surprisingly loud, though at times can be artificially buzzy.

Off the line the hybrid seems to have the same level of punch as the V-8 due to the torque provided by the electric motors, but power drops off quicker than in the non-hybrid model, which builds power from its naturally aspirated V-8 as the revs climb. What’s more, the cabin is incredibly hushed cruising down the highway, even on broken pavement.

Steering is precise though the feedback that comes through doesn’t always give you a clear picture of what’s happening with the wheels.

The Eco, Comfort, Normal, Sport, and Sport+ drive modes mesh the powertrain and suspension into a rhythm, though there’s more noticeable difference in the powertrain performance than the suspension with each mode. 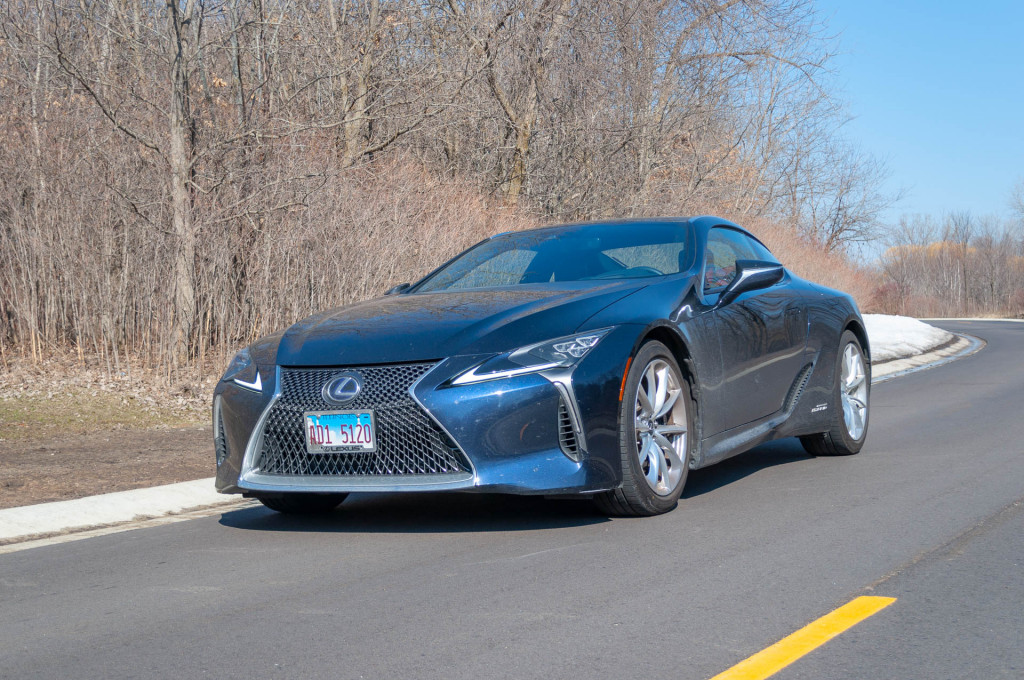 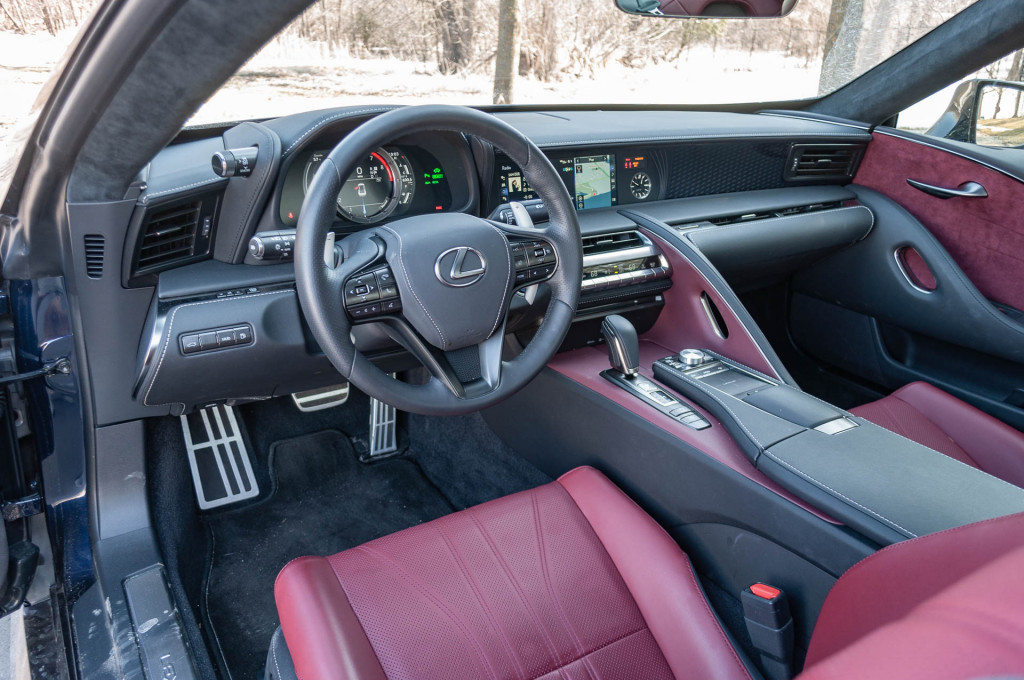 Visually the LC 500h is a treat for the senses. The exterior is a rolling piece of art. Wild and untamed, it looks like a concept car rolling down the road, which is no accident. It’s a spitting image of the LF-LC concept shown at the 2012 Detroit auto show.

Inside the LC 500h is modern and luxurious with a digital instrument cluster, leather-swathed surfaces, Alcantara-covered door panels, and our tester featured semi-aniline leather-trimmed front seats with an Alcantara headliner. 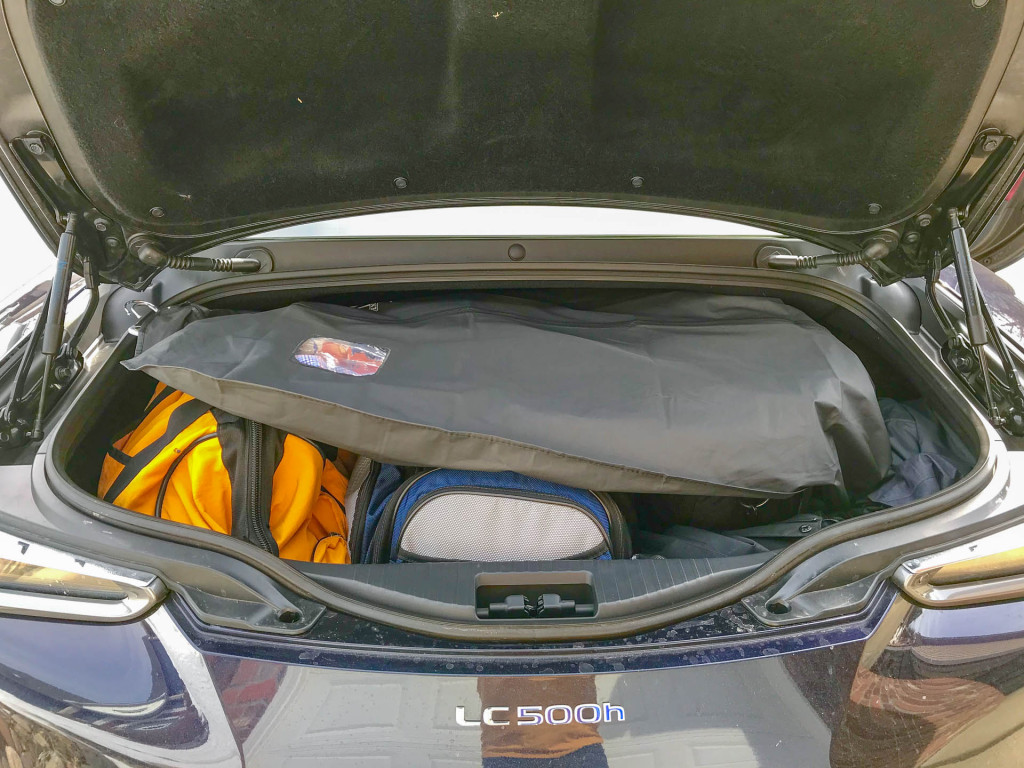 At just 4.7 cubic feet, the trunk isn’t exactly canveronous. It’s a tight fit, but a wedding weekend for two is doable. If more cargo room is needed there’s always the rear seats; they aren’t habitable by humans anyway.

What’s more, today it’s in a class of its own as a luxurious grand touring--hybrid.