It's a single teaser shot, obviously of a Chevy front end, with unmistakable design nods to the Camaro muscle car.

But the image of the Chevrolet FNR-X concept, to be unveiled at the Shanghai auto show less than two weeks hence, may be the first clue to some new GM plug-in hybrid offerings in the future.

Along with a plug-in hybrid version of the upcoming small Cadillac XT4 crossover, it may expand the company's Volt-based hybrids and plug-in hybrids into a thriving segment: all-wheel drive crossover utility vehicles.

DON'T MISS: Is 2019 Cadillac XT4 crossover the next plug-in hybrid for luxury brand?

In February, we saw spy shots of a camouflaged test mule for the upcoming XT4 that included a plug port on the left front fender.

Now, even before the information lands on GM China's media site, the Australian outlet CarAdvice has the teaser photo of the Chevrolet FNR-X concept.

While there was a previous Chevrolet FNR concept shown at the Shanghai show two years ago, it was a wild design exercise better suited to a sci-fi move than production. 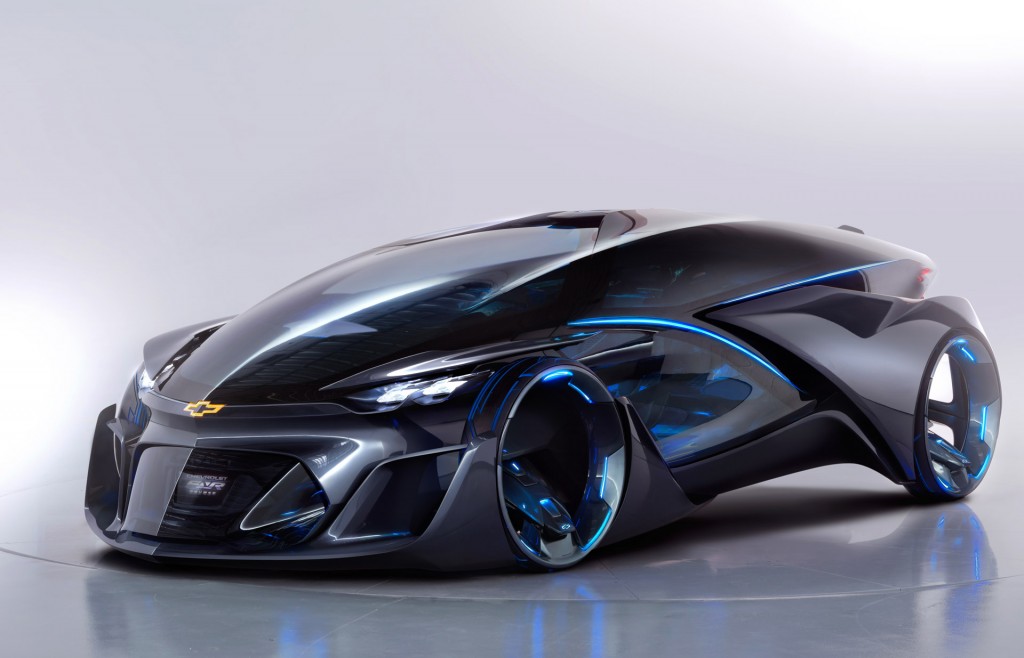 The FNR-X, however, will be either a disguised version of a future production vehicle or a design study for such a car.

That five-door hatchback, slightly chunkier than the current Volt (to be sold as the Buick Velite 5 in China), bore little resemblance to any vehicle currently on sale in the Buick lineup either in China or North America.

Buick said the flowing lines and sculpted rippling curves of the low, aerodynamic hatchback were influenced by flowing water, and reflected a new design language for the brand. 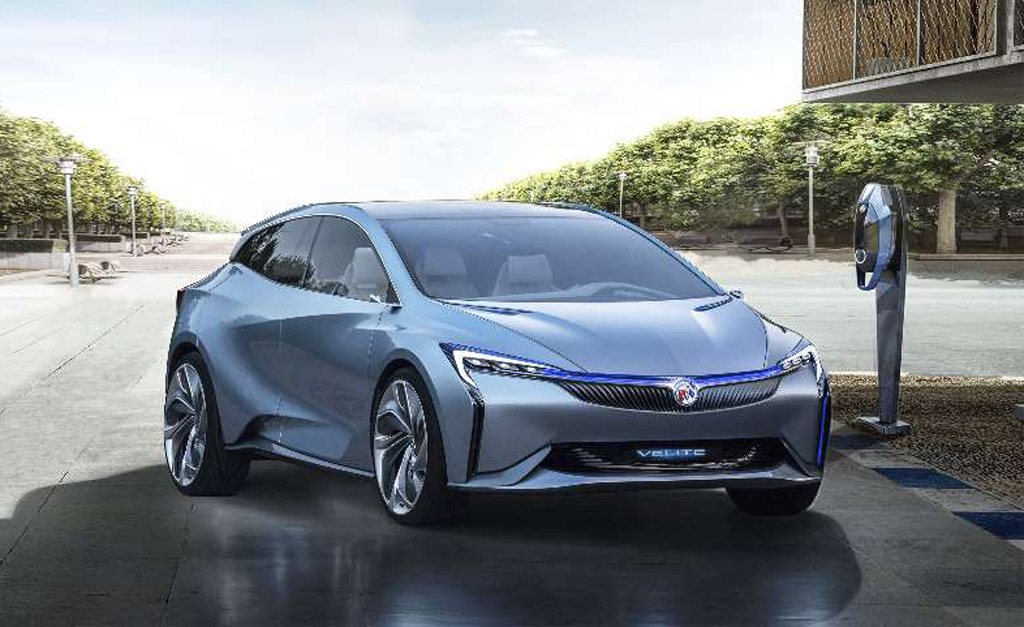 While we know little about the upcoming Chevrolet FNR-X, we do know it will have a plug-in hybrid powertrain.

(It will also, apparently, be able to sense the driver's "mood" and adapt its driving mode accordingly.)

That means it will almost surely have a variant of the current Volt powertrain, now used not only in the Volt but also the Cadillac CT6 Plug-In Hybrid luxury sedan and the Chevrolet Malibu Hybrid.

Chinese auto outlets have reported that the production version of the FNR-X will be built there by Shanghai-GM, for the domestic market.

It remains to be seen whether it is also built in North America for the U.S. and Canada—but if it were launched for, say, the 2019 model year, it could give Chevy the first mass-priced plug-in hybrid with all-wheel drive. 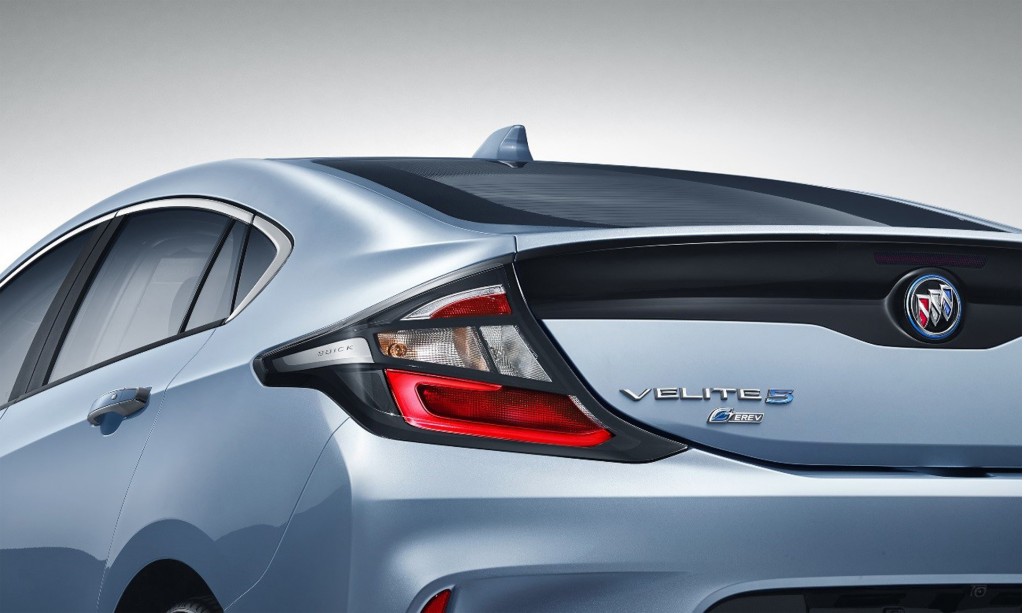 Compact crossover utilities are the hottest segment of the U.S. market now, while sedans and hatchbacks languish on dealer lots. Yet the only plug-in hybrid SUVs on the market come from pricey luxury brands: BMW, Mercedes-Benz, and Volvo.

Not only did Chevy renew its "CrossVolt" trademark in December 2014, it showed a concept car called the Chevrolet Volt MPV5 that was essentially a five-seat Volt tall wagon or crossover utility—fully seven years ago.

The Volt MPV5 appeared only at the April 2010 Beijing Motor Show. But it has continued as a reference point among Volt owners to show how Chevy might add a model that could prove greatly appealing in a very popular market segment.

And development on all-wheel-drive plug-ins has continued: in 2013, "mule" vehicles, based on the Chevy Orlando tall wagon sold in Canada (but not the U.S.), were spotted for a taller vehicle that appeared to use the Voltec powertrain. 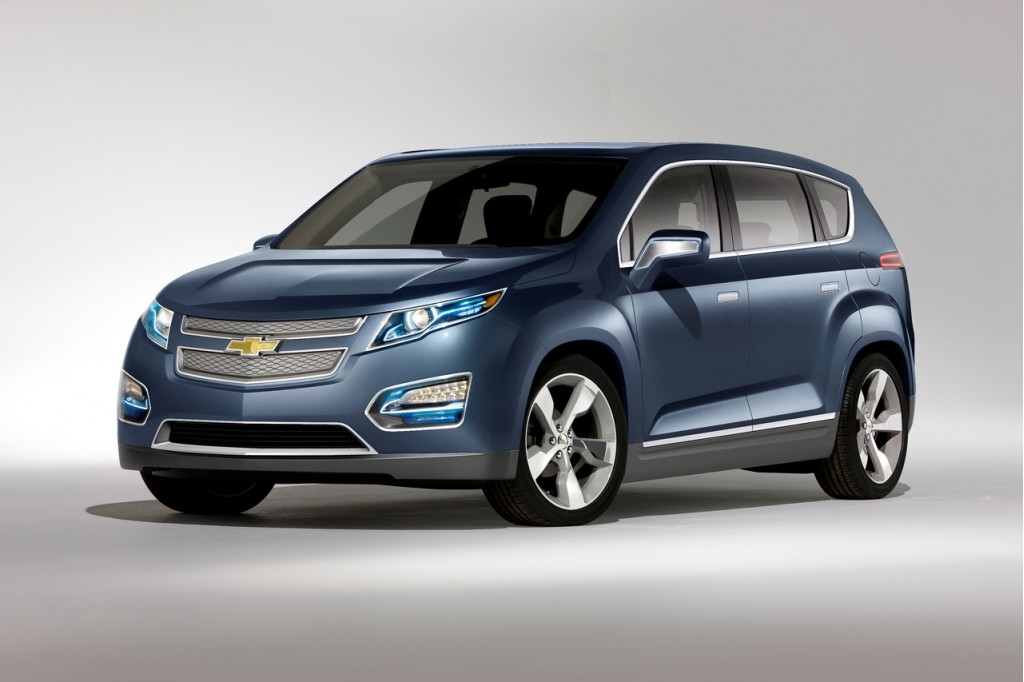 Oh, the model name on the concept: FNR-X?

The wraps will come off the FNR-X concept on April 19.