The Nikola Motor Company is another vehicle manufacturer named after Nikola Tesla, but unlike a certain automaker in Silicon Valley, it plans to concentrate on electrified commercial vehicles.

In May, Nikola (pronounced NEEK-oh-la) announced plans for a range-extended electric Class 8 commercial semi truck, and it will be shown to people outside the company for the first time at a media event in Salt Lake City tonight.

Called the Nikola One, it was originally described as using natural-gas turbines to generate electricity, but Nikola subsequently said that U.S. and Canadian versions would use hydrogen fuel cells instead.

Scheduled to start production by 2020, it is powered by six electric motors, which will provide over 1,000 horsepower and 2,000 pound-feet of torque.

Nikola claims that is nearly double the amount of any diesel semi truck currently on the road, although it is also lower than the 2,000 hp and 3,700 lb-ft quoted by the company earlier this year.

That power is sent to the wheels via a two-speed transmission. 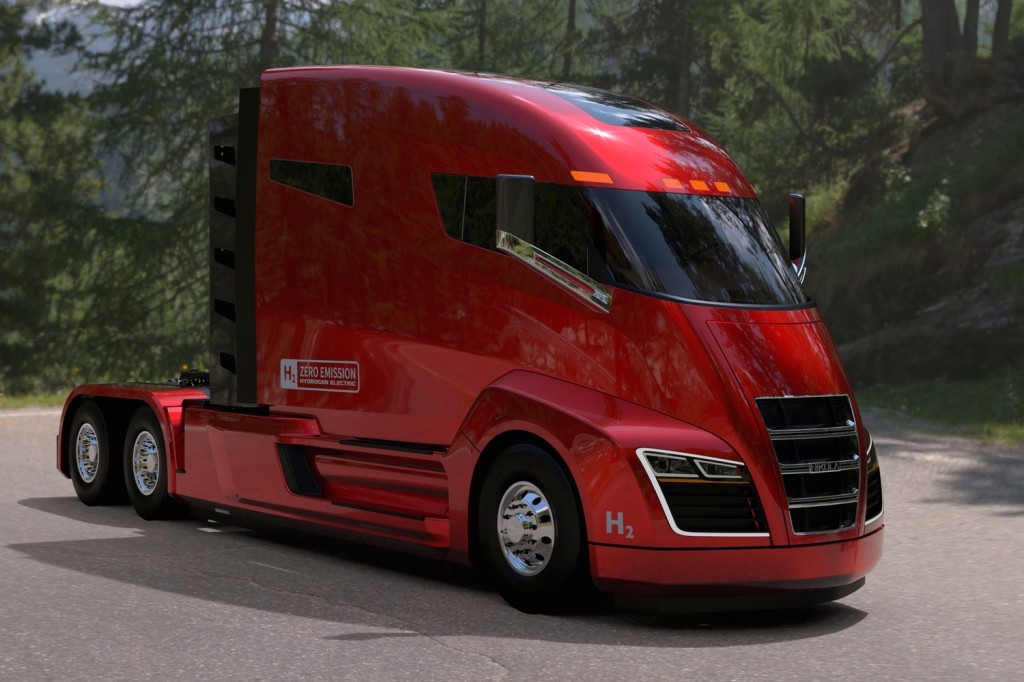 Nikola quotes a range of 800 to 1,200 miles between hydrogen fill-ups, and the truck's 320-kilowatt-hour lithium-ion battery pack can also be recharged by plugging in.

However, Nikola expects the fuel cells to be the main power source.

To provide hydrogen for those fuel cells, Nikola has said it will build a network of hydrogen stations.

Nikola previously said hydrogen will be produced using solar farms generating 100 megawatts or more of electricity apiece that it will construct.

Given the underdeveloped state of U.S. hydrogen-fueling infrastructure, a network of Nikola-owned fueling stations may be the only option to make the Nikola One a viable option for haulers. 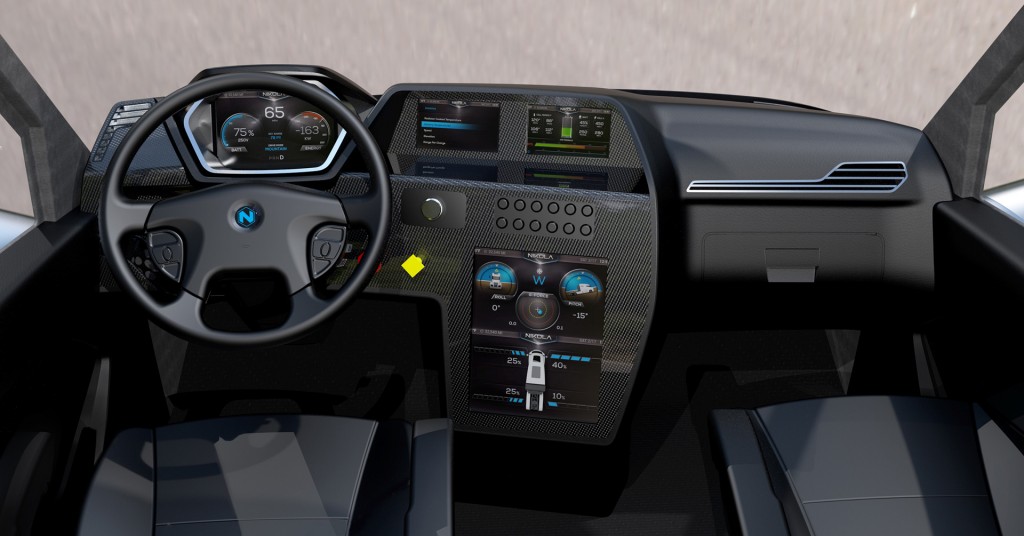 But building a network along major highways to support a fleet of over-the-road trucks is somewhat less daunting than creating one dense enough to make hydrogen practical for drivers of passenger vehicles.

Nikola plans to begin construction of the fueling-station network by 2018, ahead of the 2020 production-start date for the Nikola One.

CHECK OUT: How to turn long-haul trucking all-electric? Tractor swapping!

The company says it is currently in talks with multiple states about hosting a factory, and will make a final decision in the first half of 2017.

Nikola plans to offer trucks to operators through a 72-month leasing program that includes unlimited hydrogen and scheduled maintenance. 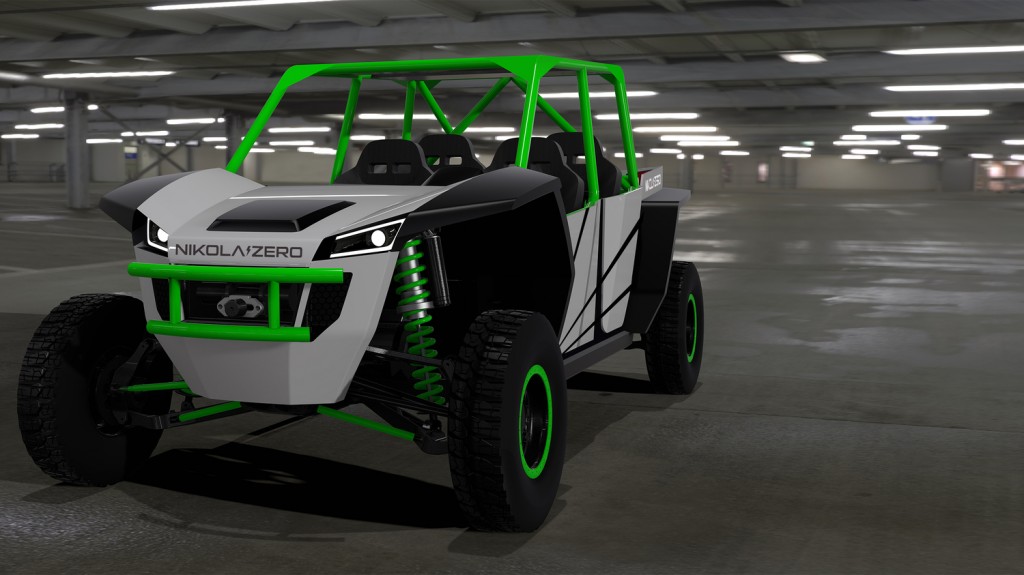 It previously quoted a base price of $375,000 for the truck, including a refundable $1,500 deposit for early orders.

In addition to the Nikola One, Nikola also plans to build an electric off-road vehicle called the Nikola Zero.

While it originally quoted a 50-kilowatt-hour battery pack, Nikola now says the vehicle will have a 107-kWh pack, which will weight 1,000 pounds.

That will allow for a range of over 300 miles, according to Nikola, which also plans to begin selling similar battery packs as standalone items beginning in 2017.