To say three-wheeled vehicles are rare in the North American car market would be an understatement.

Traditionally, motorcycles have two wheels, and passenger cars and light trucks have four.

But Elio Motors wants to change that with its three-wheeled car, which it says will be offered for $7,300 (previously $6,800) and achieve 84 mpg on the highway.

The challenge is that cars with three wheels fall into a grey area in most states, since Federal Motor Vehicle Safety Standards apply only to those with four wheels.

As a result, drivers of three-wheeled vehicles are considered to be riding motorcycles in many states, and hence could be required to wear helmets in some of them.

Which is appropriate for motorcycles, but less so for enclosed passengers cars. 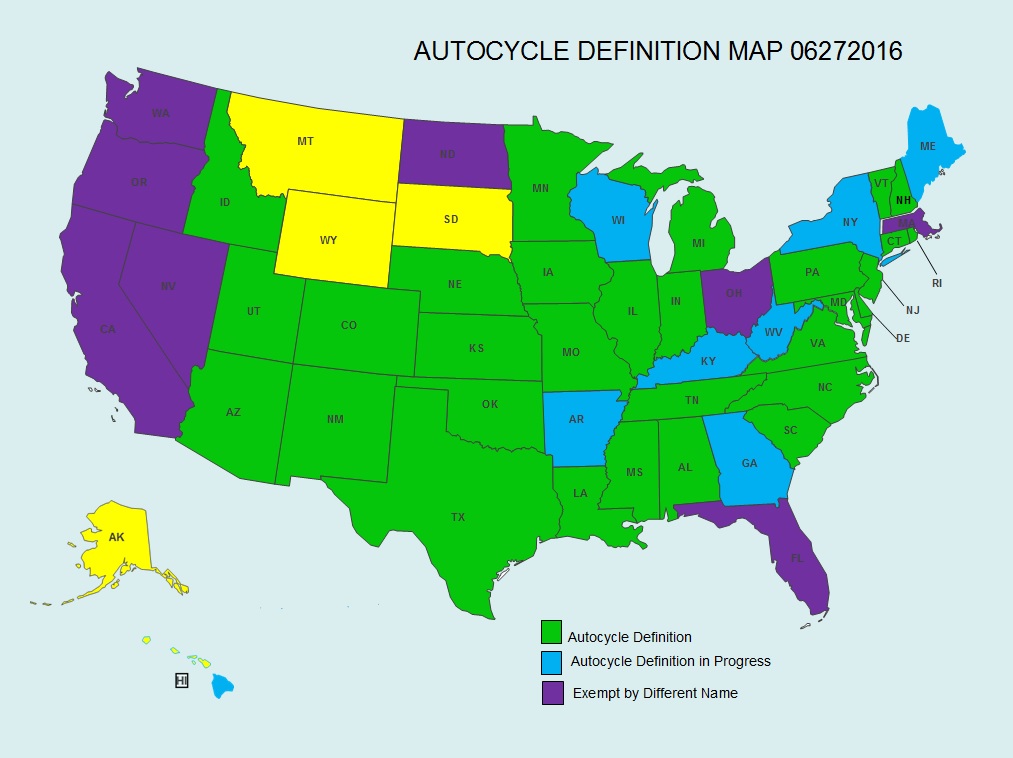 Moreover, some states may not only view three-wheeled cars as motorcycles but also require a motorcycle license to pilot them. That's a huge sales disincentive, to say the least.

Which is where the concept of an "autocycle" comes in. Quietly, with little notice, Elio Motors has been working on three separate legislative tacks.

The first is to get an enclosed three-wheeled vehicle adopted as a separate vehicle category; the second is to eliminate helmet laws for occupants; and the third is to ensure that a motorcycle license isn't required to operate one.

In the absence of a U.S. federal law that would supersede individual state regulations, Elio has been working state by state to eliminate such laws.

It has largely succeeded on the helmet front, according to Elio's Joel Sheltrown

While helmets were required to pilot an Elio in seven states when the company launched, now they're required only in West Virginia (and for drivers under a certain age in five other states). 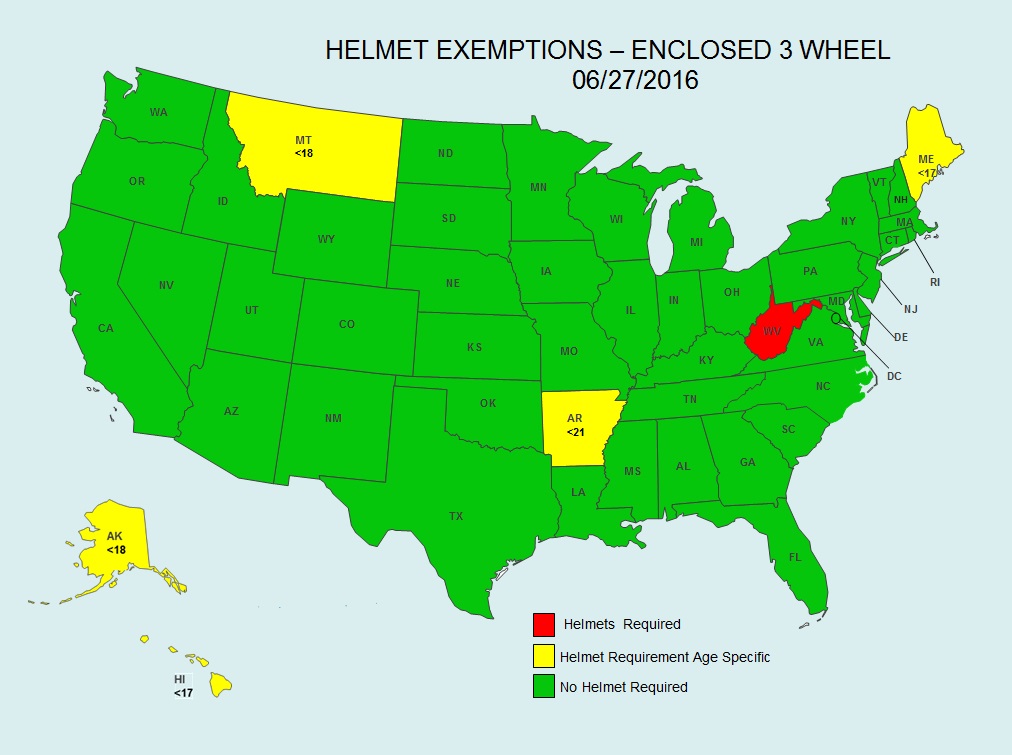 Those that do, Sheltrown said, tend to have fewer people in them, including Hawaii, South Dakota, and Wyoming, so offer less market opportunity for the company.

New York is the only remaining state with a large population in which operating an Elio "technically" requires a motorcycle license, and two bills are in process to address that.

Because the New York State Legislature will not reconvene until January, no action can be taken on those bills until next year.

Sheltrown provided national maps showing state-by-state requirements for helmets and motorcycle licenses, and the status of a separate autocycle definition for each state. 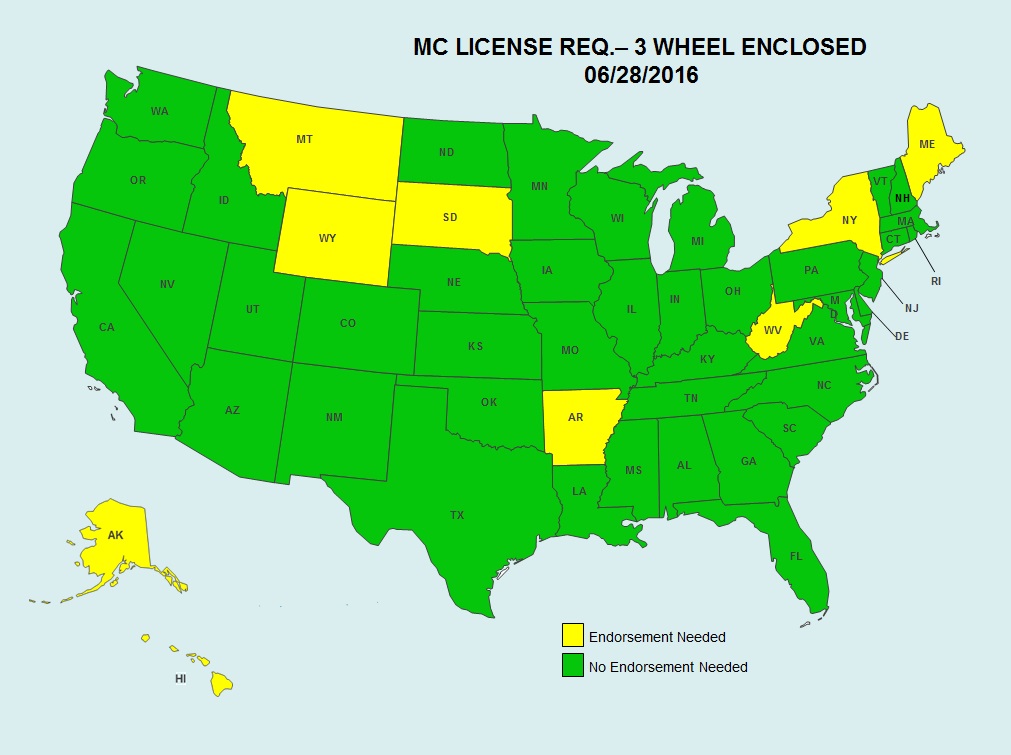 That bill would create a new classification of "autocycle" for an enclosed motor vehicle with three wheels—and eliminate state laws that treated such vehicles as motorcycles.

That legislation would require autocycles to include airbag protection for occupants, three-point safety restraints, and anti-lock brakes. It would also subject them to Corporate Average Fuel Economy Standards.

The Vitter bill has not been passed by the U.S. Senate thus far.

And it is not at all clear that the NHTSA would like such a definition, since it may be moving in a different direction altogether.

Canada already has its own definition of a Three-Wheeled Vehicle category, which requires appropriate safety standards, eliminating any helmet or motorcycle license requirements.