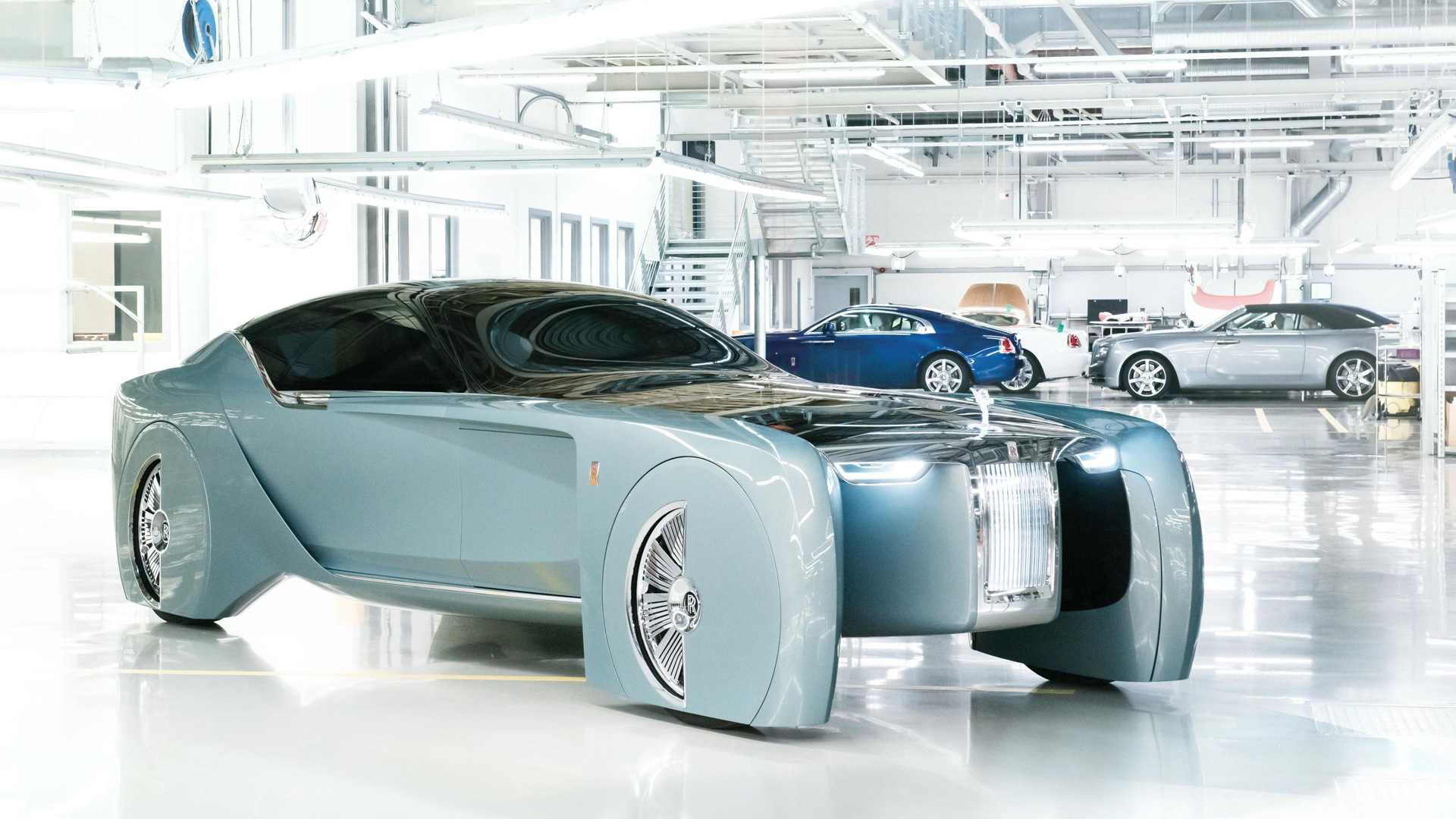 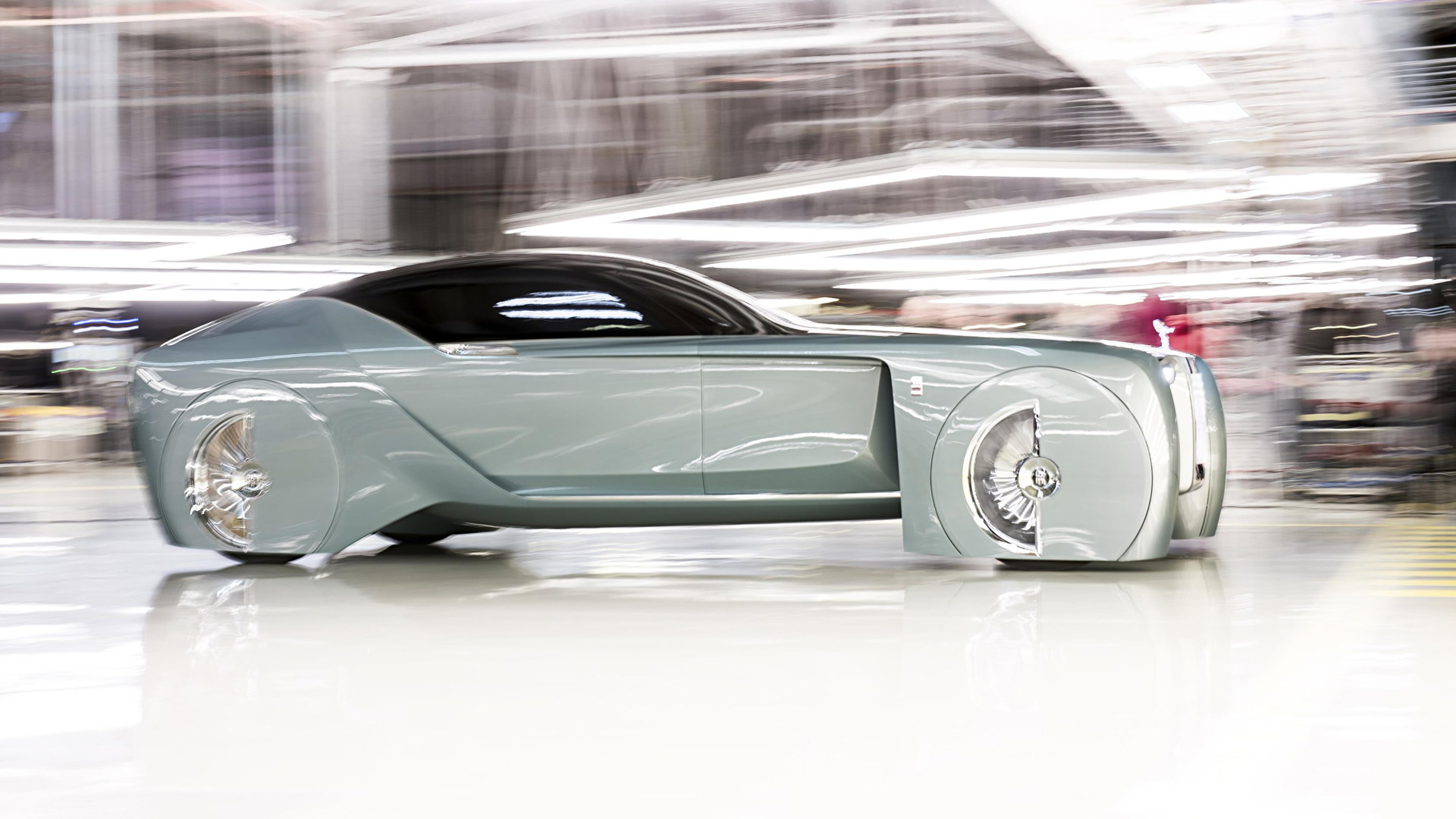 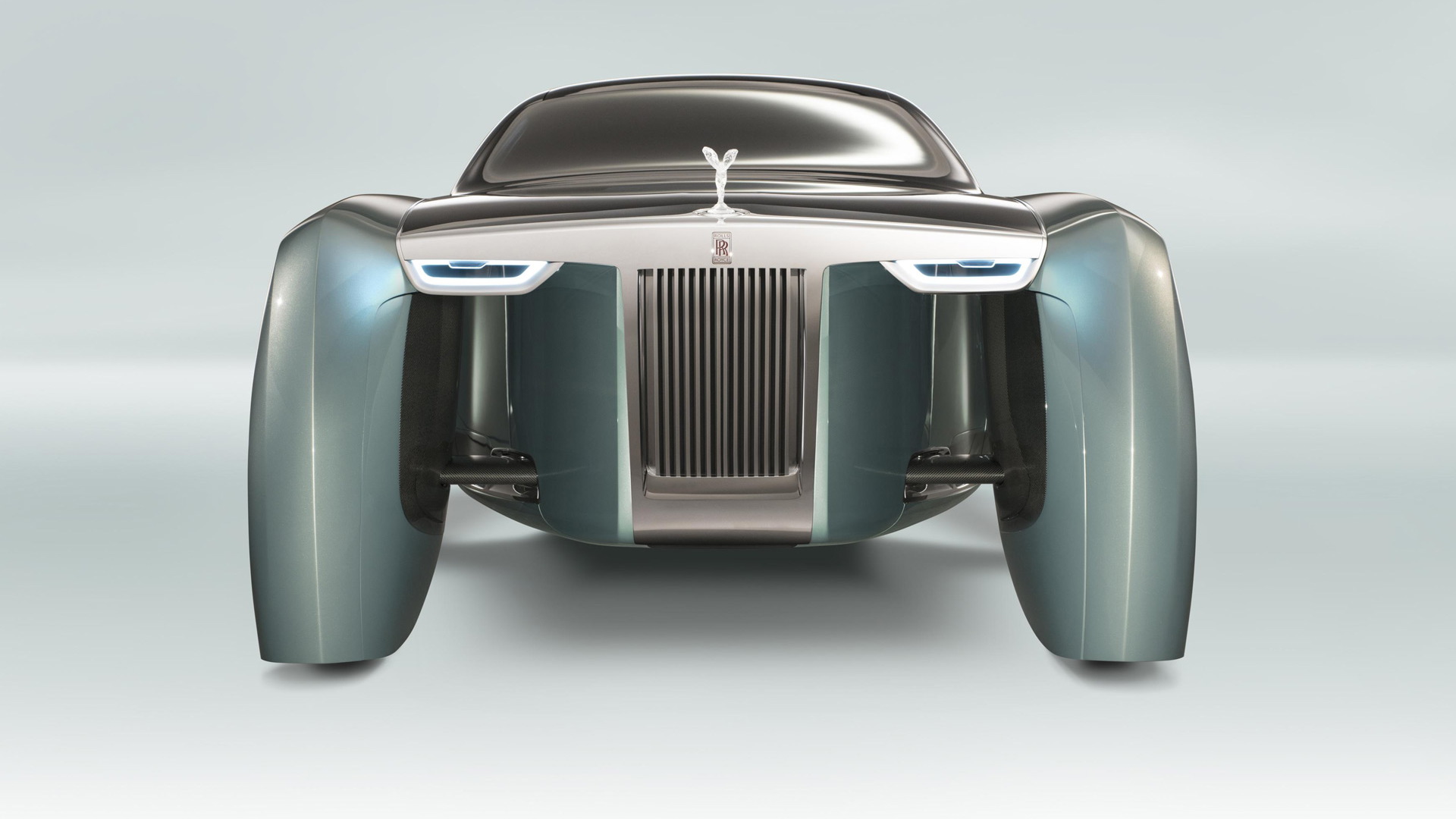 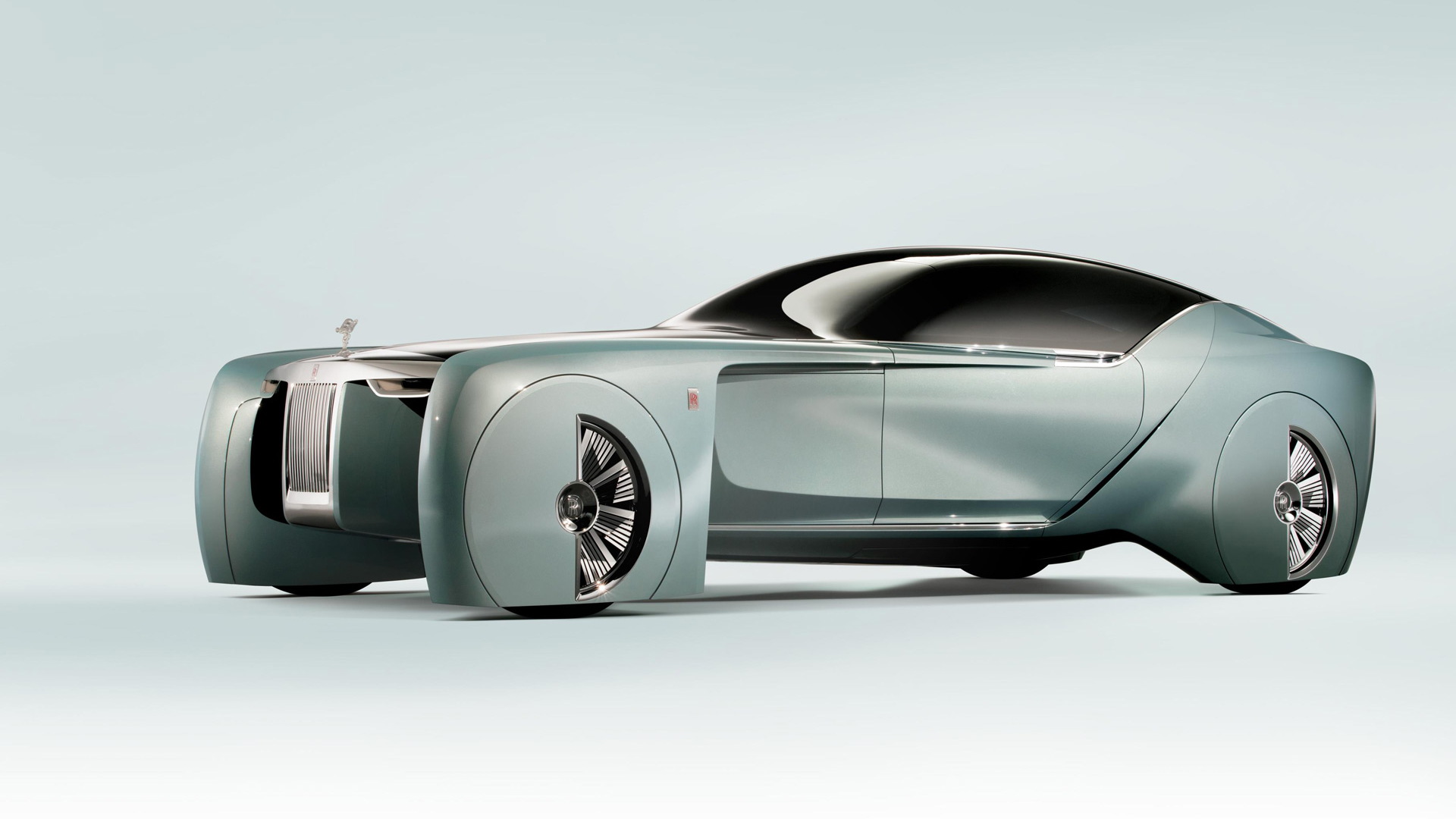 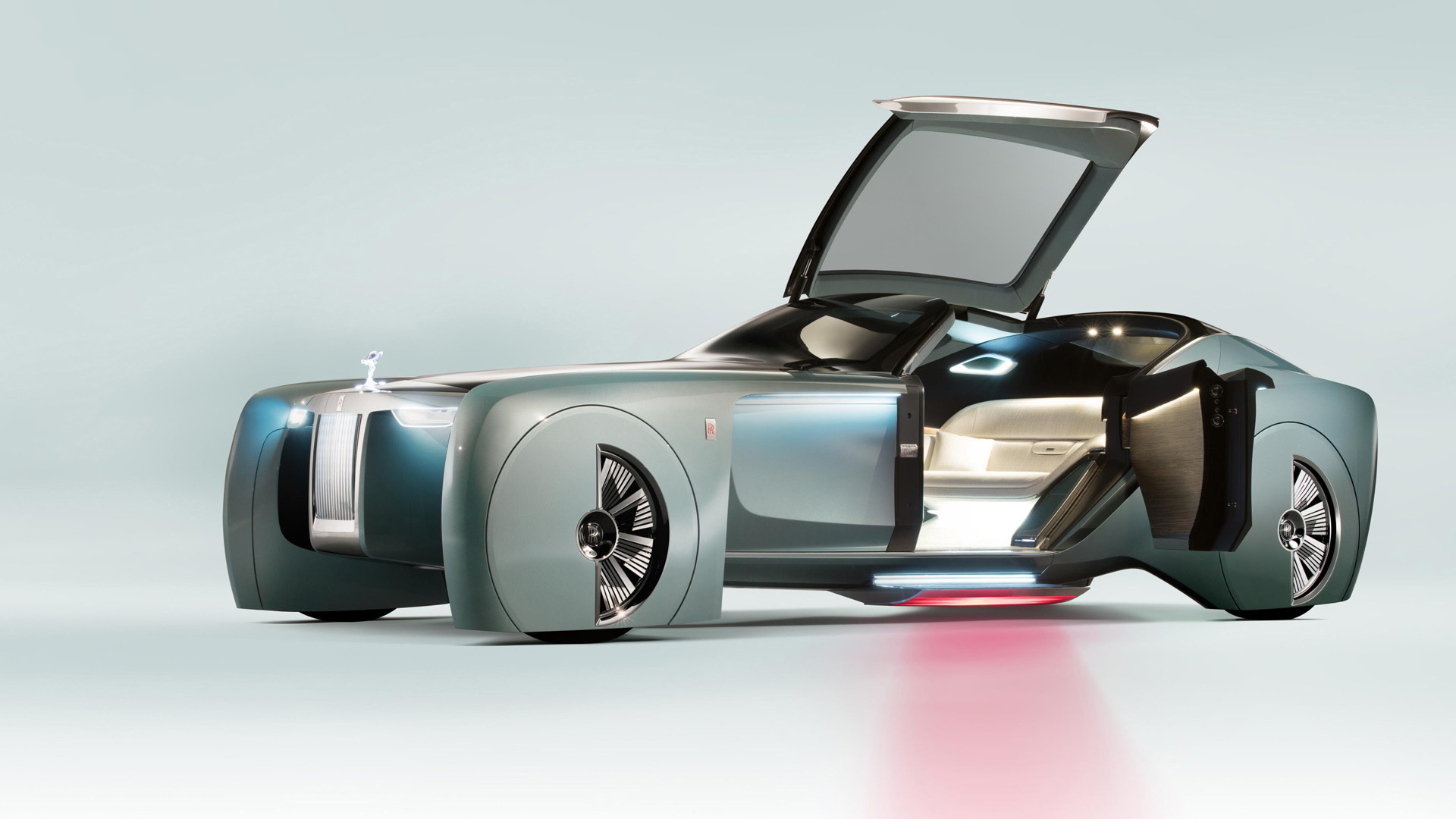 10
photos
How will the design of luxury cars evolve over the next 100 years?

BMW is celebrating its 100th anniversary this year, and to mark the occasion it made futuristic concept cars for not only its own brand, but for subsidiaries Rolls-Royce and Mini as well.

All three wear the "Vision Next 100" name, referencing BMW's intent to predict the direction car design will take over the next century.

The Rolls-Royce Vision Next 100 concept attempts to blend an electric powertrain and autonomous driving with some of the British luxury carmaker's more traditional design elements.

Also known as the 103EX in keeping with Rolls' naming tradition for factory experimental cars, the concept is a large coupe that stretches more than 19 feet in length.

The concept has radically different styling from any current Rolls—or virtually any other current production car—with front wheels housed in their own fairings separated from the body. 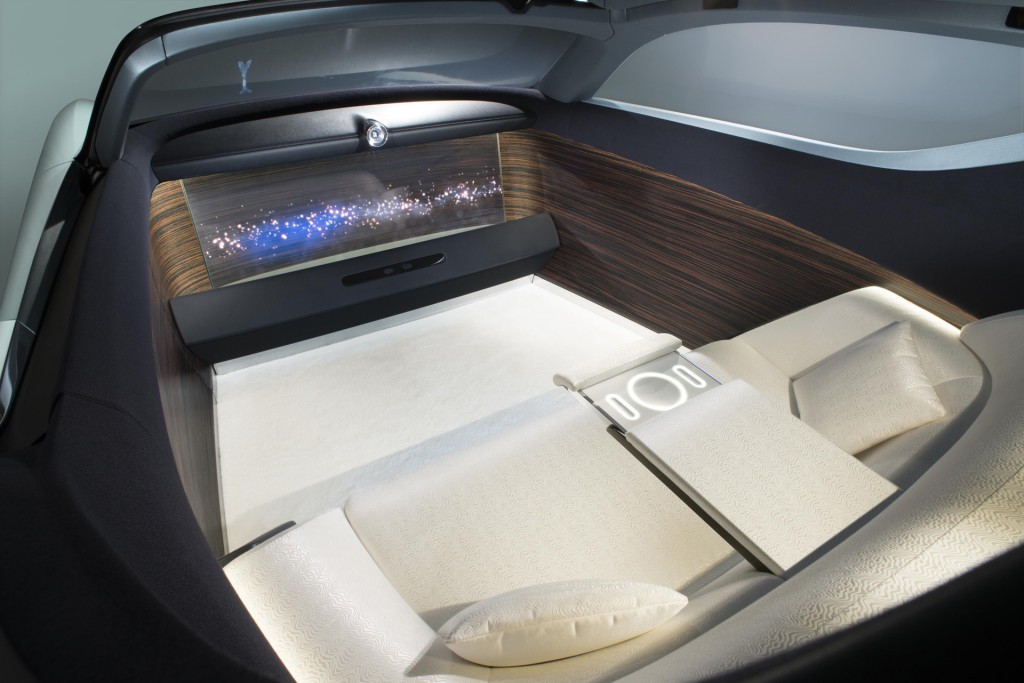 Rolls would not divulge specifics of the car's electric powertrain, but noted that the body is made from composite materials to save weight.

Many Rolls owners are likely used to being driven around, but in the Vision Next 100 computers take over that job from human chauffeurs.

There are no manual controls at all; instead the interior consists of a OLED display at one end, and a couch-like bench seat at the other.

The car is also equipped with a virtual assistant that gets to "know" its owner, and can help with tasks like making restaurant reservations or organizing a person's schedule.

When it's time to step out of the lounge-like interior, the door opens rearward—just like in current Rolls models—while a section of the roof lifts up to create a larger aperture.

As if that wasn't theatrical enough, the car also illuminates a path in red light, creating a high-tech red carpet. 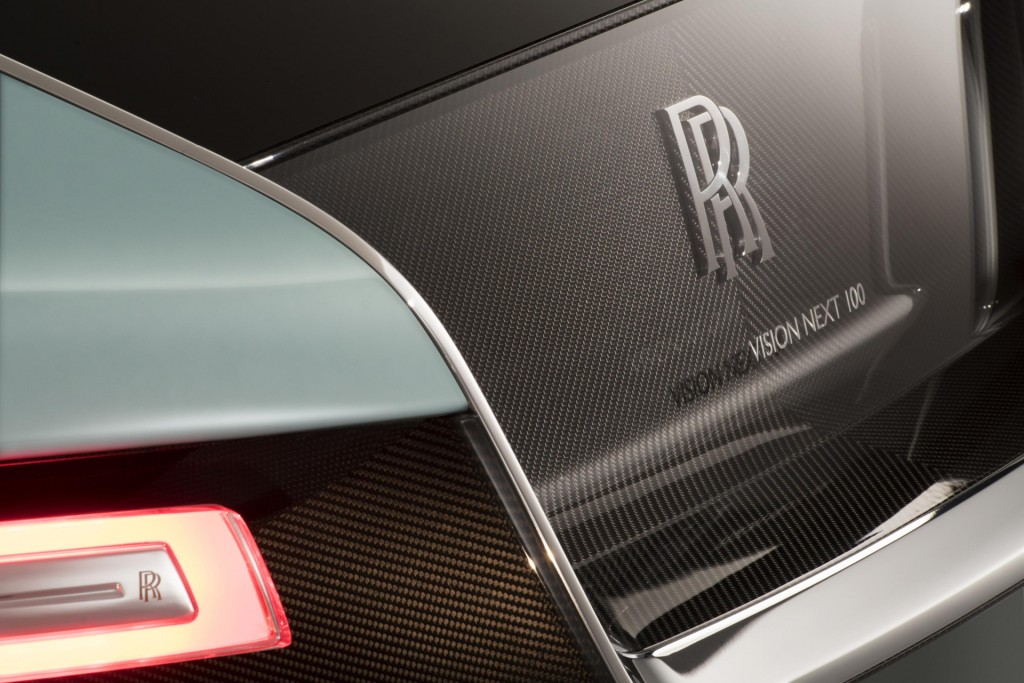 The Vision Next 100 is purely a design exercise, and isn't intended for production.

But Rolls has considered building an electric car before.

In 2011, the carmaker unveiled the 102EX, an all-electric version of the Phantom sedan.

Rolls demonstrated the car to potential customers, whose complaints about inadequate range and other issues ultimately led to the project being scrapped.