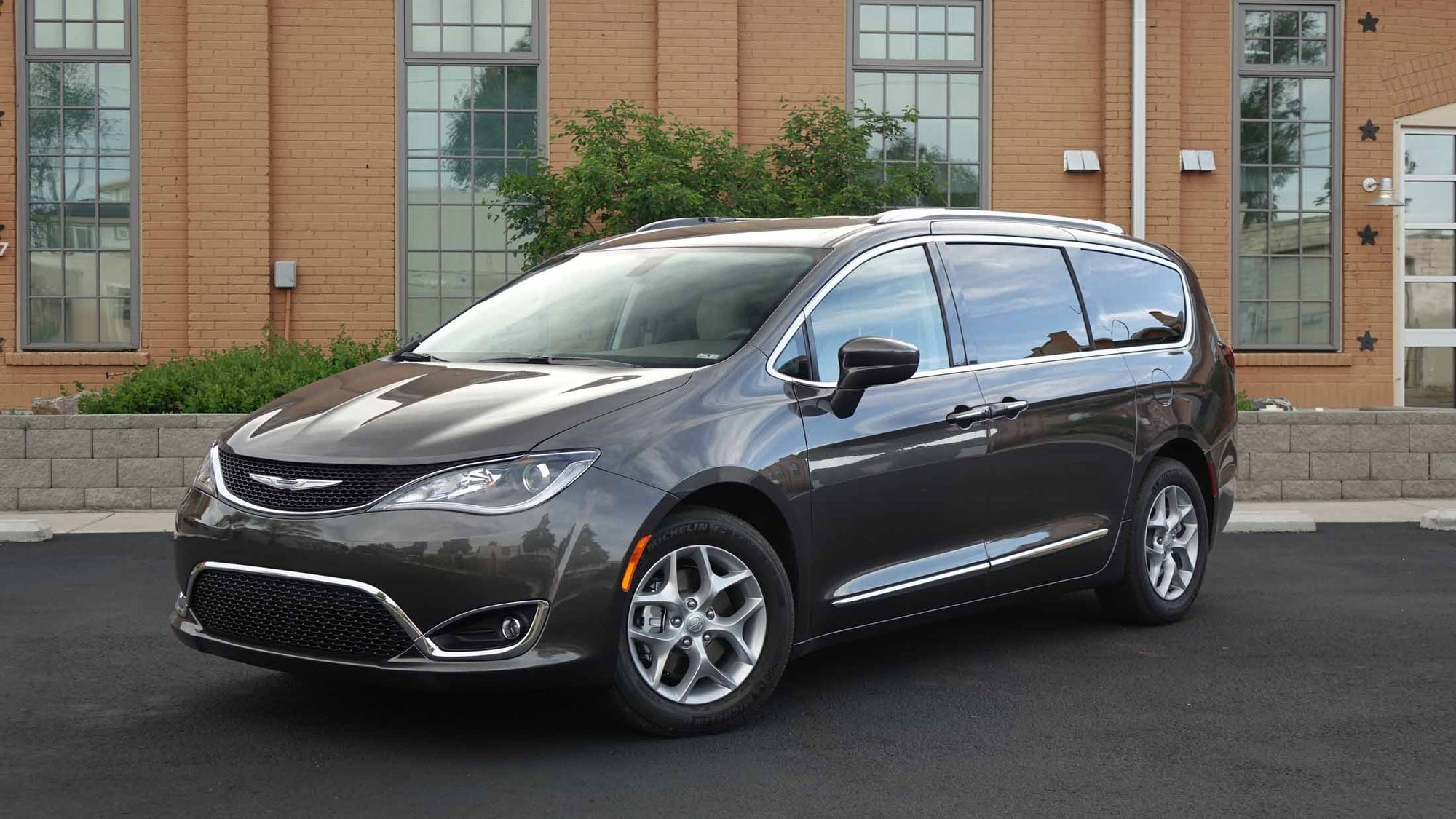 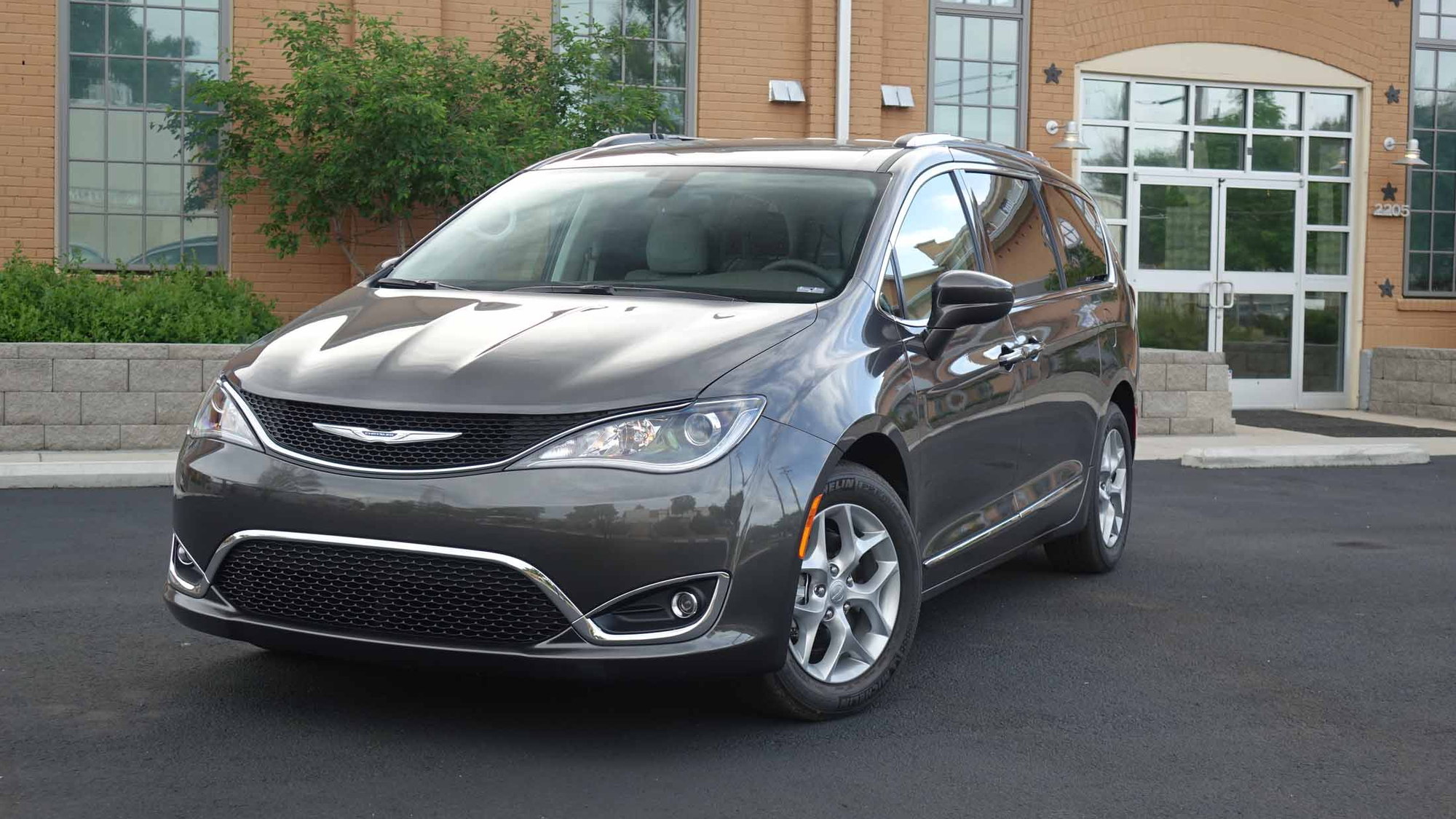 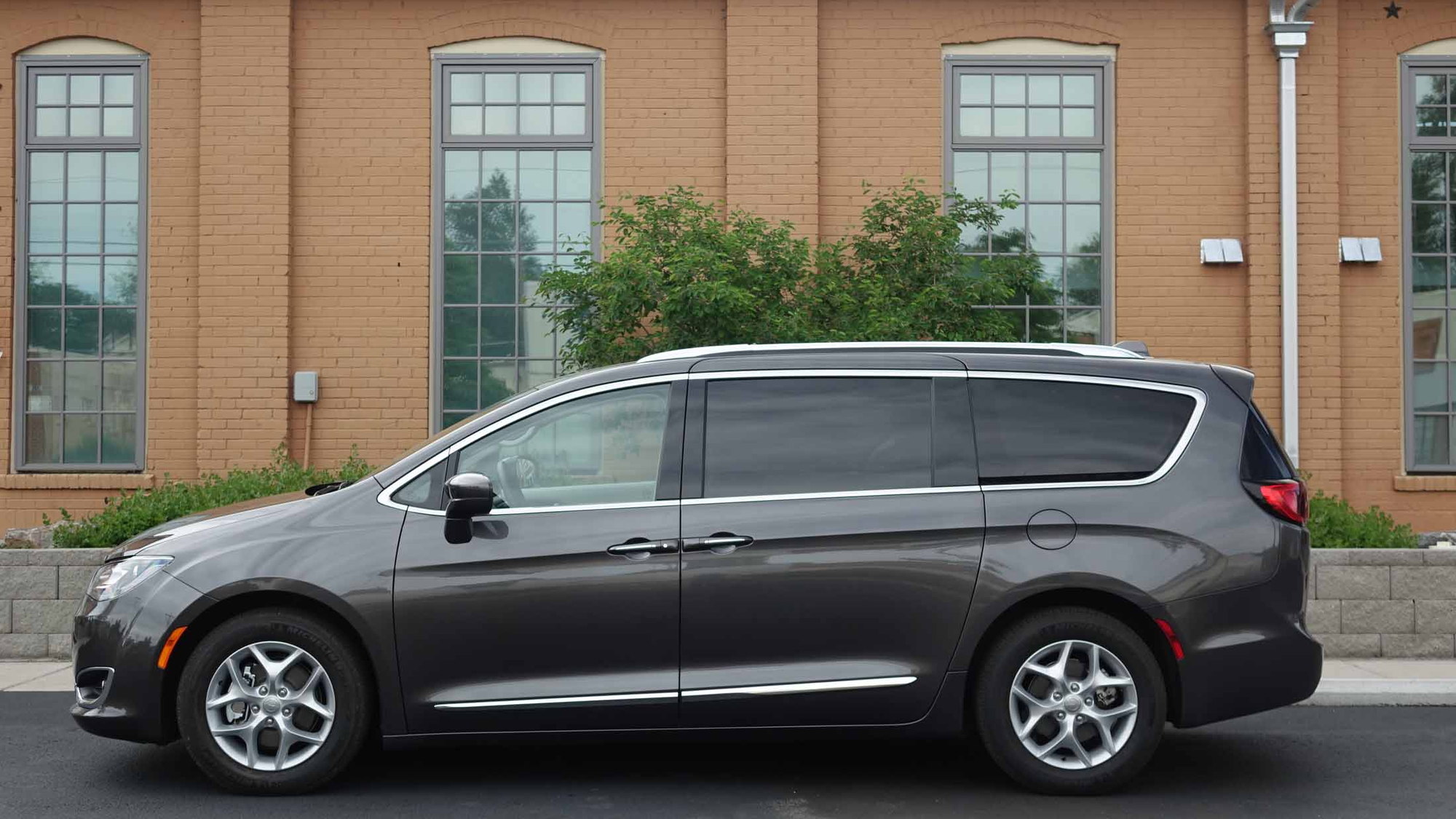 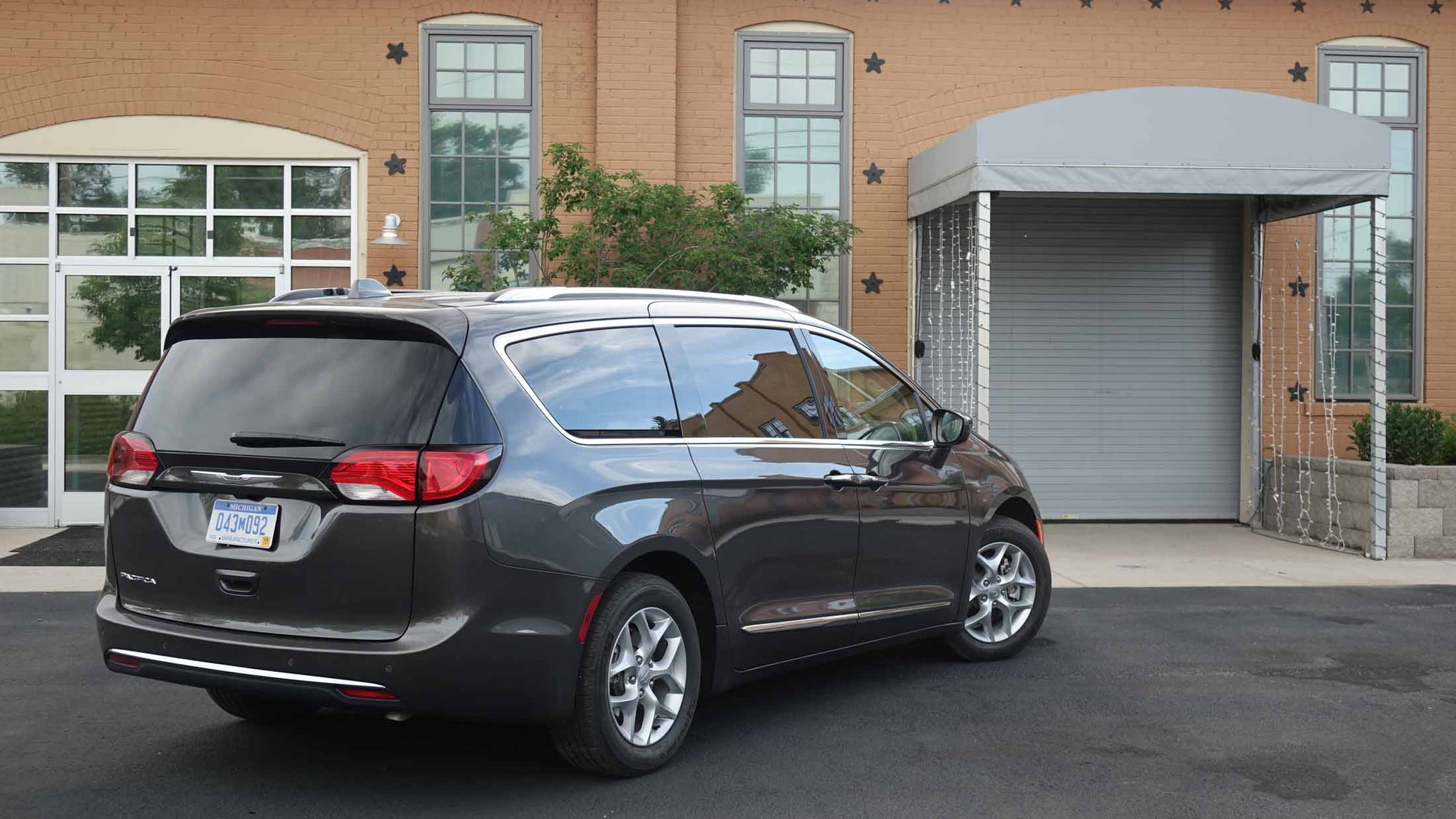 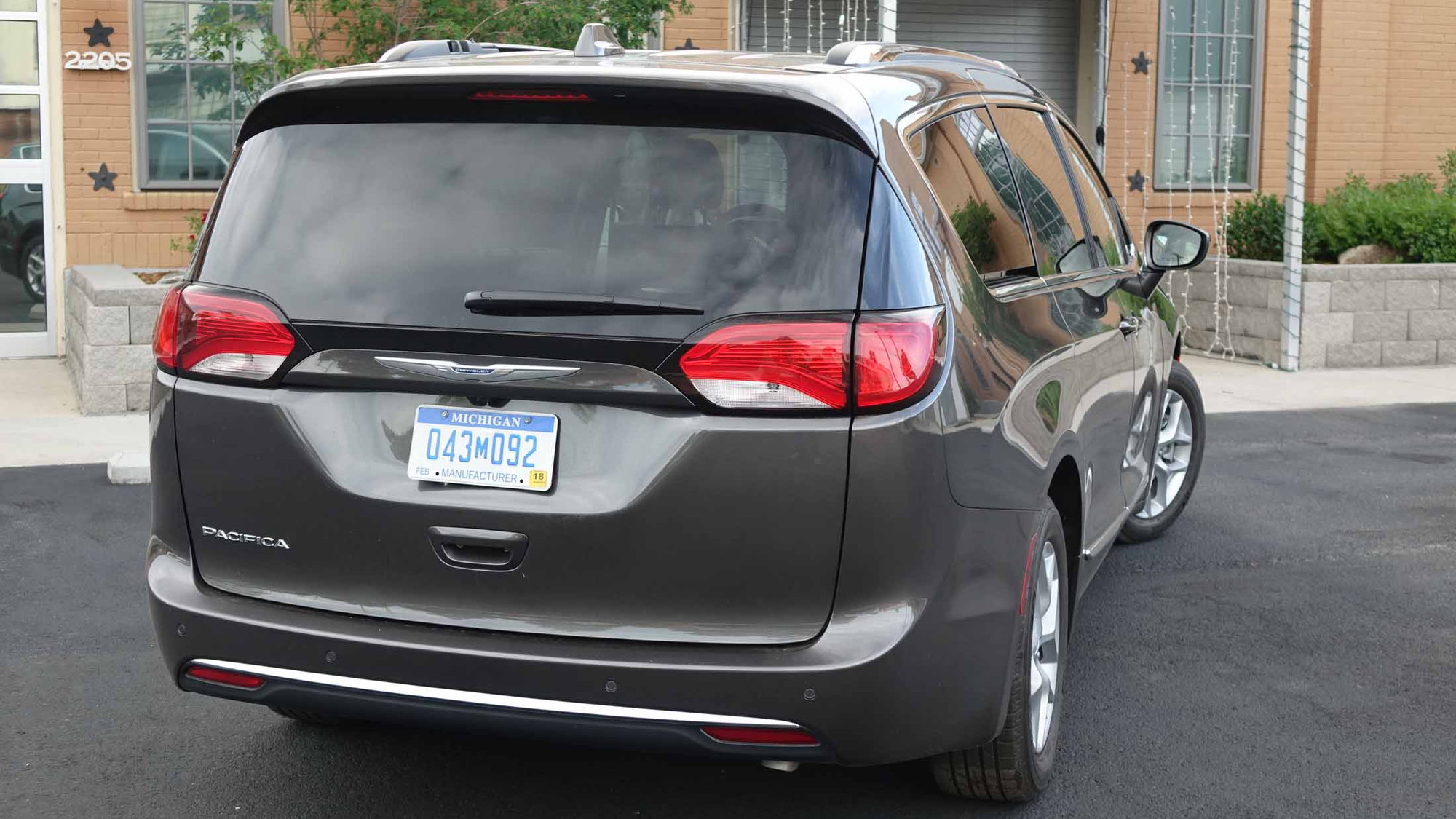 That's just what happened for the company that invented the multi-purpose vehicle more than 30 years ago.

After 25 years of dominating the minivan segment, Chrysler in 2008 effectively gave it away to Honda when those below-average vehicles hit dealer lots.

One bankruptcy and government-backed restructuring later, several owners, and quite a few executives later, the Chrysler of today (now Fiat Chrysler Automobiles) is nothing like it was in the fall of 2007.

And, it turns out, neither is its minivan.

We were skeptical when Chrysler decided to abandon its existing two-tier minivan strategy and focus on just a single, all-new model

For 20 years, the Town & Country had been the high end model, while the Grand Caravan was for the mainstream.

Not only that, the new minivan was to be sold under the revived Chrysler Pacifica nameplate.

ALSO SEE: Chrysler CEO not a big fan of EVs

After just a block behind the wheel of the new one, it is safe to say that Chrysler has its minivan mojo back.

The new 2017 Chrysler Pacifica really is that good.

And that's even before its plug-in hybrid version, with a projected 30 miles of all-electric range, hits showrooms late this year or early in 2017.

For starters, the Pacifica shares very little with its predecessors other than a 3.6-liter V-6 engine—which was, let's be honest, one of the few good things about the old vans.

Now, that 287-horsepower engine is mated to a 9-speed automatic transmission that sends power to the front wheels exclusively.

In our test car, over about 220 miles of largely highway driving, the trip computer displayed 28 mpg, matching the EPA estimate.

A reset of the computer before a couple of days of urban stop-and-go slogging saw the number drop to 17 mpg, still a respectable figure for a van that can haul seven passengers in comfort.

Thus far, Chrysler hasn't said much at all about the fuel economy or energy efficiency of the plug-in hybrid version—which will be known just as the Pacifica Hybrid.

The 2017 Chrysler Pacifica comes in a host of trim levels, with our Touring L Plus checking in as the second-highest model.

At $42,270 as tested, it was well-equipped with a 20-speaker Harman Kardon audio system, heated leather seats for the front two rows, a Blu-Ray player with dual rear-seat monitors, navigation, USB ports scattered throughout the cabin, and 18-inch alloy wheels.

It did, however, lack both adaptive cruise control and a forward-collision warning system, active-safety features that are bundled together as a single option.

On the road, the Pacifica is a reminder of just how brilliant vans are for vacationing families.

We took our test Pacifica on a camping trip about 90 minutes away from home, and found it to offer plenty of room for two bicycles, sleeping bags, a tent, pillows, a cooler, and more.

Other than a hint of road noise, it was a quiet highway companion with terrific straight-line directional stability and good power for climbing grades or passing on a two-lane road.

Pacifica's all-new structure is rock solid, with nary a creak nor a groan making its way into the cabin.

Despite the sportier Touring suspension fitted to our test car—part of a $895 package that includes 18-inch (versus standard 17-inch) wheels—the Pacifica rode softly and comfortably even over bad pavement.

Standard electric power steering doesn't deliver much feel through the wheel, but the Pacifica cornered more confidently than most crossovers on a winding two-lane road.

One demerit, however, is the lack of optional all-wheel drive. The Pacifica suffers from modest torque steer—a lightness and a tugging of the steering wheel under hard acceleration—that could be negated if it sent power to each corner.

Available all-wheel drive could also boost its popularity in snowy climates, where buyers may be more likely to end up in a crossover that lacks the Pacifica's tremendously flexible interior.

It is precisely that interior, however, where Chrysler has really gotten back into the game.

Packaging has always been a Chrysler strong suit, and the Pacifica truly delivers. Small-item storage space is plentiful, and all three rows have plenty of USB inputs.

Chrysler's innovative Stow-n-Go system, which allows both the second and third rows of seats to tumble into the floor to provide a fairly flat load space, is back.

The rearmost row disappears easily, but the second-row captain's chairs on our tester required a two-step system.

First, you press a button that moves either front seat all the way forward. That provides enough clearance for the second row to be folded into the floor.

Given that most owners won't be doing this on a daily basis, two steps hardly seems an inconvenience.

To our surprise, we actually liked sitting in the Pacifica's second row the most.

The captain's chairs suffer from thin padding, but there's plenty of leg room and the high-resolution video touchscreens are a real boon.

Each has its own USB and HDMI inputs and Chrysler even thought to include some games.

Coolest of all: a "trip tracker" just like on airplanes, that lets second-row passengers follow the Pacifica's progress along the route entered into the navigation system.

That's innovative, and a feature that no other vehicle—minivan or not—offers.