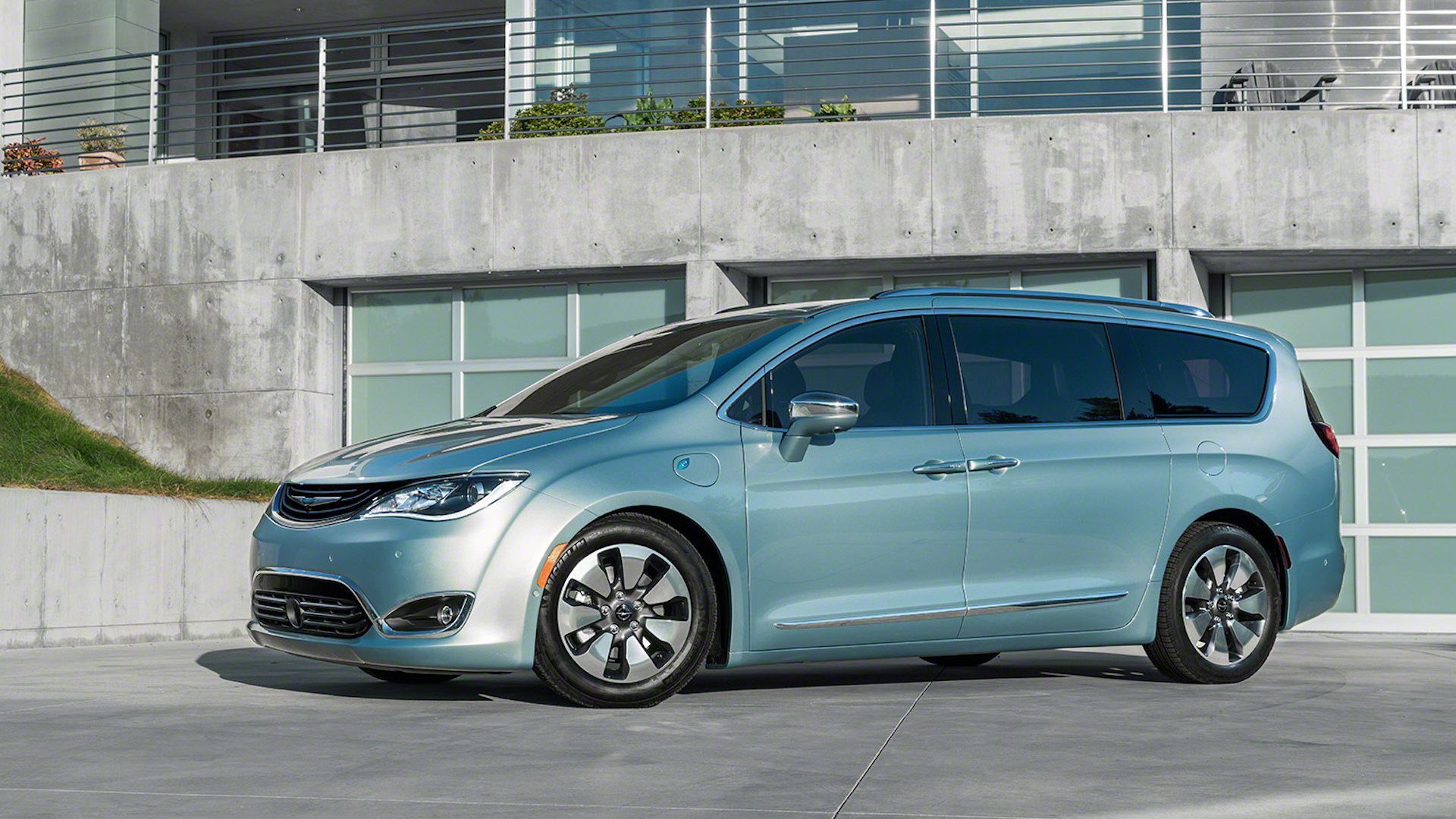 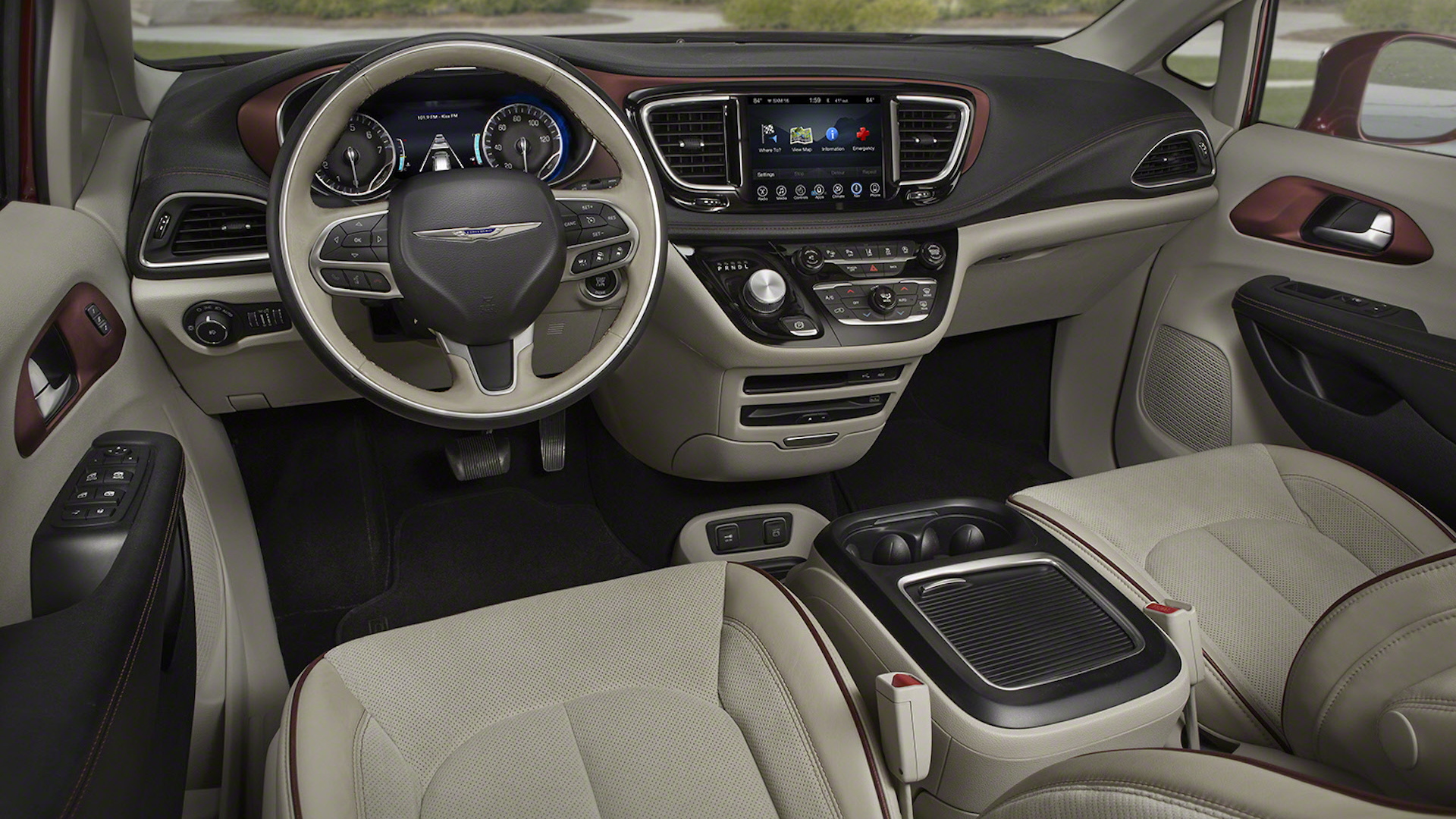 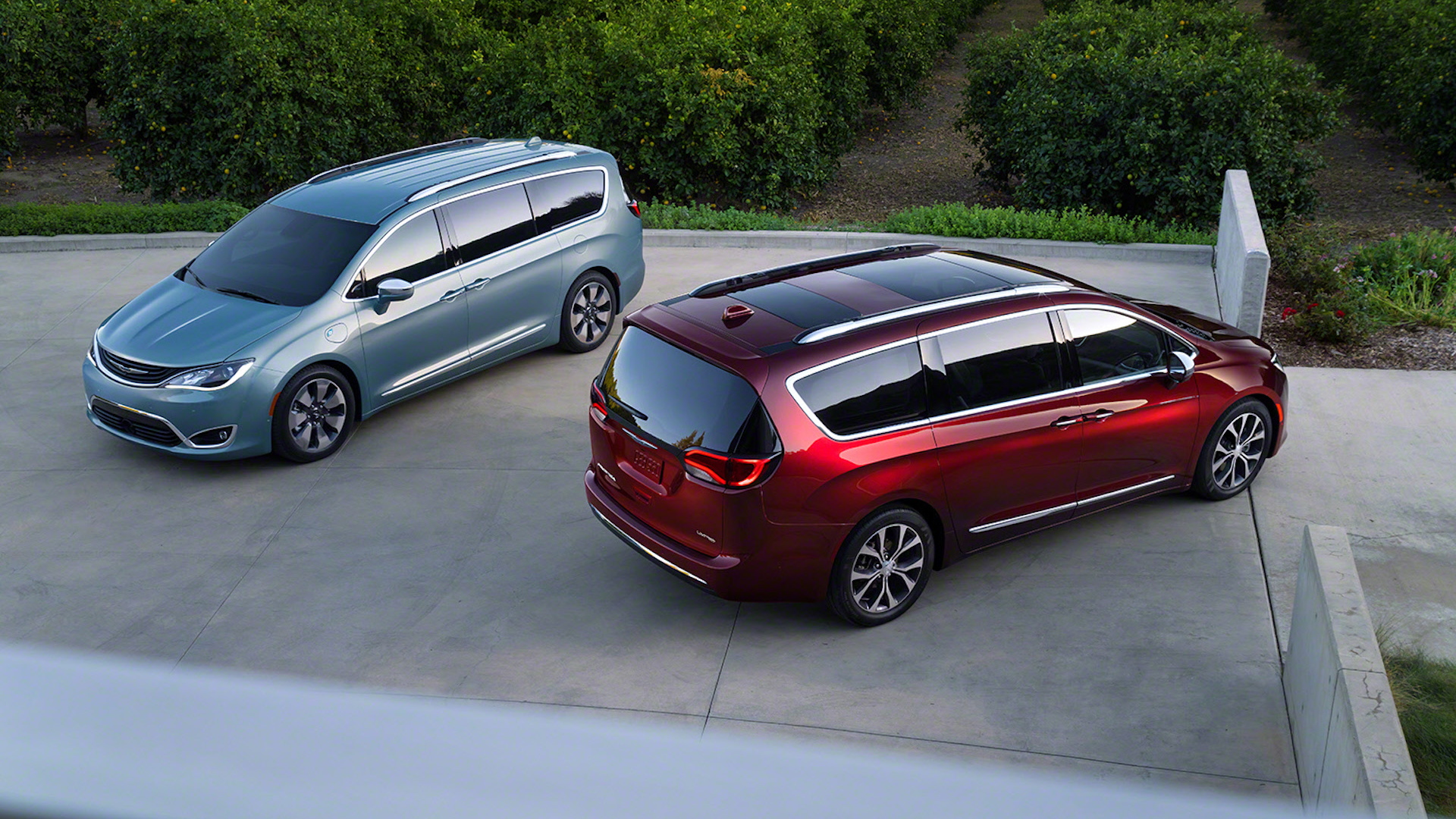 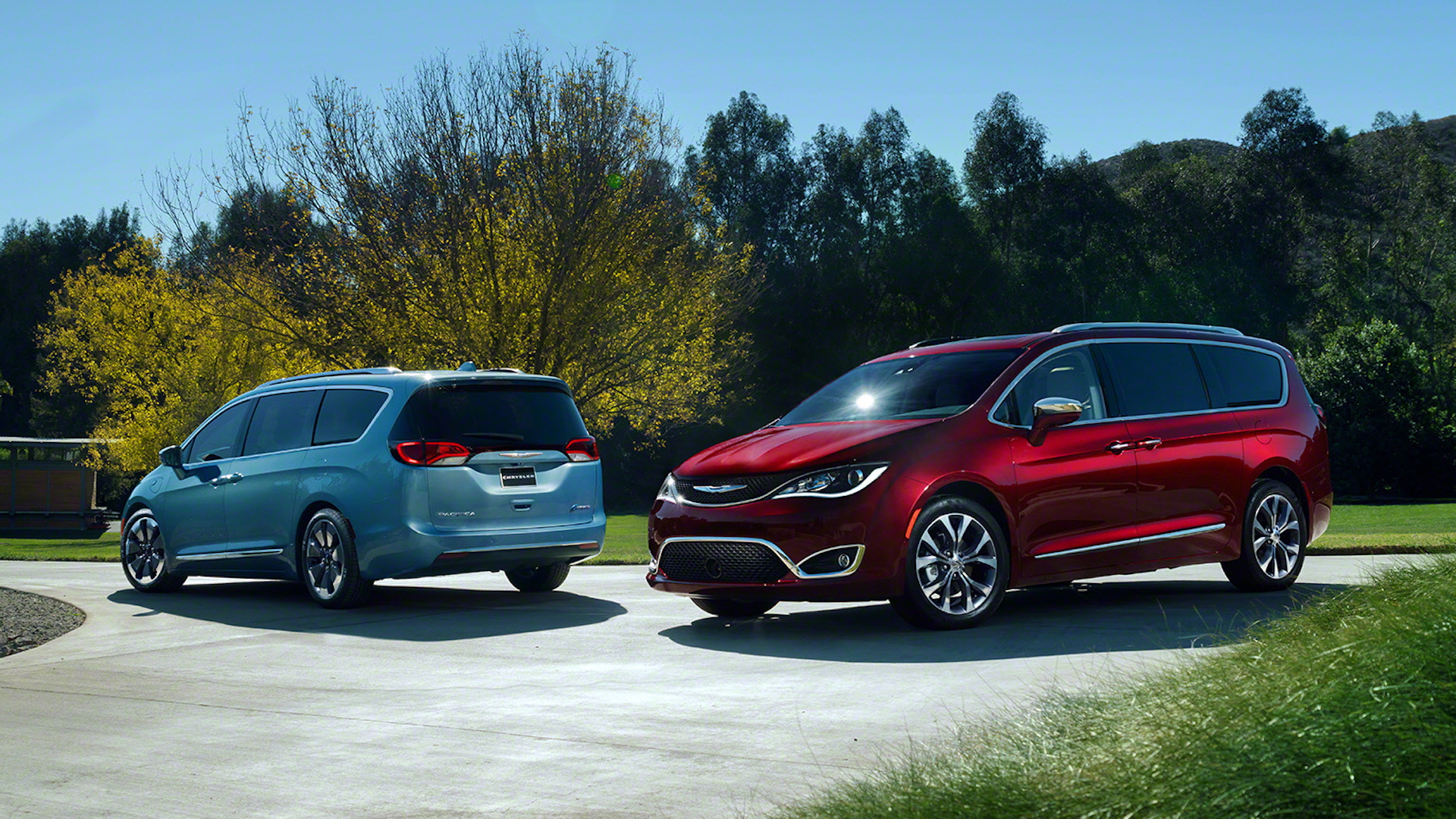 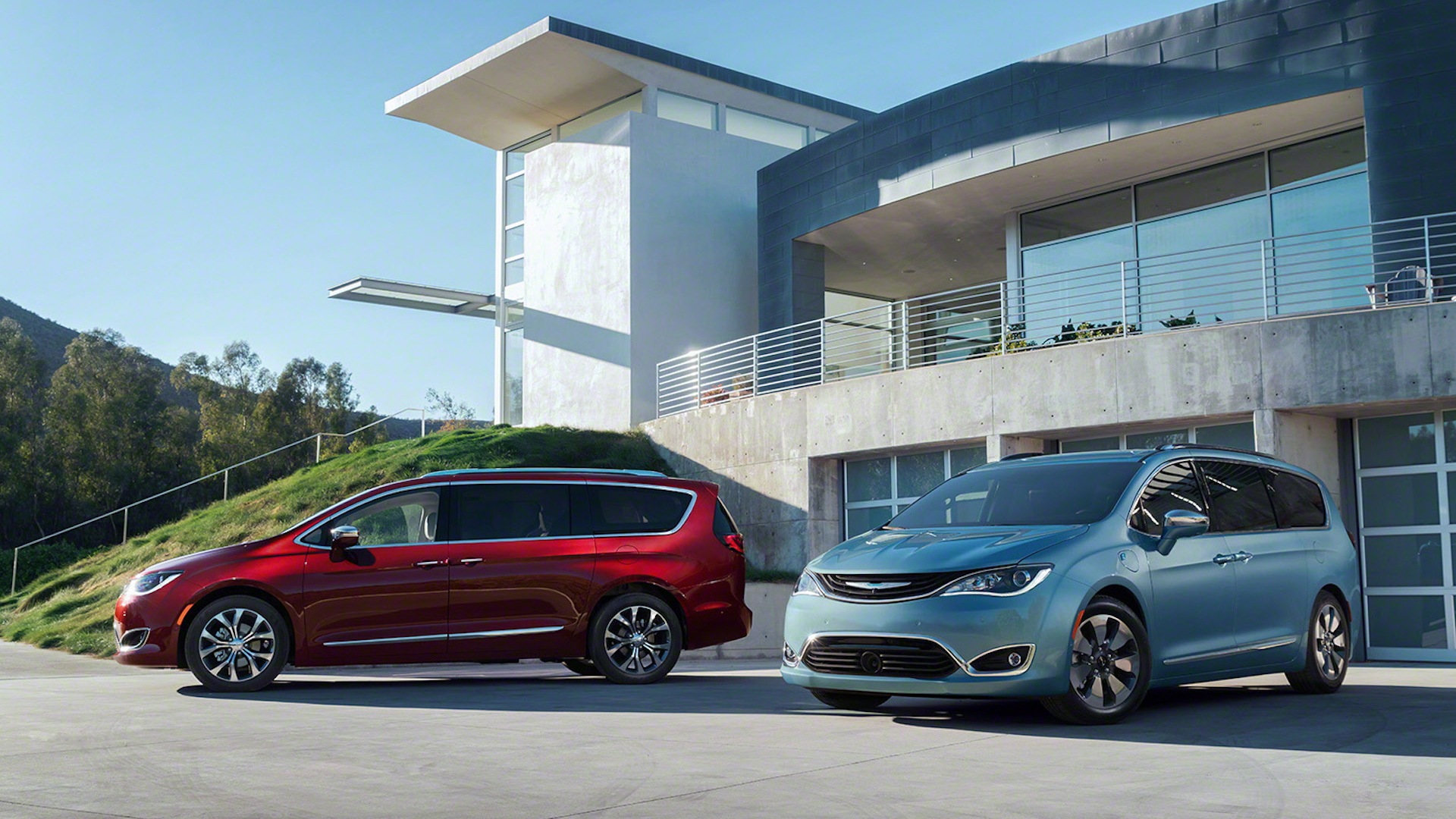 Chrysler last week revealed the completely new sixth-generation version of its minivans—including, at long last, the first full-hybrid minivan for the U.S. market.

That model, to be called the 2017 Chrysler Pacifica Hybrid, is slated to go on sale around September 2016.

And while it’s only badged a hybrid, the charging port just ahead of the driver’s door hints that it's a lot more than that (yes, blame the marketers for the badging): It’s a plug-in hybrid good for 30 miles of all-electric driving and a projected EPA 80 miles per gallon equivalent (MPGe).

Against key rivals like the Honda Odyssey, Toyota Sienna, Nissan Quest, and Kia Sedona, Chrysler will have a special advantage for the time being with this 50-state plug-in hybrid minivan—in a segment that Toyota has up until now shied away from with the Sienna, citing a lack of demand for hybrid minivans.

At the Detroit Auto Show we pressed Mike Duhaime, Chrysler’s global director for electrification, for more details on this all-new, 260-hp hybrid system—and what makes it different.

Perhaps what most distinguishes this system, versus other plug-in hybrids, is that it can run the Pacifica Hybrid in pure-electric mode all the way up to 120 mph, if you accelerate gradually enough. And on a plug-in charge, it stays all-electric almost to full throttle.

Duhaime looks to the Prius Plug-In as the kind of plug-in they didn’t want to build. Instead his team, out of Auburn Hills, Michigan, set out two and a half years ago to build a plug-in hybrid system that could have a wide all-electric range and perform confidently with the Pacifica’s seating capacity of up to eight.

The team settled on 16 kWh for the battery and 30 miles as the driving range because, according to Duhaime, it’s a packaging and intended-use sweet spot.

That’s also a size that fits neatly into the Stow ‘n’ Go second-row seating tubs for the vehicle. In the Hybrid, the seats no longer fold into the floor, but all the rest of the van’s cargo versatility is intact.

The battery pack itself—likely from LG Chem, but not officially confirmed—uses pouch cells and is liquid-cooled. “We have to cool them when we’re charging, and we found that’s very hard to do with the exterior variance,” said Duhaime.

It charges in about two hours on 240V with the 6.6-kW onboard unit, or in 12 to 14 hours on 110V, and Chrysler decided that fast-charging wasn’t going to be utilized much by buyers, who are expected to merely charge overnight at home.

The new Chrysler hybrid system, which will be used in other vehicles, employs two motors and an electronically controlled planetary-gear arrangement.

It’s not at all related to any previous hybrid system from the automaker—analogous to what’s in the Ford and Toyota hybrids, but not quite the same.

The key difference is a one-way clutch system that allows both motors to work together and deliver their torque through the system in all-electric mode.

“The two motors act in conjunction across the planetary gear set,” said Duhaime.

“So there’s a fixed gear ratio across it but it runs the two pieces at different speeds...so we can put the engine at any point we want, in revs, and let it sit there.”

That engine is a big 3.6-liter V-6—running on the Atkinson cycle and making 248 hp—because it produces virtually the same performance and fuel economy numbers as a four-cylinder engine would have, but it’s a better match with the driving character of the vehicle.

“When you’re driving electrically it’s a very quiet vehicle, and we didn’t want it to start, and all of a sudden need to run the four cylinder at a much higher speed to get the level of performance,” said Duhaime.

“We were able to center this engine at very low running speeds to make it very quiet and pleasant for the occupants, so you really don’t know when the engine is running from a sound standpoint.”

Duhaime argues that most plug-in hybrids fail to get enough electric motor torque into the system for the loads and speeds associated with ordinary driving conditions—else their traction motor needs to be very big, even with a step gear.

“Here we have the ability to put both of the motors together for driving the vehicle electrically, and we can run them in conjunction at what appears to be a very large motor across the gear ratios.”

Effectively, one motor is on the engine, and the other is at the wheels. In pure-electric mode, the Pacifica Hybrid performs like an electric car with a very large motor; and then when the battery depletes, one motor is used to start the engine and act as a generator.

“When it runs as a hybrid, when the engine’s running, we use Motor A to balance the engine and put it in its most optimum range, and in parallel with Motor B we get the ratio, and the torque to the wheels,” said Duhaime.

“Otherwise when it’s an electric vehicle we decouple it from the engine and both motors run as a pair, and we get all the performance from the electric motor system.”

Sized to fit a wide range of vehicles

The hybrid system was designed to fit into the same space as the (ZF) nine-speed automatic transmission, and to be used in front-wheel-drive vehicles sized down to a C-segment small SUV. It’s also assembled in the same Tipton, Indiana plant as the nine-speed.

Chrysler officials said that there is no cap on the number of battery packs or hybrid gearsets it can produce.

Meanwhile, Tim Kuniskis, the company’s head of passenger car brands, noted that if hybrids are about three percent of the market currently, he’d consider the model a success if they can approach that ratio of interest among its minivan buyers. That works out to be more than 5,000 units per year—possibly significantly more than that if the Pacifica proves to be a mainstream-market hit.

We see it easily surpassing those numbers, for this model's unique hybrid packaging—although much of this model’s success rests on pricing, which will be detailed later in the summer