Car-sharing services have become increasingly popular over the past few years, and many of them operate fleets of battery-electric cars.

Now, a German company believes it's time to pair this new approach to car use with hydrogen fuel-cell vehicles.

The Linde Group—which manufactures and distributes industrial gases—believes such a service will help promote fuel-cell cars by giving consumers a chance to get familiar with them.

The ix35 Fuel Cell is sold as the Tucson Fuel Cell in California, the only U.S. state where fuel-cell cars are currently available.

As with other car-sharing services, drivers will be able to rent vehicles using an app, and will not have to refuel them before returning. 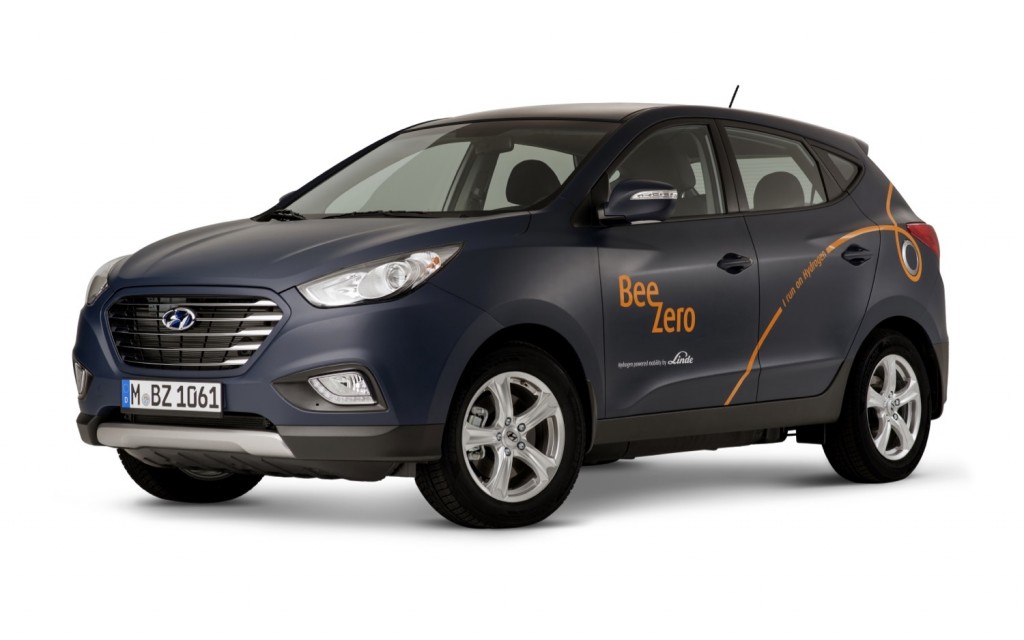 That's just as well; there are currently only around 20 public hydrogen fueling stations operating in Germany.

Linde hopes the BeeZero car-sharing service will spur greater interest in fuel-cell cars, which could lead to greater support for expanding that infrastructure further.

While Germany has a plan to deploy a nationwide network of hydrogen stations, it has not been fully funded and early sites have been delayed in going online.

"We can't wait for someone else to develop it," BeeZero general manager Sandra Scherb told Co.Exist, "We have to take the lead and do it ourselves."

In particular, BeeZero hopes to emphasize the greater range of hydrogen fuel-cell cars compared to battery-electrics.

The ix35 Fuel Cell is rated at 600 kilometers (372 miles) of range on the somewhat optimistic European testing cycle. 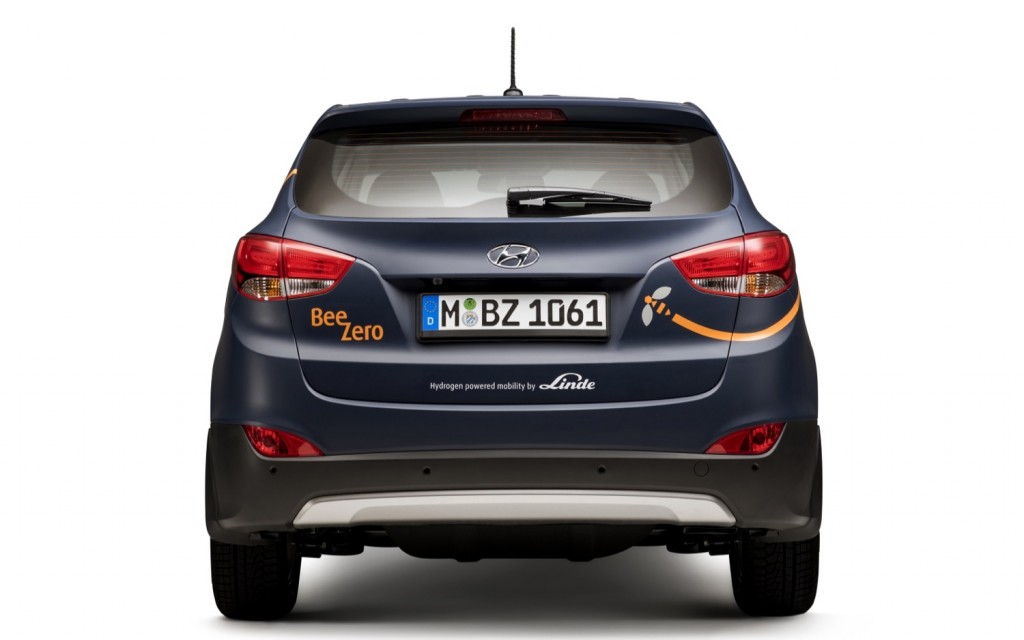 The U.S.-market Tucson Fuel Cell carries an EPA range rating of 265 miles, due to the stricter EPA testing regimen.

Hyundai previously said that delivery put the number of ix35 Fuel Cell vehicles on European roads past the 250-unit mark.

In the U.S., Hyundai says it has delivered around 100 Tucson Fuel Cell crossovers since the model first became available in June 2014.