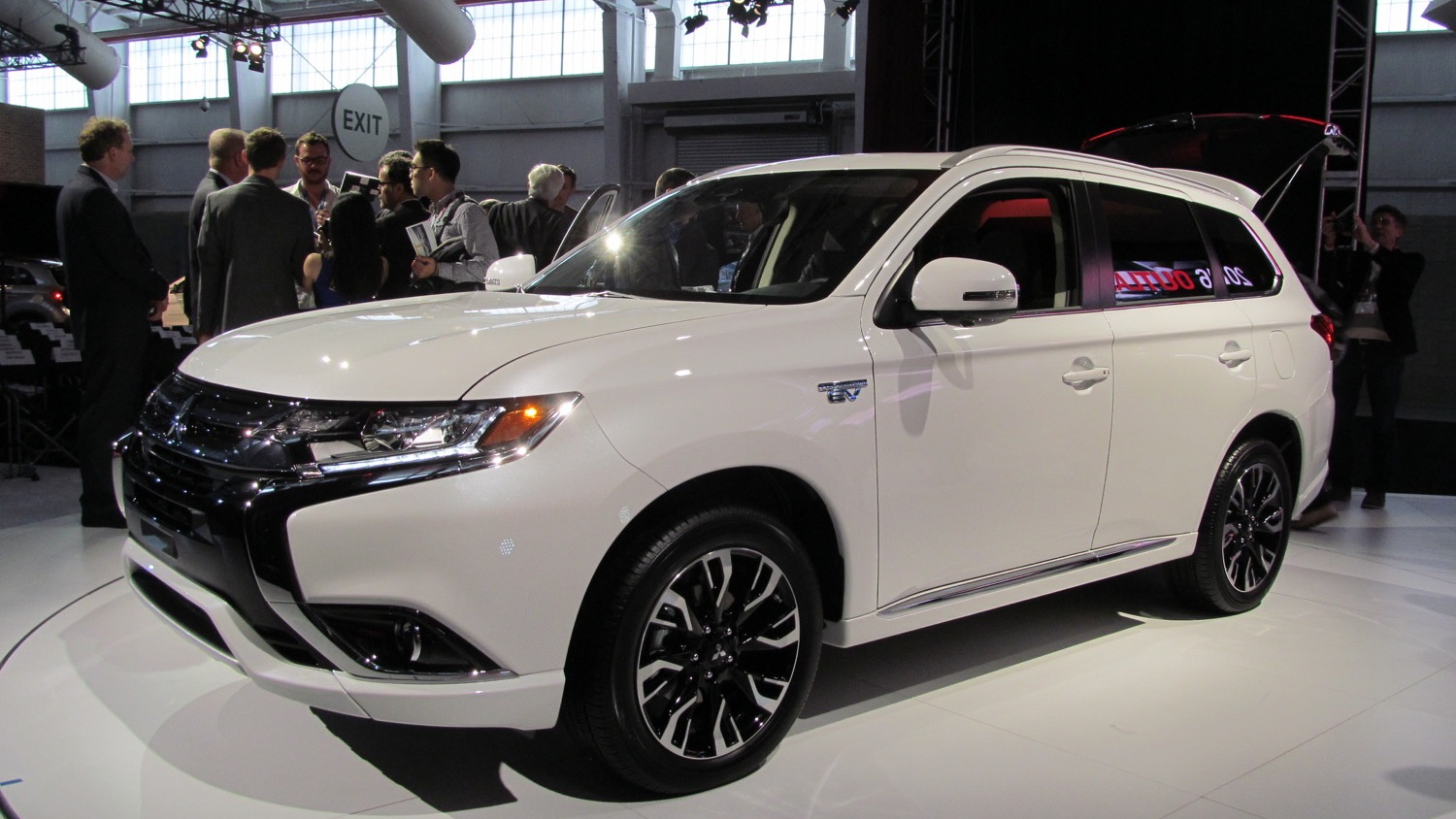 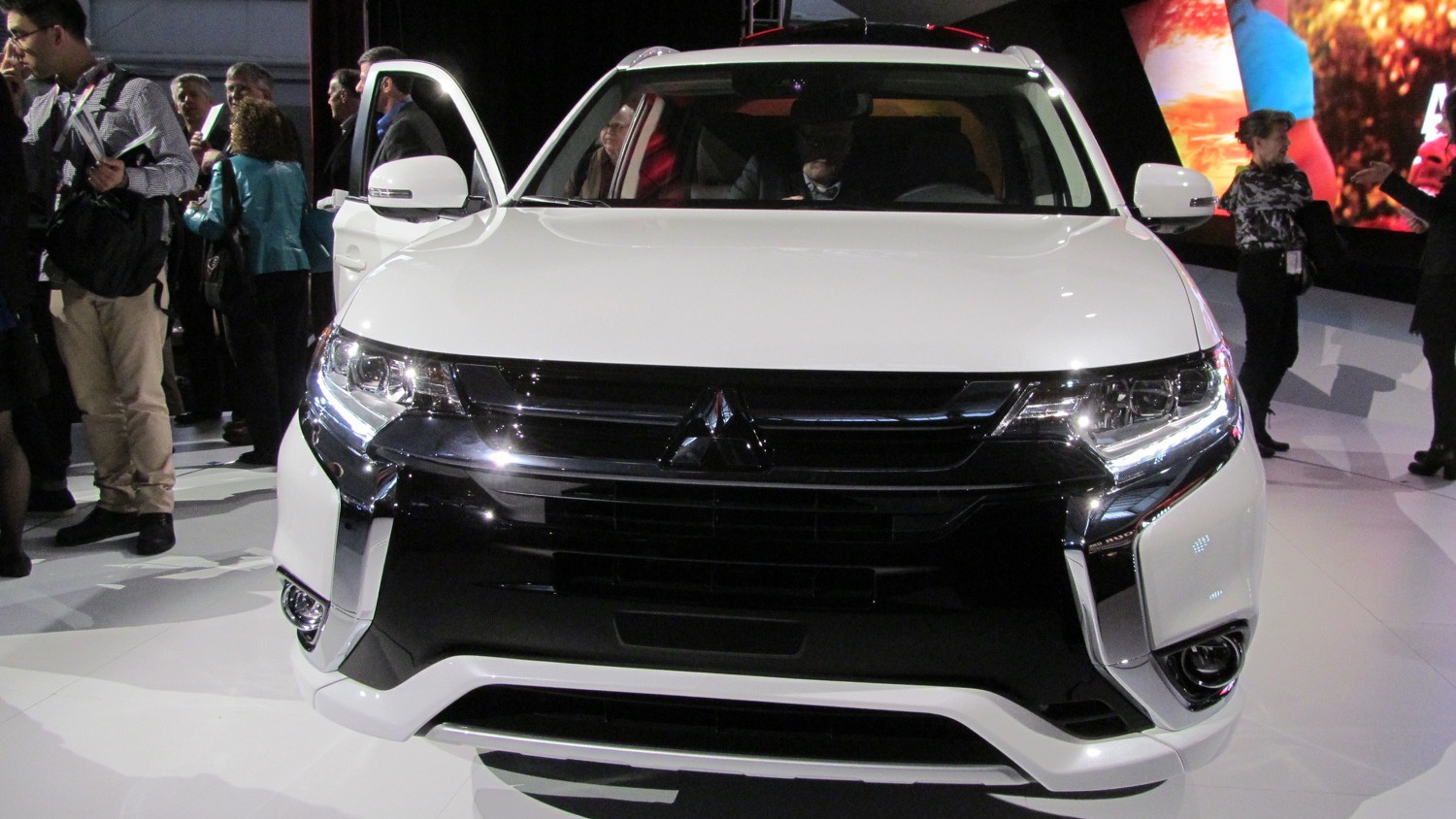 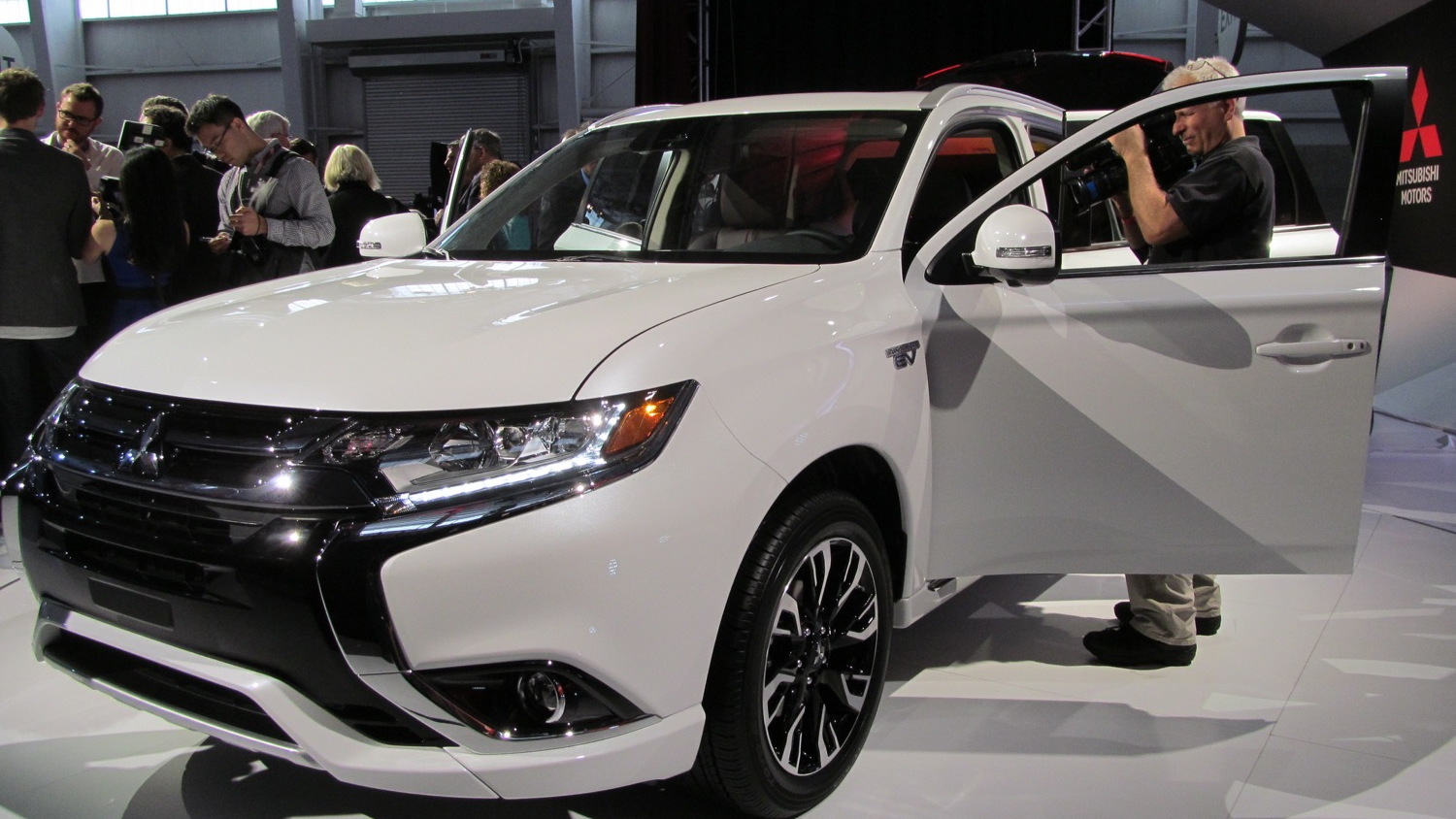 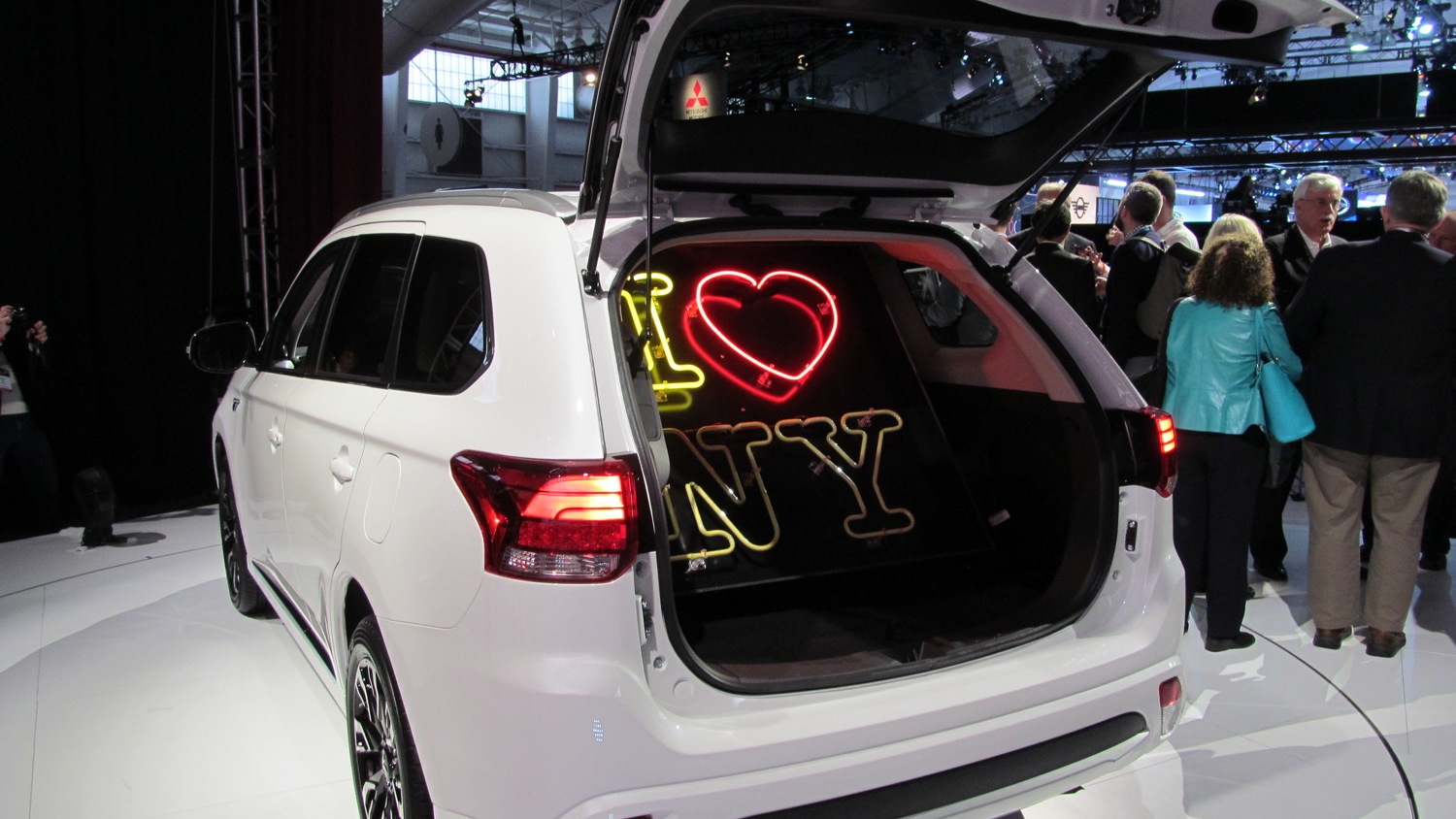 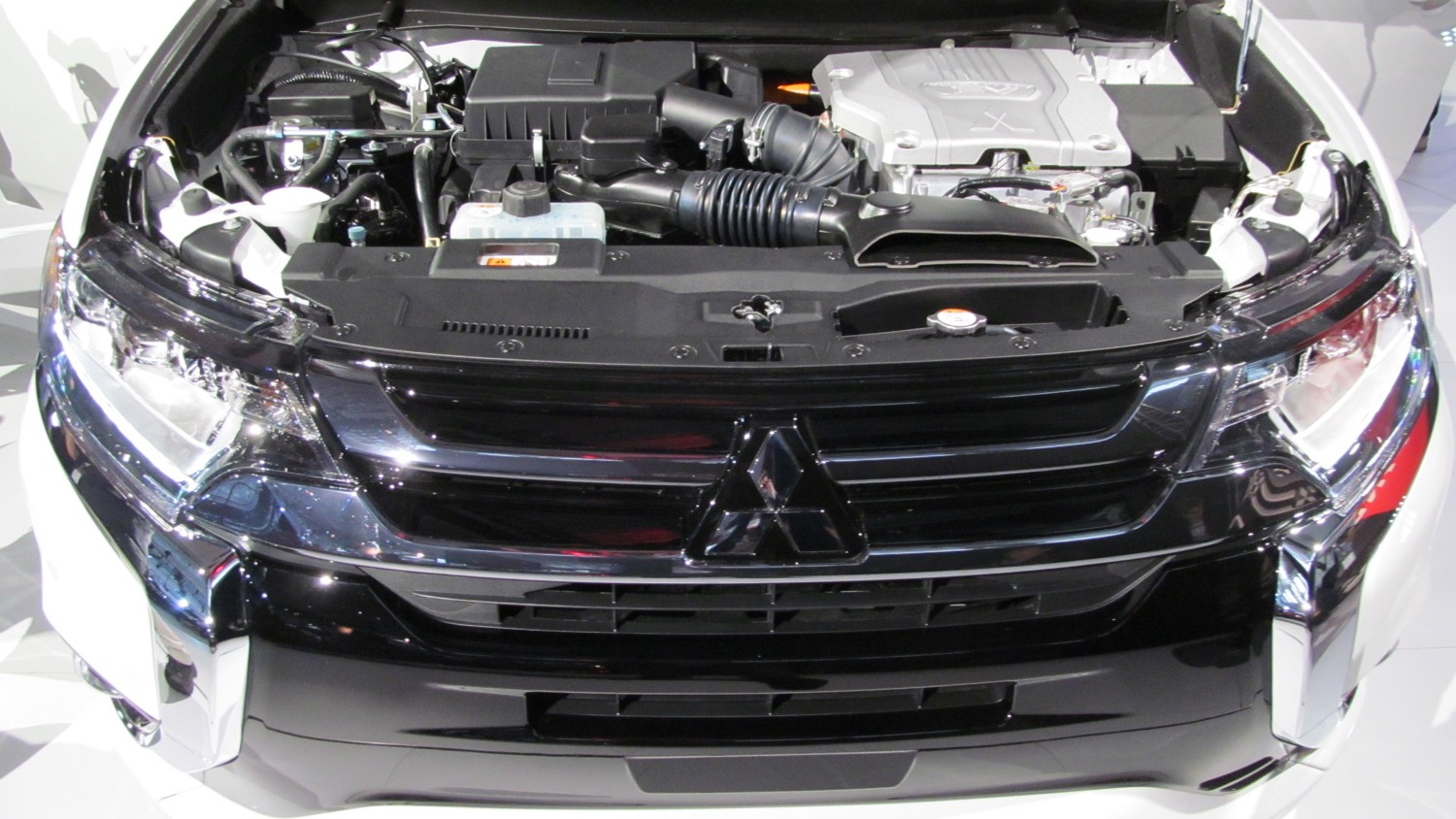 The 2017 Mitsubishi Outlander Plug-In Hybrid has taken longer to arrive on U.S. shores than almost any other plug-in vehicle in recent memory.

A plug-in hybrid Outlander crossover was first previewed as a concept at the 2009 Los Angeles Auto Show, and was originally slated to go on sale in the U.S. in 2013.

Only now, at the 2016 New York Auto Show, is Mitsubishi unveiling a prototype U.S version (with final spec yet to be determined) of its first plug-in hybrid utility vehicle.

The 2017 Outlander Plug-In Hybrid adopts the same body style as the refreshed Outlander unveiled in New York almost exactly a year ago. 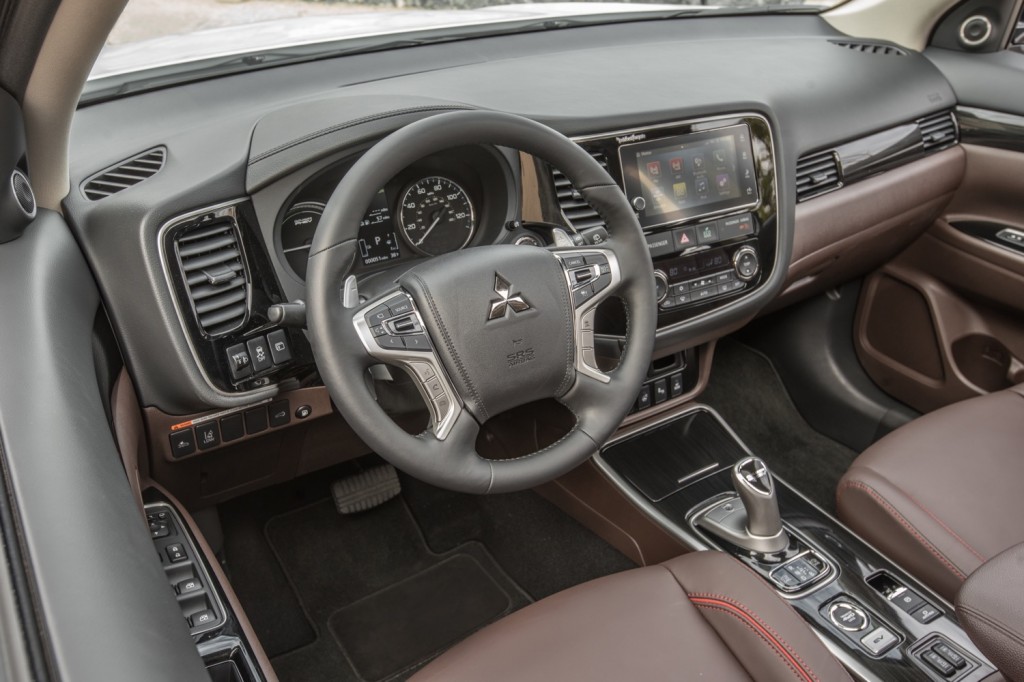 One electric motor works with the gasoline engine to drive the front wheels, while the second motor powers the rear wheels, giving the Outlander a "through the road" all-wheel drive system.

The Outlander is rated at 32.5 miles of electric range on the highly-optimistic European testing cycle.

Mitsubishi also claims the Outlander Plug-In Hybrid will be able to provide backup electric power, through 110-volt outlets located in the center console and cargo area.

In the U.S., the Outlander Plug-In Hybrid will be fully outfitted with technology features, including Apple CarPlay and Android Auto smartphone interfaces, and a surround-view camera system. 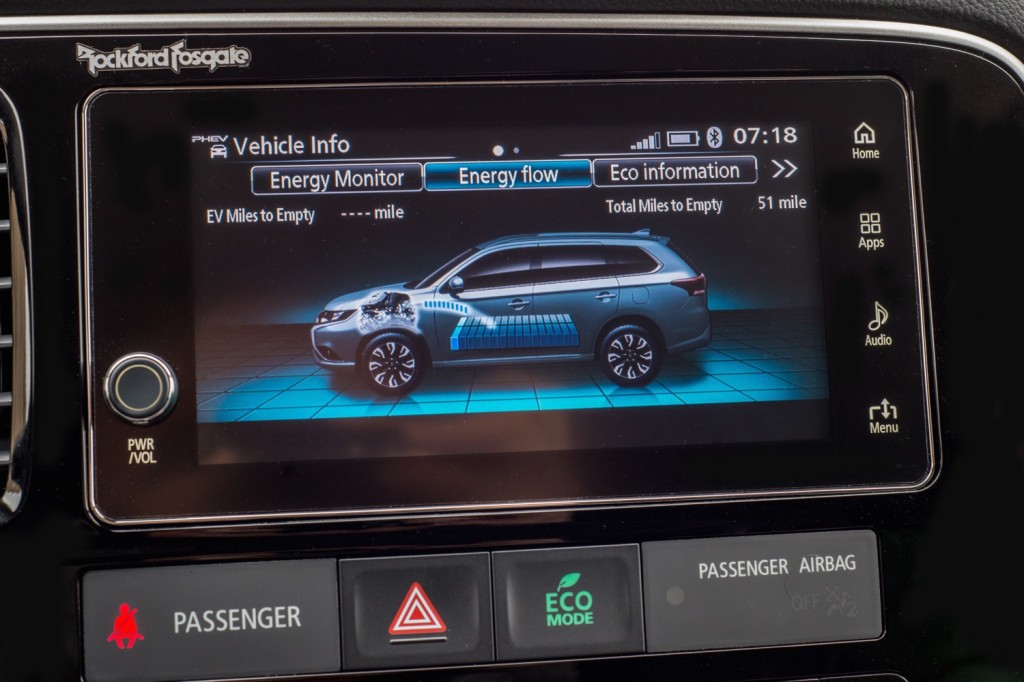 But it won't be offered with the CHAdeMO DC fast-charging system available in other markets.

If Mitsubishi had put it on sale when it originally intended, the Outlander could have been the first plug-in hybrid SUV available in the U.S.

But thanks to the many delays, the Outlander is being beaten to the punch by several luxury models, including the Porsche Cayenne S E-Hybrid, BMW X5 xDrive40e, and Volvo XC90 T8 "Twin Engine."

Still, the Mitsubishi will be the first plug-in hybrid utility vehicle offered by a mainstream brand, and should sell for a lower price that will make it accessible to a wider audience.

We'll know for sure when the 2017 Mitsubishi Outlander Plug-In Hybrid finally arrives in showrooms late this fall.