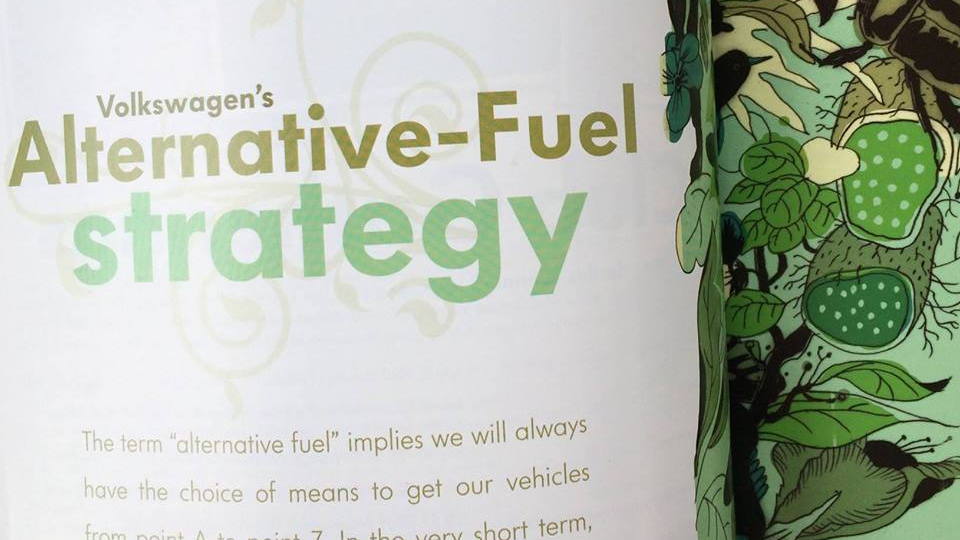 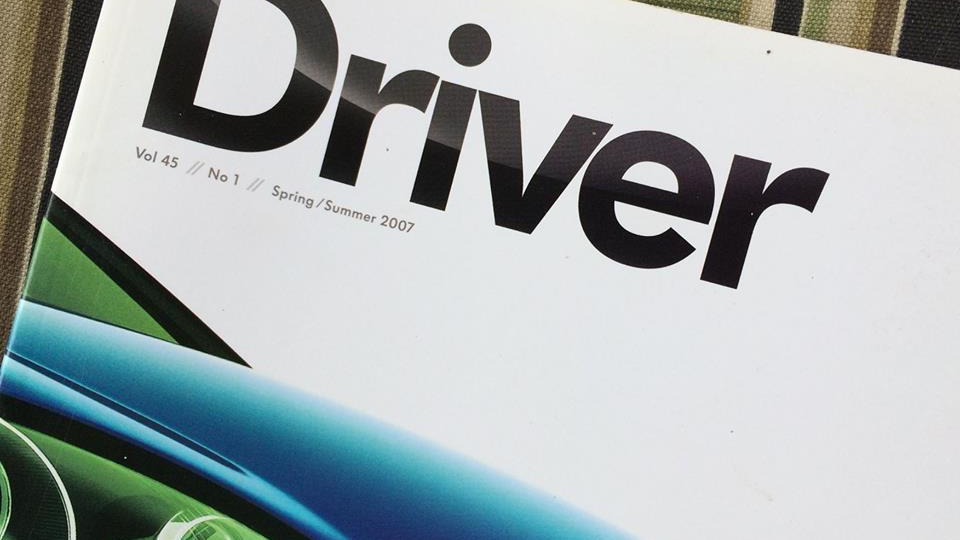 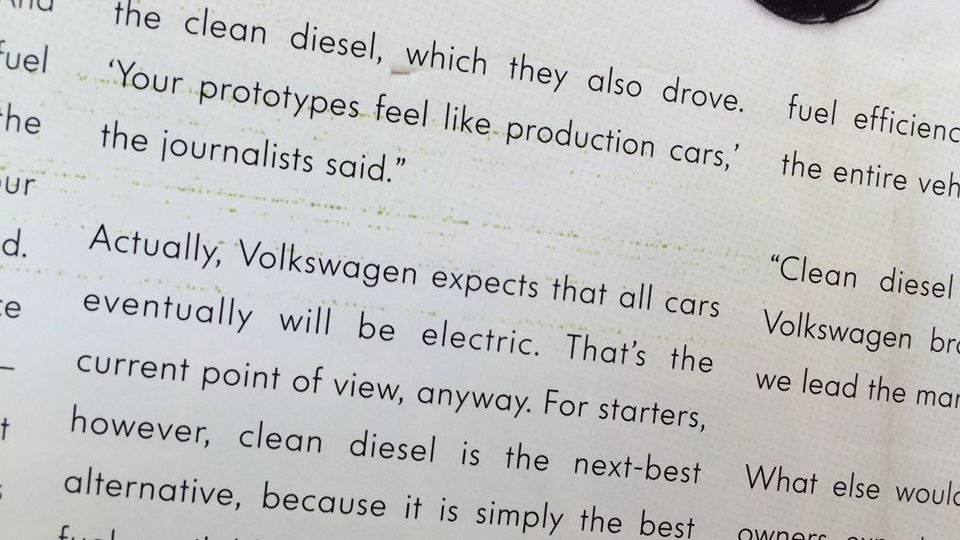 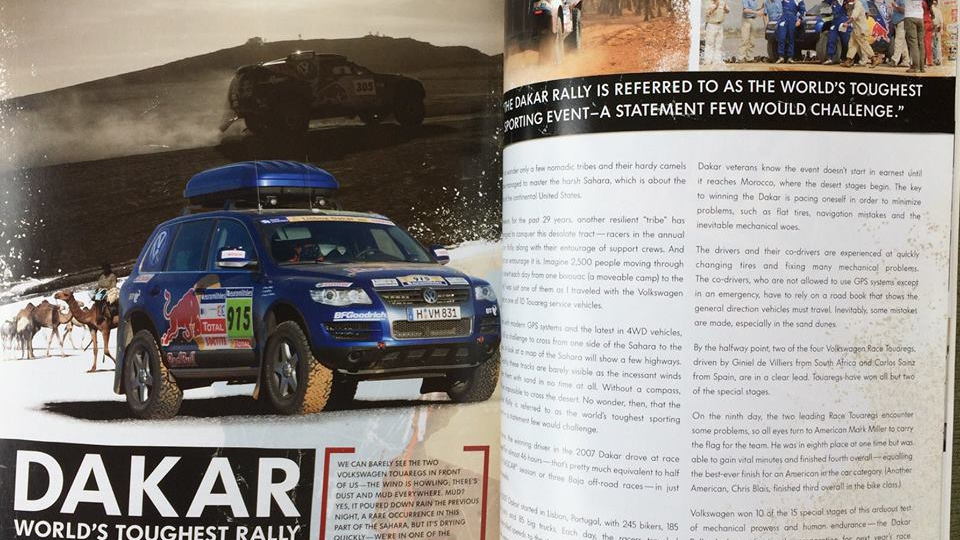 Many journalists tend to have pack-rat tendencies, but sorting out old press kits, files, and magazines can have unexpected rewards.

So it was for auto writer John Rettie, who recently uncovered an interesting tidbit in an issue of Driver, the in-house magazine sent out by Volkswagen of America to owners of its cars.

Rettie had written a story for the Spring/Summer 2007 issue on the Dakar endurance rally, after being embedded with the VW Motorsport team for what would be the last African event from Lisbon to Dakar.

As he discovered last week, that same issue also contained a story on the company's "Alternative Fuel Strategy."

At that point, VW was putting the final touches on its so-called "Clean Diesel" TDI engines, which would launch in 2008 to meet new, tougher U.S. emission rules in a wide range of vehicles.

Those included the Jetta compact sedan and SportWagen, the Golf compact hatchback, the New Beetle, and the 2012 Passat mid-size sedan built in Tennessee.

VW Driver magazine, Spring/Summer 2007 issue, distributed by Volkswagen to its owners in the U.S.

One line in particular from that article really caught his eye, Rettie said:

Actually, Volkswagen expects that all cars eventually will be electric.

(Then it goes on to explain that "clean diesel" is the next-best alternative because it "by definition complies with emission standards."

Clearly it would have been impossible to predict then--or even to imagine--the VW diesel emission scandal that has unfolded over the last four weeks.

The huge Volkswagen company, the world's largest automaker, has now lost one-third of its market value, it will have to modify 11 million cars across multiple continents, and it likely faces hundreds of civil and criminal court actions from buyers and regulators in multiple countries.

Last week, the company issued a statement saying that it would focus on battery-electric and plug-in hybrid vehicles, as well as modifying all the affected diesel models to meet emission standards in the countries where they were sold.

And, the company said, the next generation of its upcoming Phaeton large luxury sedan (a model that failed miserably in North America) would include an all-electric version.

We'll see how those plans play out over the next few years.

We'll also see how much effort, and cash, Volkswagen and its German and North American partners in the Combined Charging Standard (CCS) DC quick-charging protocol actually put into rolling out serious charging infrastructure for those cars.

But as Rettie wrote, "Knowing what we now know, that turns out to have been a pretty accurate prediction, eh what?"