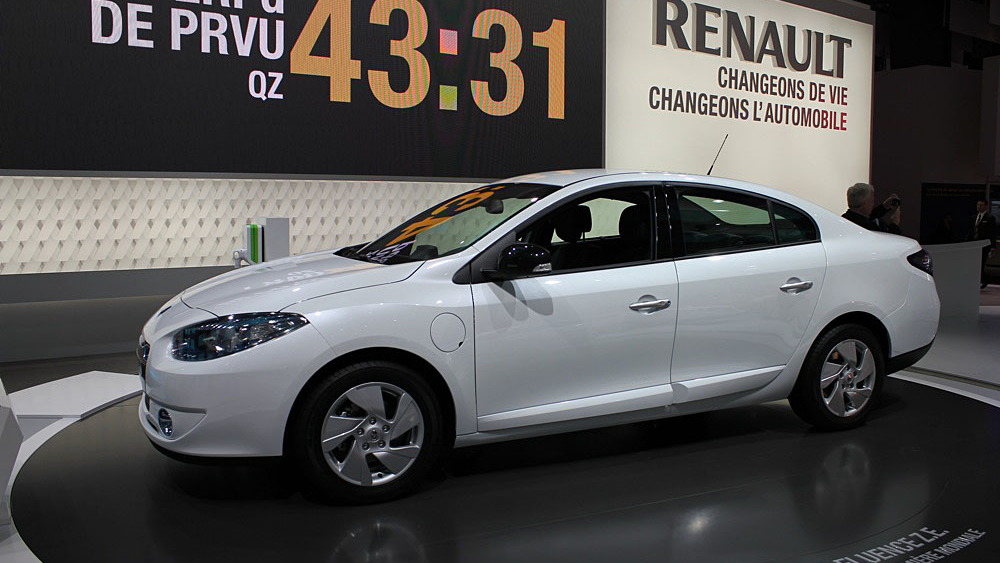 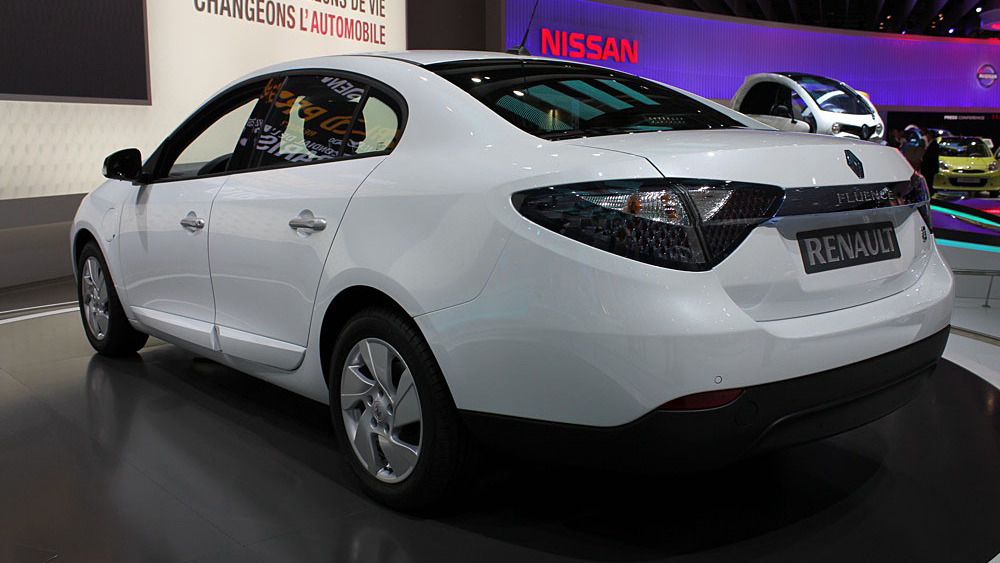 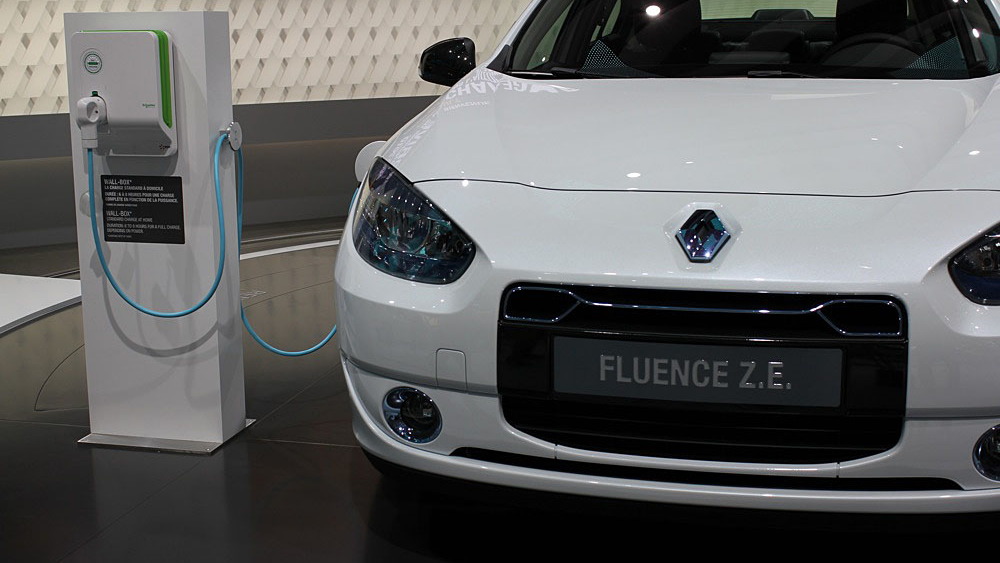 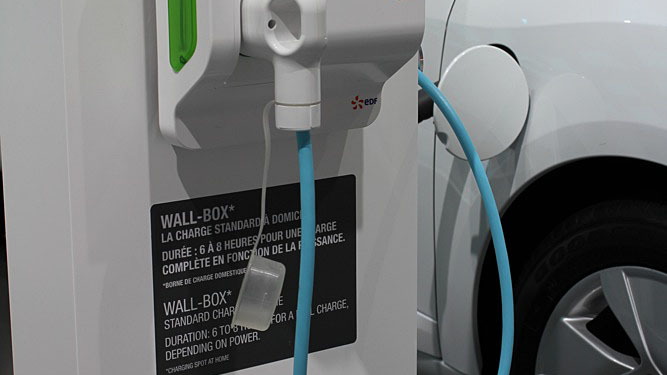 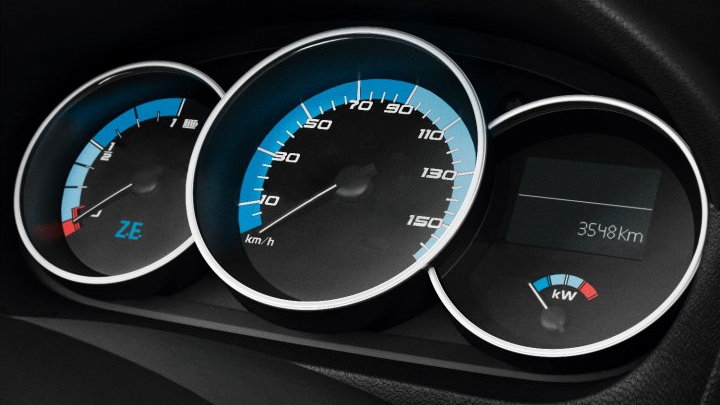 Thanks to the limited availability of electric cars on the market thus far and lack of parity between EV models and their gasoline or diesel counterparts, comparing the relative costs of the three isn't the easiest of tasks.

The human race wouldn't have got very far if we'd only ever done what was easy though, so we're pleased to find that a Spanish website has done the math for us. Comparing the electric, gasoline and diesel versions of Renault's Fluence sedan, MotorPassion has worked out how long payback for buying an EV would take compared to its conventional counterparts.

The models used for comparison, to give roughly equal performance and specification, are a 1.6 liter 16v gasoline Fluence in the Dynamique trim level, and a 1.5 dCi turbodiesel Fluence, also in Dynamique specification.

The first and most obvious cost of buying any car is the initial purchase price. Renault has brought down this high initial cost of the Fluence Z.E. because rather than having to pay up front for the cost of all the batteries like you do with say, a 2011 Nissan Leaf, Renault lets you rent the batteries instead. Renault have previously claimed that the Fluence Z.E.would cost significantly less than the gas or diesel versions - have they kept their word?

What the EV has up its sleeve are all the potential tax credits and other incentives that countries all over Europe are offering. A private individual could get the EV for a price somwehere between the gas and diesel versions.

Battery rental is 67 Euros per month ($92) for 10,000 kilometers per year (6,200 miles) before "VAT", or Value Added Tax - a consumption tax added to products by most countries, essentially similar to the sales tax added to products in some U.S. states. In Spain, this VAT currently adds an extra 18 percent to the cost of products and services, though the rate can vary. Although all individuals have to pay this rate, companies can claim it back if using the vehicle for business purposes.

After the 6,200 mile yearly usage specified (low even by European standards, though easy when you're doing the sums as this is 10,000 kilometers a year) you'd have spent just under $1,100 on gas, just under $700 on diesel or just under $1,600 on electricity and battery rental combined.

Using those numbers then, the EV starts to look expensive. A few points to note though:Firstly, the more milage you do, the more the balance swings towards the EV. Double the milage and the fuel costs double too.

Great when you're talking about pocket change for recharging, not so great when you're filling it at the gas station. Of course, we can assume that Renault's battery rental costs increase if you up the milage too since the rental price quoted is for the 10,000 kilometer figure.

Secondly, the figures above assume that fuel costs will remain constant. As anyone who has been driving for more than a few years will tell you, this unfortunately isn't the case. The price rises are more consistant in Europe (this author is paying a third more for a small tank of gas than when passing his test eight years ago!) than they are in the U.S. where costs fluctuate more according to supply and demand than rises in tax. We expect electricity costs will rise too, but almost certainly proportionally less than for oil-based fuels.

The other point that the Spanish author points out is the length of time an EV will last compared to a gas or diesel car. Now obviously, this doesn't really apply for customers buying new unless they plan to keep the car for decades, but further down the line for the second, third and tenth owners, you might start to see benefits. The EV will certainly begin costing less over these sort of time periods, by which time hundreds of thousands of miles of usage will have begun to take its toll on the internal combustion engines. Eventually, they'll give up altogether. Even if they don't, you'd be paying a significant amount in oil, spark plugs, gaskets, belts and other ancilliaries to keep it running.

An electric motor doesn't have this problem. Provided it has no manufacturing defect, it will run, and run, and run. And probably run some more, without gradually losing efficiency on the same scale as a well-used fossil-fuel engine will.

MotorPassion has discovered then that the more milage you do, the greater the payoff for an EV. To test the theory, they considered the costs of driving over 30,000 miles per year - high milage in any country - over ten years, a really stern test of any vehicle. 300,000 miles in a decade will test even the toughest of cars.

Cars generally do lower milage in Europe and MotorPassion reckons that a gasoline car would essentially be at the end of it's life by 300,000 miles, and even a diesel will be getting on a little.

Ignoring maintenance costs, we have some new figures. Leaving fuel prices as they are (highly optimistic, as we've already mentioned) and upping the battery rental to $165 per month to account for the greater milage, you could expect to spend $78,000 in ten years on gasoline, and $62,400 on diesel. Provided the gasoline car hasn't already died, it's certainly well out of the running. And you'd almost certainly be broke.

And the EV? $62,200. Perhaps not as impressive as you'd expect and $200 isn't a great cost difference in ten years compared to diesel, but remember - we're ignoring the near inevitable rise in the price of fossil fuels, and also ignoring the large maintenance costs of a diesel engine over 300,000 miles, or 12 global circumnavigations. Or a journey to the moon, and half way back.

The task of working out the relative payback of an EV is made incredibly difficult because there are so many variables throughout the comparison. We've mentioned maintenance on the internal combusion side - how about battery life for the EVs?

Again, it's difficult to judge. We've heard of some Toyota Prius going for 300,000 miles on the original motor and battery pack, so there's no reason to suspect that a pure EV can't do the same.

Obviously, electricity could go up too. How much? It's difficult to say, though when EVs start to catch on you can be sure that energy companies will be there ready to profit from it.

There's another factor that might tip in the EV's favour too - Renault are already able to offer EVs for similar prices to normal cars, batteries excepted. As technology improves, how long will it be until manufacturers can offer EVs with batteries included for the same price as regular cars? If you take out the cost of battery rental, the payback would be much shorter than the ten years mentioned above.

As ever, there's a lot of guesswork at this stage. What is apparent is that for longer term owners, EVs really will have cost benefits as well as great environmental credentials.