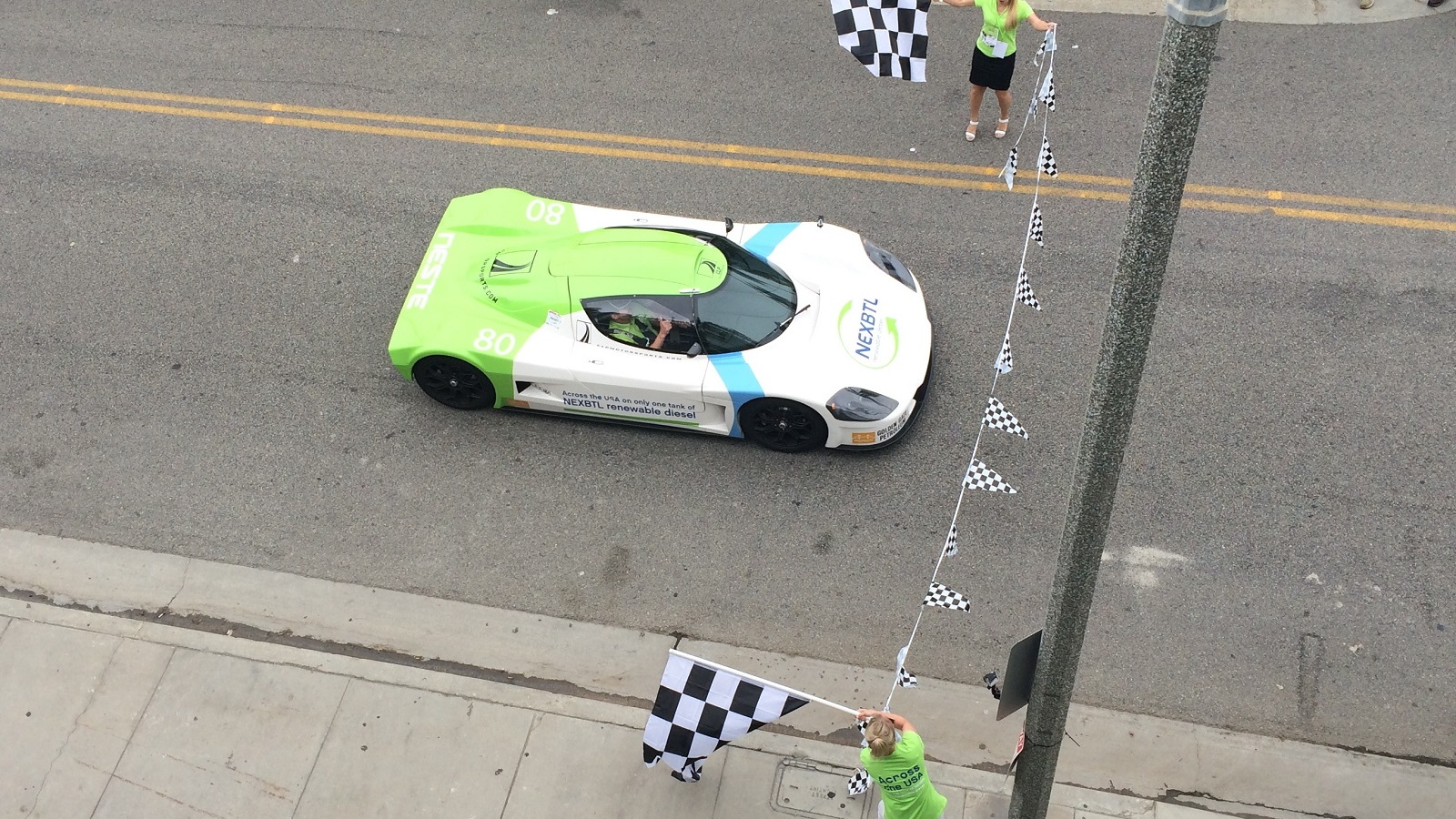 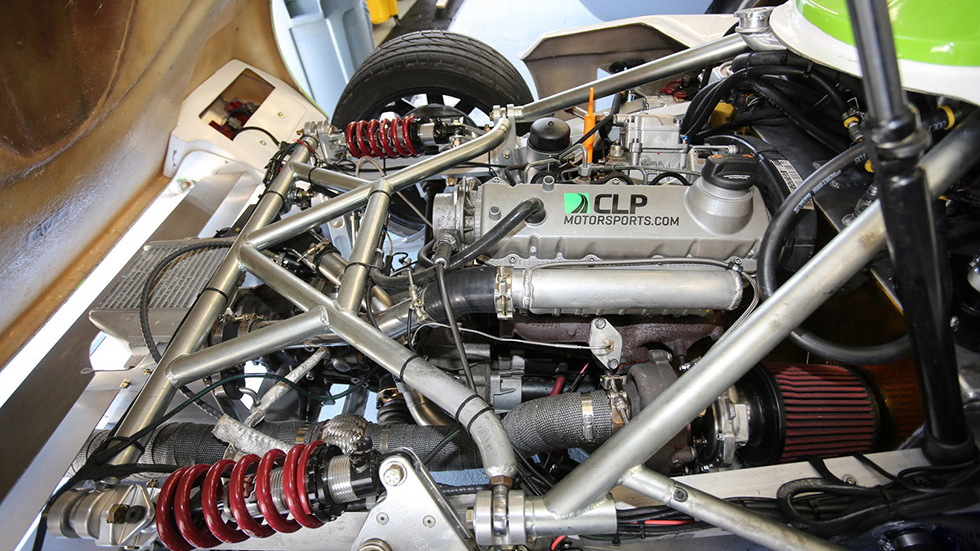 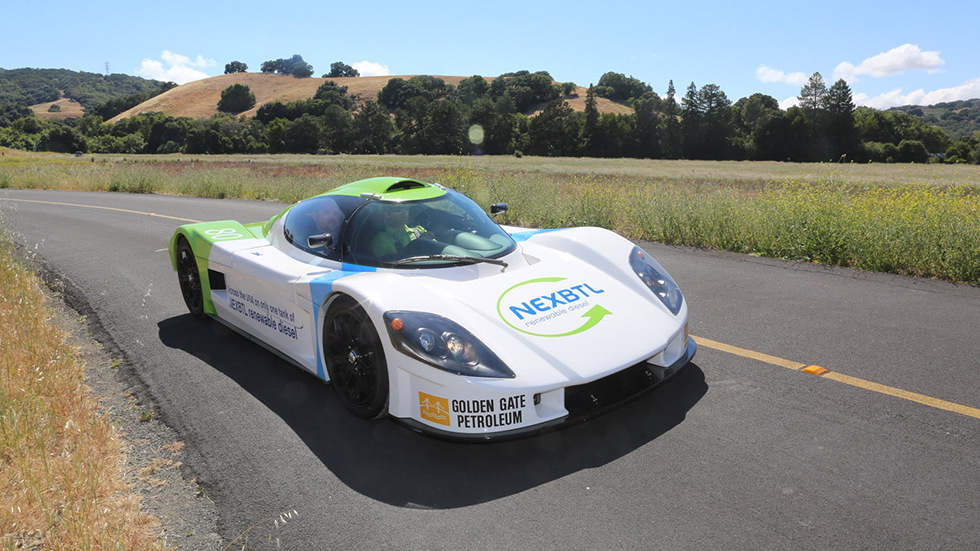 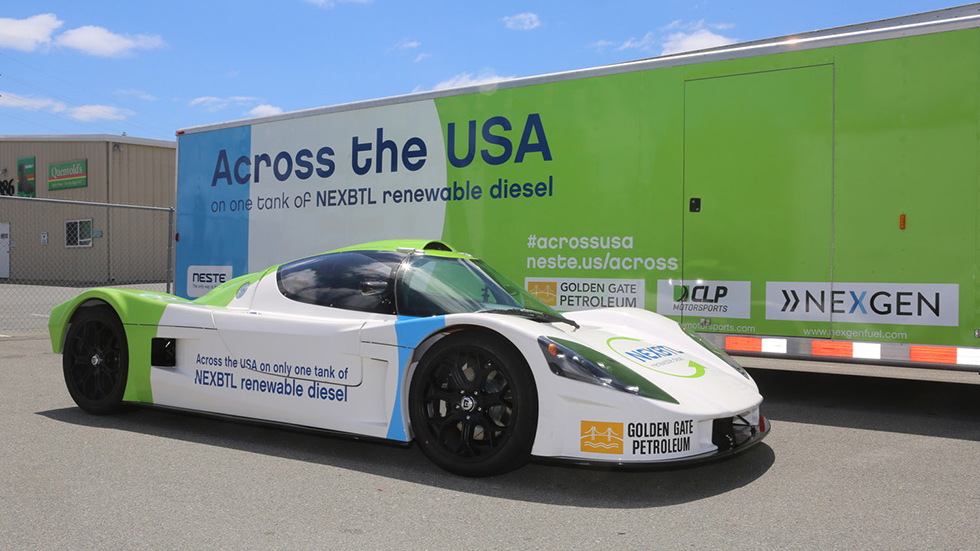 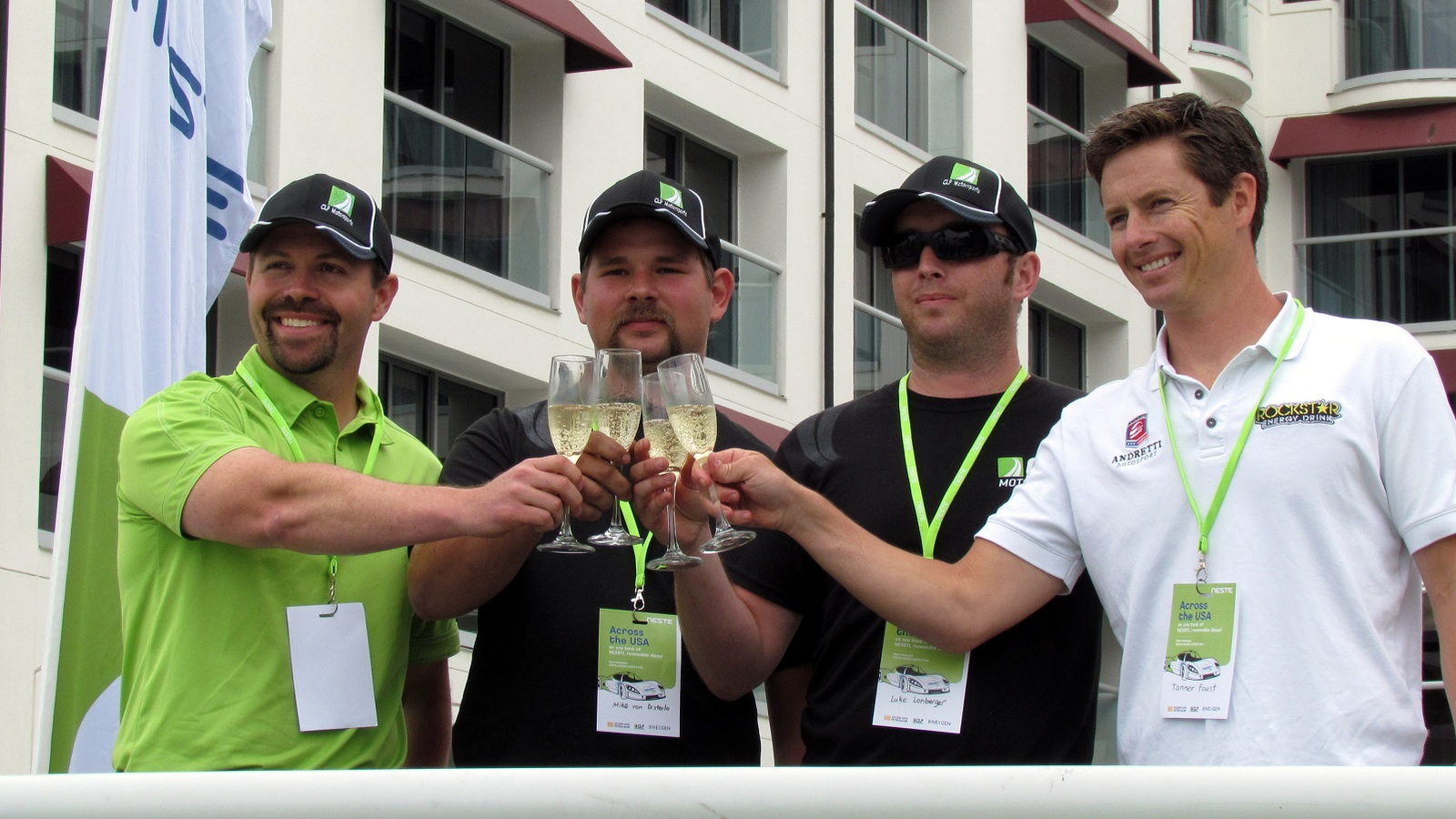 You never know what you'll encounter on the highway.

He wrote us to ask about the identity of the low-slung car he captured on video.

That car, it turns out, is part of another long-distance road trip that emphasizes a different green technology.

The car is being fielded by Neste, which is attempting to drive it from Florida to California on a single tank of the company's NEXBTL renewable diesel fuel.

UPDATE: It set off from Atlantic Beach, Florida, on Sunday and arrived in Santa Monica, California, on Friday--without refueling.

The car covered 2,507 miles on 37.6 gallons of Neste renewable diesel, for an average fuel efficiency of 67 miles per gallon at an average speed of 68 miles per hour.

A team of drivers will take stints at the wheel, and a support truck is shadowing the car as a precaution.

Lending a bit of celebrity to the challenge is race driver and television personality Tanner Foust.

Golden Gate Petroleum is one of Neste's distributors, while CLP Motorsports built the car used in the challenge.

That car itself is a Superlite Coupe (SLC), with an aluminum monocoque chassis, fiberglass body, and a modified 1.9-liter Volkswagen TDI diesel engine.

Nowhere in any of its publicity materials does the company give the capacity of that single tank, so we reached out to Neste. 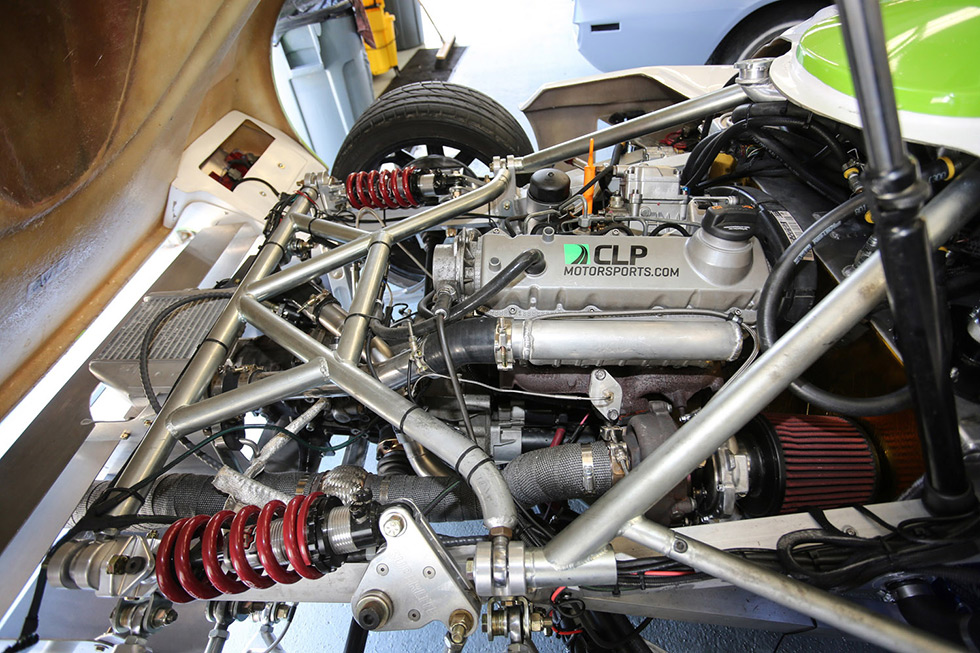 We had estimated a tank capacity of 30 to 35 gallons, assuming the sleek car could do 75 miles per gallon over the 2,400-mile trip.

In fact, Neste responded that its single tank holds "a little more than 48 gallons" to allow the car to traverse eight states and 2,400 miles.

The fuel is made from renewable materials, and its use can reduce carbon emissions up to 90 percent, Neste says.

The company says NEXBTL can be used in all modern diesel engines, and isn't restricted by the "blend wall" that limits the quantities of biofuels that can be blended with petroleum products.

That means it's suitable for use in both cars and heavy-duty trucks.

However, the fuel is only available to retail customers in Northern California right now.