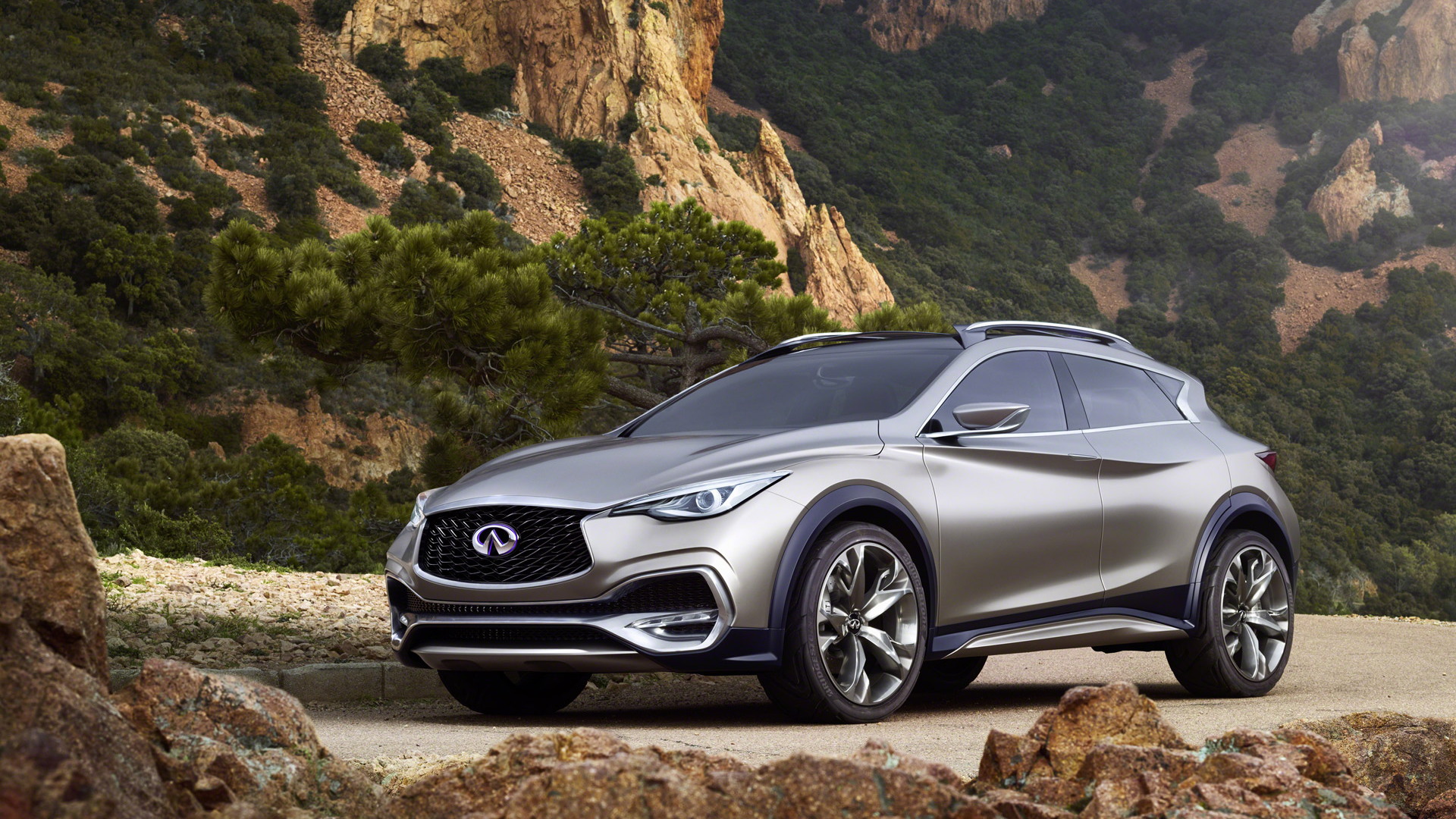 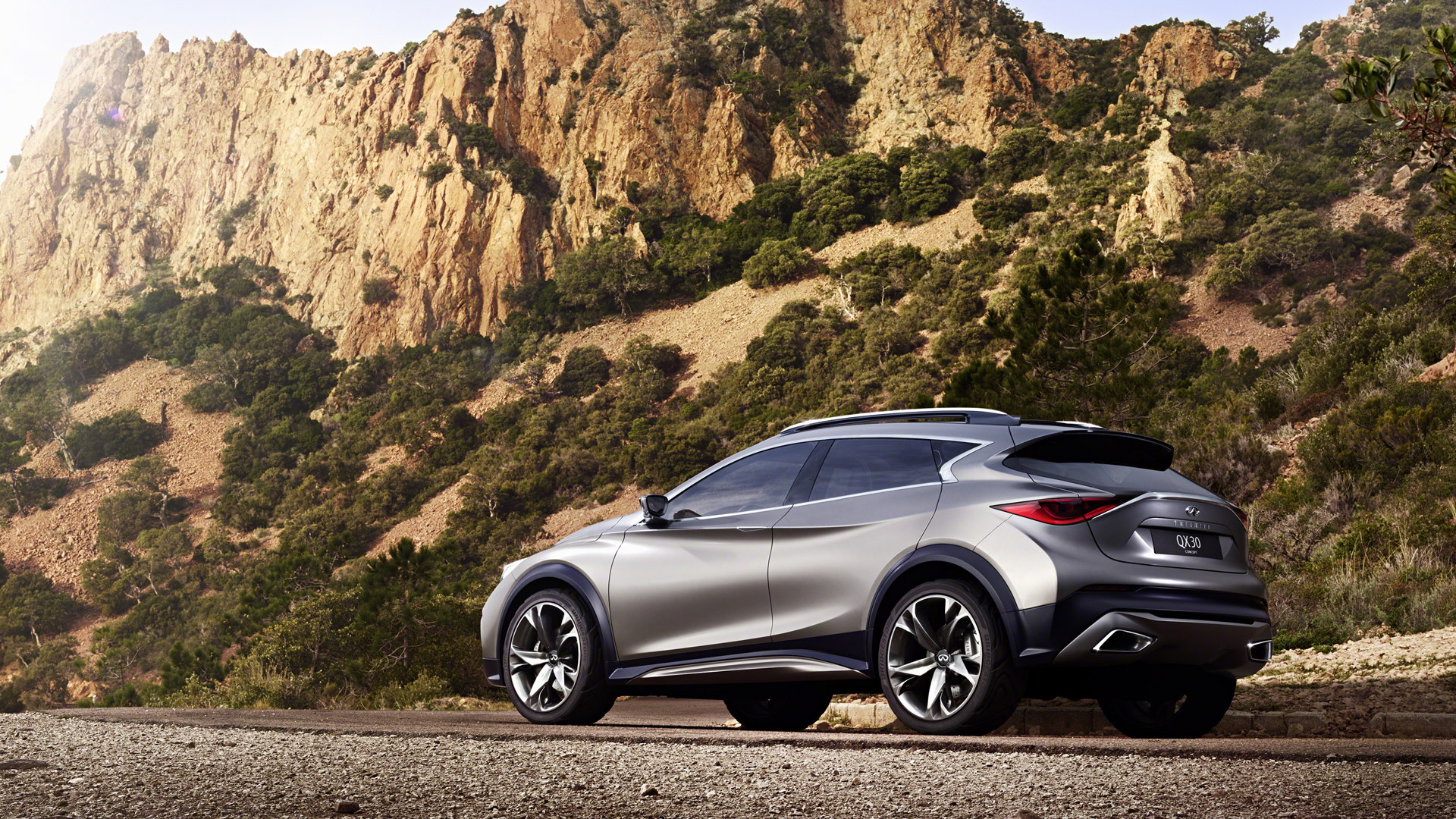 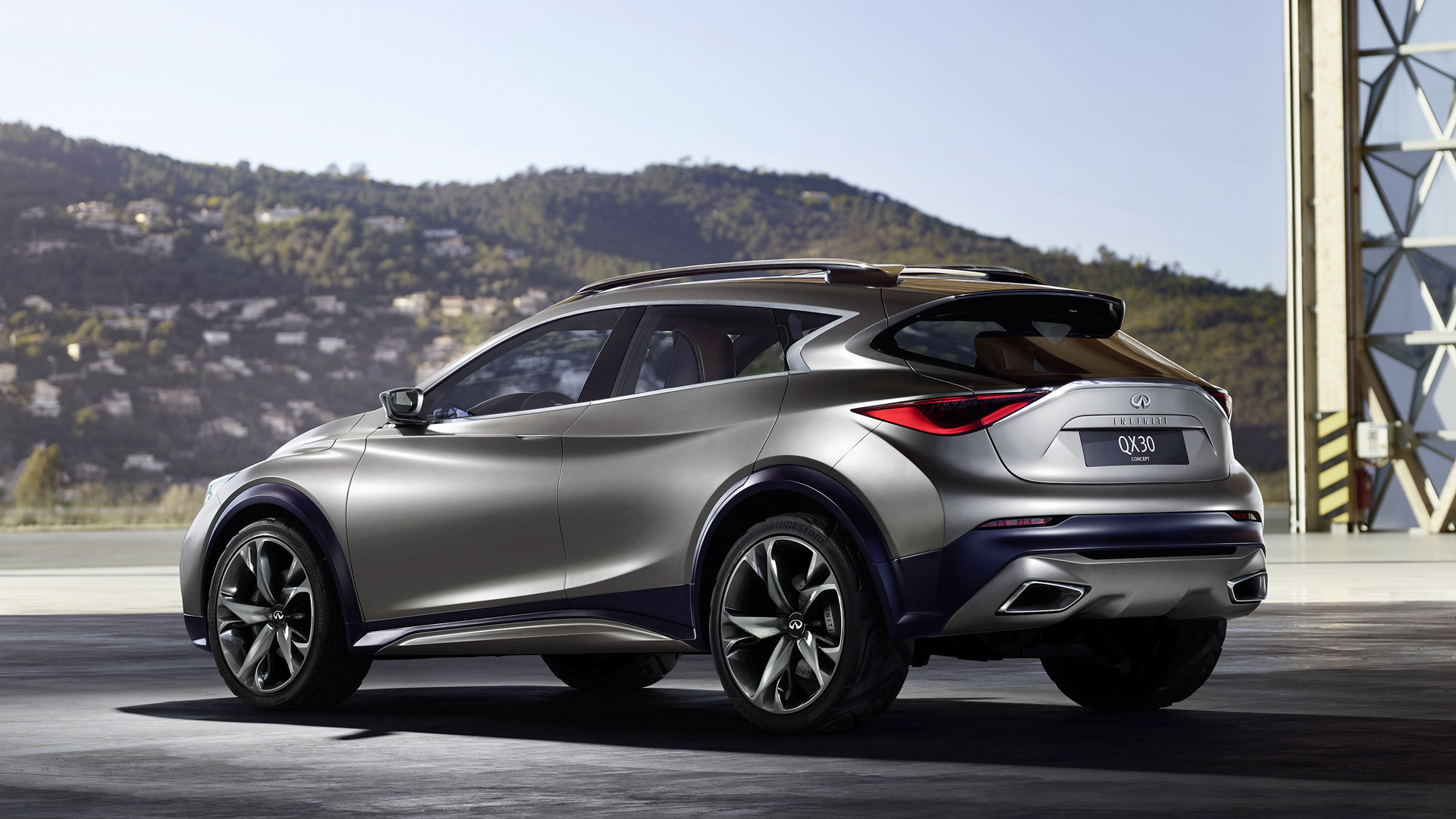 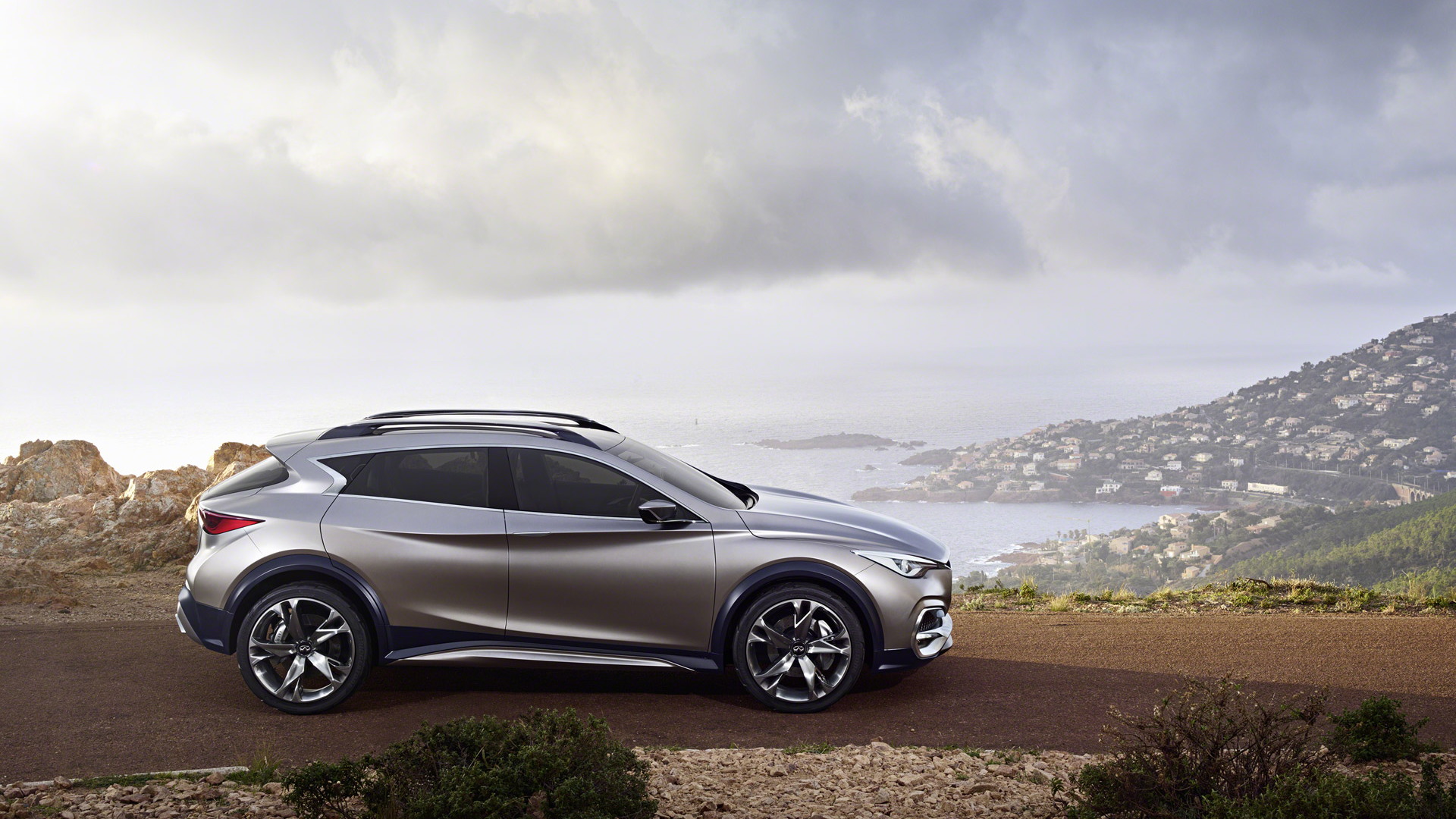 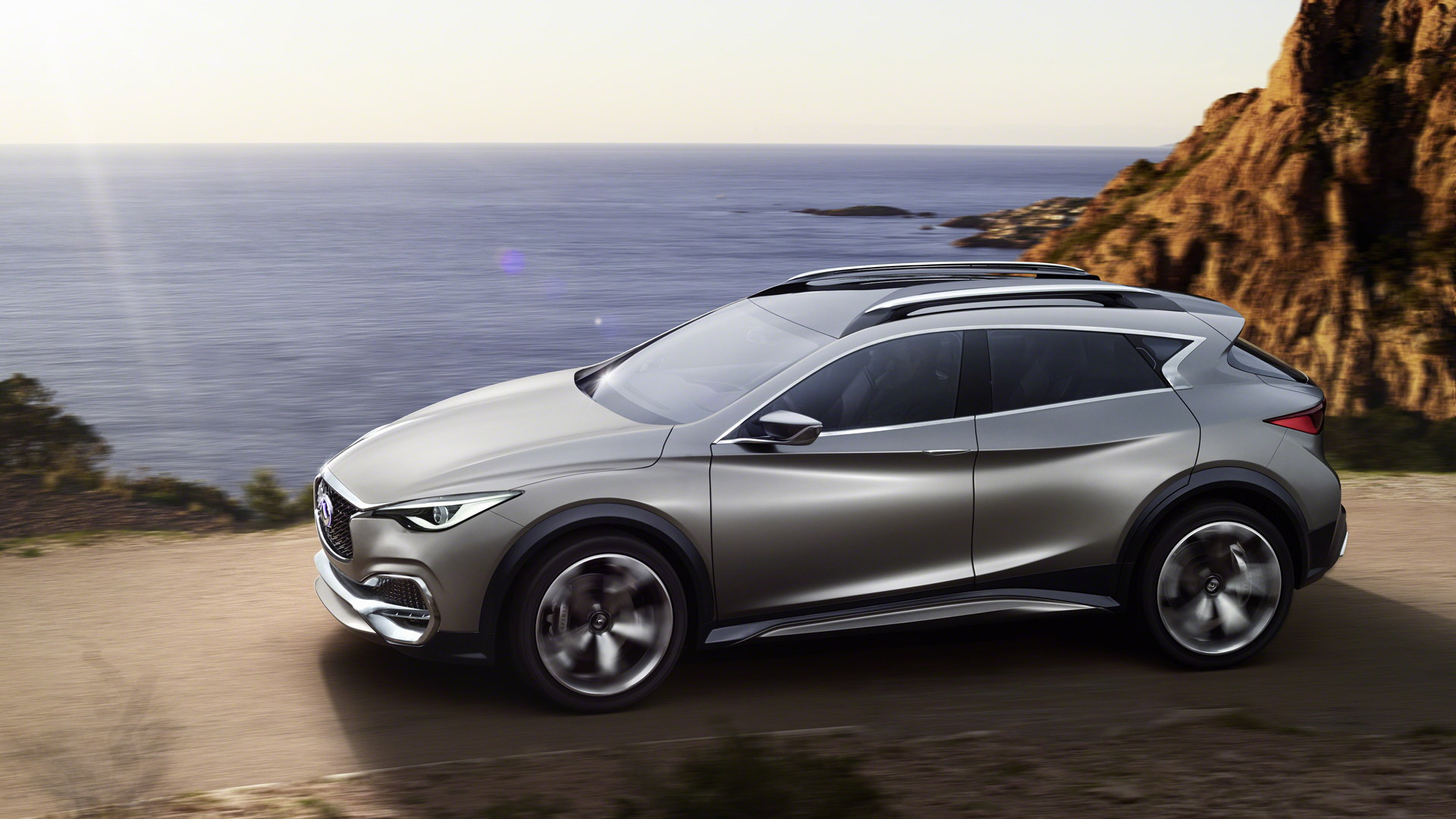 31
photos
The 2015 Geneva Motor Show will feature a concept car previewing one of the first products of the collaboration between Daimler and Nissan.

The Infiniti QX30 Concept is a compact crossover that shares a platform with the Mercedes-Benz GLA-Class crossover and CLA-Class compact sedan.

And it's likely very close indeed to a production model that will go on sale next year.

Along with the related Q30 hatchback, the QX30 will eventually go into production as Nissan's luxury brand extends its reach into the fast-growing small luxury segment.

Like the GLA, the QX30 is styled to look more like a hatchback with extra ground clearance than a traditional crossover.

A low roof line and steeply-raked windshield and back light give the QX30 a sportier appearance than most utility vehicles.

On the inside, there's seating for four. The seats are actually just U-shaped frames partially covered in leather, meant to to be lighter than conventional seats.

The production QX30 will likely feature more traditional seating, and will probably be able to accommodate five people.

The QX30 concept is powered by a 2.0-liter turbocharged four-cylinder gasoline engine, which drives all four wheels through a seven-speed automatic transmission.

That mirrors the powertrain offered in the Infiniti's Mercedes siblings in the U.S.

Infiniti says multiple powertrain options will be offered on the production version. That includes at least one diesel engine, although that will likely only be available in Europe.

The Continent will be the largest market for both the QX30 and Q30, Infiniti says, although both will also be sold in the U.S.

Both models will be built at Nissan's factory in Sunderland, England.

Production of the Q30 will begin later this year, with the QX30 slated to follow in 2016.

For more on the new production and concept car debuts from the event, head over to our dedicated Geneva Motor Show news page.