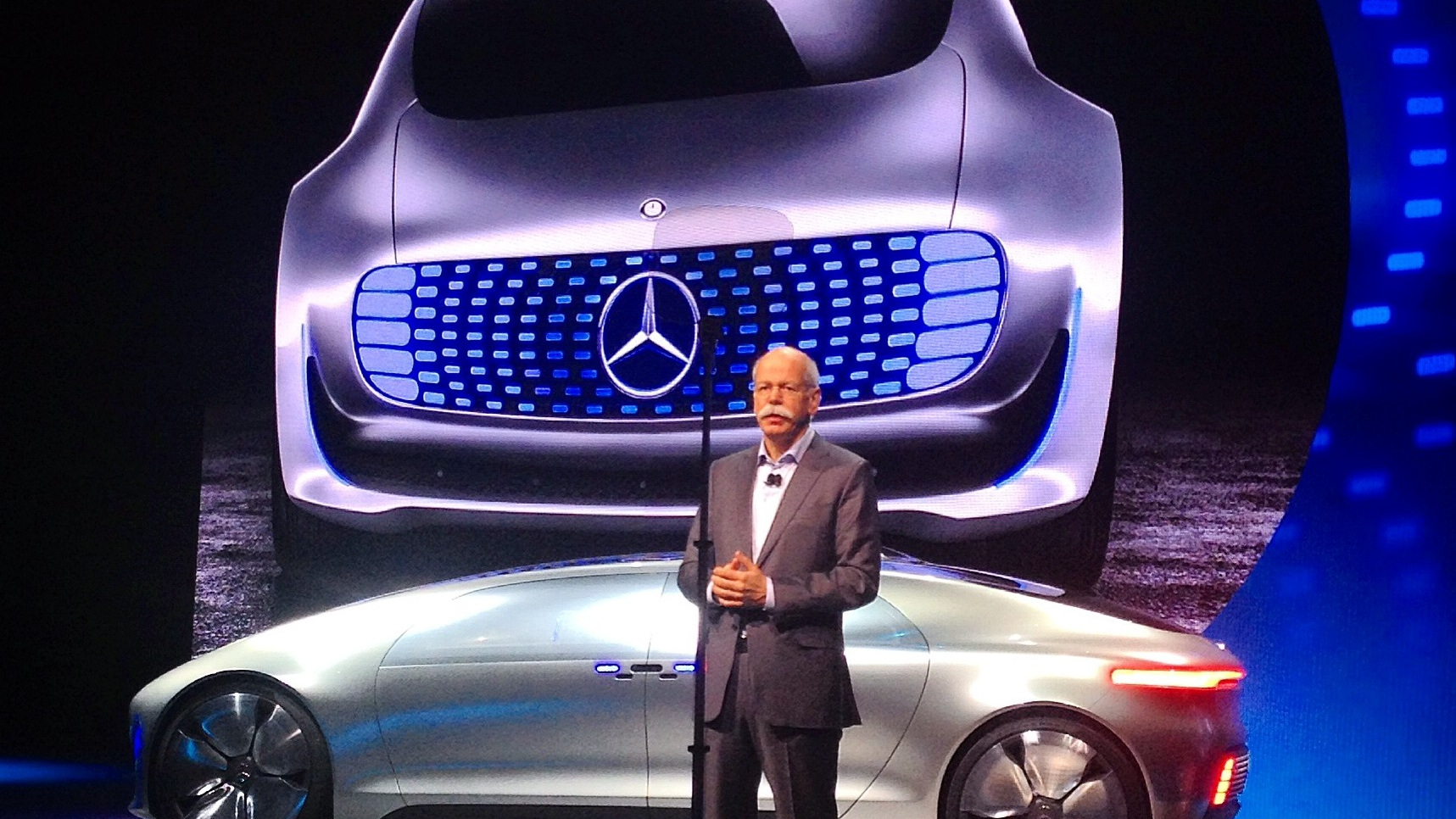 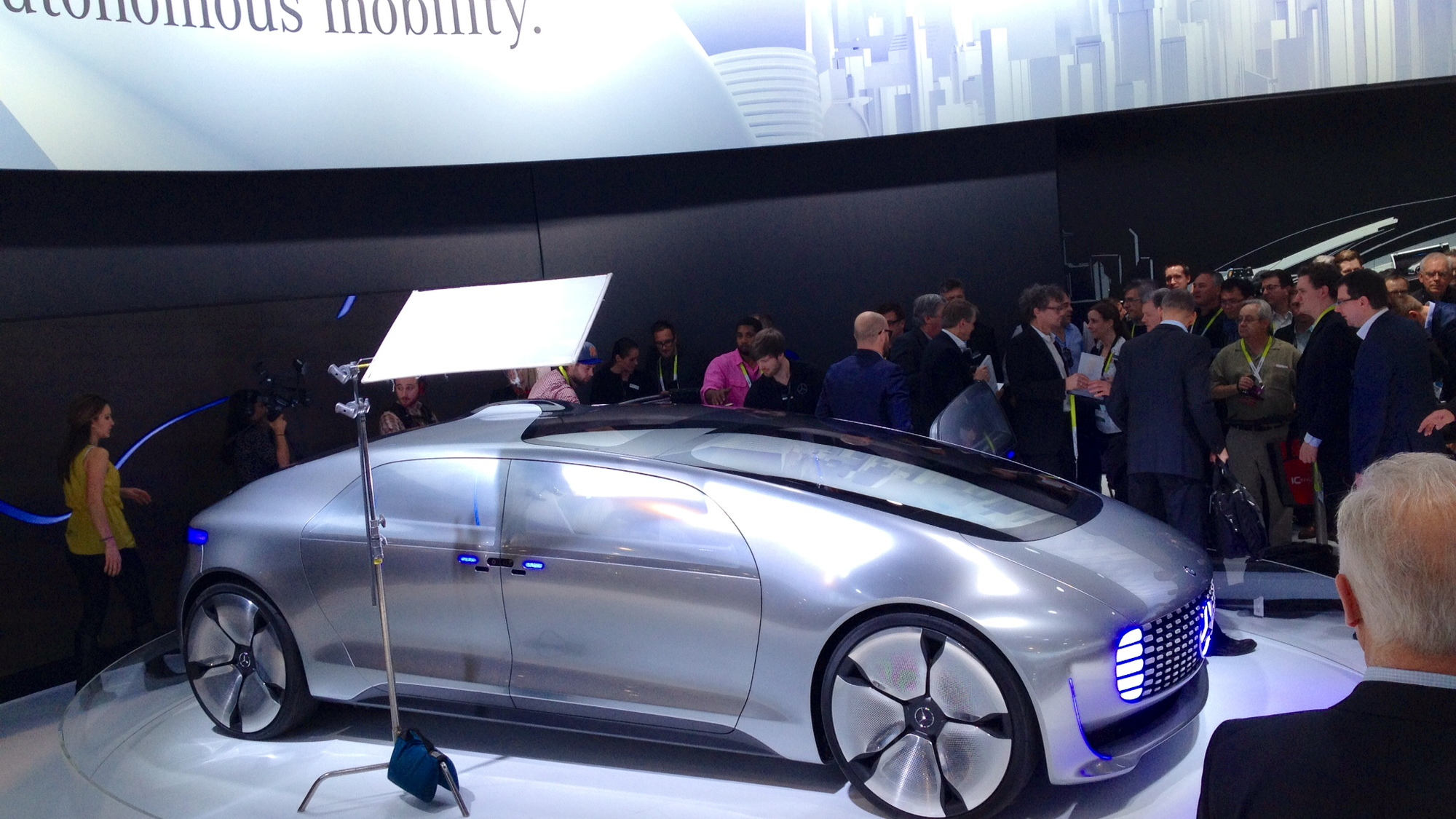 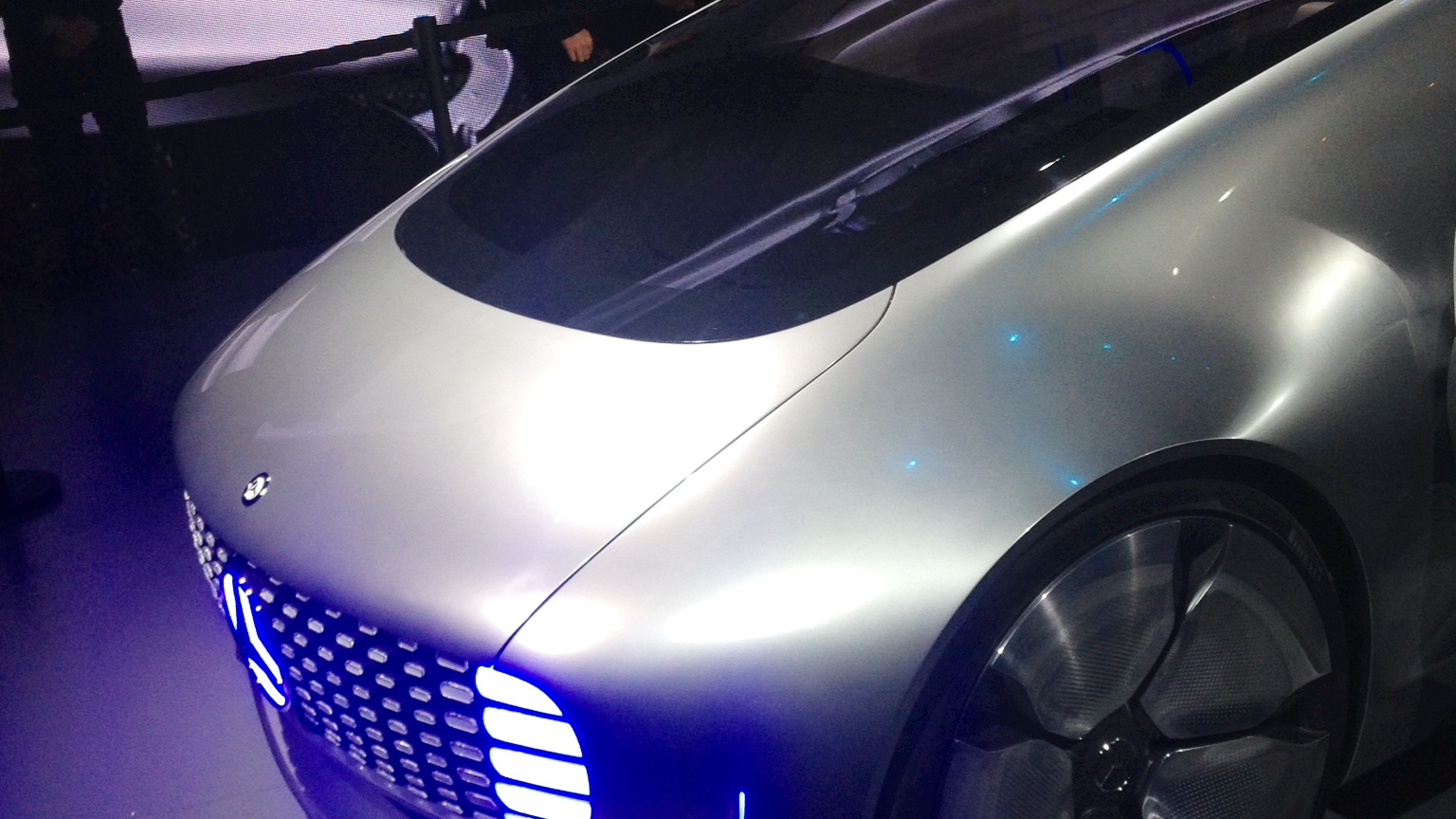 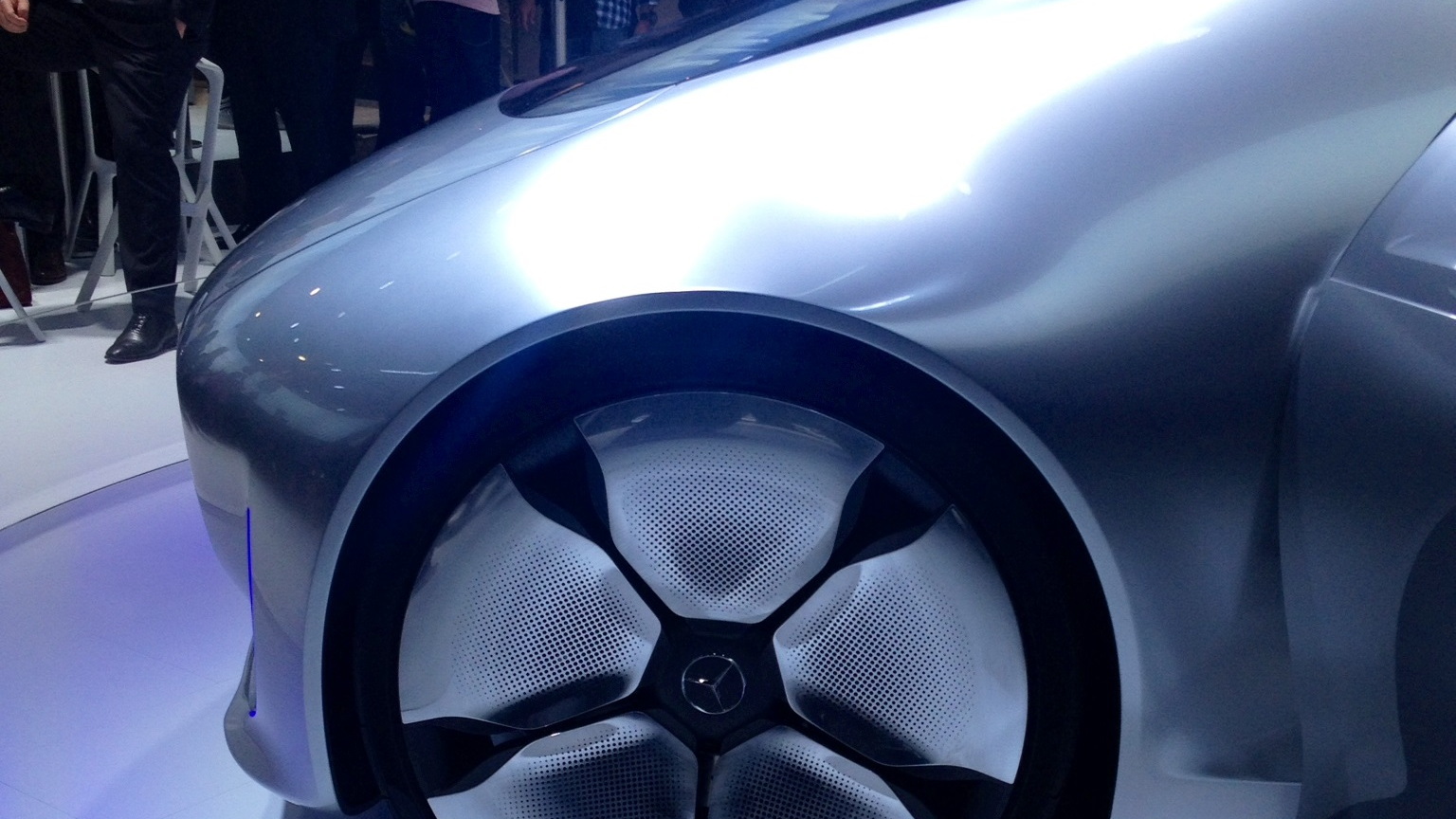 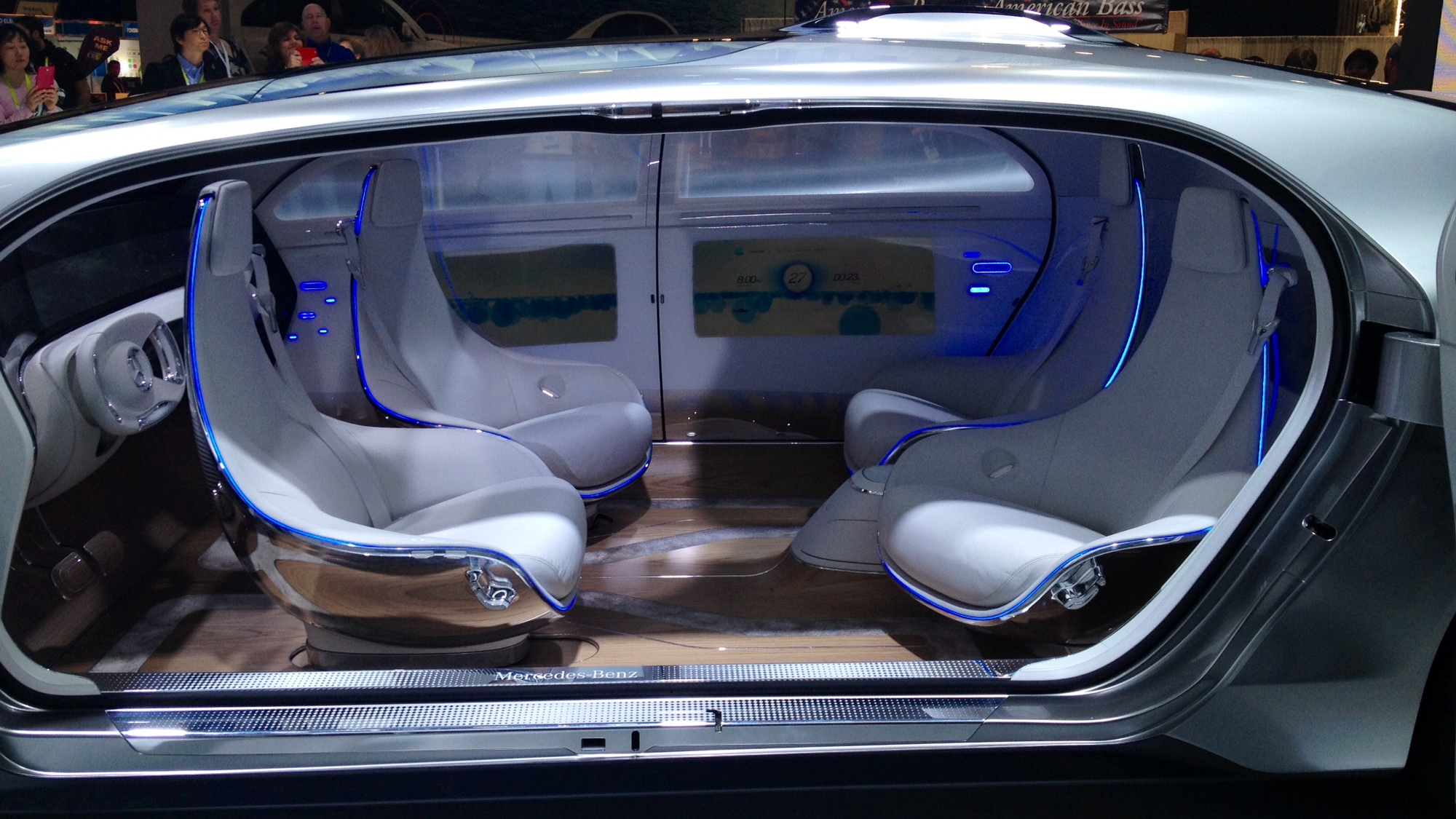 The 2015 Consumer Electronics Show took over Las Vegas this week, and more than ever, we’ve been given a glimpse into how the automotive industry may evolve and advance, technologically.

We scoured the convention halls in Sin City—trust us, with all the techies in town, the biggest sin may have been all the awkward eyewear this week—and distilled our conversations with executives and thought leaders to bring you the three key trends we’re seeing.

Mercedes-Benz, Hyundai, and Volkswagen all showcased forward-thinking, Minority Report-like technology that eliminates the need for buttons in vehicles, replacing them with sensors that can detect motions.

You can turn on the lights, access different menus, or browse through your music and contacts, all without having to touch anything. But don’t bank on seeing this in production any time soon.

“It’s pretty far out there,” said one exec who very reasonably requested to remain anonymous.

“Sometimes, just having a simple button or knob there is easier.”

The autonomous driving conversation has really ramped up in the last couple of years, but rather than being a decades-out Jetsonian illusion, things are advancing at a very rapid pace.

Malabuyo said the form it will debut in is still not clear—it could be speed-restricted to only residential neighborhoods, or freeway-only—but he believes we’ll see active autonomous vehicles, beyond just testing, sooner than most people believe.

If further proof was needed, beyond showing off its autonomous Prologue Concept, Audi had invited journalists to pilot a self-driving Audi A7 from California to Las Vegas, arriving in time for the show.

Even Ford CEO Mark Field’s keynote speech addressed the topic, saying “our priority is in making the first Ford autonomous vehicle accessible to the masses.”

Mercedes-Benz chief Dieter Zetsche debuted the F015 Luxury in Motion research vehicle during his keynote address, a concept that envisioned a sleek luxury lounge, with the vehicle’s autonomous capability almost a foregone conclusion.

Most importantly, they would offer us the single most important luxury good of the 21st century: “private space and quality time.”

While legislation remains the biggest obstacle in North America, automakers are hard at work evolving semi-autonomous features. In time, these will likely take us all the way to self-driving capability.

A while back, when Tesla announced it would make available its electric car patents, it was considered a bold move that seemed likely to advance the industry as a whole.

Perhaps taking a cue from Tesla CEO Elon Musk, Toyota used the CES stage to announce it would open its patented fuel cell technology to the industry as well, releasing more than 5,600 patents in the hopes of advancing the hydrogen-powered car.

That said, this year's CES didn't hold a lot for fans of plug-in electric vehicles. For that, we now look to this week's North American International Auto Show.