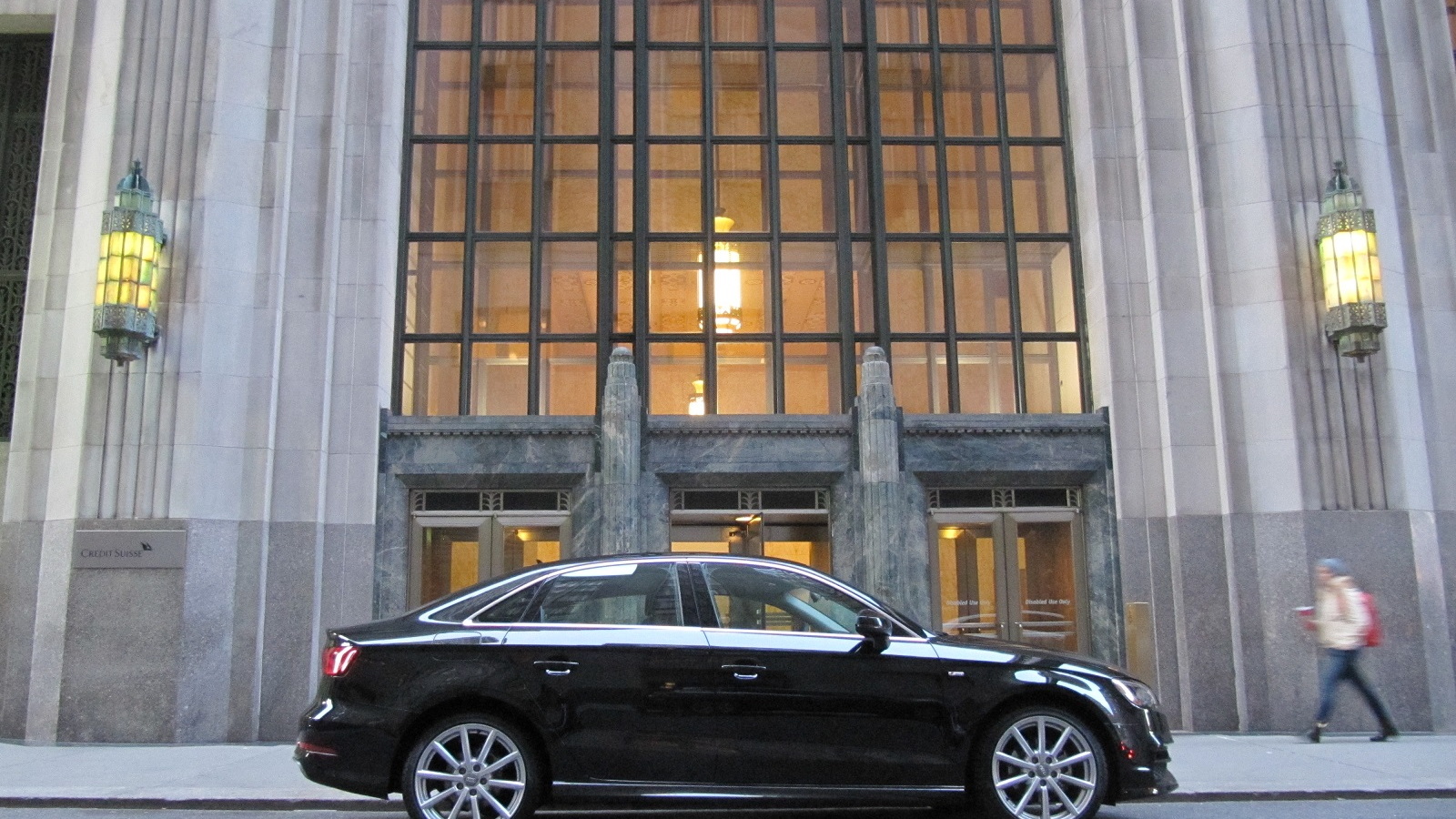 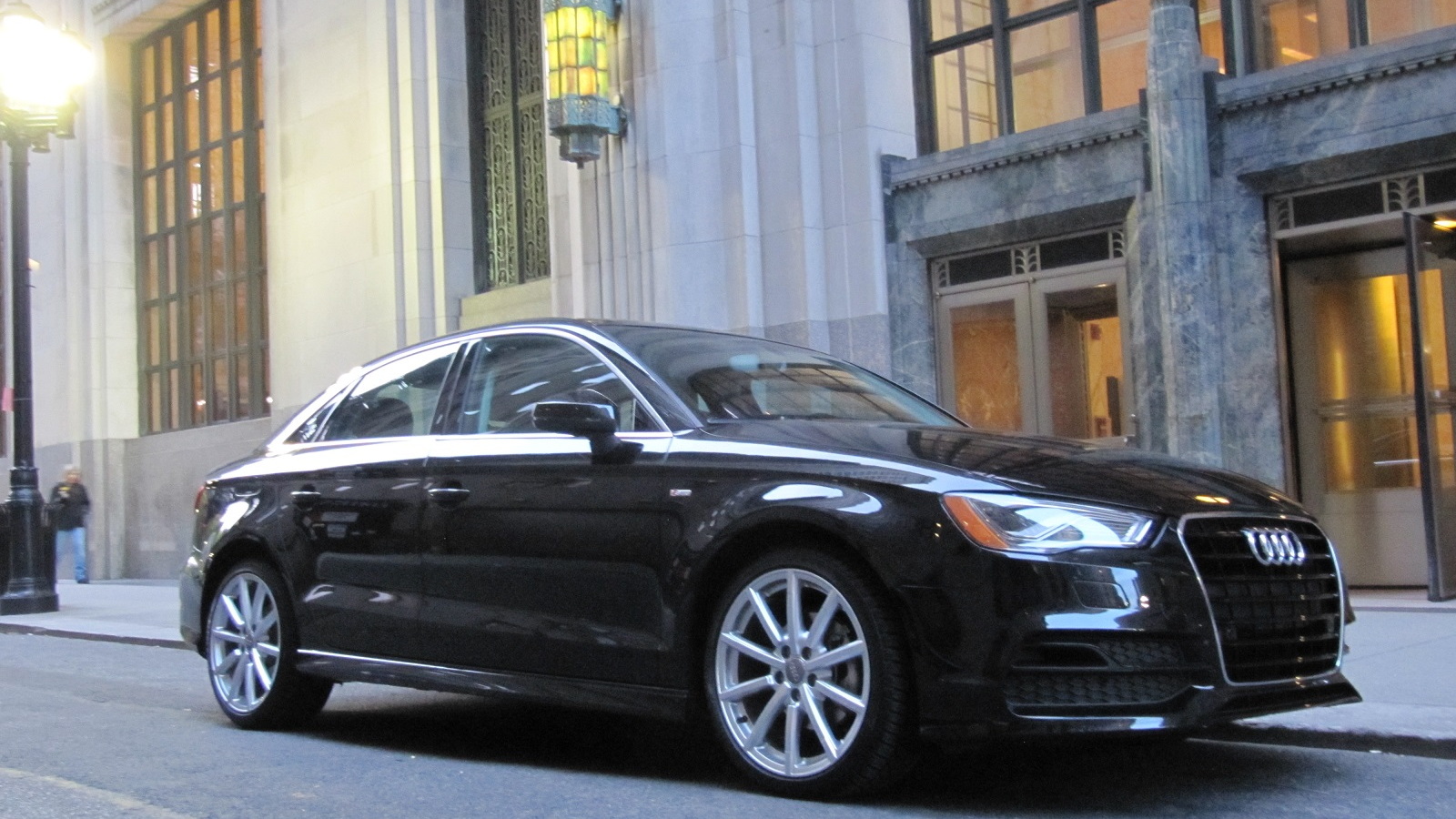 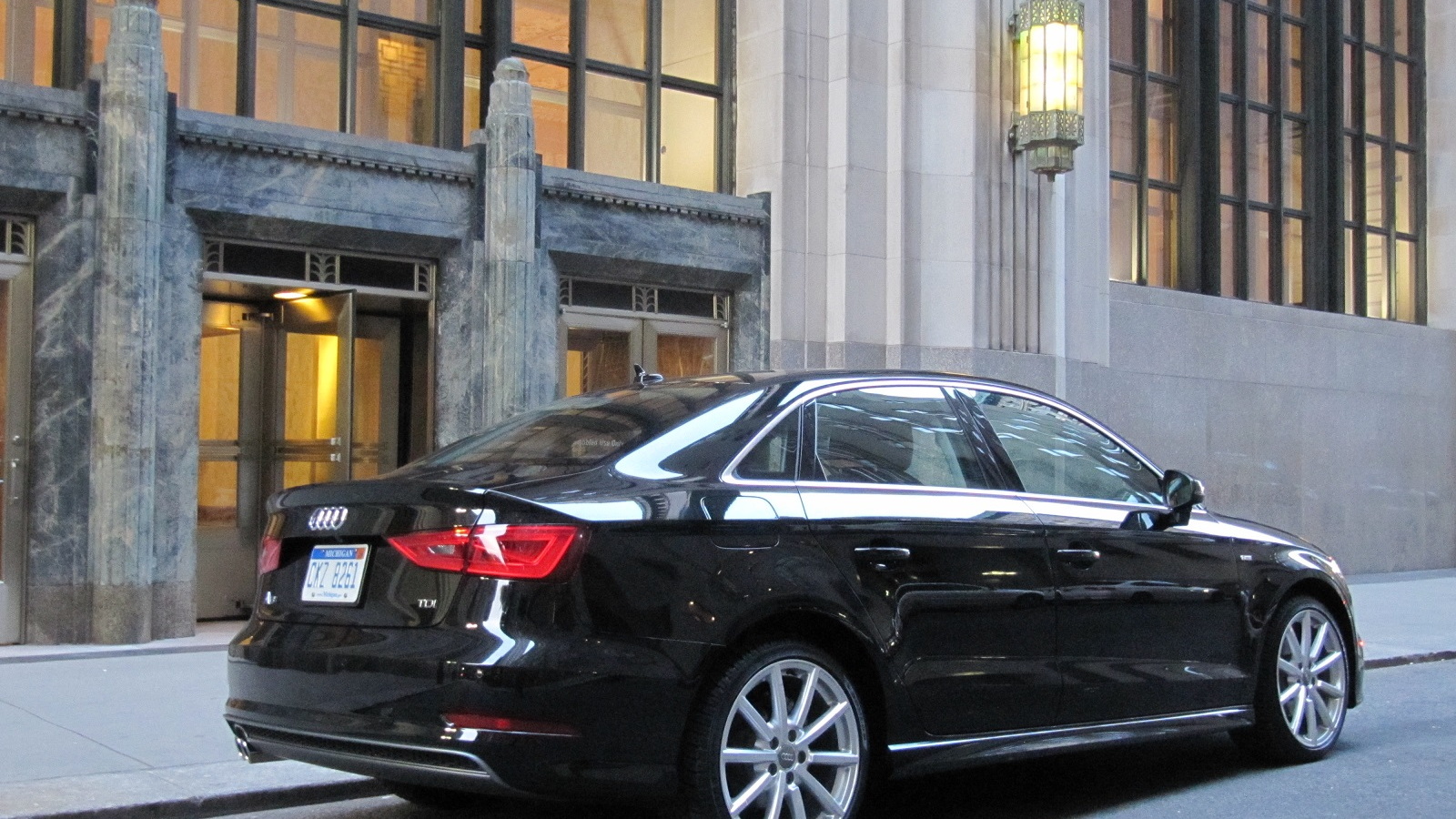 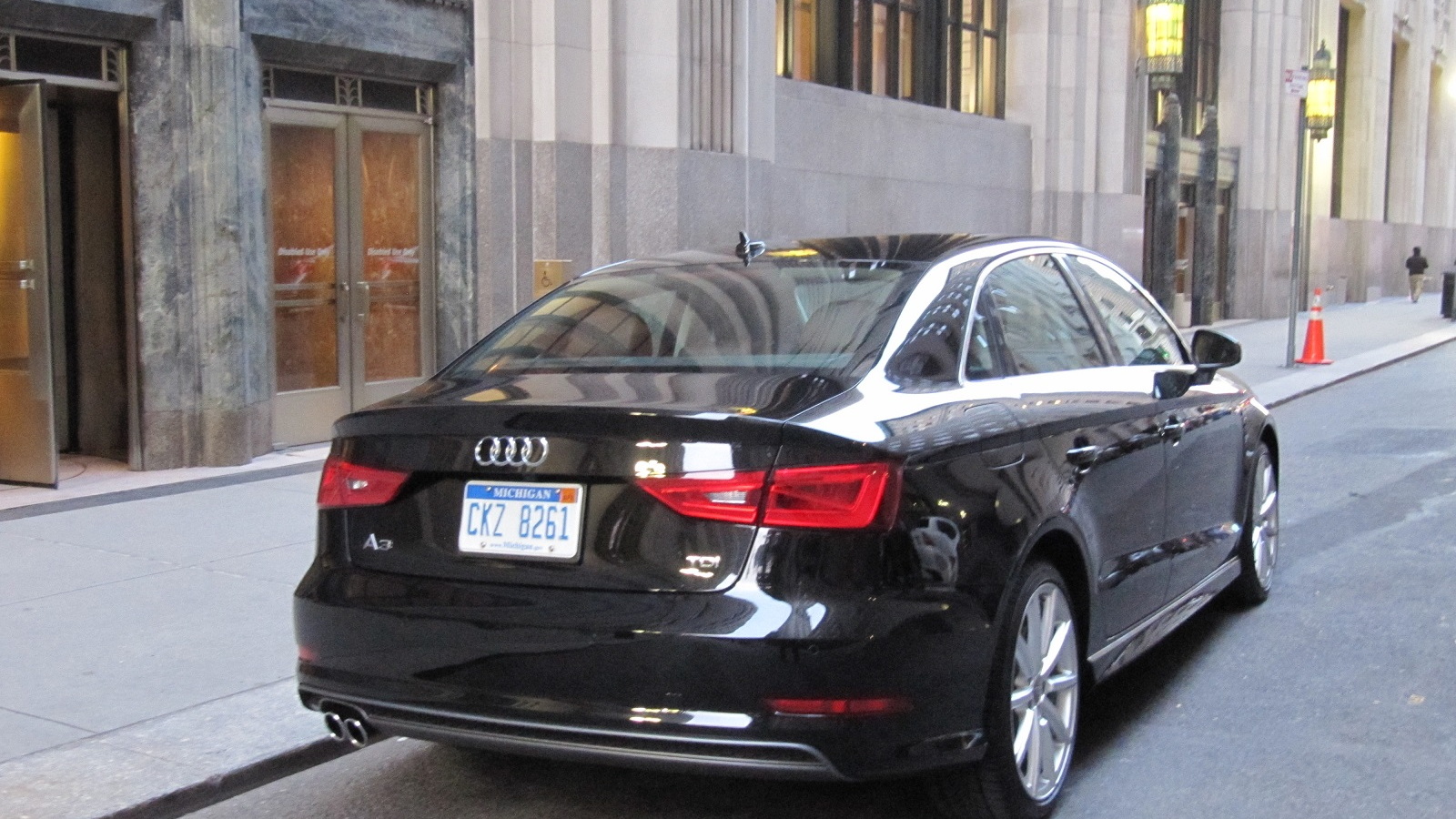 The 2015 Audi A3 is the first all-new version of the compact luxury car since it was launched in the U.S. as a 2006 model. And there are a lot of changes.

Most noticeable is its evolution from a five-door hatchback to a four-door sedan, facing it off neatly against the Mercedes-Benz CLA (also a compact, front-wheel-drive sedan).

The understructure is all new, built on a shared VW Group architecture that's also used for the 2015 Volkswagen Golf and the upcoming new Audi TT sports car.

These underpinnings will ultimately spawn dozens of vehicles--including the next VW Passat mid-size sedan and a variety of other Audis, but the A3 sedan came first.

(There will be a hatchback A3 as well, but only for the A3 e-tron plug-in hybrid model, and that car's launch been delayed until roughly a year from now.)

We recently spent a weekend with a 2015 Audi A3 TDI diesel sedan, doing errands in and around the New York City area, to see what its real-world fuel economy was like in a mix of driving.

Unlike our usual test cycle, which is about two-thirds highway miles, this one fell more heavily into the "mixed city and suburban" category.

The 2015 A3 TDI is rated at 36 mpg combined (31 mpg city, 43 mpg highway) with its new 150-horsepower 2.0-liter four-cylinder turbodiesel engine and six-speed dual-clutch automatic transmission, the only option available for the diesel.

Which pretty much squares with the idea that diesels generally meet their combined EPA ratings, but can do significantly better when driven largely at highway speeds.

For comparison purposes, the other engine offered in the front-wheel-drive 2015 A3 is a 170-hp, 1.8-liter turbocharged gasoline four-cylinder, also paired with the six-speed automatic. It's rated 25 percent lower, at 27 mpg combined (23 mpg city, 33 mpg highway).

A few impressions from our quick test drives:

Our test car, in the optional $550 Mythos Black Metallic paint with a Chestnut Brown interior, carried the impressive title of 2015 Audi A3 Sedan TDI Front-Wheel-Drive S-Tronic on the window sticker.

While the base price was $32,600, it was equipped with the $8,450 Prestige package that brings 18-inch 10-spoke alloy wheels, heated power front seats, auto-dimming mirrors, the MMI Navigation system, a parking proximity system with rearview camera, a Bang & Olufsen audio system, and a host of trim and appearance upgrades.

On top of that was an $800 Sport package, which brought front sport seats, a three-spoke steering wheel with paddle shifters, and a retuned sport suspension.

Adding the mandatory $895 destination fee, the bottom line came to a substantial $43,295.

If you want the same powertrain, but in a less expensive vehicle on the same underpinnings--and in a hatchback body--you may wish to consider the 2015 Volkswagen Golf.

The next generation of VW Jetta, however, which will be a closer match to the A3, is still a few years away (the current Jetta dates back to 2011, although it too now has the same new 150-hp turbodiesel).