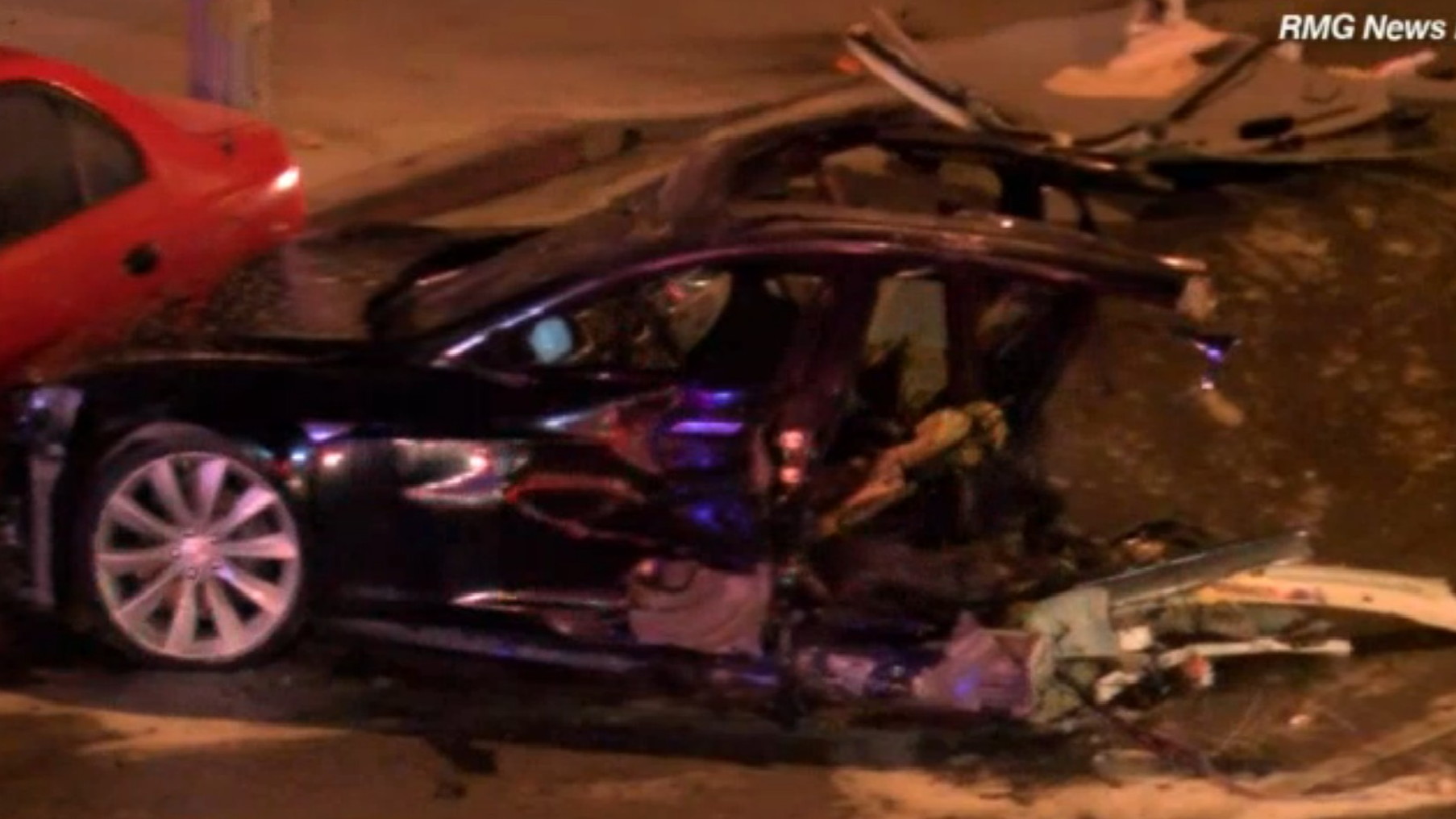 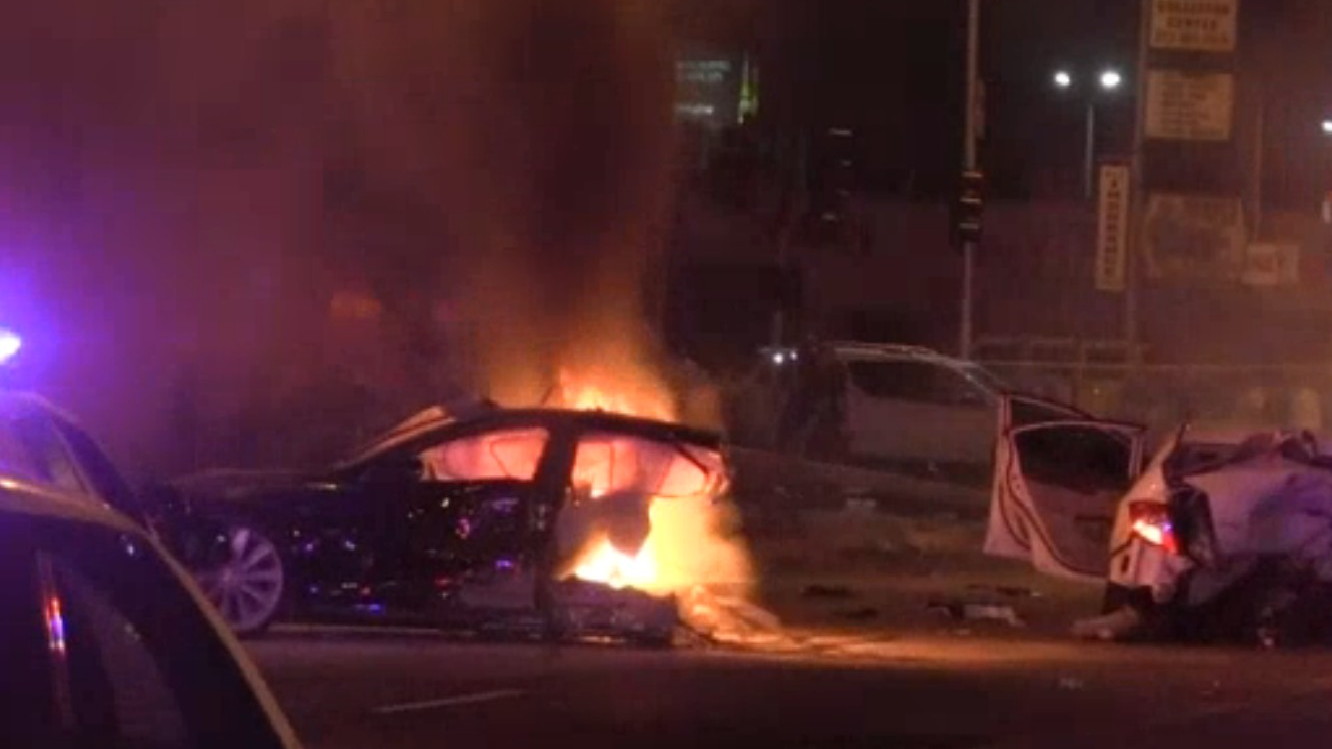 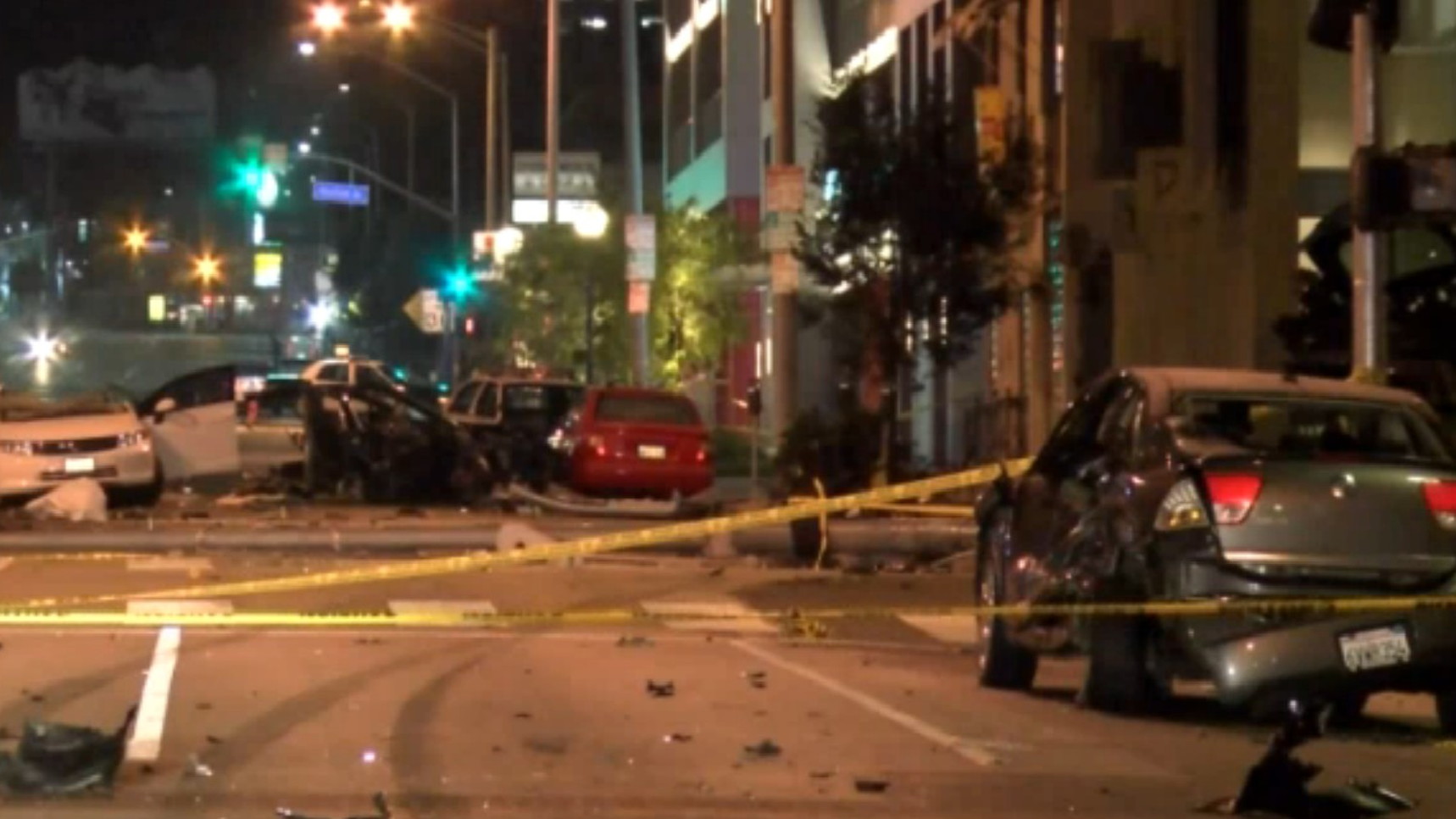 Officers reported chasing the Model S at speeds of up to 100 mph before the stolen vehicle hit another car on North La Brea Avenue.

The Tesla then collided with a light pole that split the car in half. The front half of the car caught fire when the battery pack ignited, while the rear half became wedged in the entrance to a building.

Two passengers in the Honda also involved were admitted to hospital in serious condition, while another was described as critical. The man who stole the Tesla, flung from the car in the accident, is also critical.

According to Bloomberg, Tesla spokesman Simon Sproule says the company "continues to cooperate" with the LAPD, without elaborating further.

The police department confirms that the vehicle was originally stolen from "a dealership in the 5800 block of Centinela Ave".

Police previously revealed the chase started around 12:50am, after attempting to pull over the stolen Tesla. Two officers were also injured during the pursuit, when their vehicle struck a median.