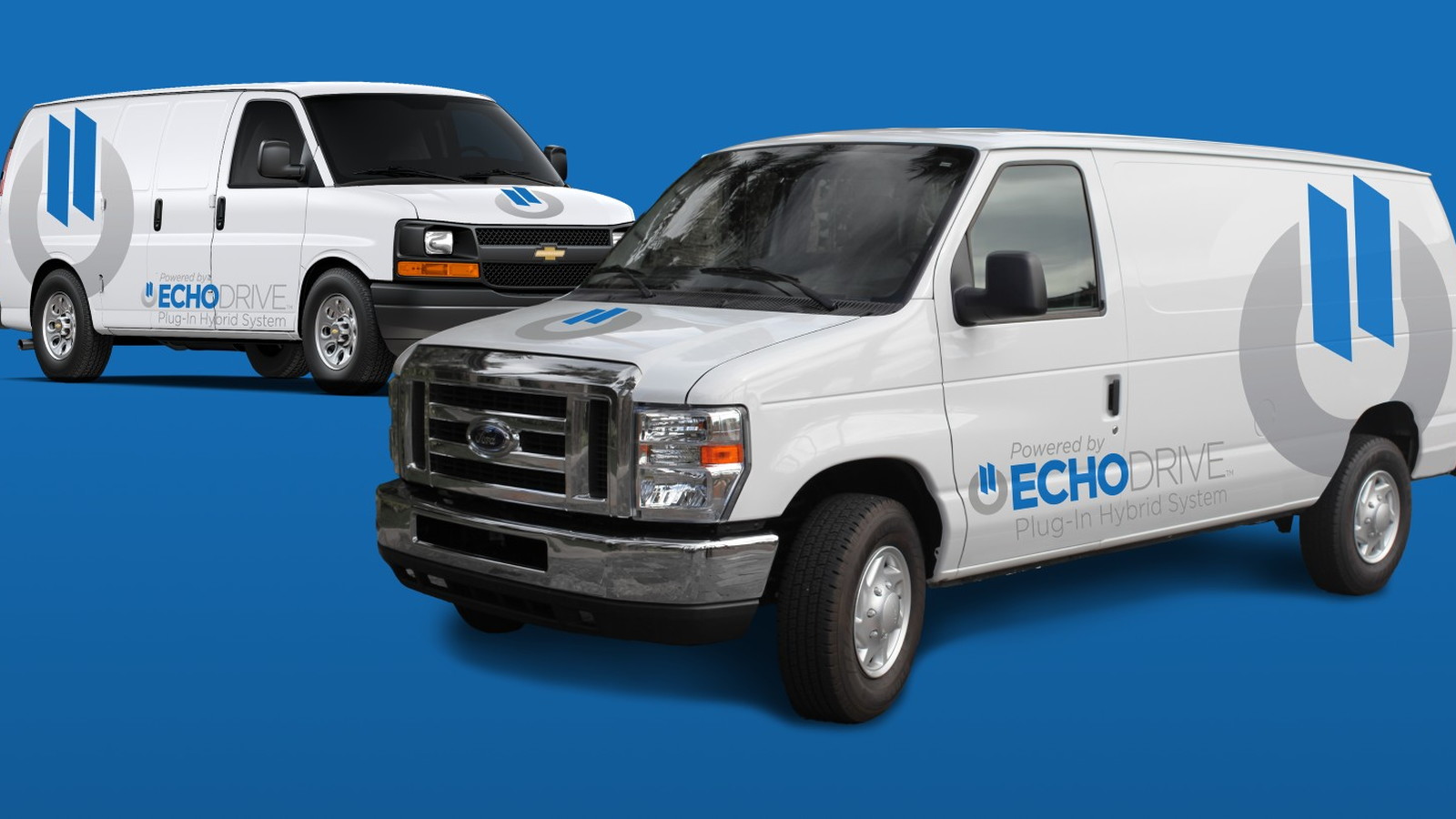 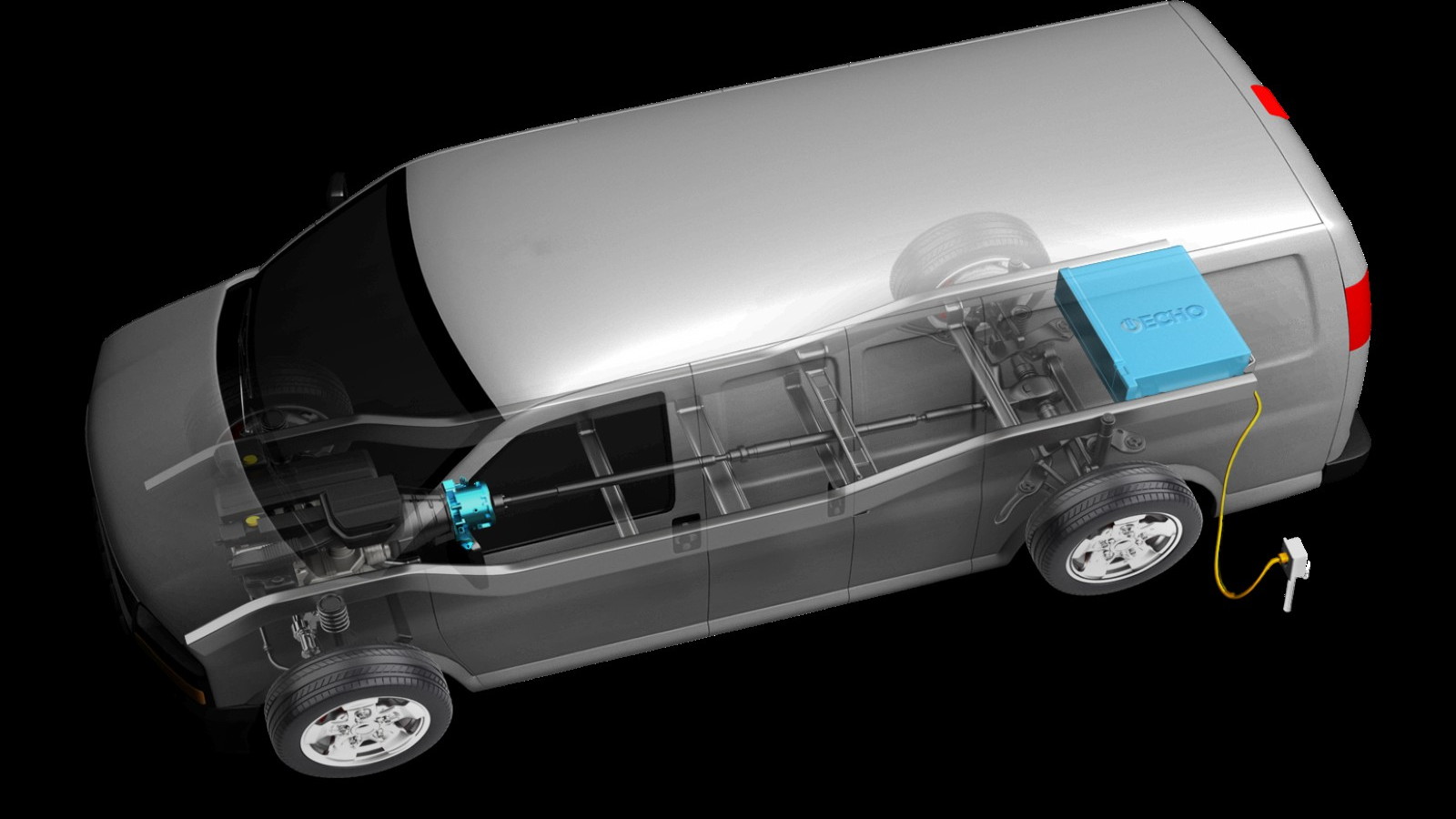 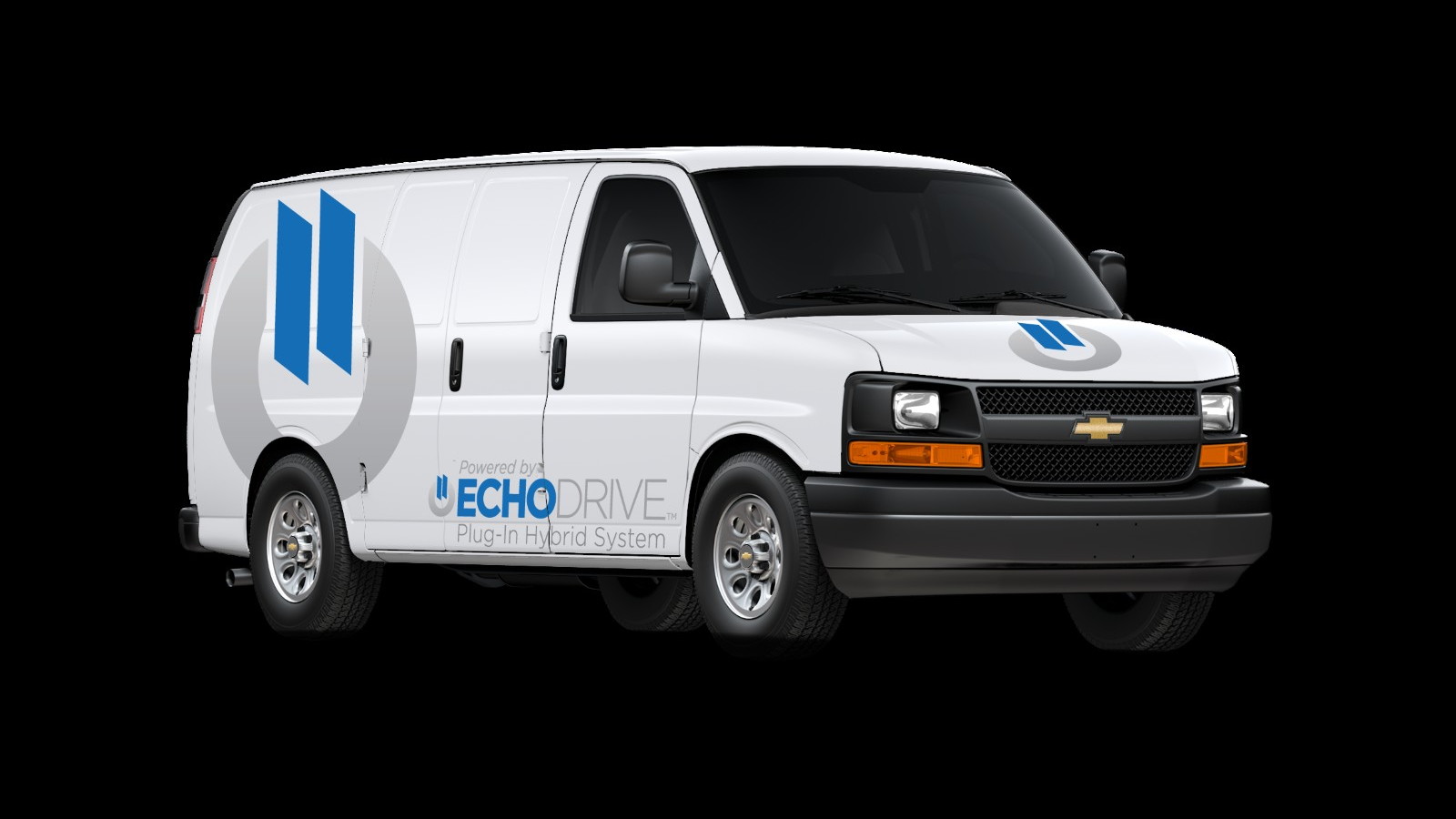 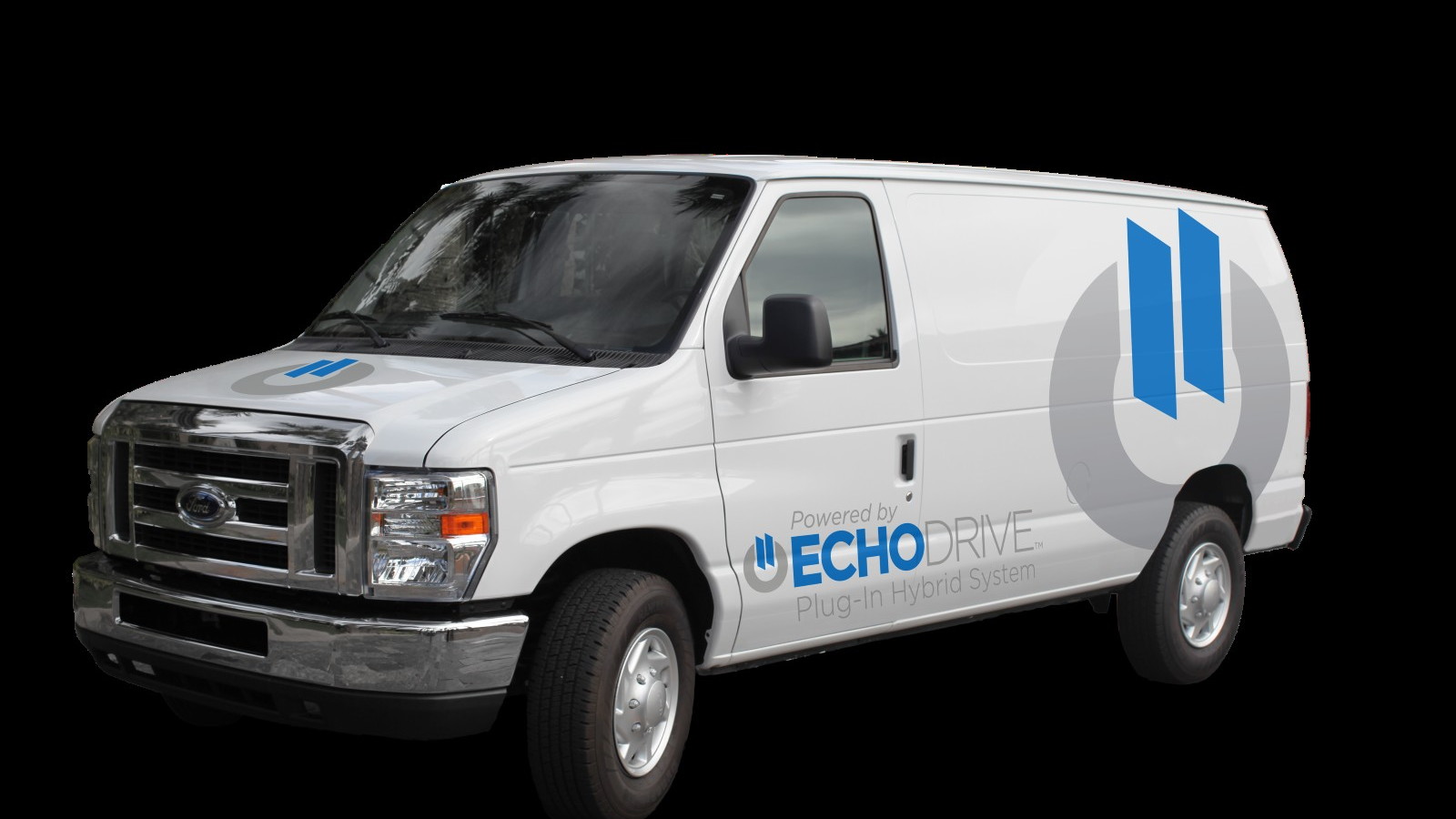 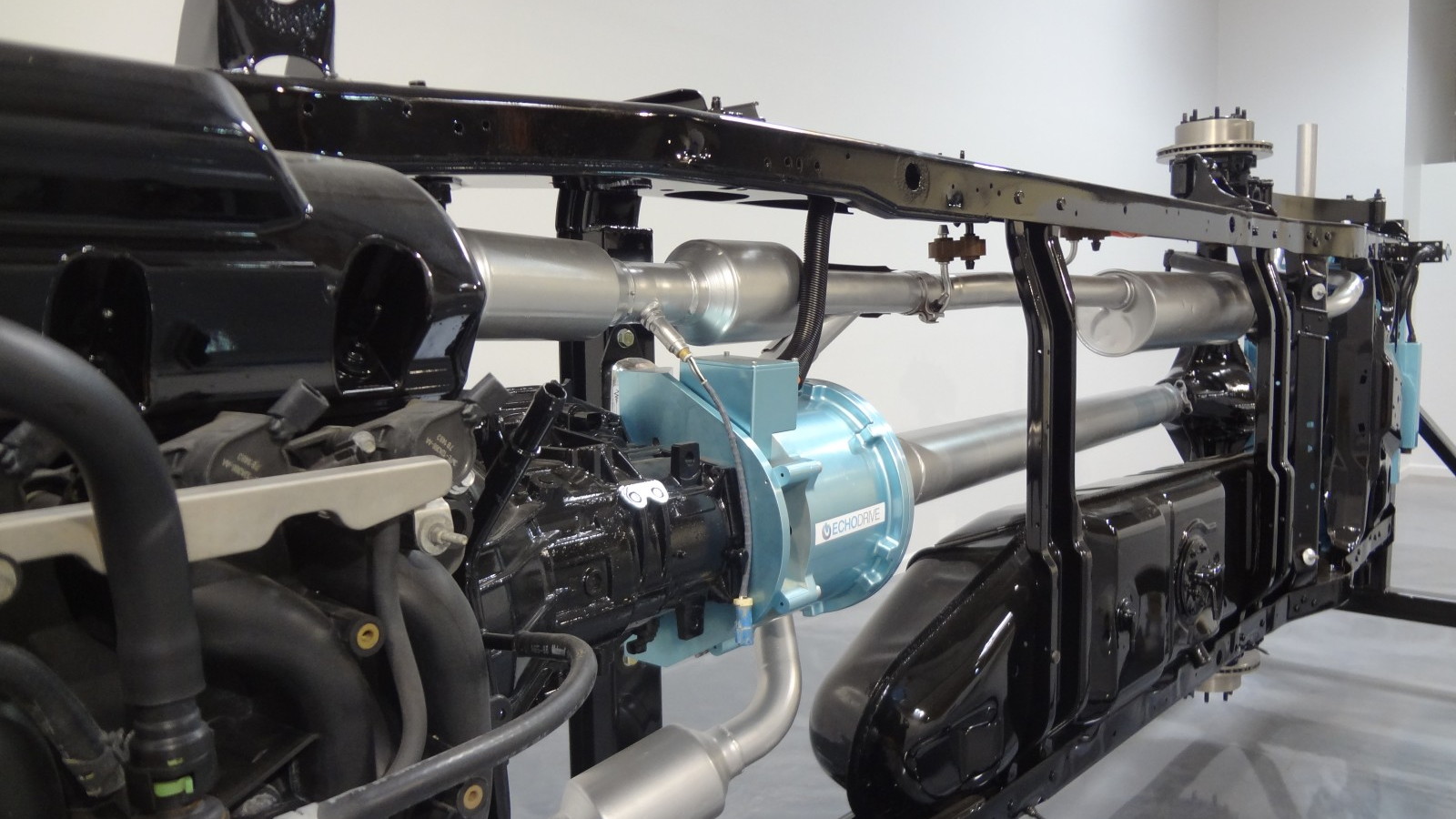 6
photos
"Green is a tough sell if it doesn't actually save money."

Those are the words of Echo Automotive chairman Jason Plotke, whose company aims to make bolt-on hybrid solutions for existing commercial vehicles a reality.

Speaking to Charged EVs, Plotke says he's explaining very clearly the advantages of running the company's electrification kits to fleet operators, who more often than not are concerned about the bottom line.

That bottom line looks pretty good with Echo's kits--between $30,000 and $45,000 in fuel savings over a ten-year period, on a vehicle like the Chevy Express or Ford E-Series vans used in the company's literature.

The variation depends on future fuel prices--which will likely rise over the next decade. Current savings are said to be around $3,000 per year, for 30,000 miles per year.

Echo's kits are effectively a bolt-on solution, allowing companies to use regular vehicles without changing the vehicle's architecture.

It's not the only company providing accessory hybrid solutions, but it might be more realistic than many.

Plotke is realistic about its effectiveness, and happily admits it doesn't give the highest outright efficiency of similar solutions on the market. But it's efficiency and cost balance is enough that companies could see return on investment in as little as three or four years.

That may make it more attractive than say, VIA Motors' electric trucks--which tout high performance and impressive all-electric range, but also require a hefty sum to purchase.

Echo's 'EchoDrive' system uses a 9.4 kilowatt-hour lithium-ion battery pack, mounted in the spare wheel well. The car's Level 1 and 2 charger, system controller and inverter are all part of the same pack, so various components aren't scattered around the vehicle.

This all supplies power to an induction motor, bolted between the transmission and the vehicle's driveshaft. If at the end of the vehicle's life with a company the subsequent owner wants to remove the hybrid kit, the bolt-on nature means they can do so without issue.

It's best described as a mild hybrid system, like that used by GM with its eAssist setup, or Honda's outgoing Integrated Motor Assist system.

As such, Plotke says it can't power the vehicle on electric propulsion alone, but provides plenty of assistance. So much so, in fact, that the company claims a 50 percent economy improvement on the vehicles it's designed for. Third-party fleet testing realized improvements between 42 and 58 percent in normal driving.

Like GM and Honda's systems, EchoDrive also uses regenerative braking to charge the battery. A small lever on the steering column can vary the amount of braking regeneration, and therefore deceleration.

Improvements in gas mileage do--as ever--depend on usage. Highway drivers will see smaller improvements than city fleets, for example. But the plug-in element means any driver with access to a charger can top up the battery and benefit from extra assistance at any time.

Echo's system also provides analytic data, so fleet managers and the drivers themselves can tailor their driving to make best use of the system, saving more gas.

No company is guaranteed success, of course, and Echo Automotive knows this more than most--the company recently acquired the assets and intellectual property of failed hybridization startup Bright Automotive, once granted investment by GM.

But by producing a kit alone, with no re-engineering requirements or ground-up vehicle builds, Echo's approach could be more realistic--and potentially more successful--than those that have come before.