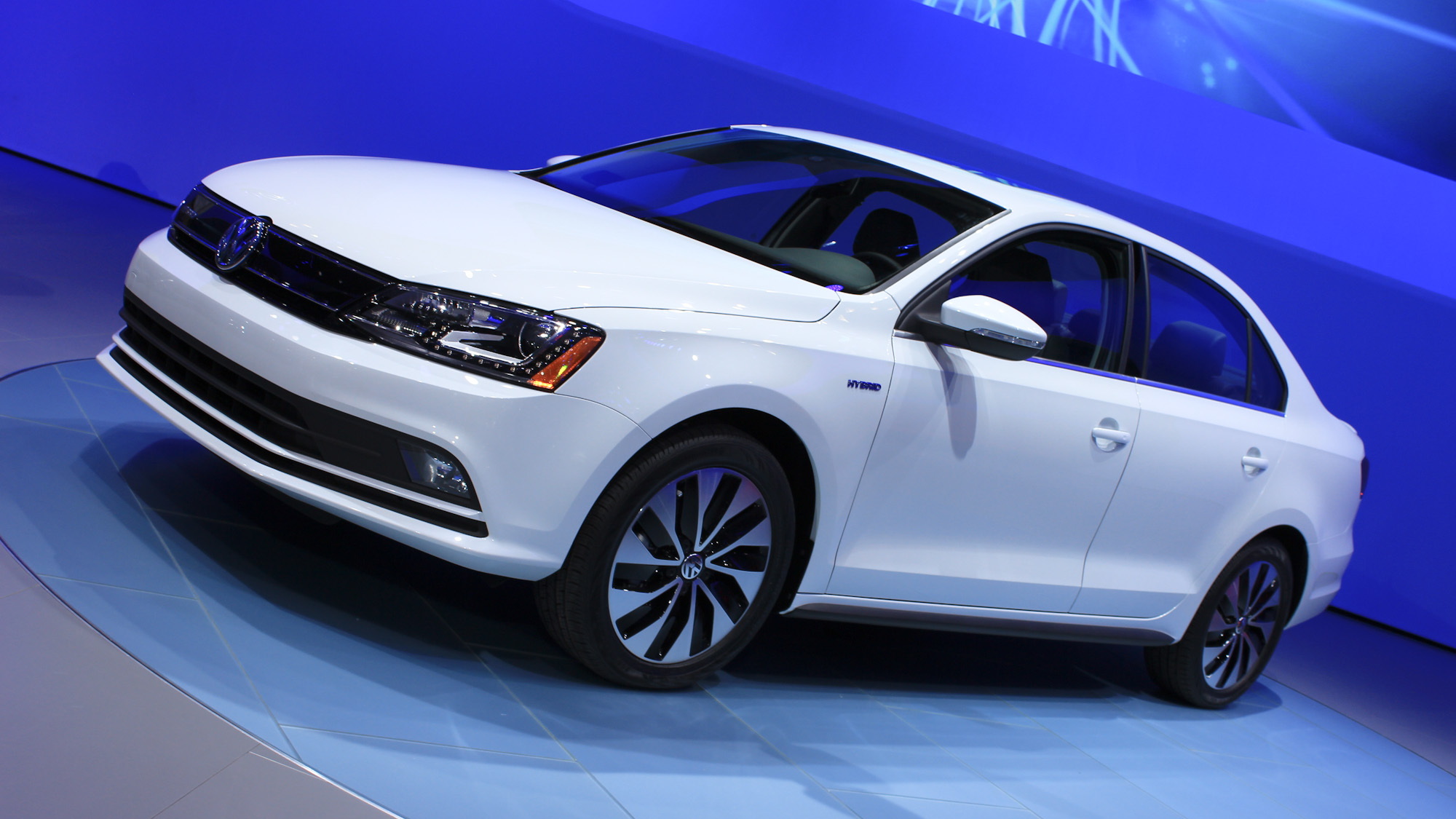 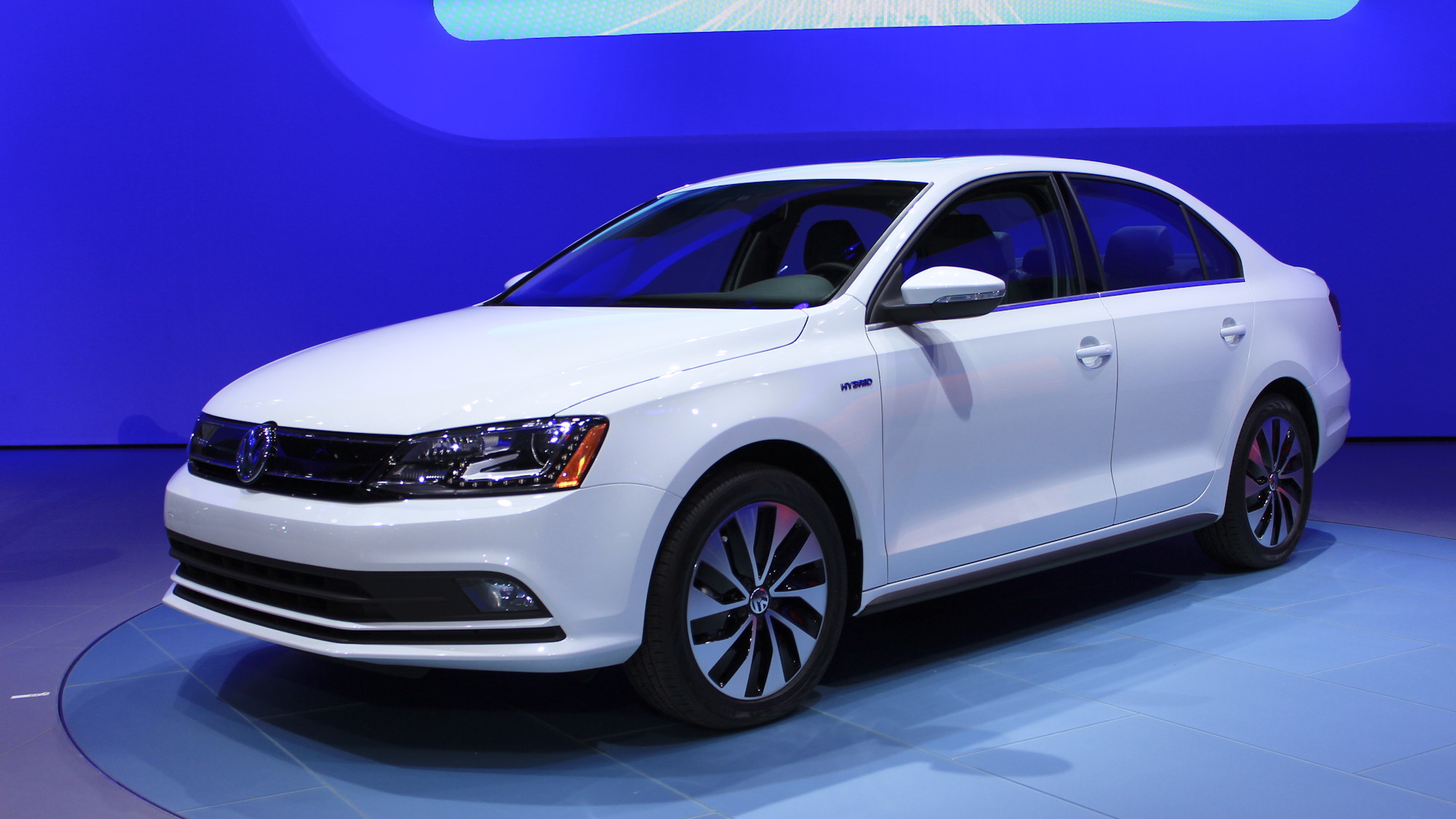 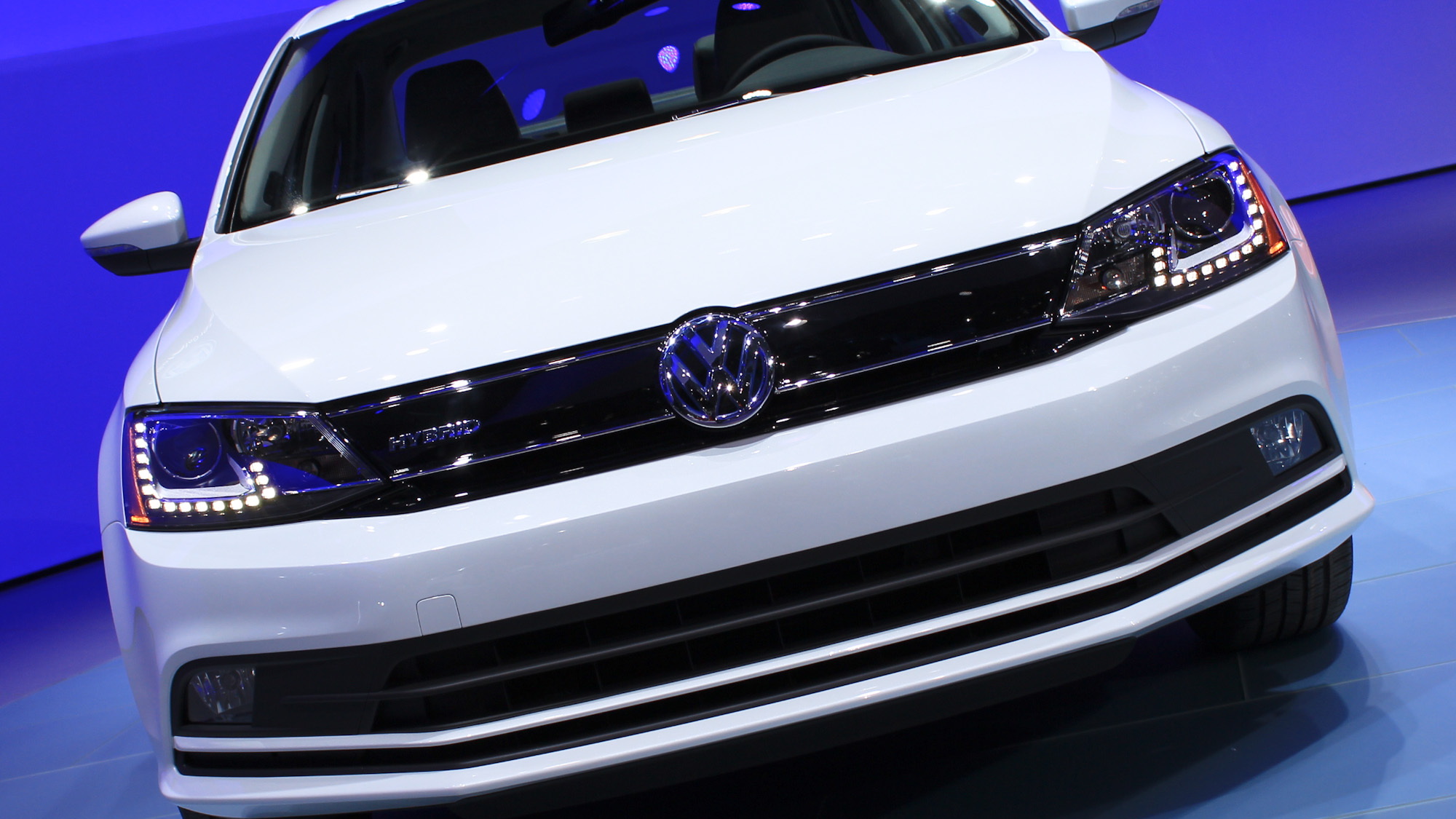 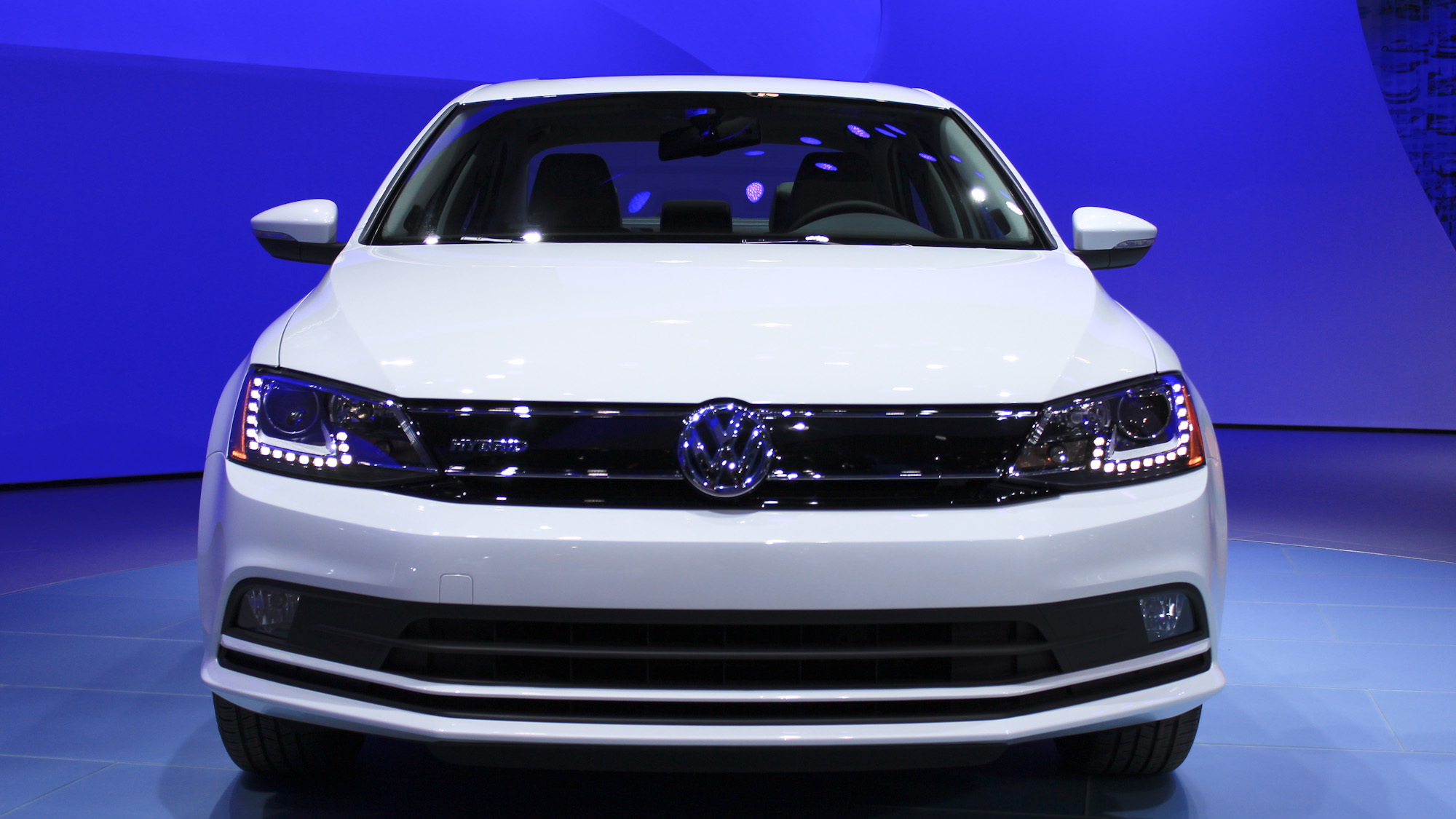 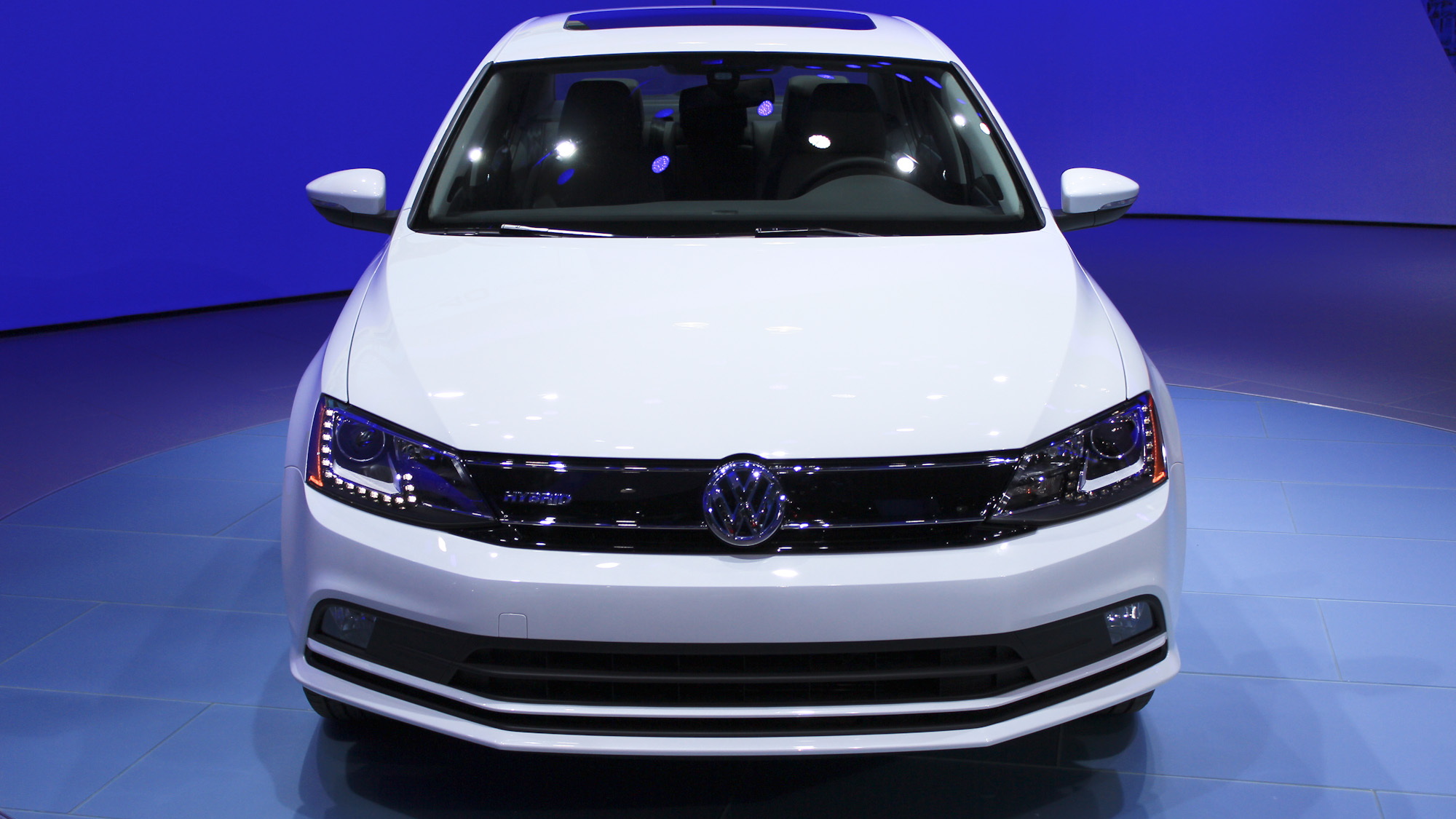 27
photos
Volkswagen is to launch a revised 2015 Jetta sedan at the New York Auto Show--but wagon duties will move to its VW Golf sister car.

The 2015 Jetta is denoted by subtle styling revisions, a new TDI diesel powerplant and a series of equipment and safety system improvements.

Visually, it's very similar to the previous model--noticeable changes amount to a revised radiator grille at the front and small aerodynamic lip to the rear trunklid.

Peer closer and only the sharpest of spot-the-difference competitors will also notice new bi-xenon headlights, chrome-linked LED daytime running lights and re-sculpted foglights at the front, and LED tail lights on GLI and Hybrid models.

The changes are as much for aerodynamic purposes as they are visual, and VW has worked hard to optimize several key areas to improve its ability to slip through the air.

The revised front bumper features airflow-optimized intakes, and VW has reworked the rain gutters either side of the A-pillar to improve airflow.

Small spoilers on the sills help direct air around the wheels, there are new underbody panels around the rear axle, and GLI and Hybrid variants get redesigned front and rear spoilers and sill extensions.

On the Jetta 1.8T and the 2.0 TDI Clean Diesel, active shutters on the radiator grille open and close depending on the engine's heat requirements--enabling a quicker warm-up and better aerodynamics at speed.

Opt for the Jetta TDI and you'll find an all-new diesel powerplant under the hood.

We're already familiar with the new power unit, and it's set to appear across the full VW lineup for 2015. Two liters in displacement, the EA288 unit produces 150 horsepower, 10 hp more than before. It also develops a useful 236 lb-ft of torque from 1,750 rpm--ideal for highway cruising.

Volkswagen will introduce several driver assistance systems with the new Jetta, helping make it that little bit safer than before.

Blind spot detection is nothing new to the market, but it's new to the car--giving drivers a visual warning if a car has moved into their blind spot. A flashing symbol in the side mirrors lets you know it may not be safe to change lanes.

Drivers opting for blind spot detection will also get VW's rear cross-traffic alert. This makes the driver aware of other vehicles around the rear of the vehicle, both stationary and moving--and can also warn of an impending collision.

Frontal collision warning does the same at the front, using radar to judge how close you are to the car in front--and whether such a distance is safe.

Bi-xenon headlights are now available too, as are lights that swivel up to 15 degrees in turns. Drivers can also enjoy a new multifunction wheel, redesigned vent controls and ambient lighting in the lightly-revised interior.

The 2015 Volkswagen Jetta is set to arrive at U.S. Volkswagen dealers in the third quarter of 2014.