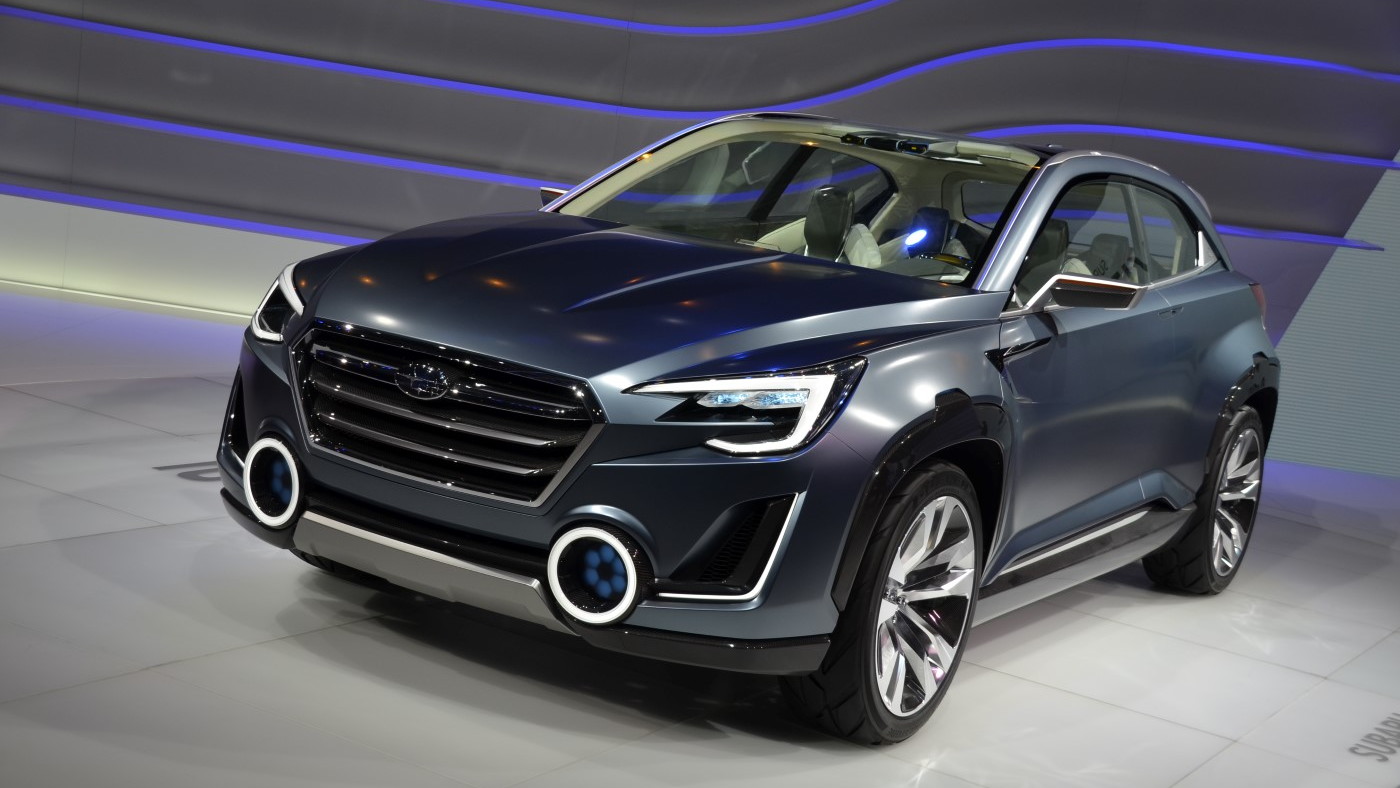 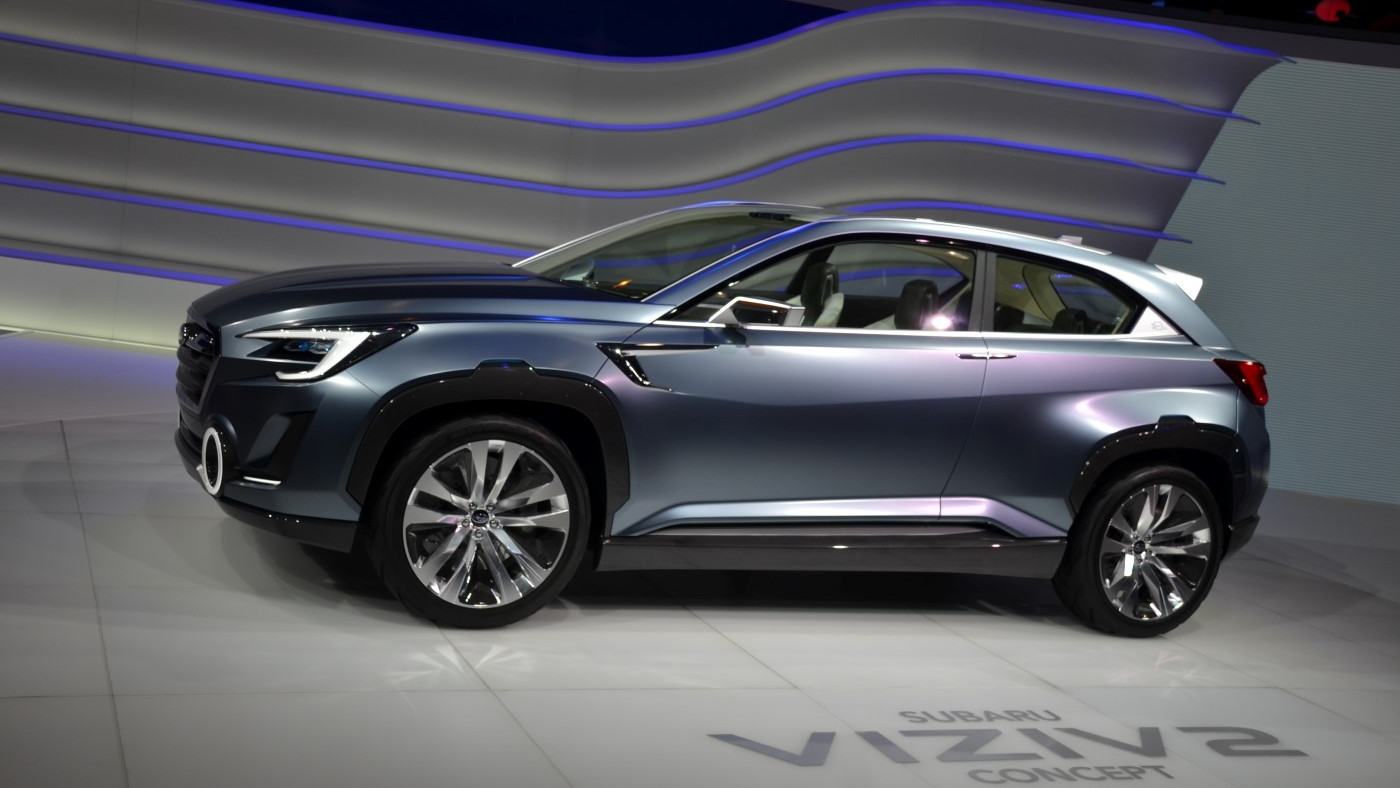 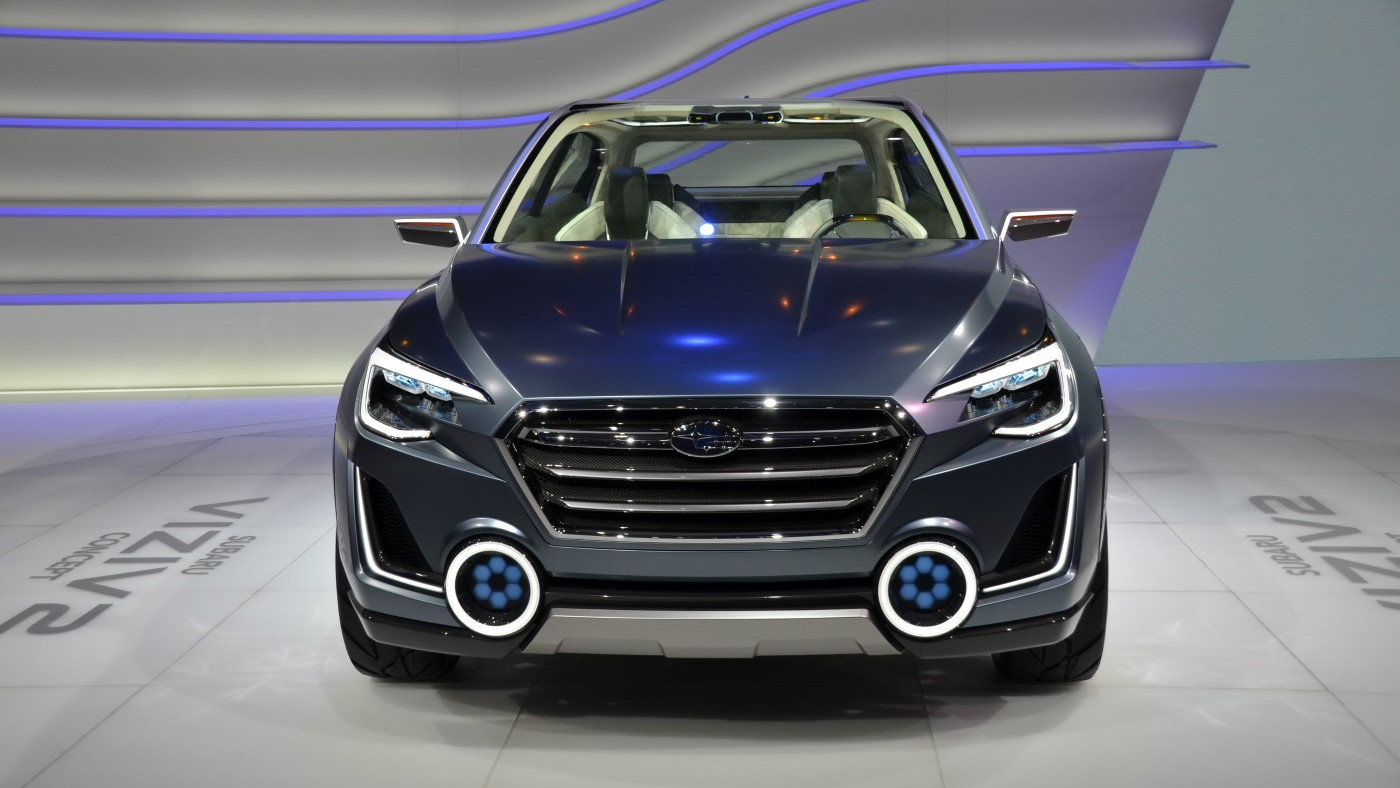 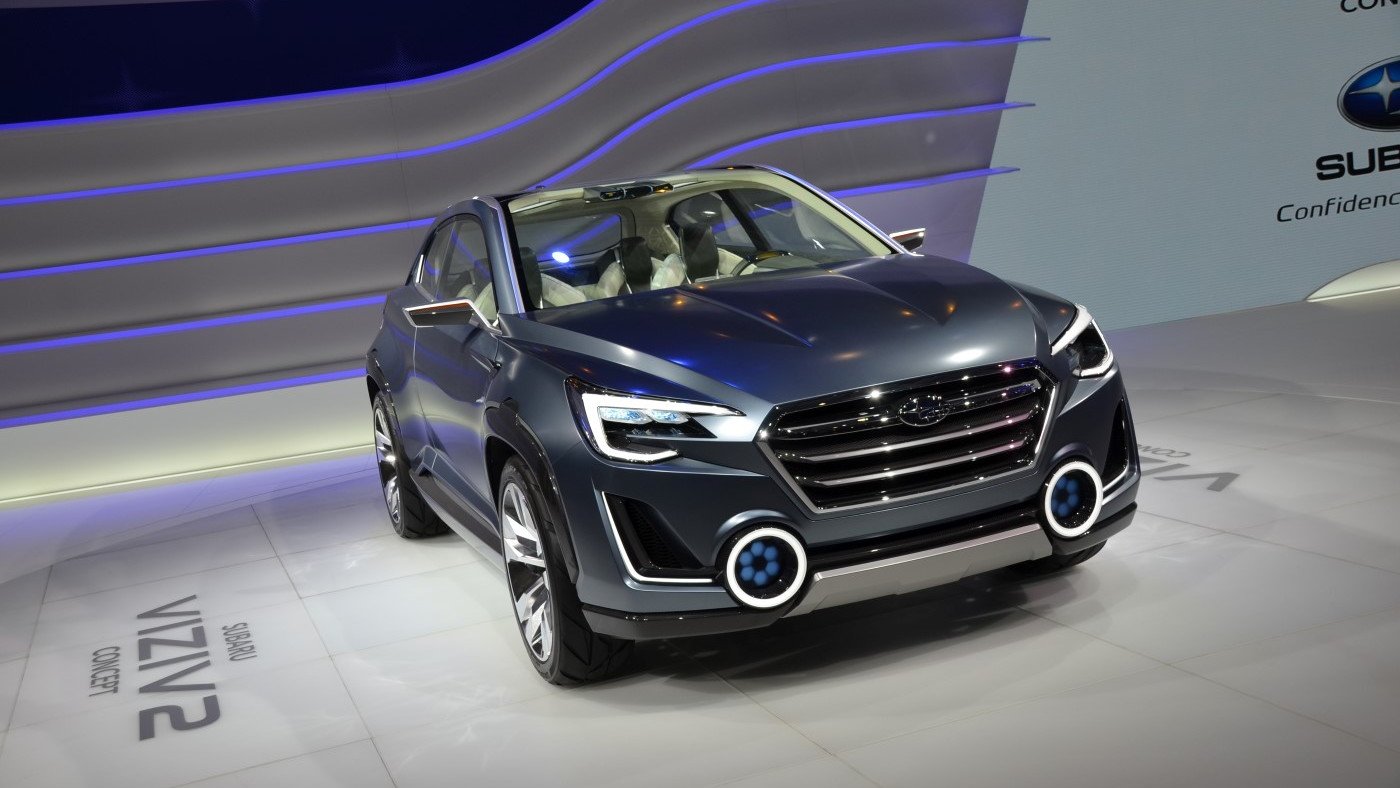 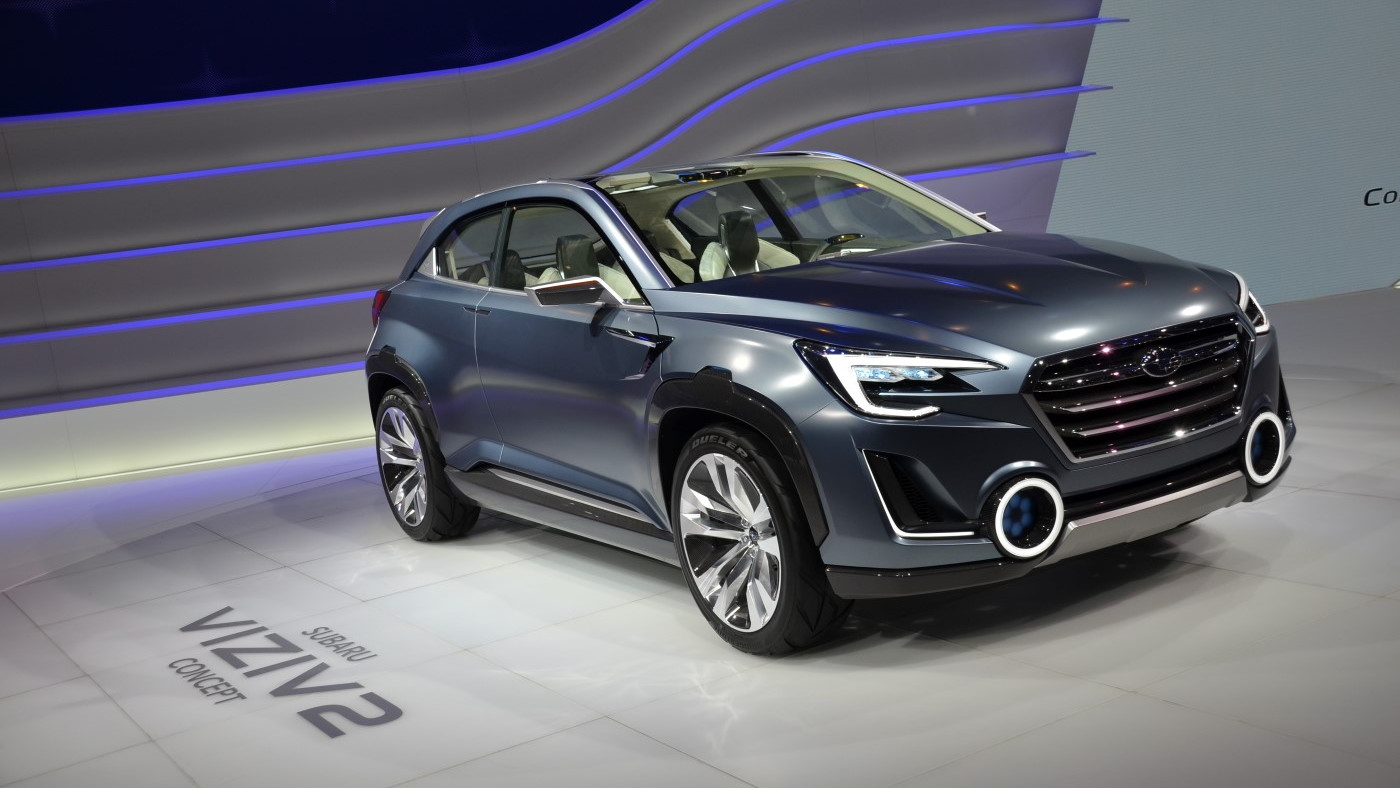 This year, the Viziv is back--but Subaru has updated it with all-new styling.

Viziv-2 might be an unimaginative name, but the crossover is Subaru's latest take on the three-motor diesel-hybrid setup and looks a lot more production-viable than the first concept.

At the front it isn't far removed from the latest Legacy, with a prominent grille and--for the time being--intricate, typical-concept-car-style headlights.

The Viziv-2's driving lights would also change should a production version hit the road, ringed LED units surrounding a neat snowflake-style hexagonal pattern. The same detail appears at the rear, surrounded instead by red LED rings.

Another distinct concept car touch, and one equally unlikely to make production, is the car's set of Lamborghini-style front doors and the rear sliding doors, which pivot outward and backward when opened.

They give wide access to an interior swathed in light-colored leather, a large center console stretching into the rear of the car, and dual electronic displays giving access to the car's functions. Subaru says it's designed to be as easy-to-use as possible, with function and safety also prioritized.

It sends drive through a Lineartronic continuously variable transmission, assisted by electric motors at the front and rear.

One of the three electric motors helps the diesel unit do its thing, while the other two operate the left and right rear wheels, kicking in when driving conditions demand it.

They also provide a torque vectoring function, varying power across the rear axle to mitigate understeer and improve traction when cornering. With no mechanical link between front and rear wheels, the usual propshaft can be eliminated entirely.

As you'd expect, the electric motors do most of the work at city speeds, replaced by diesel as velocity increases.

Subaru has also introduced new driving modes on the Viziv 2, as part of its 'SI-DRIVE' system. In addition to the original 'Intelligent' and 'Sports' modes, there's a new 'Eco-Cruise' mode, which uses Subaru's 'Eye-drive' camera to monitor driving conditions and adjust engine and motor outputs accordingly.

Stay tuned for more launches and live images from Geneva. For the time being, check out our dedicated Geneva Motor Show page for more.