China plans to continue its electric-car subsidies as part of a continuing effort to jump-start plug-in sales, which so far have been minimal, and reduce air pollution.

The Chinese government announced Saturday that it will extend electric-car subsidies past the 2015 expiration date, Reuters reports.

The current subsidies of up to 60,000 yuan (about $9,800) apply not only to pure battery-electric vehicles, but also to "near-electric" plug-in hybrids, and hydrogen cars. However, hybrids are not eligible.

These subsidies will be allowed to expire in 2015 as planned, but will be replaced with new incentives that will "preserve policy continuity," according to Reuters.

Details of the new policy will be released later at an unspecified date.

In the meantime, China will cut the current electric-car incentives by 5 percent this year, and 10 percent in 2015, Bloomberg Businessweek reports. Those cuts are smaller than originally anticipated.

Maintaining subsidies will help China reach the goal of putting half a million "new-energy vehicles"--including battery electrics, plug-in hybrids, and hydrogen-fuel cell vehicles--on the road by 2015, and 5 million by 2020. 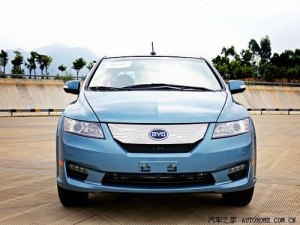 An influx of greener vehicles would help solve one of China's major problems: air pollution.

Last year, China became the first nation to surpass 20 million new car sales, and while vehicles are far from the only sources of air pollution in the country--industry and coal-fired power plants are the main sources--there has been considerable public pressure to lower emissions.

In addition to the "new-energy vehicle" subsidies, the Chinese government has also adopted stricter fuel-economy standards, and plans to work with the United States to draft stricter emissions laws.

Despite the pollution problem and the existence of government incentives, Chinese consumers have not shown much enthusiasm for electric cars.

Lack of technical expertise has also made it tough for local automakers to develop electric cars.