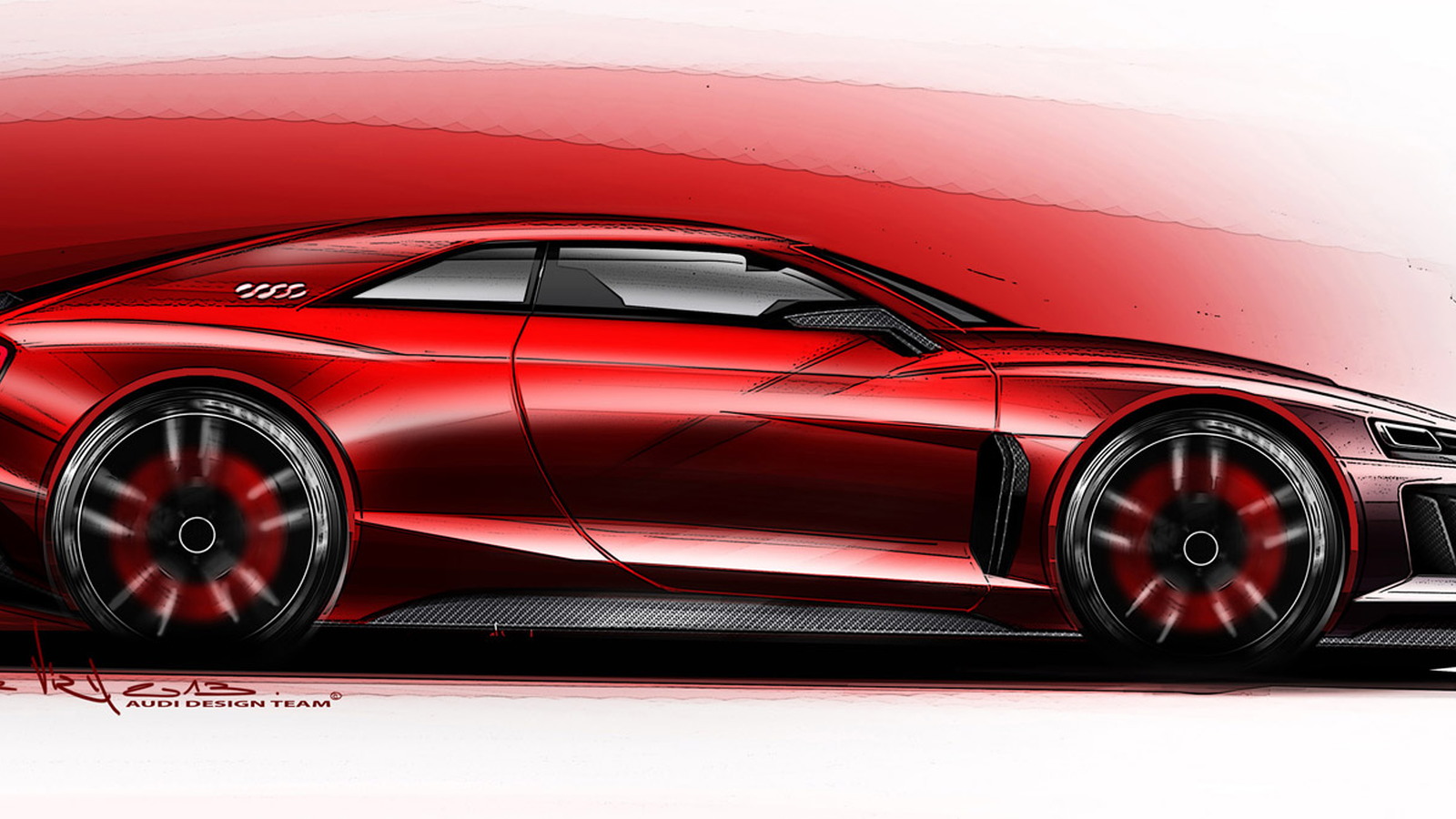 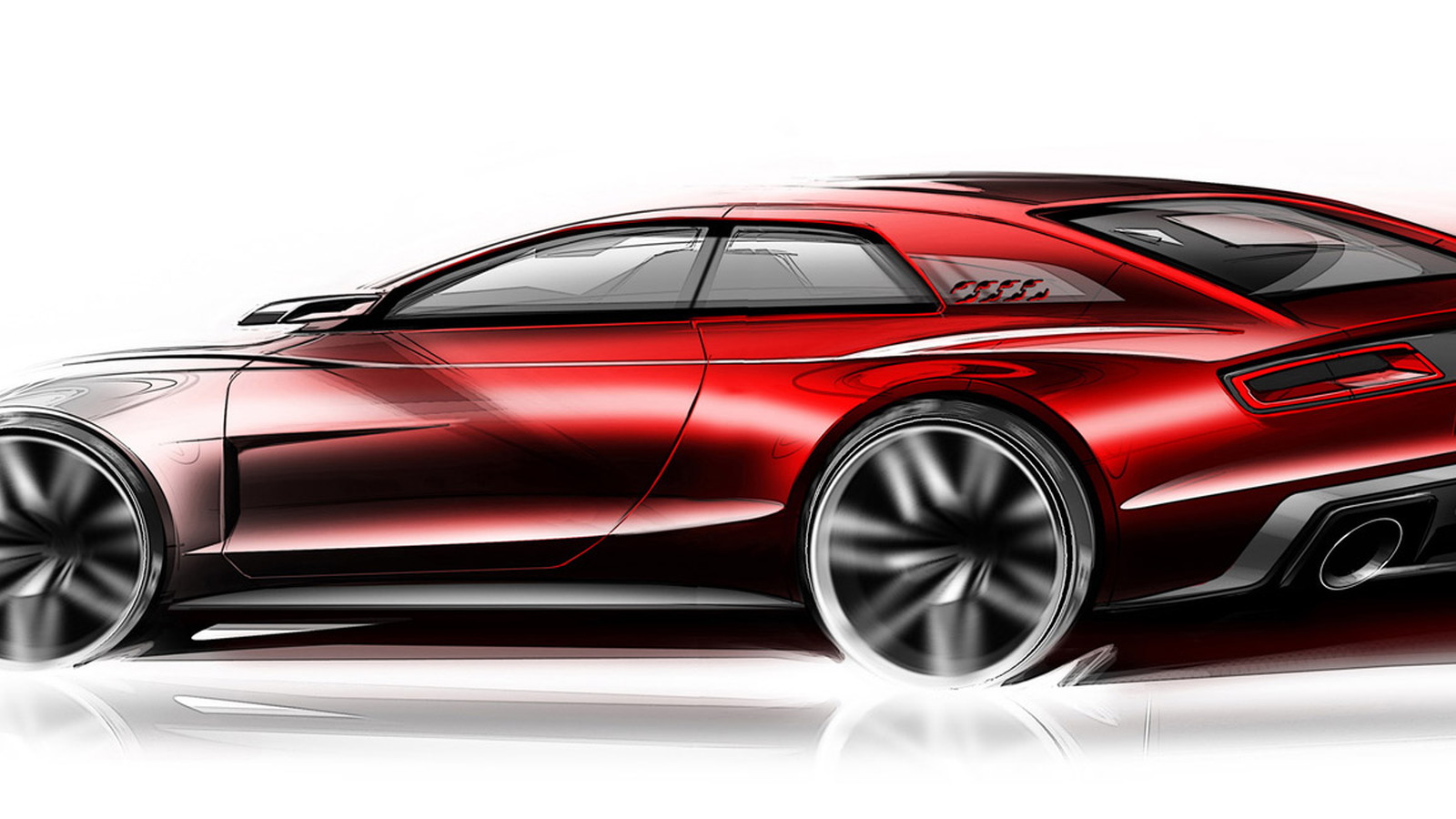 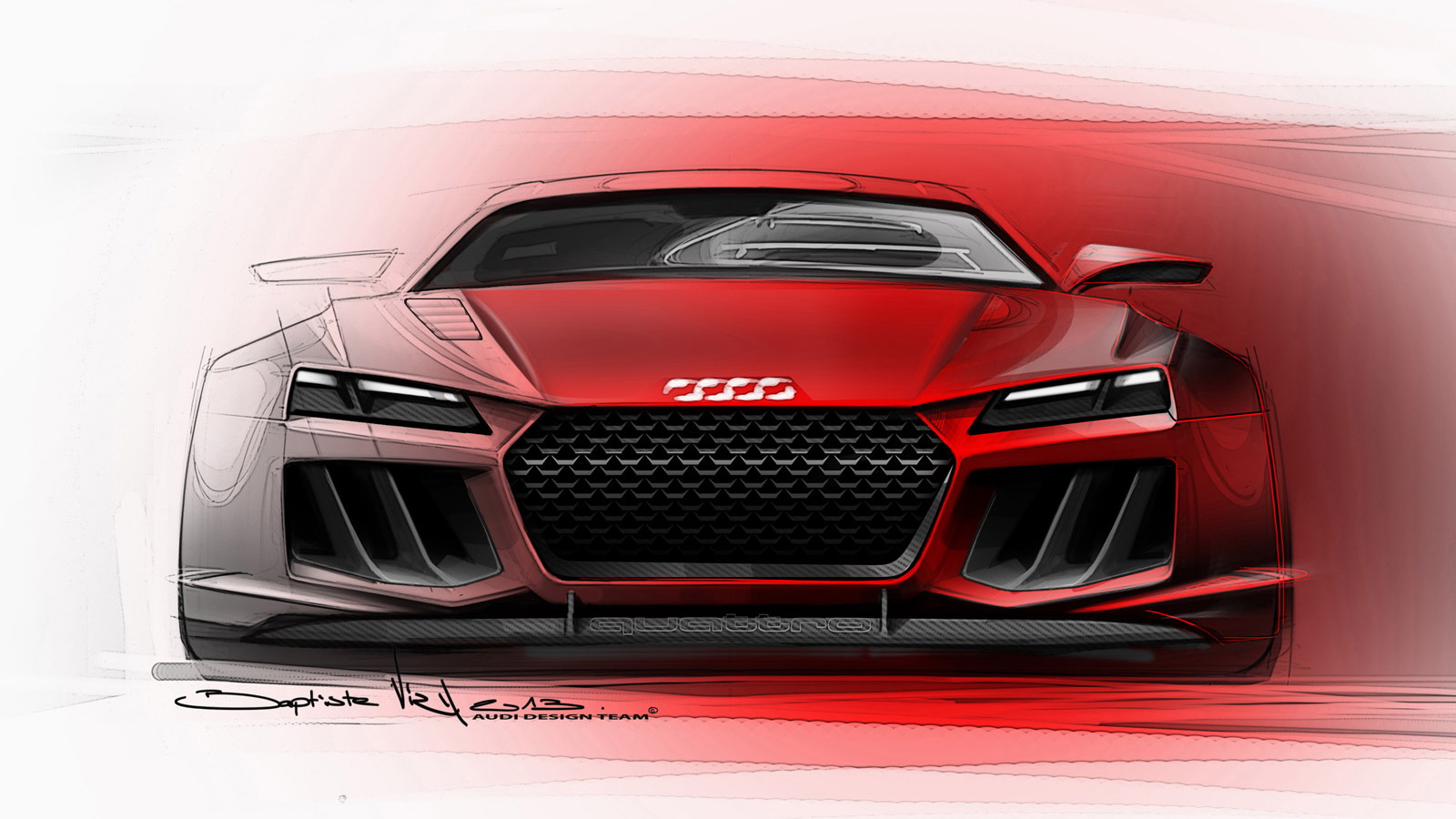 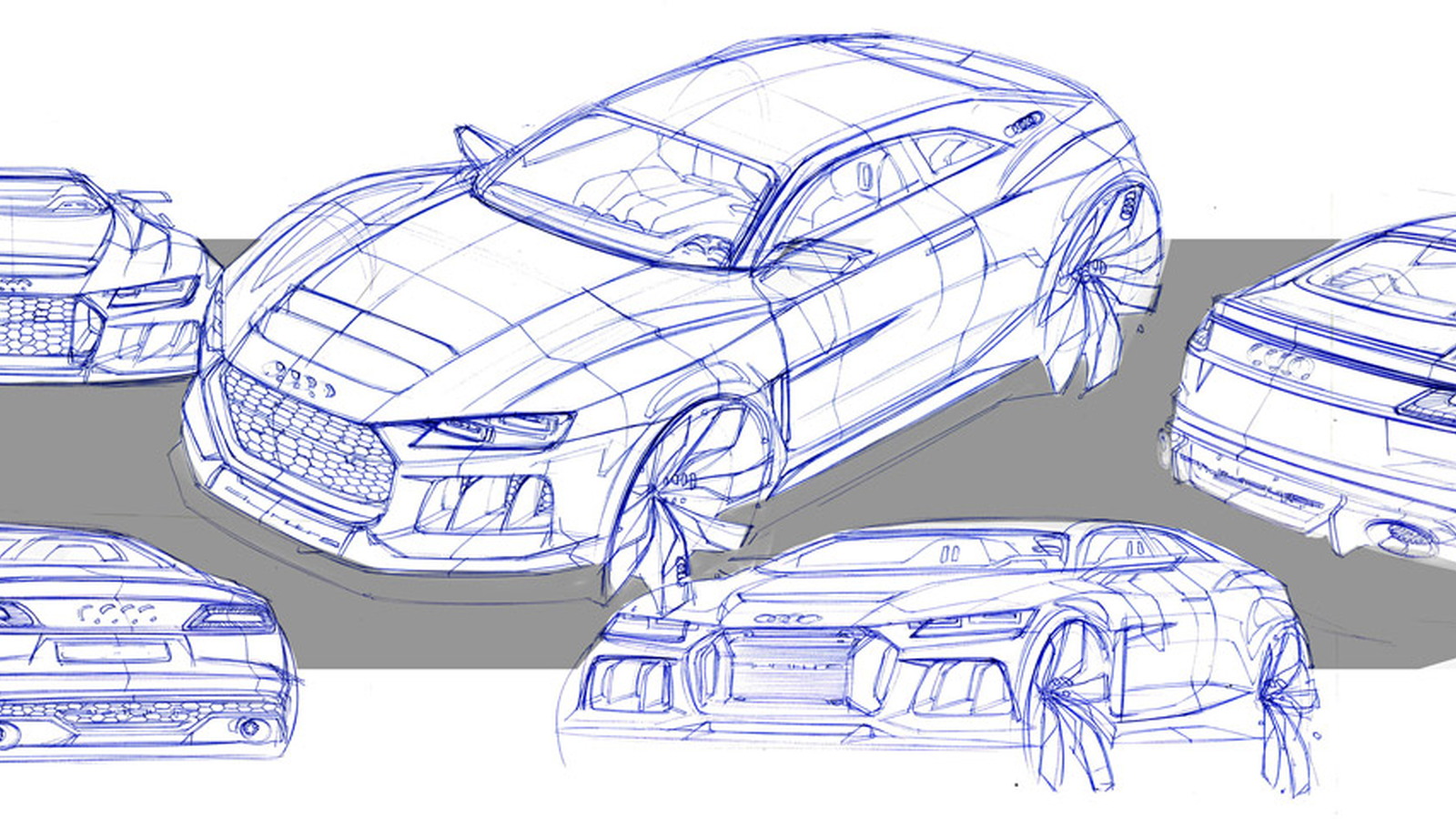 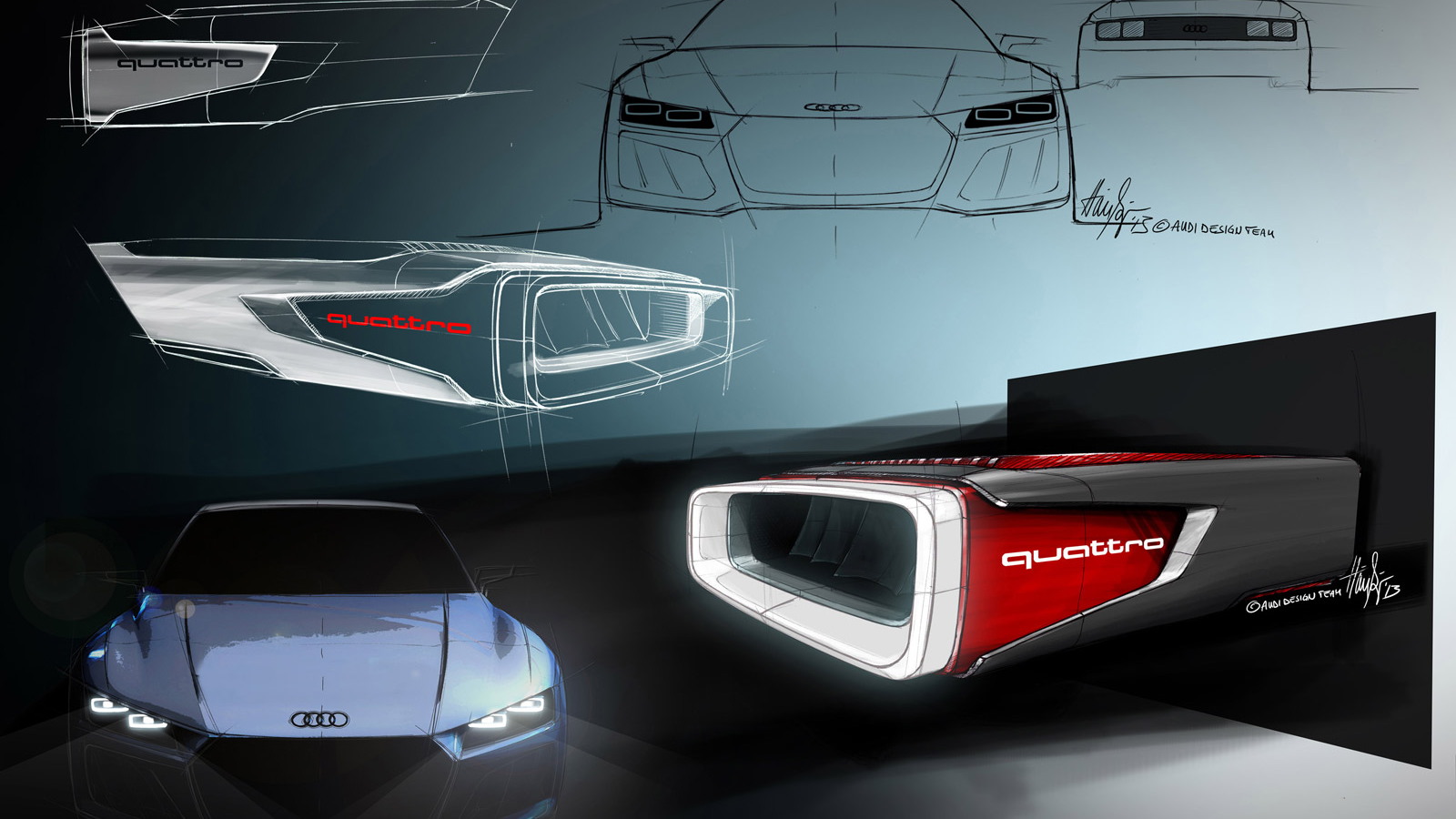 12
photos
It seems strange that Audi has so far failed to capitalize on the huge success of its R18 e-tron quattro endurance racing cars.

They're without doubt some of the most technologically-advanced race cars of the modern age, yet the Ingolstadt automaker has made only token references to the R18 with plug-in hybrid or diesel A3 hatchbacks, or the not-for-production R8 e-tron supercar we drove in Berlin a few months back.

The company's next sports car, due to be unveiled at the 2013 Frankfurt Auto Show next month, may well change that.

The new Audi quattro concept harks back to the original rally quattros of the 1980s, with boxy styling and squat dimensions. That influence is clear enough to see from the teaser sketches.

But our sister site Motor Authority speculates the car may also feature an e-tron quattro hybrid drivetrain, to enhance the link between Audi's on-track success and the performance cars it sells for road use.

It would certainly make for a more exciting link than putting an 'Ultra' badge on a diesel A3, that's for sure. And hybrid technology will appear in several other sports cars over the next few years, from the nearly-ready Acura NSX, through rumors of a hybrid Nissan GT-R, to Ferrari, McLaren and Porsche's next hypercars.

The alternative--a regular twin-turbocharged, 4.0-liter V-8 with around 600 horsepower--is a little less exciting, at least from a green point of view...

If a production car ever hits the streets, it'd be expensive too--over $180,000, says Motor Authority.

The quattro concept will be unveiled in full at the Frankfurt Auto Show on September 10.