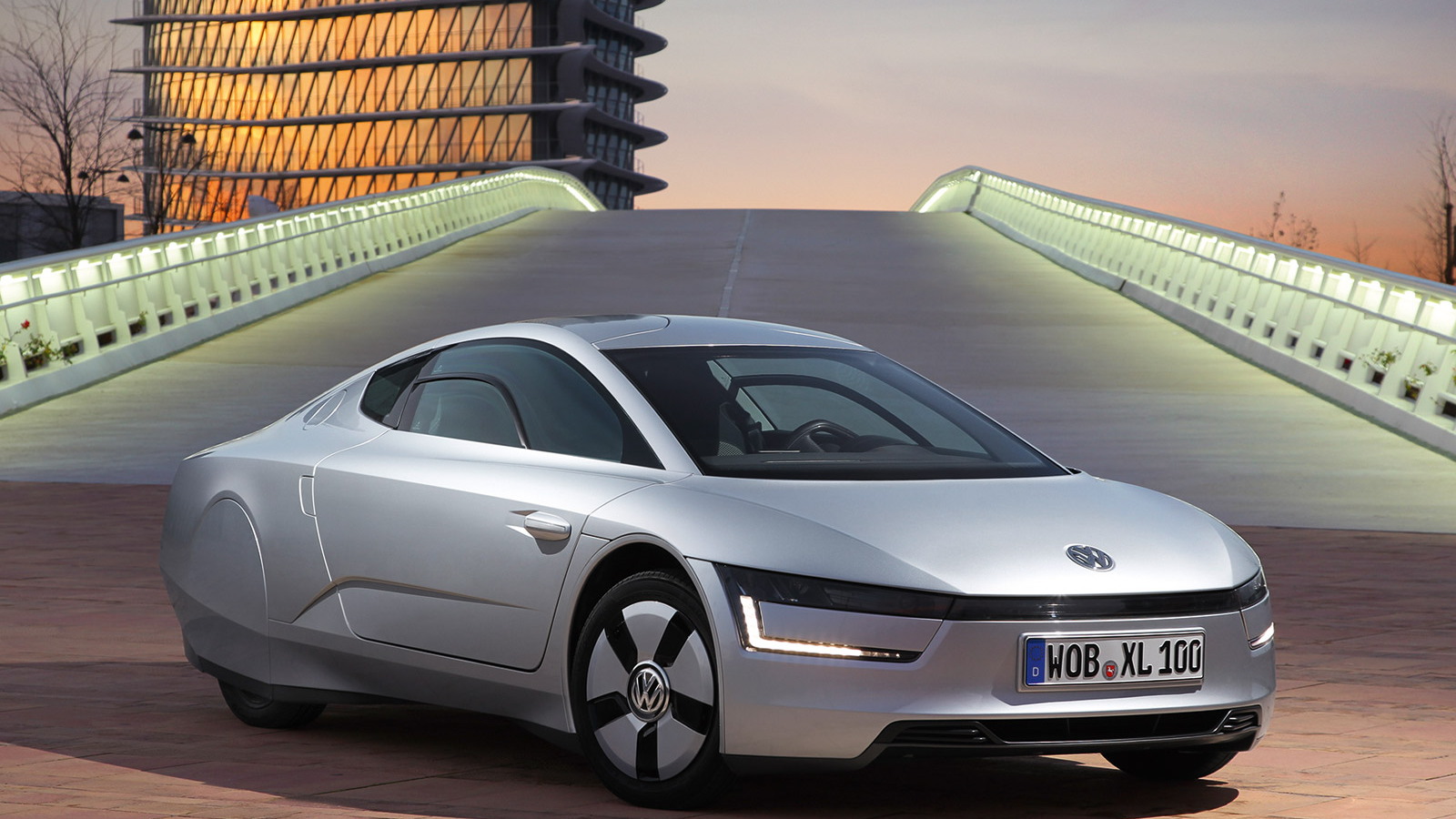 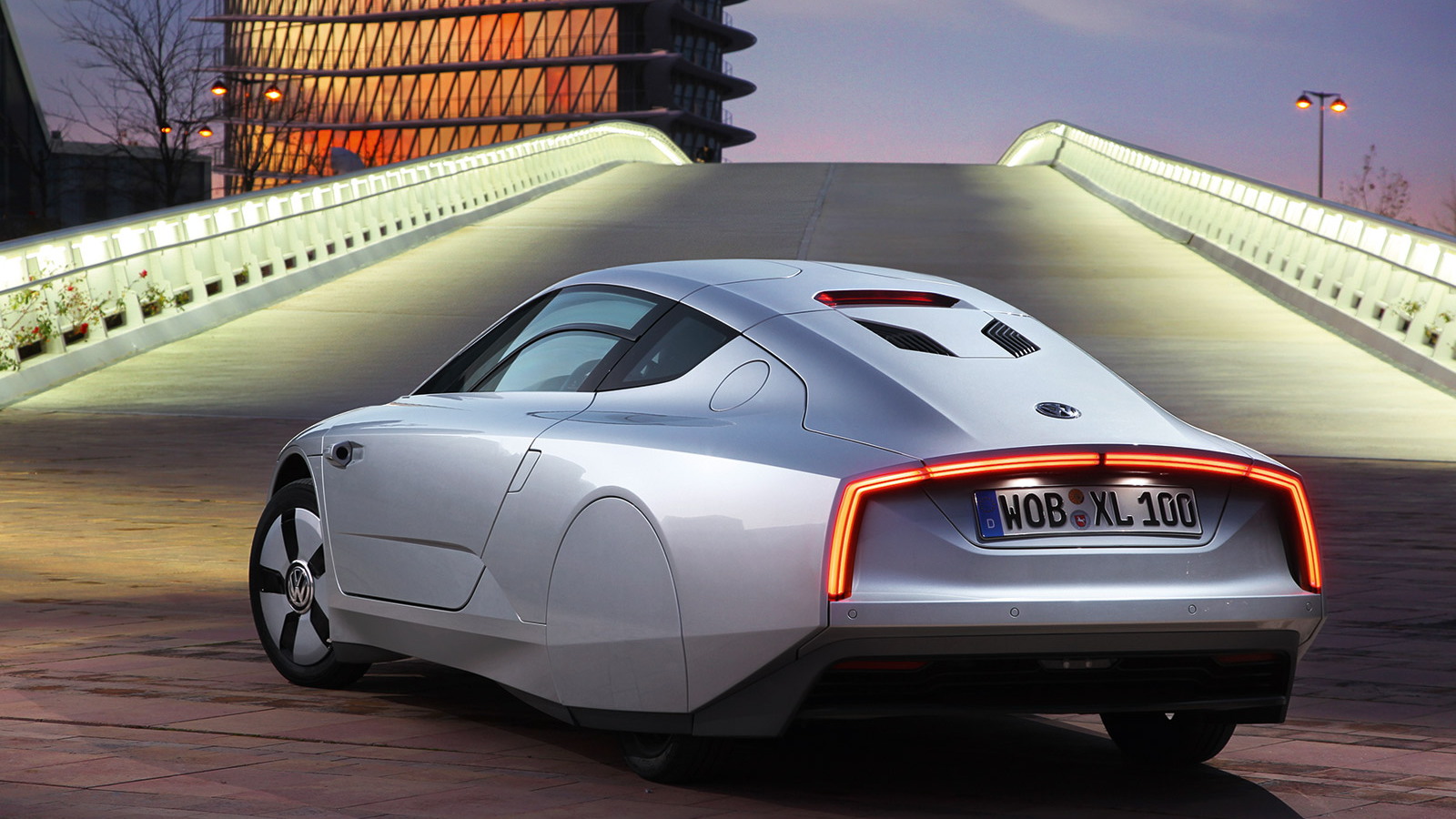 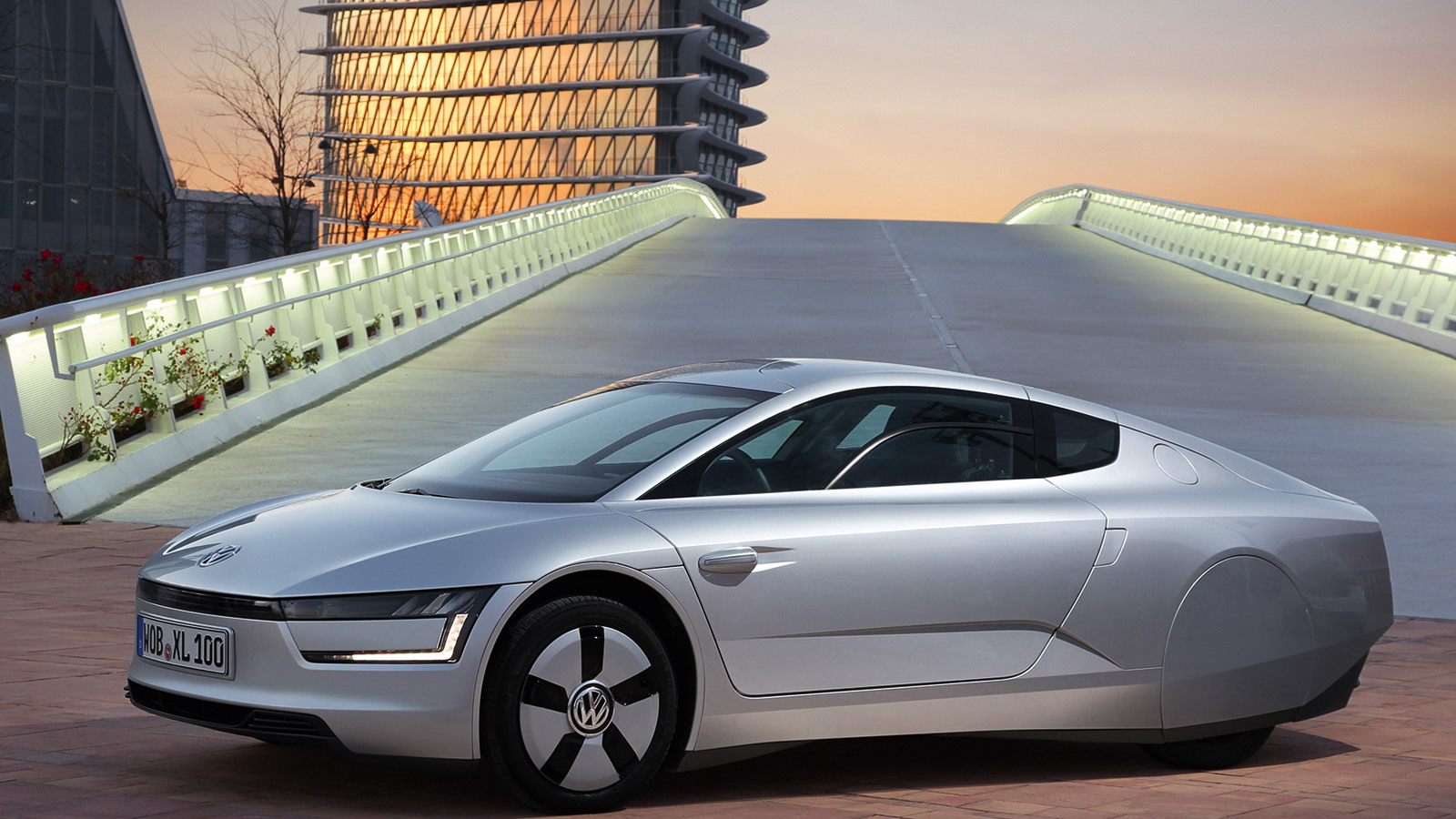 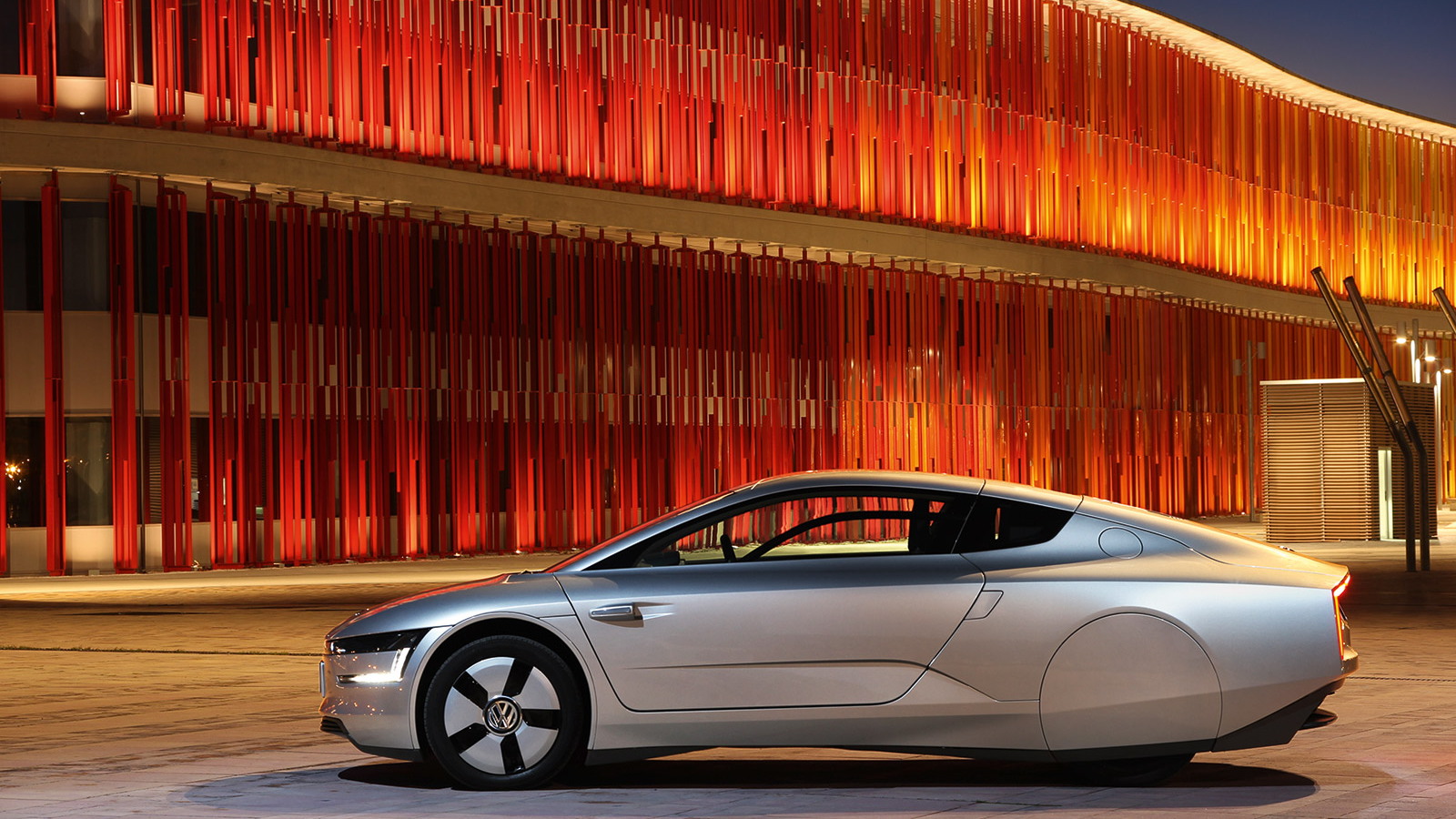 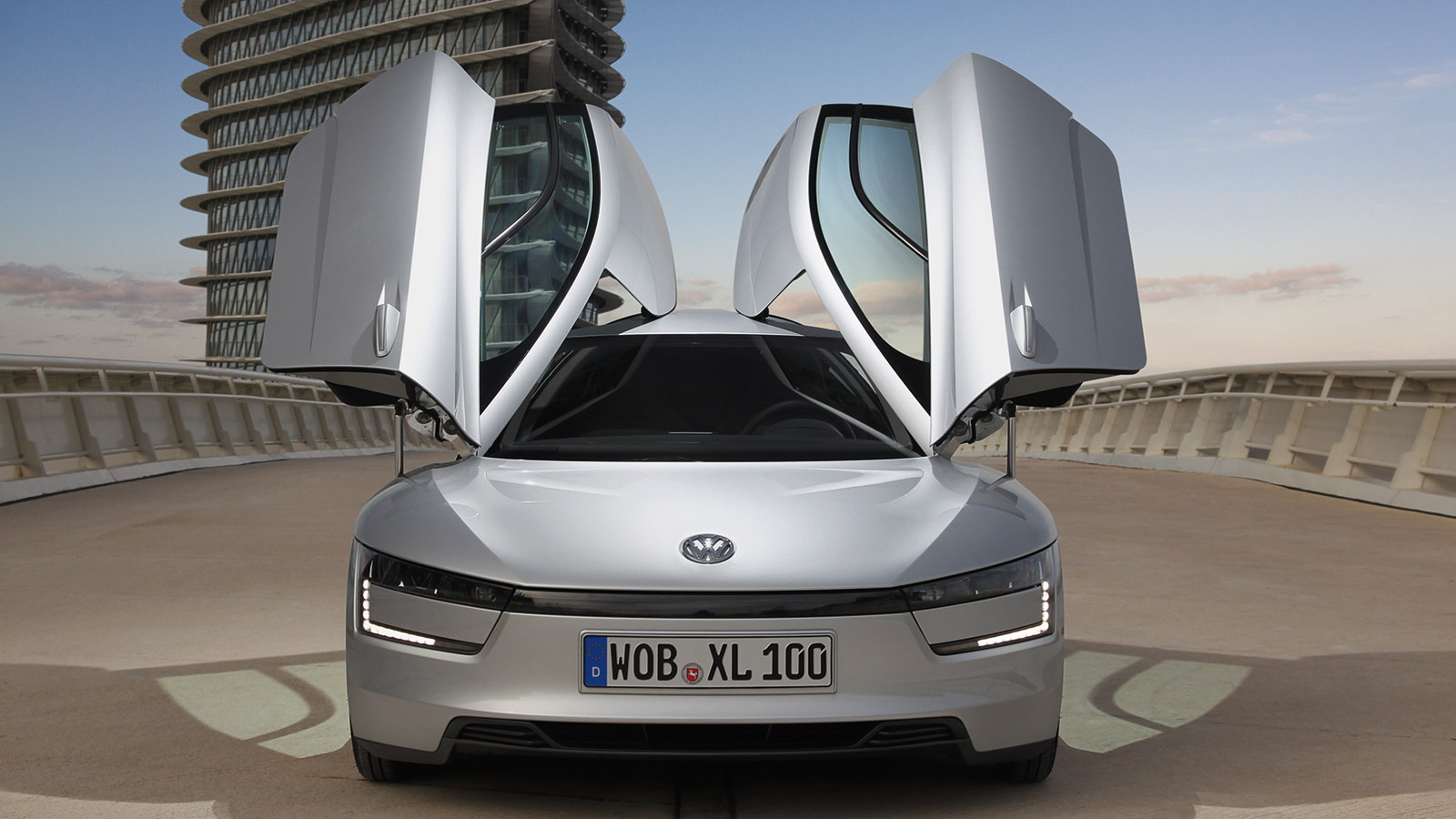 11
photos
While the assembled hoardes drooled over Ferraris, Porsches and McLarens at March's Geneva Motor Show, those of a greener disposition were more interested in another vehicle.

Launched alongside the hybrid hypercars was a true hybrid supercar in its own right--the plug-in diesel hybrid Volkswagen XL1.

Its 261 mpg combined gas mileage figure raised a few eyebrows, but as usual such a higher figure has quickly been disproven--the XL1 "only" gets 120 mpg in real-world driving.

Not that the 120 mpg figure attained by Automobile (via Autoblog Green) is absolutely terrible... really, it's highly impressive.

Okay, so it serves to illustrate how messed-up official fuel consumption figures are for vehicles that use two sources of propulsion on a short, unrepresentative lab-based test. And that in turn shows us why we should be highly skeptical of any such official figure when thrown around at an auto show.

But it also shows just how much more there is to come from vehicles if 120 mpg is possible right now.

The XL1 isn't a "normal" vehicle by any means--you can gather as much from its cigar-shaped body, covered rear wheels and supercar-style doors.

Under the skin it uses an engine that you'd hope would be economical in anything small and light, with just two diesel-fired cylinders and 47 horsepower to its name.

Power is enhanced a little by a 27-horsepower electric motor, but its 12.7-second 0-62 mph time confirms that this is an eco-car first and foremost. Such a sprint would be borderline acceptable in Europe, but less so in the U.S.

Electric range is around 30 miles from the 5.5 kWh lithium-ion battery, though the journalist reports that higher speeds are better served by the (rather noisy) diesel engine than they are by the electric motor.

However, 30 miles should provide the normal plug-in benefits when the small selection of lucky buyers--none of whom will be in the U.S, it seems--get their hands on the car, with enough range for the daily commute. In such a scenario, that unlikely 260 mpg figure might hove closer into view.

And they'll have fun too, if Automobile's review is anything to go by.

In whatever format the XL1's technology eventually reaches full-scale production, it's reassuring to know that regular production cars with 100 mpg capability aren't that far out of reach.

VW breaks ground on first EV “gigafactory,” starts PowerCo business to oversee it and many more