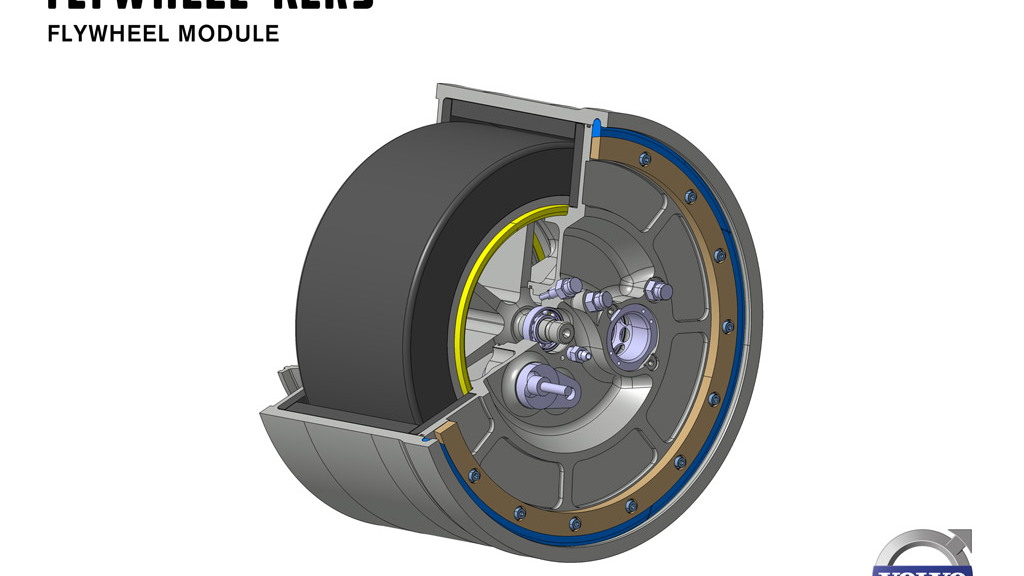 3
photos
If you follow Formula One racing, you'll have heard of KERS, or Kinetic Energy Recovery System.

There are several techologies being used, but among them is flywheel KERS, using a spinning flywheel to capture energy which can then be used at a later time.

Volvo has been trialing such a system for its road vehicles for the last two years, and has now announced the successful completion of its testing program.

According to our sister site Motor Authority, Volvo's tests showed the system can offer 25 percent fuel consumption cuts over a turbocharged six-cylinder engine, when paired with a regular four-cylinder turbocharged unit.

That's while offering performance comparable with the larger engine, a typical benefit of hybrid systems.

Flywheel KERS works by spooling up a flywheel when a driver brakes, and then using that kinetic energy to assist the car under acceleration, both boosting performance and reducing fuel use.

The energy in Volvo's flywheel is equivalent to 80 horsepower. In Volvo's S60 test car, the extra power to the rear wheels is enough to launch the car to 62 mph in just 5.5 seconds.

Like many hybrid vehicles, the system is said to work best in urban conditions. The flywheel stores only limited energy--albeit enough to power the car alone for short periods--so the constant stop and go of urban traffic allows it to be used most effectively.

It's also cheaper, easier to maintain and lighter than a typical battery-based hybrid.

Volvo says the system will now be implemented in prototypes for its future vehicles, helping the company evaluate a possible production model.