With electric cars taking up 3 percent of the market for new car sales in a country of only five million people, Norway is one of the most electric car-friendly countries on the planet.

But how much is Norway's pro-electric car stance actually costing the country--and can any of the country's techniques really be used elsewhere?

Probably not, concludes Reuters. That's not to say that the market for electric cars won't grow elsewhere, but it might have to do so more organically than the heavily incentivized methods used by Norway.

The country's various subsidies for electric vehicles amount to as much as $8,200 per car--every single year.

That's partly down to Norway's heavy taxation, which sees the prices of regular cars pushed significantly higher than they are elsewhere. A basic Volkswagen Golf, that costs the equivalent of $24,600 in the United Kingdom, can cost $42,000 in Norway.

You can bet Nissan Leafs would sell quicker in the U.S. if they cost only $500 more than an equivalent gasoline car, that's for sure.

The tax breaks on purchase amount to around $1,400 per year over a car's lifetime, according to a study by Statistics Norway analyst Bjart Holtsmark. To this, the average driver can add $1,400 in road toll savings, free parking worth $5,000 and avoid other charges of around $400. All those figures are per year savings.

In addition, electric car drivers can save time as well as money--as they're allowed to use the country's bus lanes, denied to normal traffic.

These incentives will run until 2017, when the scheme will be reviewed. 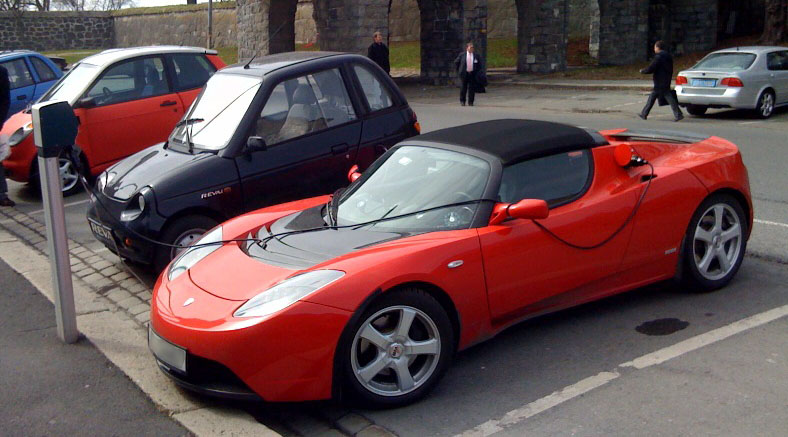 The trouble with Norway's incentives is that they could only really work in Norway.

For a start, the country has no moral dilemma over electricity generation. Almost 100 percent of Norway's electricity is generated through hydropower, so electric cars aren't just clean at the tailpipe, they're clean at the factory too.

This varies from country to country, but some, like India or China, generate huge amounts of pollution through electricity generation--encouraging thousands of extra drivers to use electric vehicles could potentially make the issue worse, even if the streets themselves are a little cleaner.

One line of argument suggests that it could be environmentally problematic even in Norway.

Because of the cars' relatively short range, they still tend to be bought as second or third vehicles in Norway--rather than using the country's public transport system. In effect, it's encouraging the production of extra cars, and putting more traffic on the roads. An electric car in traffic might not pollute, but the vehicles stuck around it still do.

There are other issues associated with Norway's push towards electric vehicles--and even some owners themselves are worried.

First, there's the problem of just what may happen if the subsidies end. Make the cars less attractive to customers and you introduce several problems: They're more expensive to run, less convenient (those bus lane perks will disappear) and they cars become less desirable as used vehicles too--so values drop and current owners lose even more money.

And while Norway is oil and gas-rich and can afford large subsidies, the country is still paying a lot to keep those cars on the road.

Holtsmark estimates that the typical subsidies on a Nissan Leaf amount to Norway paying $13,600 to avoid one ton of greenhouse gas emissions. On the European market, the right to emit one ton of emissions is around 4 Euros--about $5.20.

That's certainly admirable from an environmental standpoint, but whether it's financially sustainable or not is a different matter--particularly as Norway's 10,000 plug-in vehicle tally rises.